Book of Mormon Central / KnoWhys
How Can We Know What to Believe about Joseph Smith’s Personal Character? 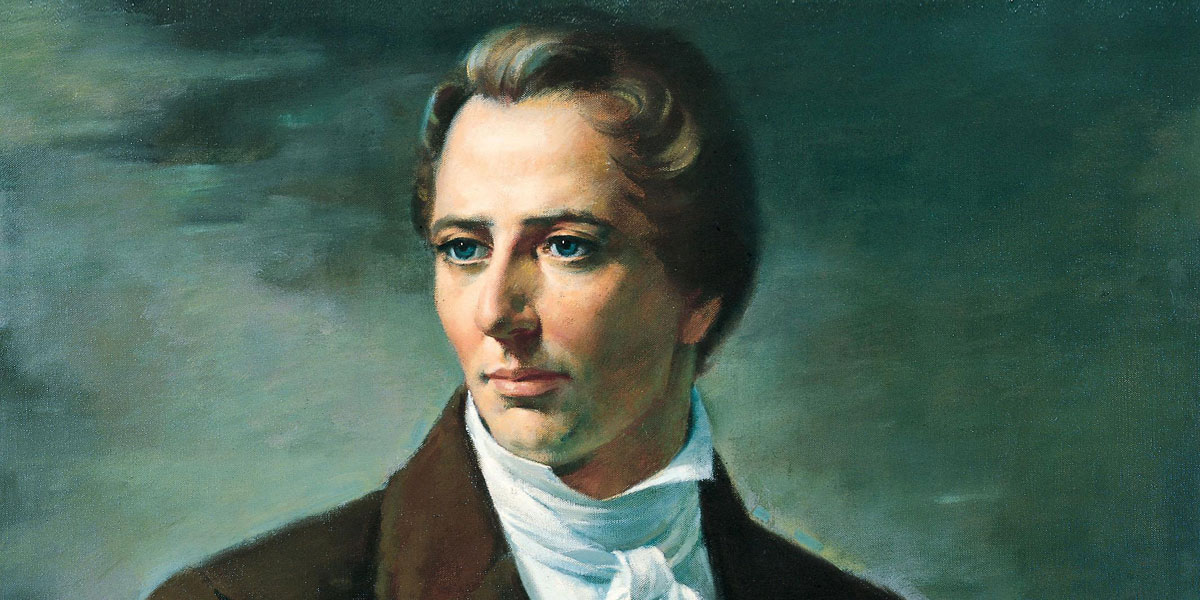 The Prophet Joseph Smith, by Alvin Gittins via lds.org
“And there was not any man who could do a miracle in the name of Jesus save he were cleansed every whit from his iniquity.”

In his first interview with the angel Moroni, Joseph Smith was told that his “name should be had for good and evil among all nations, kindreds, and tongues, or that it should be both good and evil spoken of among all people” (Joseph Smith—History 1:33). Joseph, who was only 17 years old at the time, must surely have been startled by such a revelation.1 What about his life would simultaneously evoke such devotion and derision? Moreover, how can honest seekers of the truth know what to really believe about his personal character in the face of these competing perspectives?

Through the efforts of The Joseph Smith Papers project, numerous historical documents pertaining to the prophet’s life and ministry have recently been made available to the general public.2 Now, more than ever before, Joseph Smith’s life is on full display before the world.

In his own statements, Joseph acknowledged that he was not a perfect man. In response to allegations of misconduct, he confessed that as a youth he “fell into many foolish errors … [and] diverse temptations.”3 However, he clarified that these were not “great or malignant sins”4 but rather that he had “a light, and too often, vain mind, exhibiting a foolish and trifling conversation.”5 On one occasion, Joseph explained, “Although I do wrong, I do not the wrongs that I am charged with doing.”6 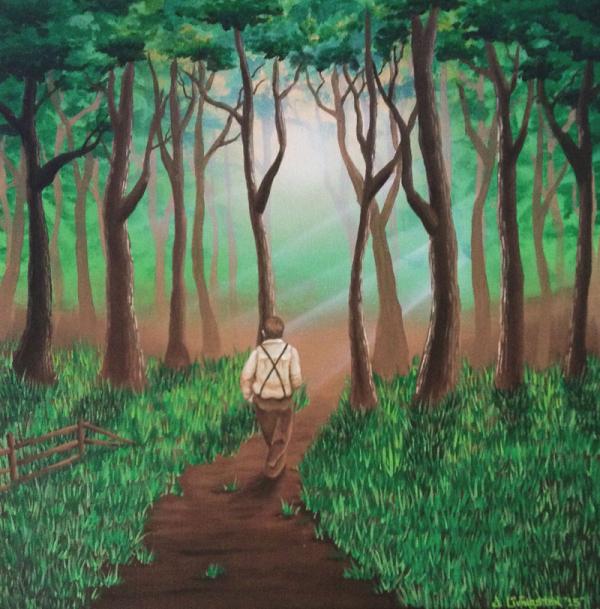 The Sacred Grove by Jody Livingston

Joseph’s Christian piety and moral character can be demonstrated through a number of personal documents. In an 1832 letter to his wife Emma, Joseph reported that “the Lord assisting me, I have visited a grove … almost every day … to give vent to all the feelings of my heart in meditation and prayer.”7 Writing from a hotel room in New York City several months later, Joseph mentioned that rather than sightseeing, he preferred “reading and praying and holding communion with the Holy Spirit.”8 After surveying these and other personal documents, historian Richard Anderson explained, “The early Joseph is above all the Joseph of faith, of great humility, and of constant prayer.”9

Reports from those who knew Joseph Smith intimately help confirm the evidence of his moral uprightness from his private documents. For instance, Joseph’s brother William remembered how their family responded after Joseph told them about his visit from the angel Moroni.

The whole family were melted to tears, and believed all he said. Knowing that he was very young, that he had not enjoyed the advantages of a common education; and knowing too, his whole character and disposition, they were convinced that he was totally incapable of arising before his aged parents, his brothers and sisters, and so solemnly giving utterance to anything but the truth. All of us, therefore, believed him.10 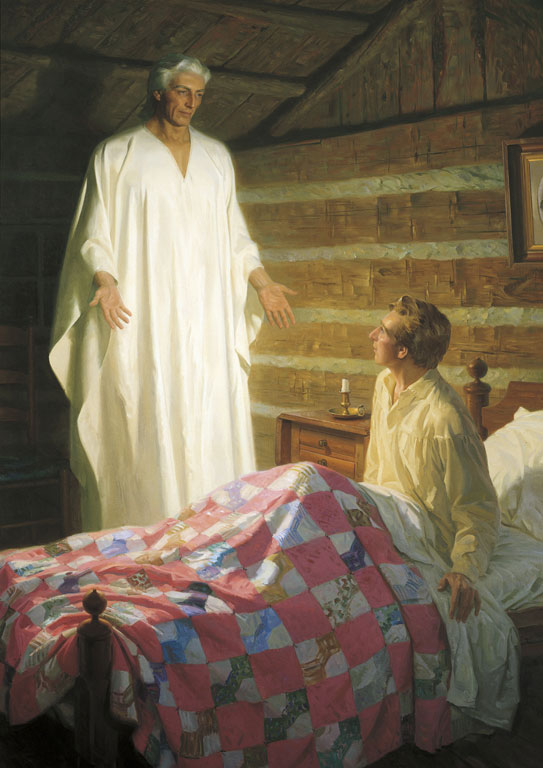 The Angel Moroni Appears to Joseph Smith by Tom Lovell. Image via lds.org

Anderson explained, “Two parents, five brothers, and three sisters of the Prophet Joseph Smith were living at the time of the coming of Moroni, and each became a devout believer in the reality of the revelations. They comprise a virtual jury qualified to evaluate the consistency of Joseph's early story and his personal believability in telling it. Without dissent, these eleven gave total acceptance.”11 Dozens of other testimonials come from those who witnessed the prophet’s integrity and goodness throughout the remainder of his life.12

Another mark of Joseph Smith’s sincere and noble character was his willingness to suffer persecution and even death for his beliefs and for those he loved. In a British newspaper, a non-LDS columnist remarked in 1851 that Joseph Smith

lived for fourteen years amid vindictive enemies, who never missed an opportunity to vilify, to harass, and to destroy him; and he died at last an untimely and miserable death, involving in his fate a brother to whom he was tenderly attached. If anything can tend to encourage the supposition that Joseph Smith was a sincere enthusiast … it is the notability that unless supported by such feelings [of sincere belief], he would have renounced the unprofitable and ungrateful task, and sought refuge from persecution and misery in private life and honorable industry.13

Finally, there are revelations from the Lord Himself that confirm Joseph Smith was divinely chosen as a prophet and that he remained the Lord’s servant until the end of his life. In 1841, the Lord stated, “Verily, thus saith the Lord unto you, my servant Joseph Smith, I am well pleased with your offering and acknowledgments, which you have made; for unto this end have I raised you up, that I might show forth my wisdom through the weak things of the earth. Your prayers are acceptable before me.”14

And in 1843, the Lord declared, “I say unto you, my servant Joseph … I seal upon you your exaltation, and prepare a throne for you in the kingdom of my Father, with Abraham your father. Behold, I have seen your sacrifices, and will forgive all your sins.”15 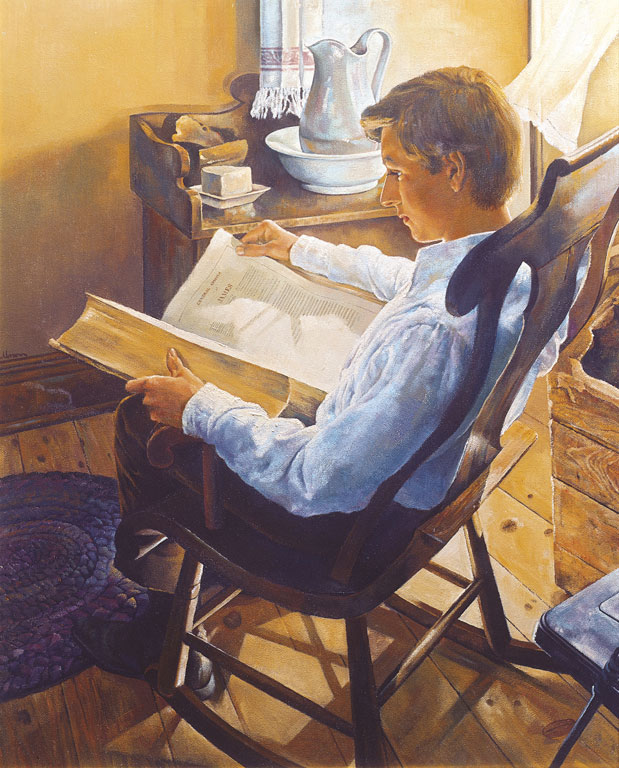 Joseph Smith Seeks Wisdom from the Bible by Dale Kilbourn. Image via lds.org

Yet some may wonder, if Joseph Smith was such an honorable man, then why are so many bad things said about him? The answers to this question may likely be as numerous as the prophet’s critics. For some, the reason is that his conduct or revelations contradict their theological, moral, or social convictions. For others, the idea that God could speak in such a direct way with anyone in modern times seems implausible. And a growing number of individuals simply do not believe in God period, and therefore any prophetic claims are seen as either fraudulent or delusional from the outset.

Unfortunately, because of such views, many have spread false or misleading information about the prophet, either intentionally or inadvertently. This situation has only perpetuated undeserved criticism.16 Whatever the reasons may be, the mere fact of opposition neither disproves nor confirms Joseph Smith’s legitimacy as a prophet.17 After all, many other prophets and even Jesus Christ Himself were scorned and rejected by multitudes of their people.18

Anticipating future prophets, both true and false, Jesus provided the only sure method of sifting through all of the clashing opinions of men: “Ye shall know them by their fruits. … A good tree cannot bring forth evil fruit, neither can a corrupt tree bring forth good fruit” (Matthew 7:16, 18).19 With these verses in mind, Elder Neil L. Andersen explained, “Each believer needs a spiritual confirmation of the divine mission and character of the Prophet Joseph Smith. This is true for every generation. Spiritual questions deserve spiritual answers from God.”20 Such a confirmation often comes through sincere study, diligent prayer, and faithful adherence to the revelations—or fruits—of the prophet.21

Elder Andersen further warned, “The negative commentary about the Prophet Joseph Smith will increase as we move toward the Second Coming of the Savior. The half-truths and subtle deceptions will not diminish. There will be family members and friends who will need your help.”22

None of us will ever fully and completely understand another individual in our own time period, much less one who lived two centuries ago. The historical record of Joseph Smith’s life is fragmentary, and there will always be unanswered questions about what, why, how, when and where he did or said something. For this reason, personal revelation from God must be the ultimate deciding factor in discerning his moral character and divine calling.

The Book of Mormon teaches that “there was not any man who could do a miracle in the name of Jesus save he were cleansed every whit from his iniquity” (3 Nephi 8:1). The same holds true for Joseph Smith and his prophetic calling.23 As an apostle of the Lord, Elder Andersen testified, “I give you my witness that Jesus is the Christ, our Savior and Redeemer. He chose a holy man, a righteous man, to lead the Restoration of the fulness of His gospel. He chose Joseph Smith.”24 This same spiritual witness is available to any and all who seek it diligently.