Book of Mormon Central / KnoWhys
Why Did Nephite Authors Use Repetitive Resumption? 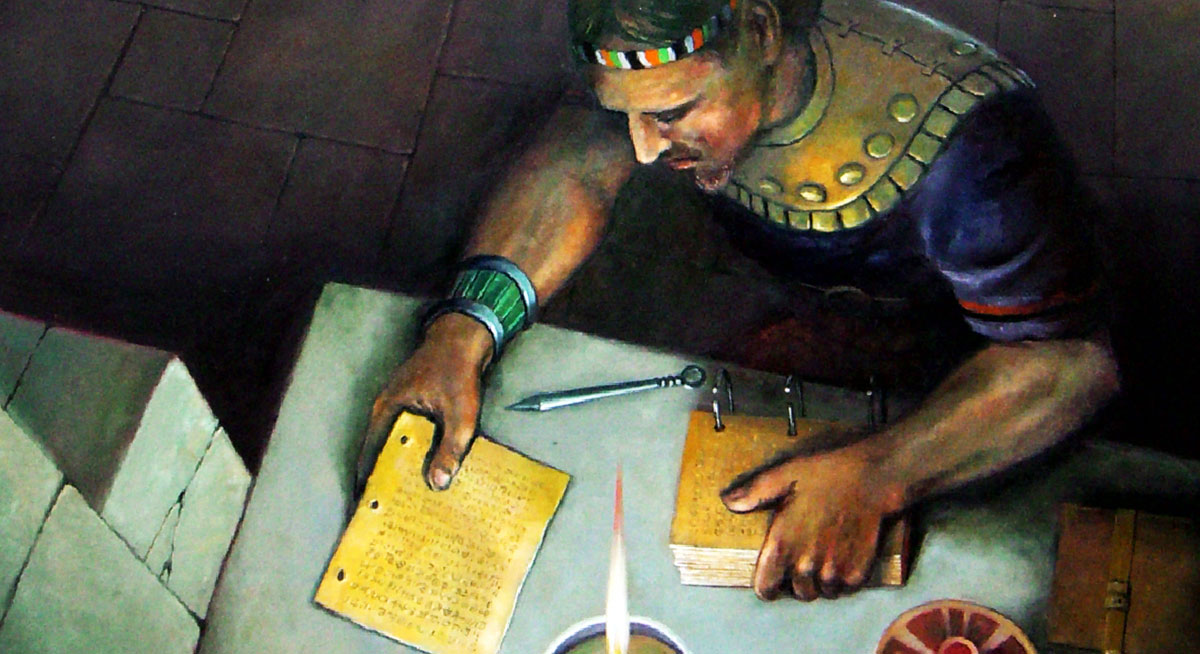 Mormon termina compendio by Jorge Cocco
“And thus the work of the Lord did commence among the Lamanites; thus the Lord did begin to pour out his Spirit upon them; and we see that his arm is extended to all people who will repent and believe on his name.”

Repetitive resumption was often used by biblical authors to add content to an existing text while still maintaining a coherent flow of ideas.3 After interrupting an idea with an explanatory or clarifying aside, the writer would then repeat a phrase close to the beginning of the interruption. This would provide a signal to the reader that the interruption was over and that there would be a return to the original flow of ideas. According to biblical scholar David Bokovoy, repetitive resumption was “one of the primary signs of editorial activity in the Old Testament.”4

This practice is also found repeatedly throughout the Book of Mormon.5 For instance, in Alma 19:35–20:1, Mormon interrupted the narrative after the phrase “they did establish a church among them” and then returned to the narrative with the similar phrase “they had established a church in that land”:

And it came to pass that there were many that did believe in their words; and as many as did believe were baptized; and they became a righteous people, and they did establish a church among them. And thus the work of the Lord did commence among the Lamanites; thus the Lord did begin to pour out his Spirit upon them; and we see that his arm is extended to all people who will repent and believe on his name. And it came to pass that when they had established a church in that land, that king Lamoni desired that Ammon should go with him to the land of Nephi, that he might show him unto his father.6 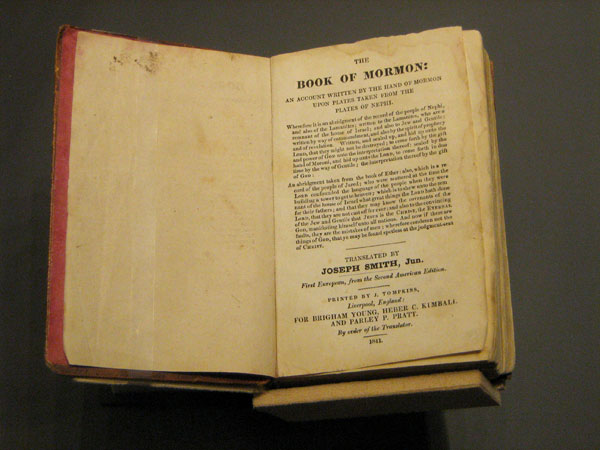 Title Page of an 1841 Book of Mormon. Image via Wikimedia Commons

The repeated idea acts somewhat like brackets, which set off the editor’s commentary. In this particular case, Mormon’s aside helps drive home the doctrinal point that he wanted readers to understand from the story he had just shared. His message was first about how the Lord was reaching out to the Lamanites and second about how His “arm is extended to all people who will repent and believe on his name” (Alma 19:36).

David Bokovoy and John Tvedtnes have noted that Mormon’s inserted commentary “perfectly reflects” the content of the Book of Mormon’s Title Page.7 The Title Page states that the Book of Mormon was written primarily “to the Lamanites” so that they would know they are “not cast off forever.” And yet it also states it was written “to Jew and Gentile” to convince them that “Jesus is the Christ, the Eternal God, manifesting himself unto all nations.”

Bokovoy and Tvedtnes remarked, “No wonder Mormon chose to emphasize the fact … that God poured out his spirit amongst the righteous Lamanites and that mercy is available to all people through the atonement of Jesus Christ. These observations support the thesis of the entire [Book of Mormon].”8 Not all uses of repetitive resumption in the Book of Mormon are so profound, but careful study and reflection usually reveal that there is a good reason for each interjection.9

Instances of repetitive resumption provide good evidence that the Book of Mormon’s source texts were written, abridged, and edited by authors trained in the Israelite literary tradition.10 According to Bokovoy and Tvedtnes, “Many of the editorial efforts witnessed in the Book of Mormon parallel the literary techniques now known to have been used by Israelite authors in the Old Testament.”11

Bokovoy has noted that repetitive resumption, in particular, “supports the authenticity of the Book of Mormon” because even though the technique is repeatedly attested in the Bible, it “had not yet been identified by biblical scholars in 1830.”12 Frequently interjecting commentary might be natural for anyone making up a hasty story on the fly, as Joseph Smith is sometimes accused of doing with the Book of Mormon. But it’s unlikely that Joseph or any other American in 1830 would have repeatedly inserted commentary in a way that restates phrases at the point of interruption.13

It should also be remembered that, according to eyewitnesses, Joseph orally dictated the Book of Mormon without using any notes or reference materials and without relying on his scribes to help him keep track of the flow of the narrative.14 Some instances of repetitive resumption come after rather lengthy asides, and it would have required remarkable focus and memory to recall the wording at the outset of each interjection. 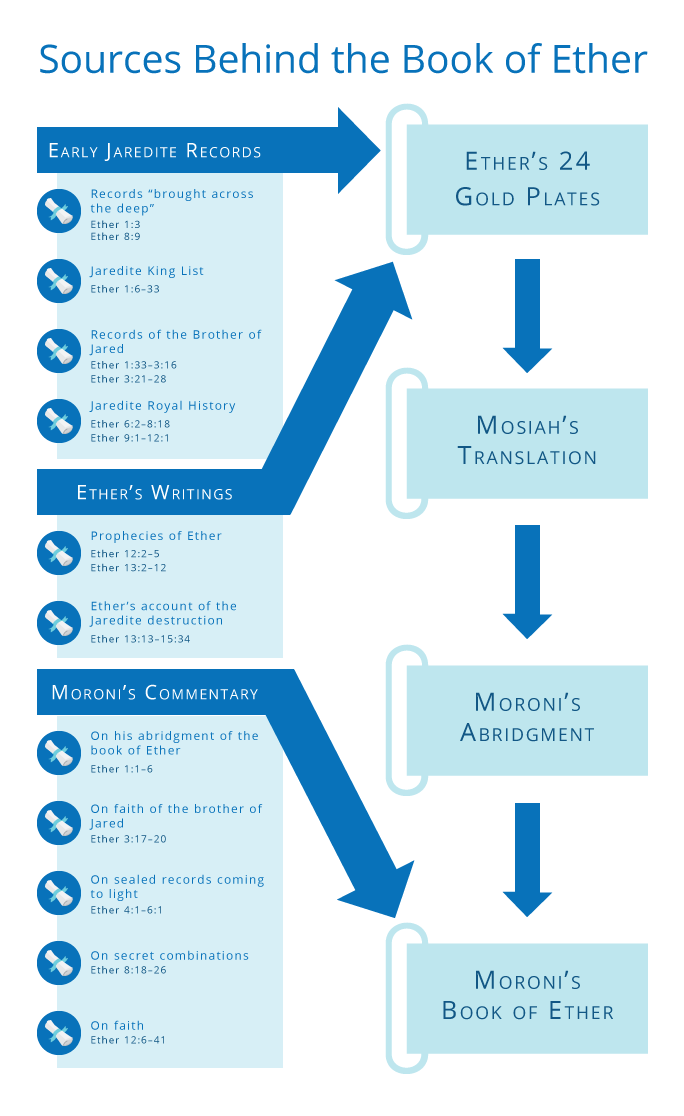 Chart 15 from Charting the Book of Mormon

For instance, when editing the Jaredite record, Moroni interrupted the commentary for two whole chapters (Ether 3:9–6:2) before he resumed his discussion about the brother of Jared and the shining stones.15 Thus both the time period and the process of the translation help establish that the Book of Mormon’s use of repetitive resumption is evidence of its historical authenticity.

Paying attention to repetitive resumption can also help us better understand the perspectives of Book of Mormon authors and their underlying reasons for including certain source texts or materials. We might ask ourselves: Why is this point being clarified? Why is the narrative being interrupted here? Are there patterns to these interruptive commentaries? And what might I have misunderstood without the inserted comment? Such questions can reveal themes, patterns, connections, and insights that we might have otherwise missed.

So the next time you come across an interjection in the Book of Mormon, make sure to look for a repeated phrase that signals the resumption of the narrative. Doing so may deeply enrich your perspective on the verses, chapters, or prophets you are studying, while at the same time strengthening your testimony of the truthfulness of the Book of Mormon.