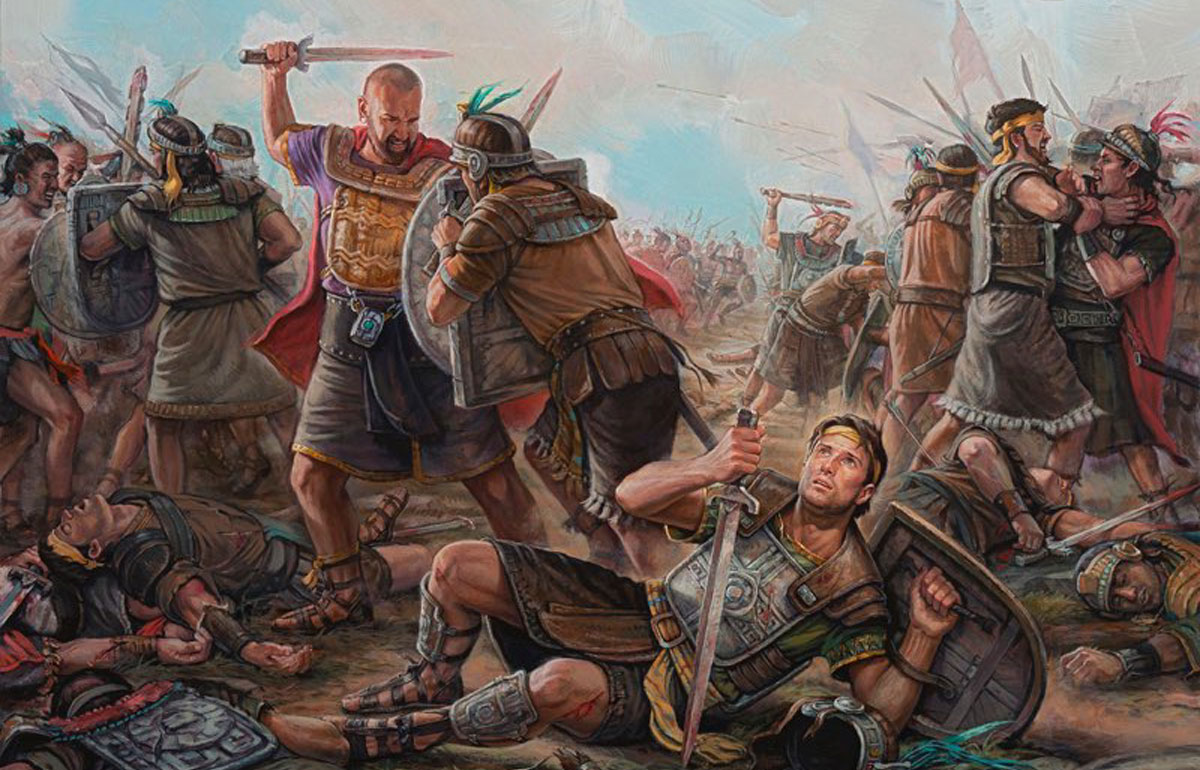 Alma and Amlici – Alma Chapter 2 by Scott Snow
“The Lord has said that: Ye shall defend your families even unto bloodshed. Therefore for this cause were the Nephites contending with the Lamanites, to defend themselves, and their families, and their lands, their country, and their rights, and their religion.”

Serving one’s country in the military can and should always be seen as a noble service, a service higher than one’s own self. Many ancient prophets righteously led soldiers in necessary battles: Moses, Joshua, King Benjamin, Alma the Younger, and of course Mormon, the complier of the Book of Mormon.1 Additionally, many apostles and other general authorities of The Church of Jesus Christ of Latter-day Saints have honorably served in the military. Studying the lives and examples of these warrior-prophets and leaders can provide peace and meaning to those who are currently involved in military service and to their loved ones.

The Book of Mormon teaches that the defense of family, as well as political and religious freedom, is acceptable before the Lord. “The Lord has said that: Ye shall defend your families even unto bloodshed. Therefore for this cause were the Nephites contending with the Lamanites, to defend themselves, and their families, and their lands, their country, and their rights, and their religion” (Alma 43:47).

Even though fighting for these ideals is noble and acceptable before the Lord, war can have a high cost, both physically and emotionally. Mormon personally knew the costs of war, having fought for and lost his people. He also knew that his book would be read by us in the future (Mormon 5:9), a time filled with “wars and rumors of war” (1 Nephi 14:15-16), and he intended his book to be helpful to us. 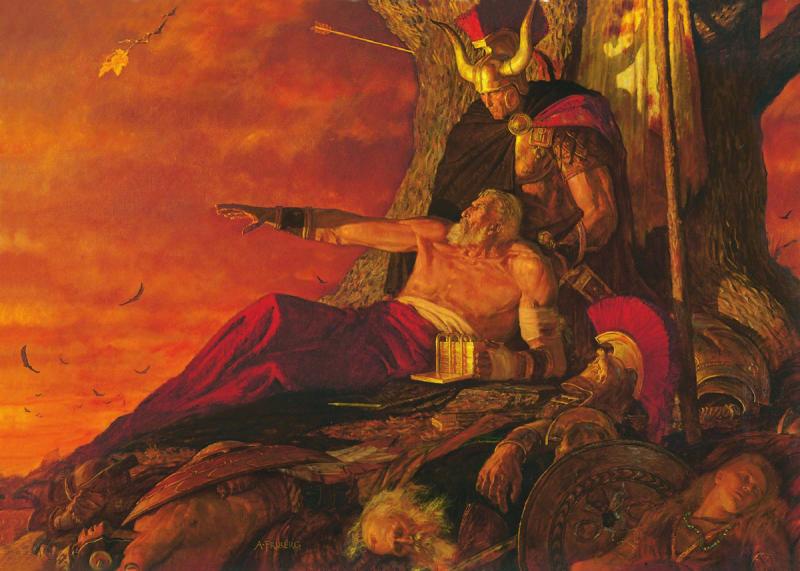 Mormon Bids Farewell to a Once Great Nation by Arnold Friberg. Image via lds.org

Mormon also knew how to find peace even in the midst of war. It is during a period surrounded by war that Mormon stated the Nephites were happiest. “But behold there never was a happier time among the people of Nephi, since the days of Nephi, than in the days of Moroni” (Alma 50:23). Dr. Kent P. Jackson pointed out the source of that happiness: “Despite the constant threat of warfare in Captain Moroni’s time, the people were happy then, because they were one and they were living the gospel.”2 Even in the chaos of war, saints in the military can still look to the gospel and find peace in unity, solidarity, loyalty, and faithfulness.

In the April 1942 General Conference, just four months after the infamous attack by the Japanese military on the American naval base at Pearl Harbor, President J. Reuben Clark, Jr. read a message from the first presidency. “The Church is and must be against war. The Church itself cannot wage war, unless and until the Lord shall issue new commands. It cannot regard war as a righteous means of settling international disputes . . . but the Church membership are citizens or subjects of sovereignties over which the Church has no control.”3

Notwithstanding their deep abhorrence and regret of war, Church members believe “in being subject to kings, presidents, rulers, and magistrates, in obeying, honoring, and sustaining the law” (Articles of Faith 1:12). Animated by the teachings and examples in the Book of Mormon, these firm convictions of duty and love for others above self are what inspire many Latter-day Saints to serve in the military. 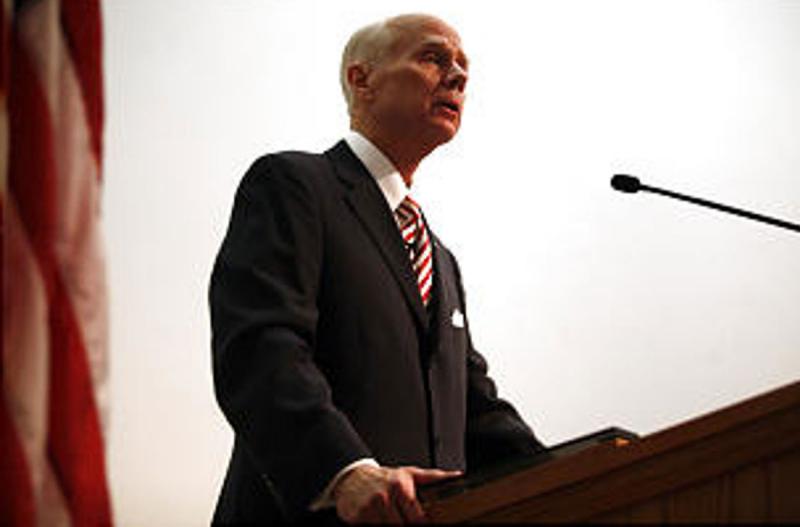 Because the writers of the Book of Mormon had personally confronted the rigors of military action, their words can give meaning to the dedication, sacrifices, and even some of the horrific events that occur during war. How does the Book of Mormon do this? A potent example of this is seen with Elder Lance B. Wickman’s April 2008 General Conference address. He had recently returned from a church assignment in Vietnam. He called it a “step back in time”4 because decades before he fought in Vietnam as a US Army infantry officer. As he walked the fields and jungles again, in his mind he could hear machine guns and small arms fire and thought of a specific day, April 3, 1966. On that day his battalion was deep in enemy territory. A patrol was sent out and a firefight started. Several of his men were wounded, including his dear friend Sergeant Arthur Morris.

For solace and perspective, Elder Wickman turned to the words of Amulek. “For behold, this life is the time for men to prepare to meet God; yea, behold the day of this life is the day for men to perform their labors … do not procrastinate the day of your repentance until the end.” (Alma 34:32–34). The Book of Mormon offers one of the most powerful testimonies of the reality of life after what we call death. Because life continues, today is the day we should act, repent, and prepare to move successfully into the next stage of our progression toward immortality and eternal life.

Elder Wickman was able to extract hopeful meaning from tragic loss on that day. “If Sergeant Morris was dreadfully wrong, he was also magnificently right! We really are immortal in the sense that Christ’s Atonement conquers death, both physical and spiritual. And provided we have so lived Today that we have claim on the Atonement’s cleansing grace, we will live forever with God.”7

In the end, “This life is not so much a time for getting and accumulating as it is a time for giving and becoming. Mortality is the battlefield upon which justice and mercy meet. But they need not meet as adversaries, for they are reconciled in the Atonement of Jesus Christ for all who wisely use Today.”8 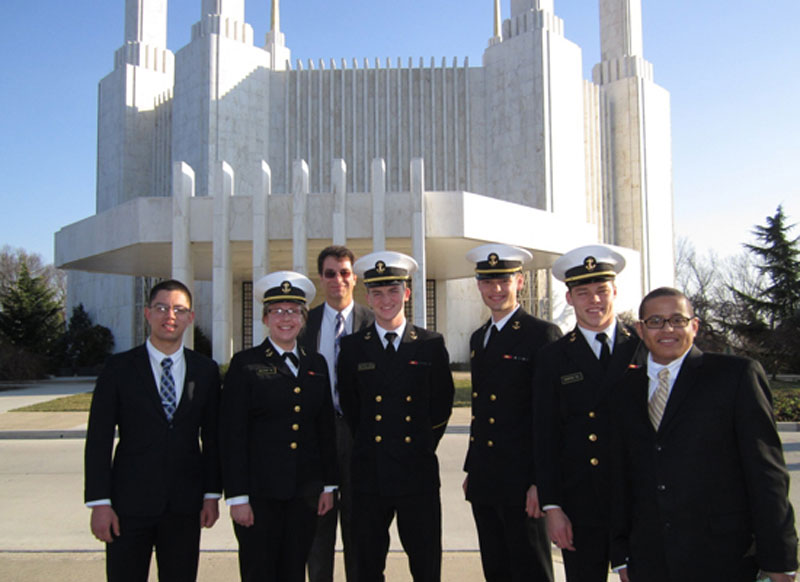 War is a time of frightening uncertainty. Yet, with the hope the gospel gives us, all can know that death is not the end. Jesus Christ has broken the bands of death. All will be resurrected and can move forward in the Father’s great plan of mercy, joy, and peace.

It can be incredibly discouraging to face the horrors of war. Yet, Latter-day Saints can use the scriptures to find peace and meaning in times of war. The Saints can be encouraged by recognizing that the many of the authors of both the Bible and the Book of Mormon personally knew the soldier’s pain. Bible scholar Anathea Portier-Young summed up the work of US Army chaplain Mel Baars saying, “For soldiers who had experienced and even committed atrocities in war, there is tremendous value in learning that Scripture knows their horror and shame and knows the dehumanizing effect of war. Finding these horrors contained within sacred Scripture might suggest to combat veterans that they are not cast outside the orbit of God's power to redeem.”9

Ultimately, “Our sacred traditions know the horror they know. These horrors come to us in a form that must be engaged and argued with, but their very presence in Scripture suggests that there is no horror we dare not speak before God, no crime we dare not confess, because there is no horror that God does not see and know.”10 Saints in the military can also take comfort from the words of Church leaders like Elder Wickman. Not only did the writers of the ancient scriptures know the soldier’s pain, but so do the modern prophets, apostles and other general authorities.

Years after his service in World War II, Elder Packer addressed church members in the military in 1968; his sorrow for war is apparent, but so also are his convictions:

I have worn the uniform of my native land in the time of total conflict. I have smelled the stench of human dead and wept tears for slaughtered comrades. I have climbed amid the rubble of ravaged cities and contemplated in horror the ashes of a civilization sacrificed to Moloch (Amos 5:26); yet knowing this, with the issues as they are, were I called again to military service, I could not conscientiously object! To you who have answered that call, we say: Serve honorably and well. Keep your faith, your character, your virtue.11