Where is the Land of Promise? 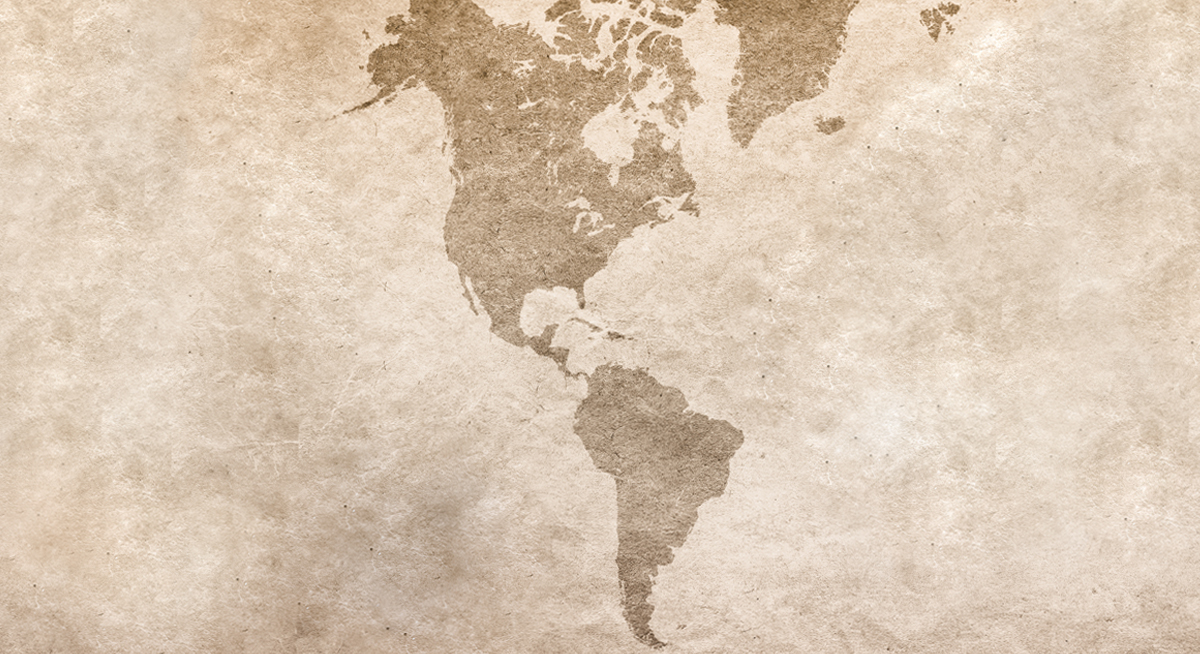 “Map of the World”, Modified from Adobe Stock
“Notwithstanding our afflictions, we have obtained a land of promise, a land which is choice above all other lands; a land which the Lord God hath covenanted with me should be a land for the inheritance of my seed.”

An early covenant promise that the Lord gave to Lehi and his posterity soon after their arrival in the western hemisphere was: “Inasmuch as thy seed shall keep my commandments, they shall prosper in the land of promise” (1 Nephi 4:14; cf. 1 Nephi 2:20). This admonition and promise is repeated throughout the Book of Mormon—that Lehi and his descendants would inherit a “land of promise” in the New World. This covenant was bound up with the Lord’s covenant with this remnant of the House of Israel and was foundational to the Nephite view of land and history (2 Nephi 1).1

The Book of Mormon describes the identity and importance of this “land of promise” in various ways. These include:

The prophets Ether and Moroni prophesied that “a New Jerusalem” would be built in the land of promise (Ether 13:3–6, 9–10; cf. 3 Nephi 21:23–24). However, these prophets made it clear that the New Jerusalem could only be built on the principles of righteousness, and only by keeping the Lord’s commandments could those living in the land of promise receive the blessings of the covenant. Otherwise, “the judgments of him that is just shall rest upon them, . . . and he will take away from them the lands of their possessions,” and “they should be swept off when the fulness of his wrath should come upon them” (2 Nephi 1:10-11; Ether 2:8).

Because the Book of Mormon does not specify where physically in the New World the “land of promise” was located, or its range or extent, interested readers of the book have tried to answer these questions. Historically, Latter-day Saint leaders have understood the land of promise given to Lehi and his descendants as encompassing the span of North and South America. For instance, Elder Orson Pratt, writing in 1840, taught that “the Lord gave unto [Lehi’s seed] the whole continent, for a land of promise, and he promised, that they, and their children after them, should inherit it, on condition of their obedience to his commandments.”2 Elder B. H. Roberts similarly stated, “The Book of Mormon teaches that the two American continents [North and South America] are a promised land, consecrated to righteousness and to liberty, and especially dedicated to the seed of the Patriarch Joseph, son of Jacob, of Bible fame, and to the Gentile races, who shall in the last days be gathered to the land as well as the descendants of Joseph.”3 In 1968 President Alvin R. Dyer likewise taught, “America, or the continent of America, is the promised and choice land, choice above all other lands.”4 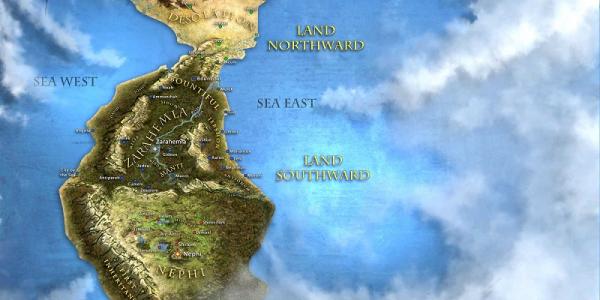 Related to the concept of the land of promise and the New Jerusalem is that of Zion. Modern revelation identifies Jackson County, Missouri as “the land which [the Lord has] appointed and consecrated for the gathering of the saints” as “the land of promise, and the place for the city of Zion” (Doctrine and Covenants 57:1–2). While this usage of Zion refers to a specific location (much like how Zion is identified with the Old World city of Jerusalem in the Hebrew Bible), the broader concept of Zion can take on multiple meanings depending on context.5

Indeed, the Prophet Joseph Smith on one occasion declared that “the whole of North and South America is Zion. The mountain of the Lord’s house is in the center of North and South America.”6 He also taught that while Zion “consisted of all North and South America,” it also includes “any place where the Saints gather.”7 Thus, he included among his thirteen Articles of Faith the belief “in the literal gathering of Israel and in the restoration of the Ten Tribes,” and that Zion (in other words the New Jerusalem) will be built upon “the American continent, that Christ will reign personally upon the earth” (A of F 10). This understanding has been shared broadly by prophets including Brigham Young,8 Wilford Woodruff,9 Heber J. Grant,10 David O. McKay,11 Spencer W. Kimball,12 and Ezra Taft Benson.13

Wherever one thinks that Lehi’s “land of promise” might have been located in the Western hemisphere, that covenant and promise of refuge and inheritance depended upon conditions of righteousness and faithfulness to the Lord’s commandments (Ether 2:8).14 As was the case with the Lord’s covenant with Father Abraham, the Lord’s covenant with Father Lehi was also contingent upon faithfulness. Thus, everyone can know with assurance that the most important thing about any “land of promise” is being mindful that the fullness of the Lord’s blessings comes by the diligent keeping of sacred covenants.

This point has been emphasized by President Russell M. Nelson. “The choice to come unto Christ is not a matter of physical location,” he taught. “It is a matter of individual commitment.”

People can be “brought to the knowledge of the Lord” without leaving their homelands. True, in the early days of the Church, conversion often meant emigration as well. But now the gathering takes place in each nation. The Lord has decreed the establishment of Zion in each realm where He has given His Saints their birth and nationality. Scripture foretells that the people “shall be gathered home to the lands of their inheritance, and shall be established in all their lands of promise.” “Every nation is the gathering place for its own people.” The place of gathering for Brazilian Saints is in Brazil; the place of gathering for Nigerian Saints is in Nigeria; the place of gathering for Korean Saints is in Korea; and so forth. Zion is “the pure in heart.” Zion is wherever righteous Saints are. Publications, communications, and congregations are now such that nearly all members have access to the doctrines, keys, ordinances, and blessings of the gospel, regardless of their location.

President Nelson concluded: “Spiritual security will always depend upon how one lives, not where one lives. Saints in every land have equal claim upon the blessings of the Lord.”15 So while the Book of Mormon teaches that what is now called the American continent was a “land of promise” to Lehi’s seed, and that later events on this land of promise would play a central role in the restoration of the gospel, the ideals and blessings of Zion are universal, and apply to men and women in all lands or countries who covenant to serve the Lord and do his will. This includes remembering the Lord and his goodness, respecting the land and all of His creation, keeping holy things pure and protected, obeying all of His commandments, loving Him with all one’s heart, might, mind, and strength (Deuteronomy 6:5) and one’s neighbor as oneself (Leviticus 19:18). 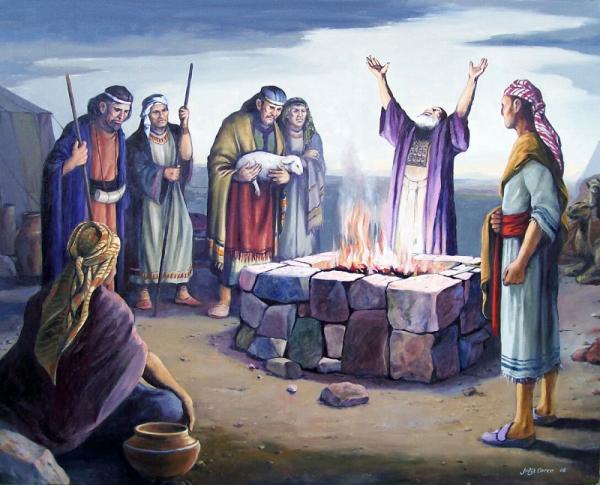 On an individual level, every member of the Lord’s covenant people has been wonderfully promised a personal “land of promise.” Elder L. Whitney Clayton stressed that this personal land of promise “usually isn’t a place” but is a way of being that is found “in the way we live each day, confront each challenge, and move forward with faith.” Although we might sometimes be discouraged by personal trials or worldly opposition, “The promised land—your promised land—really is there. If you follow the admonition of the Lord, you really will inhabit that rich land and harvest its blessings.”16