Book of Mormon Central / KnoWhys
Why Were the Unburied Dead So Troubling to the Jaredites? 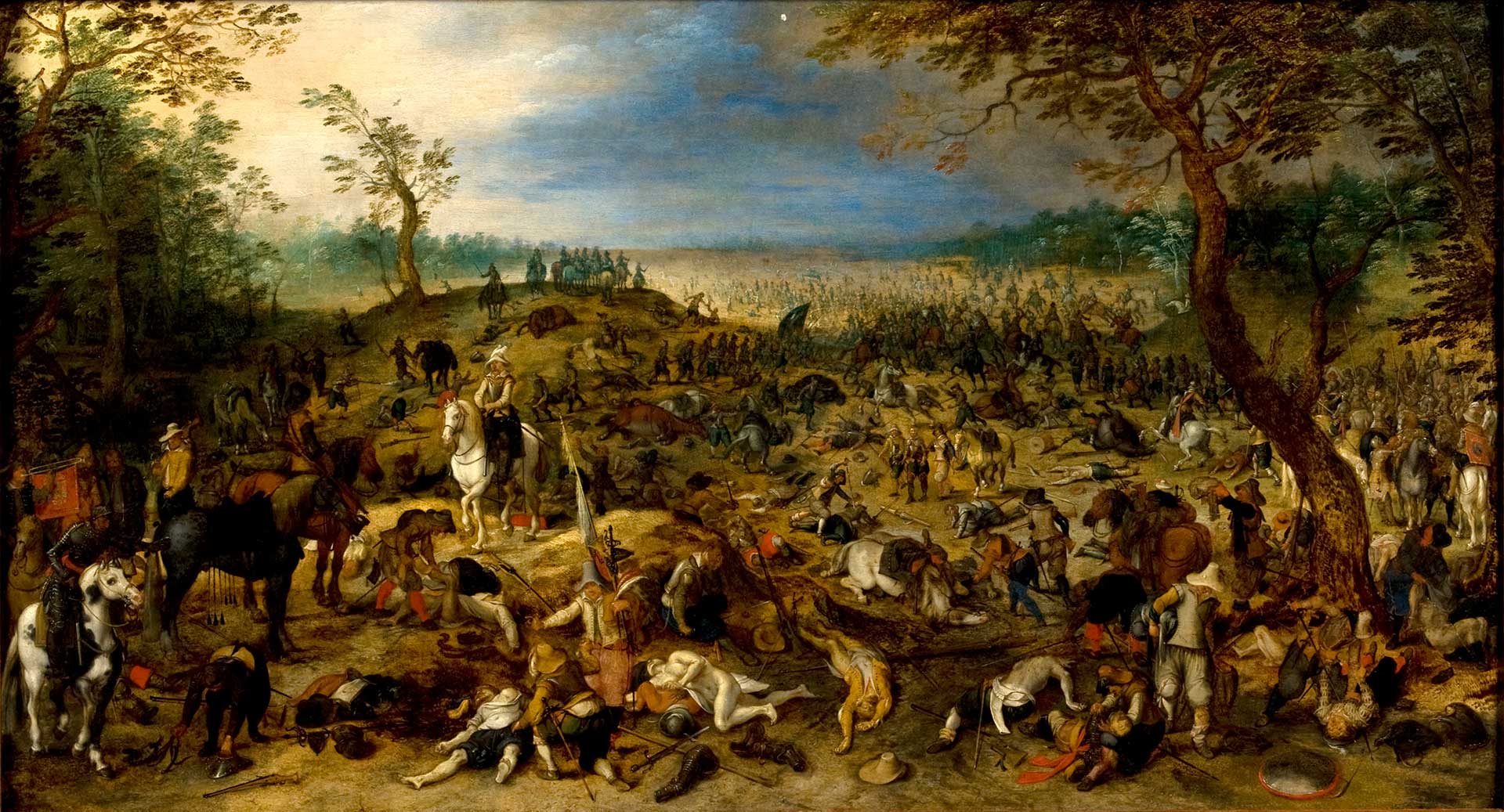 Battle Scene by Sebastiaen Vrancx. Image via Wikimedia Commons.
“The whole face of the land was covered with the bodies of the dead. And so swift and speedy was the war that there was none left to bury the dead … leaving the bodies of both men, women, and children strewed upon the face of the land, to become a prey to the worms of the flesh … wherefore the people became troubled by day and by night, because of the scent thereof.”

In the Old Testament, people were often warned that if they did not repent, they would die and their bodies—instead of being properly buried—would be devoured by wild animals.1 Such a fate was seen by many ancient peoples not only as a tragedy, as it would be today, but a disgrace and an indication of divine judgment.2 That judgment would carry over into the afterlife, where a person’s role and identity was thought to be determined and facilitated by where and how their body was buried.3 As Matthew Suriano explained, “The ideal afterlife in the Hebrew Bible was bound to the tomb …. Death was relational, and the tomb was a critical component in defining relationships and establishing the identity of the dead.”4

Lack of burial could thus result in being dislodged and displaced in the afterlife, leaving one to wander aimlessly without a role or identity, and without any connection to the world of the living. As John Walton explained, “In Mesopotamia the importance of the burial of the body was connected with a belief that, without burial, the etemmu (ghost) of the deceased would not find its natural place among the community of the dead and would therefore have no rest.”5 Furthermore, the living were expected to care for their dead through ongoing mortuary rites and communal meals.6 Lack of proper burial prevented these things from happening, and thus “dissolved community between the living and the dead.”7

If a body were to be devoured by animals, it could further worsen the fate of the dead. “In such a case, some Mesopotamian texts suggest, the dead person was consigned to a formless and chaotic reality and perhaps even to the world of demons.”8

As the Jaredites marched ever more rapidly toward their grim fate, “the scene of bloodshed and carnage,” became “so great and lasting … that the whole face of the land was covered with the bodies of the dead” (Ether 14:21). The book of Ether considered this point so important that it emphasized that they were so consumed with war that “there was none left to bury the dead,” and instead “the bodies of both men, women, and children” were strewn “upon the face of the land, to become a prey to the worms of the flesh” (Ether 14:22). This fact was also conspicuously reported by Limhi’s exploring party, and recorded in the final account of their discovery of “a land which was covered with bones of men, and of beasts” (Mosiah 8:8), where they also found the twenty-four gold plates of Ether.

No wonder, Moroni continued, that “the people became troubled by day and by night.” It was not just that the scent wafted throughout the land (Ether 14:23). The bodies of the unburied dead were a clear sign to this fallen people that “Lord God … execute[d] judgment against them to their utter destruction,” such that “a great curse [had] come upon the land, and also upon the people, … and their bones [had] become as heaps of earth upon the face of the land,” all because they refused to “repent of their wickedness” (Ether 11:6, 12). What’s more, they would have known that God’s judgment had eternal ramifications in the life to come.

Today, modern revelation sheds great light on post-mortal life, and it is clear that a lack of burial will not have negative consequences upon departed spirits.9 The sad fate of these unburied Jaredites is therefore symbolic in nature, a representation of the totality of their annihilation physically, generationally, and spiritually—to be cut off from the presence of God in this life and in the life to come.10 Fortunately, such a fate is not inevitable. The end of the Jaredites is a cautionary tale: if people heed the warnings of the prophets and fully repent of their sins, they can become assured that their final resting place will be with God and Christ.