Book of Mormon Central / KnoWhys
Why was Giddianhi So Polite? 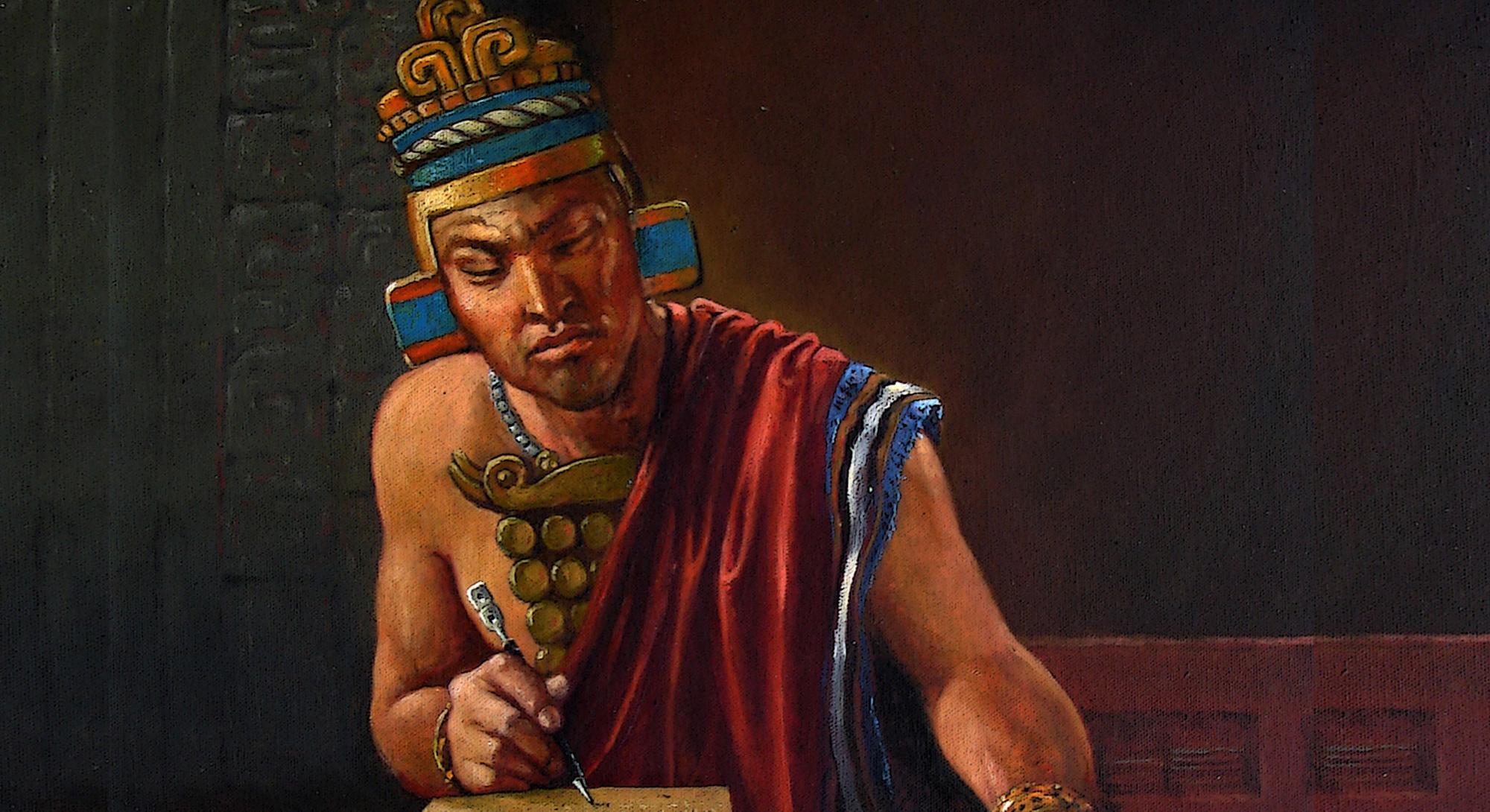 Ultimas Paginas by Jorge Cocco
“Lachoneus, most noble and chief governor of the land, behold, I write this epistle unto you, and do give unto you exceedingly great praise.”

In the 16th year since the sign of Christ’s birth, “Lachoneus, the governor of the land, received an epistle from the leader and the governor of [a] band of robbers,” who was called Giddianh (3 Nephi 3:1). Giddianhi began his letter graciously. “Lachoneus, most noble and chief governor of the land, behold, I write this epistle unto you, and do give unto you exceedingly great praise because of your firmness … yea, ye do stand well, as if ye were supported by the hand of a god” (v. 2).

Such a cordial tone coming from the leader of the Gadianton robbers is quite startling—and even more so when considering that his letter followed several uniquely ancient conventions of politeness. For example, in his introduction, he deferentially mentioned Lachoneus first, as was customary in the “ancient Hittite-Syrian, Neo-Assyrian, Amarna, and Hebrew format,” as well as in the Book of Mormon itself.1

His letter also mirrors forms of politeness found in ancient Egyptian letters.2 According to Kim Ridealgh, “when a subordinate individual writes to his superior, a longer formal introduction is necessary alongside more fawning language.”3 Such is clearly the case in Giddianhi’s letter, where excessive praise and flattery saturate his opening remarks (see 3 Nephi 3:2–3).

Moreover, when making imperative requests, writers of ancient Egyptian letters would often introduce the request with the phrase “when my letter reaches you” as in the following example: “When my letter reaches you, you shall release this man.”4 According to Ridealgh, “These phrases seem to hold a deeper cultural significance and perhaps even reflect a form of ‘politeness.’”5 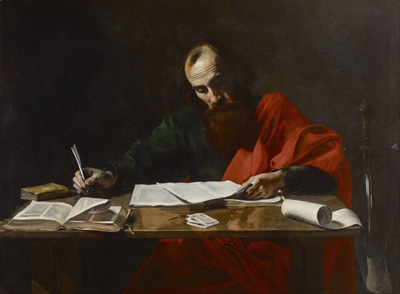 Before issuing a formal request to Lachoneus, Giddianhi placed a similar self-referential emphasis on the written words of his letter: “Therefore I have written this epistle, sealing it with mine own hand. … Therefore I write unto you, desiring that ye would yield up unto this my people, your cities, your lands, and your possessions” (3 Nephi 3:5–6, emphasis added).6

Giddianhi’s rhetoric also conforms more broadly to strategies recognized in politeness theory. For instance, throughout his letter he expressed praise for Lachoneus and his men,7 reluctance for their impending conflict,8 sympathy for their welfare,9 in-group language (words and phrases familiar to a group),10 offers for mutual cooperation,11 and even acted as if he were a mediator between these groups, placing himself as a protector who could save the Nephites from his own robbers.12

When analyzed in light of the ground-breaking politeness theory developed by Penelope Brown and Stephen C. Levinson, Giddianhi’s persuasive strategies and motivations are easier to identify and understand. Brown and Levinson have summarized:

Central to our model is a highly abstract notion of “face” which consists of two specific kinds of desires (“face-wants”) attributed by interactants to one another: the desire to be unimpeded in one’s actions (negative face), and the desire (in some respects) to be approved of (positive face). This is the bare bones of a notion of face which (we argue) is universal.13 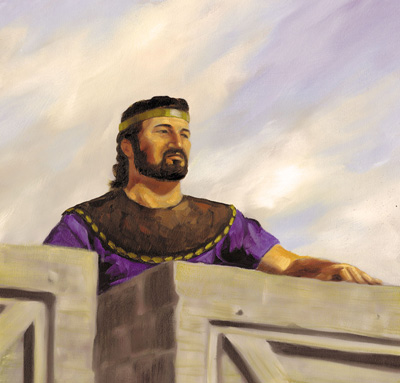 When this model is applied to Giddianhi’s letter, his praise, sympathy, use of in-group language, and attempts at cooperation can be seen as efforts to retain respect or gain approval from the Nephites (positive face).14 And his expression of reluctance to send his men against the Nephites can be seen as a token desire not to impinge on the Nephites’ need for freedom and independence (negative face).15 Thus, in several ways, his letter provides textbook examples of persuasive strategies.

Moreover, because Giddianhi’s epistle was liable to be read by multiple individuals, and perhaps even be made known to the general public, it can be reasonably categorized as “on the record” (or in public view).16 According to Brown and Levinson, a speaker who goes “on the record” may strategically seek to “enlist public pressure against the addressee or in support of himself; he can get credit for honesty, for indicating that he trusts the addressee; he can get credit for outspokenness, avoiding the danger of being seen to be a manipulator; [and] he can avoid the danger of being misunderstood.”17

Several of Giddianhi’s strategies, such as boldness and upfront honesty about his intentions, seem to comply generally with this list. It is even possible that Giddianhi gave a countdown to impending destruction as a form of public pressure, a motivation for as many Nephites as possible to dissent from their own government and join his cause.18

Although efforts at persuasion aren’t inherently evil, Giddianhi’s use of rhetoric was clearly aimed to manipulate and gain control over the Nephite nation. In ways that are both uniquely ancient and also culturally universal, his letter demonstrates what is meant by “flattery, and much power of speech … according to the power of the devil” (Jacob 7:4).

Despite Giddianhi’s attempts to ingratiate himself with the Nephites, he couldn’t hide from them his ulterior motives, nor could he completely veil the actual import and consequences of what he was proposing—the end to their religious and political freedom.19 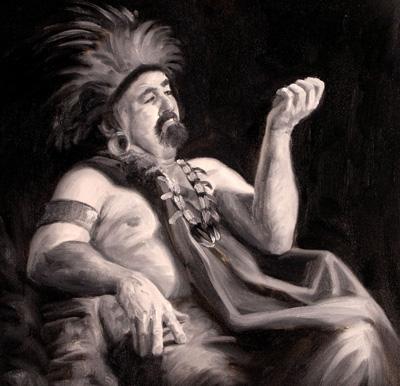 Ironically, Giddianhi’s open and unabashed attempts at flattery and persuasion significantly backfired. Instead of being charmed or impressed, Lachoneus “was exceedingly astonished, because of the boldness of Giddianhi demanding the possession of the land of the Nephites, and also of threatening the people” (3 Nephi 3:11). And instead of cowering in fear, succumbing to Giddianhi’s demands, or changing their minds about the justness of the robbers’ cause, Lachoneus saw through these duplicitous formalisms, and the Nephites ultimately placed their faith in the Lord and followed Lachoneus until they achieved victory over Giddianhi and his robbers (see 3 Nephi 4:8–14).

Every member in the restored Church of Christ could have this gift if he willed to do so. He could not be deceived with the sophistries of the world. He could not be led astray by pseudo-prophets and subversive cults. Even the inexperienced would recognize false teachings, in a measure at least. … We ought to be grateful every day of our lives for this sense which keeps alive a conscience which constantly alerts us to the dangers inherent in wrongdoers and sin.22