Why Did Alma Wish to Speak “with the Trump of God”? 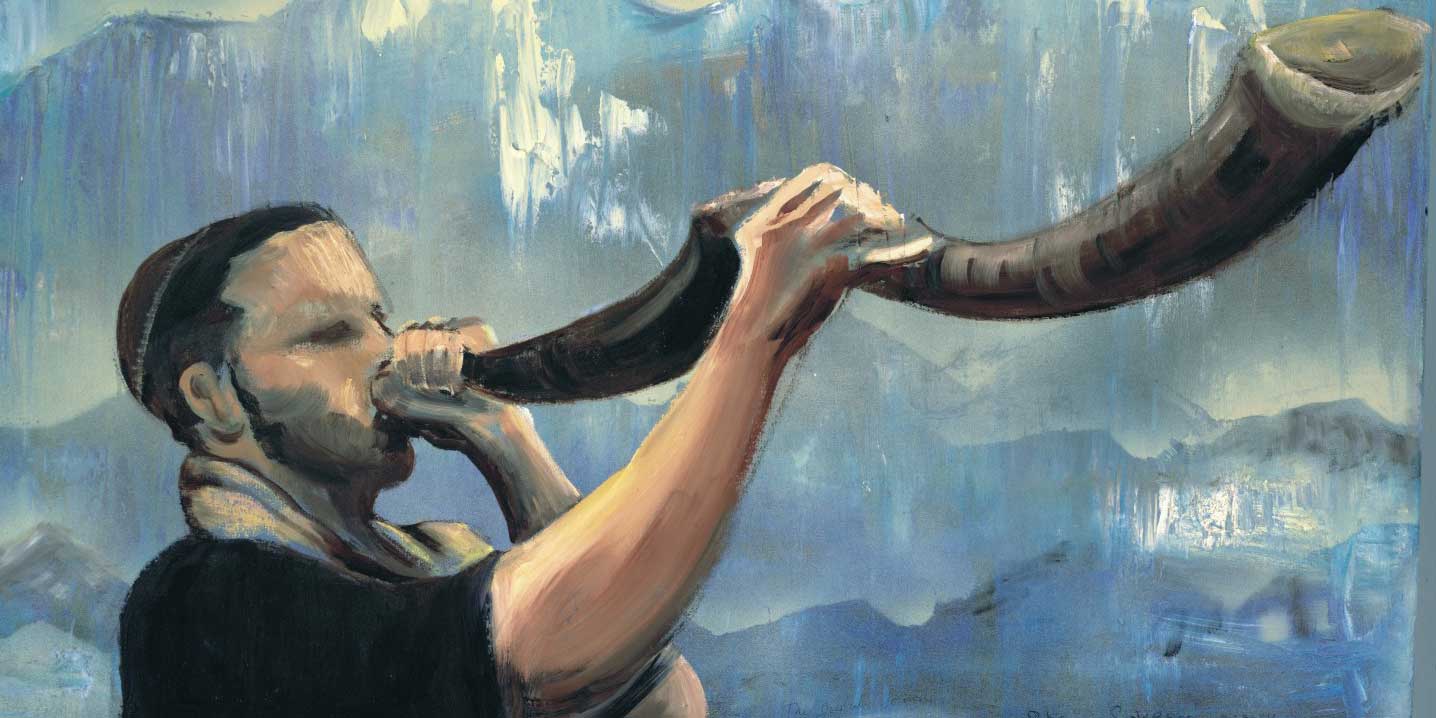 "Calling the Church to Prophetic Awareness" Image via P2ALM
“O that I were an angel, and could have the wish of mine heart, that I might go forth and speak with the trump of God, with a voice to shake the earth, and cry repentance unto every people!”

One of the most enduring lines in all of the Book of Mormon is Alma’s declaration, “O that I were an angel.” Alma expands on this wish, “that I might go forth and speak with the trump of God” (Alma 29:1). Alma’s use of trumpet imagery is interesting in light of the timing in which he wrote this thoughtful and moving piece of prophetic poetry—the 16th year of the reign of the judges.1 This was the 49th year since King Benjamin’s powerful oration at the coronation of his son Mosiah,2 an event some scholars believe was a jubilee celebration.3

Christopher Wright explained, “The year of jubilee came at the end of the cycle of 7 Sabbatical Years.”4 Terrence L. Szink and John W. Welch documented, “The jubilee text of Leviticus 25 compares closely with two sections of Benjamin’s speech.”5 If this was a jubilee year, then Alma stepped down from the judgment-seat and began his missionary activities in the 42nd year, or the sixth sabbatical year,6 and Alma 29, marking the closure of one period in Alma’s ministry and beginning of a new, marks the next jubilee year.7

In the 49th year,8 on the Day of Atonement, the “trumpet of the jubilee” would have again been sounded, “throughout all [the] land” (Leviticus 25:9), heralding in the next jubilee year. The Hebrew word yobel (carried into English as jubilee) literally means trumpet.9 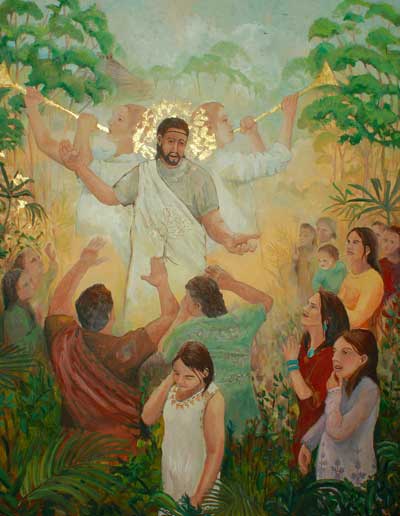 In the land of Israel, the trumpets would probably have been rams horns,10 but other kinds of horns could have been used,11 and some scholars have argued that loud shouting could also suffice.12 Alma’s expressed desire to “speak with the trump of God” and “with a voice of thunder” (Alma 29:1–2) thus seems “especially appropriate in this second identifiable jubilee season in Nephite history.”13

Among its many ideal attributes and desired results, the jubilee was particularly characterized by sabbatical rest and joy. It was to be, above all, a time of great joy and jubilation, and indeed, joy saturates the text of Alma 29, where it appears exactly seven times,14 the archetypal sabbatical number.15

The joy of a great jubilee year would have filled Alma, as the high priest, and his people with enormous happiness. Other themes of the jubilee also found in Alma 29 include the counting of blessings, remembering the past, repenting, rejoicing in freedom and deliverance, letting the world rest, and peace.16

Right after the conclusion of Alma’s meditation in Alma 29, the record indicates that in the 16th year there began to be “continual peace throughout all the land” (Alma 30:2), and then in the next year there was “continual peace” (v. 5) throughout most of the 17th year of the reign of judges (being the 50th year from King Benjamin’s speech). What a jubilee season it must have been, with the Ammonites now settled in the land of Jershon, and the sons of Mosiah safely and unexpectedly home after their 14 years of missionary work in the land of Nephi.

The approach of the jubilee year marked an appropriate occasion for Alma’s pensive reflections in Alma 29. At the very point when the Nephites had recently, or would soon, sound the “trumpet of the jubilee” (Leviticus 25:8), Alma longed to “speak with the trump of God” (Alma 29:1).

As a missionary, Alma wished to shout aloud the glories, goodness, justice and mercy of God. He longed to be able to shake the earth, as the angel’s voice had done when he stopped Alma and the four sons of Mosiah as they had gone about arguing against the church of God. Now Alma rejoiced in the deliverance of God and in the establishment of his covenant people. He wanted to invite all to repent and to join in the jubilee throng of the Lord.

Although Alma’s desires were righteous ones, he nonetheless feared, “I am a man, and do sin in my wish.” As the high priest, Alma, it seems, would have been especially sensitive to the possibility that he sinned in his wishful thinking, because he knew of the particular importance that he, as high priest, not be tainted with even the slightest sin going into a Day of Atonement, especially at the commencement of the jubilee. 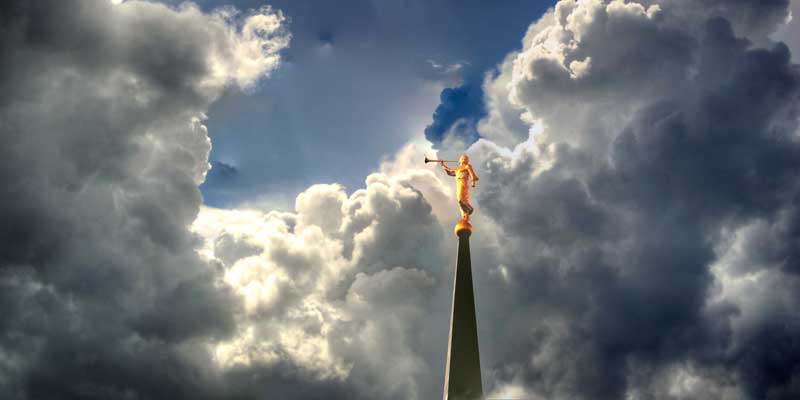 Coveting—or desiring or wishing for things that are not properly ours—denies two fundamental principles underscored by the jubilee: first the recognition that all the earth and everything in it belongs to God, and second that God gives and takes as he knows how things ought to be. Alma appears to have recognized these underlying principles when he remarked, “I ought not to harrow up in my desires the firm decree of a just God, for I know that he granteth unto men according to their desire” (Alma 29:4).17

Textually, it is remarkable, to say the least, that the Book of Mormon manifests literary motifs associated with the jubilee in two places exactly 49 years apart. The rapid dictation of the Book of Mormon18 would hardly have allowed time for Joseph to count off the years and to mark these jubilees with such subtle sophistication, let alone to set the gorgeous language in Alma 29 so richly in this contextual background.

All of this gives evidence of Alma’s considerable awareness, experiential familiarity, and spiritual sensitivity. Outside of a Jewish-thinking community, few readers are particularly familiar with jubilee celebrations and the themes associated with them. For many profoundly motivated reasons, Alma’s soul-stirring words confer priestly blessings and express joyous love in ways that are fully appropriate to the jubilee occasion. Although most readers today won’t be participating in a jubilee celebration, all can find daily reasons to rejoice in God’s creation and recognize his hand in all things.