Why Did Alma Talk about Planting a Seed in the Heart? 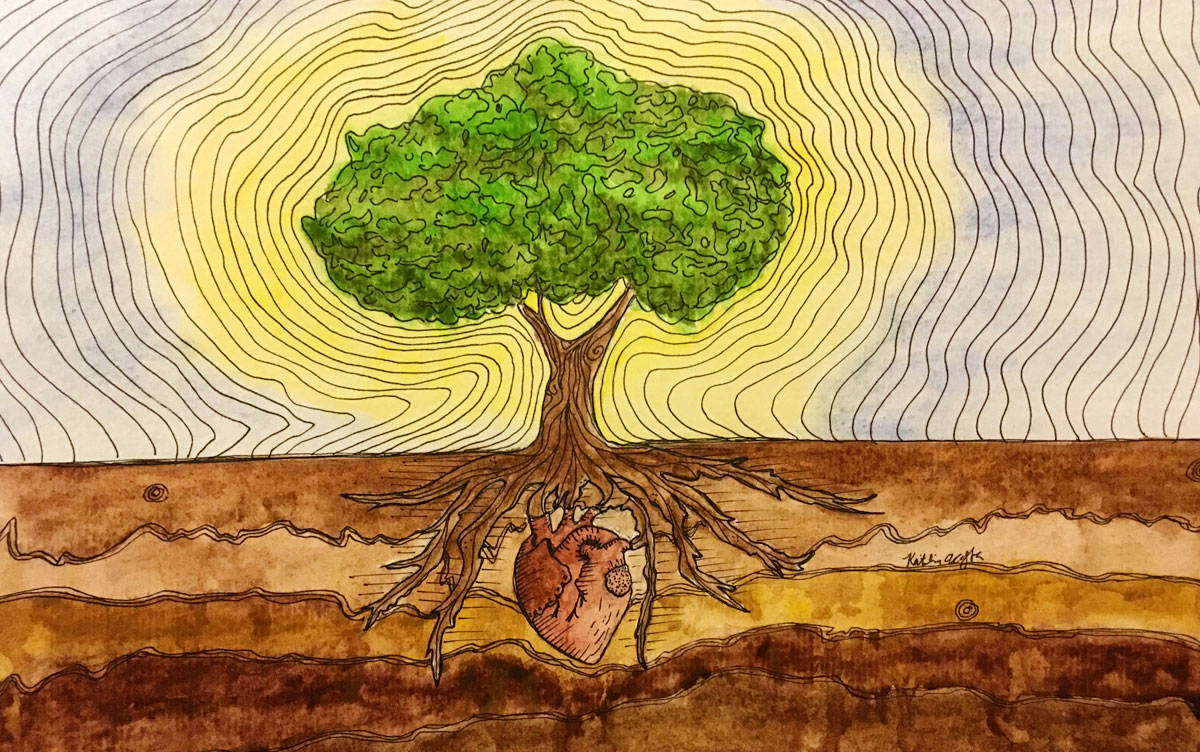 The Tree of Life by Kaitlin Acosta. Submitted to the 2018 Book of Mormon Central Art Contest.
“And now, my brethren, I desire that ye shall plant this word in your hearts, and as it beginneth to swell even so nourish it by your faith. And behold, it will become a tree, springing up in you unto everlasting life.”

As Latter-day Saint scholar John L. Sorenson observed, “The Maya of the Classic period [ca. AD 250–900] may have preserved a visual correspondence to this concept,” through artwork depicting “trees growing from the breasts or hearts of sacrificial victims.”1 For example, the Dresden Codex (one of only four pre-Columbian Maya codices), “shows a sacrificial victim with a tree growing from his heart,” that Latter-day Saint archaeologist John E. Clark described as “a literal portrayal of the metaphor preached in Alma, chapter 32.”2 Similarly, Piedras Negras Stela 11 shows “a seedling grow[ing] from the heart of a sacrificial victim.”3 Sorenson described this as a potentially “distorted version of the Book of Mormon image of the gospel seed sprouting from the human heart.”4 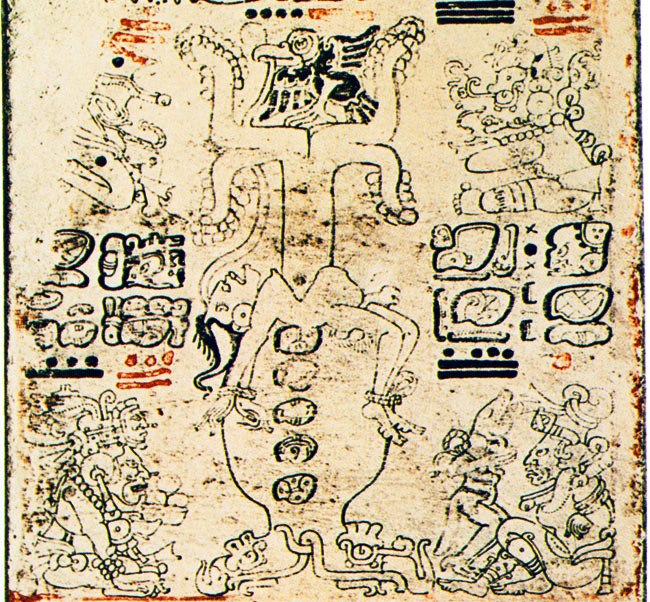 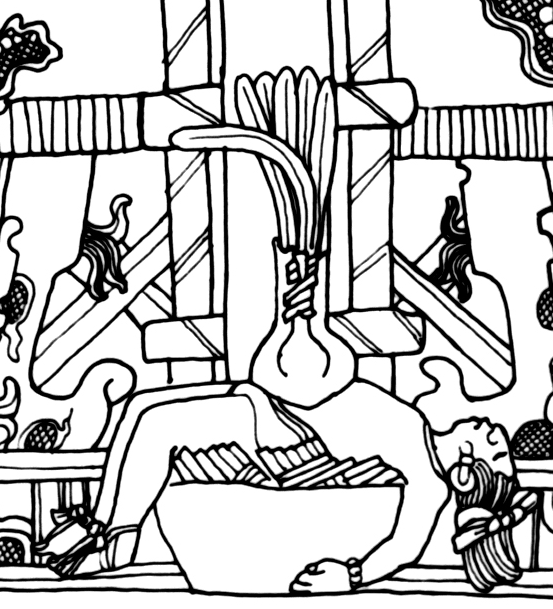 On the lid of Pakal’s tomb at Palenque, Pakal is portrayed as the sacrificed Maize God, and “from his body rises the World Tree, the earth’s central axis.”5 Joseph L. and Blake J. Allen believed “the carving has the appearance of a tree of life sprouting from the heart of the king, which is reminiscent of Alma’s discourse on planting the seed of faith in our hearts and nurturing it to become a tree.”6 In addition, seven of Pakal’s ancestors are depicted as fruit-bearing trees along the sides of his sarcophagus lid,7 reinforcing the idea that he, like his ancestors, would rise from the dead as an “anthropomorphic tree.”8 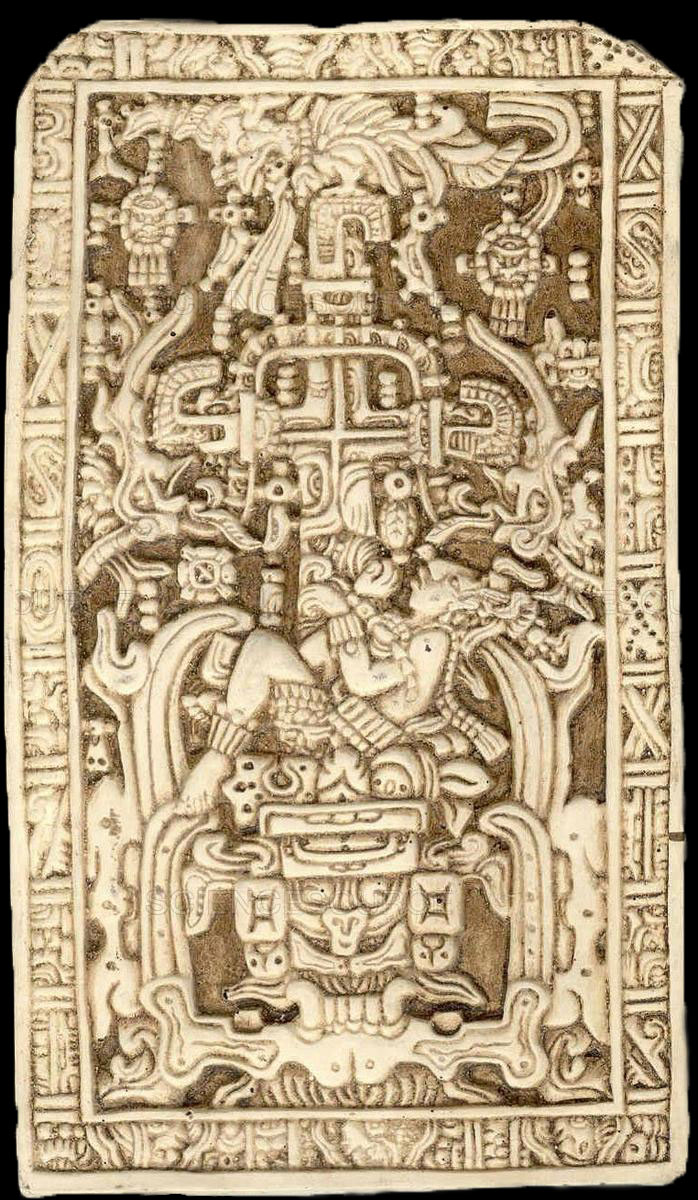 The world tree arising from the body of the sacrificed maize god. Sarcophagus lid of the Tomb of Pakal, 7th century, Palenque. Image via New York Public Library, sciencesource.com.

In a codex from Central Mexico, each of the five directional trees (for the four cardinal directions, plus a central tree) is depicted as growing out of the bodies of a sacrificed earth goddess.9 These images appear to be related in some way to that found on Pakal’s tomb, thus suggesting that this was a pan-Mesoamerican concept.10 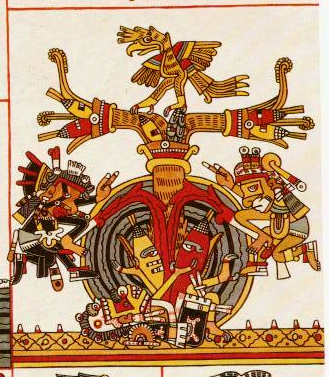 Alma’s metaphor would have naturally resonated with peasant farmers of a predominately agricultural society, much like the Savior’s Parable of the Sower was relatable to his audience of laborers and agriculturalists in Palestine (Matthew 13:1–23; Mark 4:1–20; Luke 8:4–15).11 Yet the imagery reviewed here suggests that there were additional factors that made this metaphor meaningful within the possible cultural backdrop of Book of Mormon peoples.12 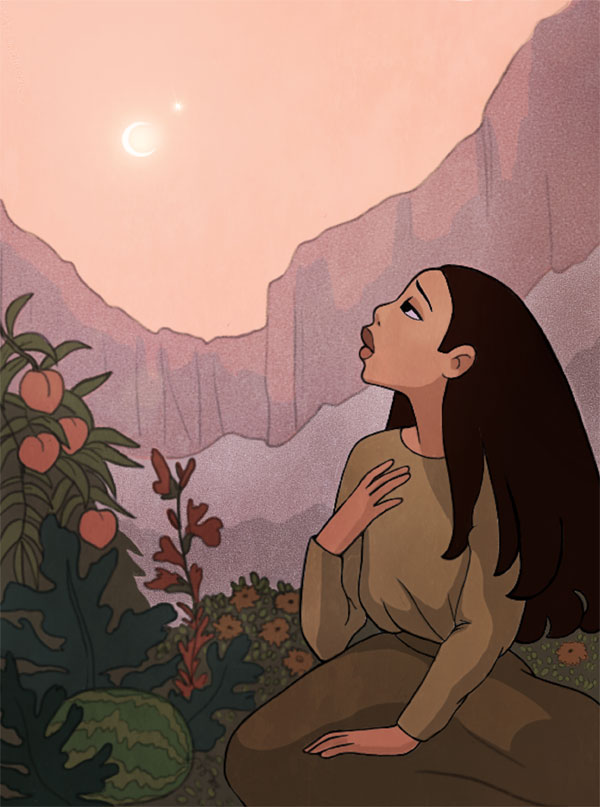 Reap Your Reward by Courtney von Savoye, depicting the fruits of Alma 32. First Place winner of the 2018 Book of Mormon Central Art Contest.

As Sorenson reasonably concluded, “When Alma taught the Zoramites a lesson in faith referring to the tree of life sprouting from the heart (Alma 32:28–43), he was using Mesoamerican religious imagery.”13 Kirk Magleby likewise reasoned, “Alma may have been alluding to an existing Mesoamerican cultural idea, painting a mental image that his Zoramite hearers in Antionum would have understood.”14 And indeed, that image was used in those surrounding cultures to portray the rising of a royal being unto an eternal glorified life, and Alma wanted to assure his listeners that the seed of belief in the power of resurrection through the Son of God would grow up in them, as ordinary people, to yield the fruits of eternal life.

Moreover, in ancient Mesoamerica, the World Tree (or Tree of Life) held the order of the cosmos together. Through ritual actions and sacrifices, rulers would become the personification of the World Tree and perform rites that restored and maintained cosmic order and balance.15 As Elizabeth A. Newsome explained, “kings assumed the role of this nurturing plant in their sacrificial rites, thus becoming a source of spiritual power, abundance, and everlasting life.”16

Within such a cultural background, being shut out of the sacred worship spaces (see Alma 32:5) and thus being unable to witness and participate in such rites would have constituted a significant spiritual crisis for these poor and humble Zoramites. Alma built upon this circumstance, teaching his audience that they could, in fact, still worship the true Son of God outside their synagogues: they could pray in their own homes and in their own hearts, and that by doing so, they could personally have that “tree springing up unto everlasting life” within themselves (Alma 32:41; 33:23).

Assuming Alma was drawing upon this conceptual world, doing so likely maximized the impact and effectiveness of his teachings to these poor and humble Zoramites, directly addressing the pressing and urgent spiritual crisis they felt by being shut out of their synagogues and worship services (Alma 32:5). He thus demonstrated his sensitivity to his audience’s needs to hear the gospel taught “according to their language, unto their understanding” (2 Nephi 31:3; Doctrine and Covenants 1:24), a concept that goes beyond mere language and words and extends to the various cultural backgrounds, life experiences, and historical settings of God’s children, both past and present.17