How Was Chiasmus Discovered in the Book of Mormon? 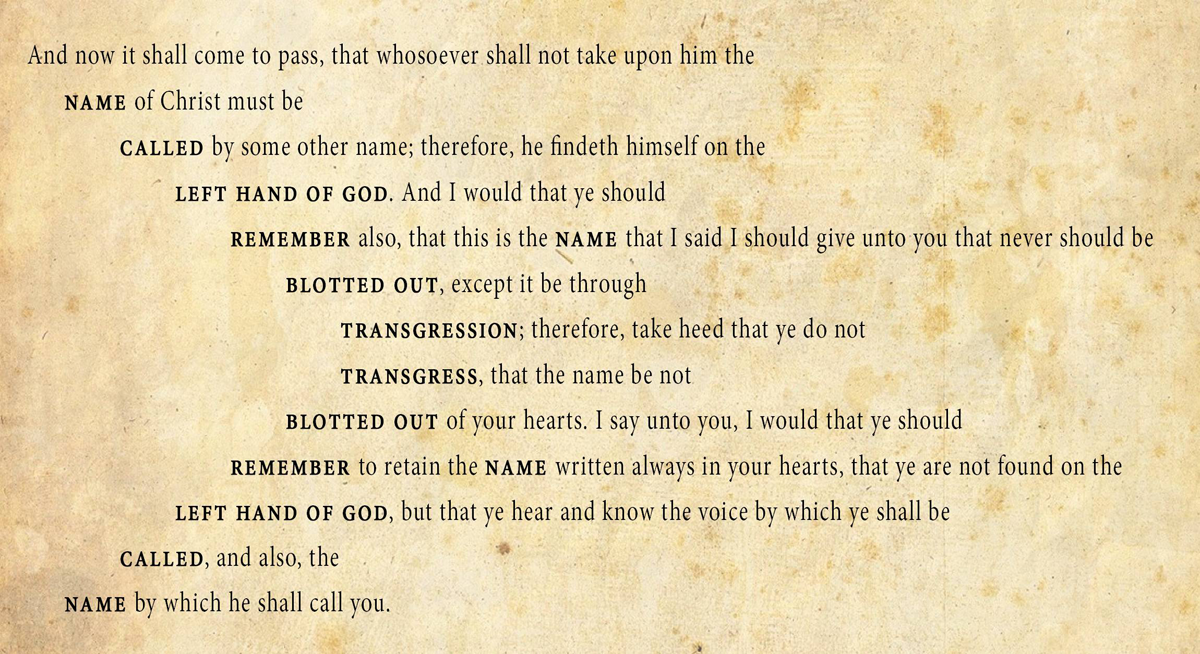 Image via Book of Mormon Central
"And I would that ye should remember also, that this is the name that I said I should give unto you that never should be blotted out, except it be through transgression; therefore, take heed that ye do not transgress, that the name be not blotted out of your hearts."

Welch was a missionary serving in Regensburg, Germany, and chiasmus was an ancient literary technique he had only recently learned about. The possibility was tantalizing—could it be possible? Could this twenty-year old be on the verge of a major breakthrough in Book of Mormon scholarship? Now, fifty years later, it has become increasingly clear that this was a watershed moment that has forever influenced and enriched Book of Mormon studies.

Welch was called to serve in the South German Mission, arriving in Munich on August 17, 1966. While serving in the city of Regensburg almost a year later, Elder Welch and his companion attended an academic lecture at the Regensburg Priester Seminar (the “Priests’ Seminary”). It was at this lecture that Welch first learned about an ancient type of inverted parallelism commonly used in biblical Hebrew literature called chiasmus.

The lecturer made frequent reference to a new book he had recently read, published a year earlier by Paul Gaechter, called Die literarische Kunst im Matthäus-Evangelium (The Literary Art in the Gospel of Matthew). After the lecture, the elders stopped at the nearby bookstore and were able to pick up a copy of Gaechter’s monograph. 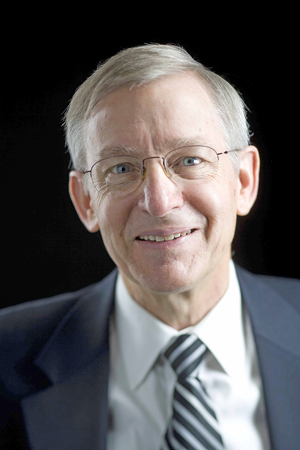 During the next week, as Welch re-read the Gospel of Matthew along side Gaechter’s illuminating study, he saw how chiasmus operated at several levels in Matthew. He also learned that parallelism was important to the biblical authors because they often relied on oral transmission and these literary patterns helped them memorize their texts. For Gaechter, the presence of chiasmus in the Gospel of Matthew was evidence that it was based on a “Semitic original source.”2

Welch had finished Gaechter’s book only a few days earlier when he awoke that August morning with the gripping thought of what chiasmus might mean for the Book of Mormon. So Welch got out of bed and picked up his copy of Das Buch Mormon, wondering: If it is here, where? He felt prompted to begin reading where he and his companion had left off the night before, in the middle of King Benjamin’s speech.

As he read on into Mosiah 5, he noticed, in verse 11, the German word Übertretung (transgression), appearing twice, one stacked directly on top of the another. Welch then found other parallel words and phrases repeated in the adjacent lines above and below. Ultimately, a chiastic pattern that stretched across Mosiah 5:10–12 jumped out at him in a powerful way.3

Welch then turned back to the earlier pages of King Benjamin’s speech, looking for further examples of chiasmus. He soon found another, Mosiah 3:18–19, the exact center of the speech.4 After marveling over what was there in the words of King Benjamin, Welch went over to his companion’s end of the room, woke him up, and exclaimed: “It’s here! There’s chiasmus in the Book of Mormon!” Welch recalled: “It was an exciting moment. I have felt gratitude ever since that my faith and testimony were strengthened by the immediate finding of these passages in the Book of Mormon.”5

Significantly, the next day, August 17, marked Elder Welch’s one-year anniversary since his arrival in Germany as a missionary, making his discovery of chiasmus in the Book of Mormon a very fitting center point of his two-year mission assignment. He began, from that day on, to share his discovery with everyone he could, from newly-met investigators of the Church to clergymen and biblical scholars.6

After his mission ended, Welch had the opportunity to meet Father Paul Gaechter in Innsbruck, Austria, and share his discovery with him. Welch remembers talking with him for about half an hour, and that, as they stood up to leave, Gaechter kindly addressed him in “a very serious, approving tone,” and said, “You must continue your work on this subject. … You have found a life’s work.”7 Welch would get home from his mission the end of August 1968, and less than a year later he published the very first study on chiasmus in the Book of Mormon in BYU Studies.8 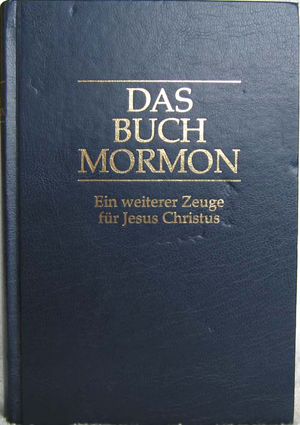 The German Book of Mormon

As Robert F. Smith has commented:

Jack’s efforts to plumb the depths of chiasmus during the 1970s also stimulated other types of literary analysis of the Book of Mormon. Many faithful Mormon scholars have rightly surmised that where chiasmus could be found, there just might be other literary discoveries to be made.11

In addition, if the words in the Book of Mormon were chosen precisely and positioned to preserve and convey complex patterns such as chiasmus and other verbal configurations, then it follows that every word in the Book of Mormon should be plumbed and examined to see what other significant underlying meanings each one might contain. Before the discovery of chiasmus in the Book of Mormon, its texts had not been read that meticulously. But since that time, the text of the Book of Mormon has been scoured and dissected, analyzed and compared more intensely and comprehensively than ever before, literarily, culturally, historiographically, geographically, politically, legally, religiously, and spiritually. As a result, diligent readers today, fifty years later, still rightly wonder what further insights, treasures, and revelations this amazing text may even yet continue to yield up.

For Welch, the study of chiasmus has indeed become a “life’s work.” In addition to discovering a wide variety of fascinating features in the Book of Mormon, the Bible, and other areas of great interest, he has become recognized among biblical scholars as an expert on chiasmus.12 In 1970, he completed his master’s thesis, comparing the presence of chiasmus in the Book of Mormon, the Bible, and other ancient texts.13 In 1974, he published on chiasmus in Ugaritic literature in an international scholarly journal,14 which led to the collaboration of a broad group of expert contributors on a volume of collected essays called Chiasmus in Antiquity, edited by Welch.15

That volume, published by an internationally respected academic press, featured an essay by Welch on chiasmus in the Book of Mormon.16 Eminent Biblical scholar David Noel Freedman praised this book and called special attention to Welch’s “unique treatment of the Book of Mormon,” and considered the work “indispensable.”17 More recently, Welch has been the driving force behind a massive archive of online chiasmus resources hosted by BYU Studies at chiasmusresources.org.

As Welch pointed out in his 1969 BYU Studies article, the discovery of chiasmus helps us see the artistry, complexity, creativity, and profundity of the Book of Mormon, as well as helping us interpret the meaning of the text.