How Does the Lord Make our Burdens Light? 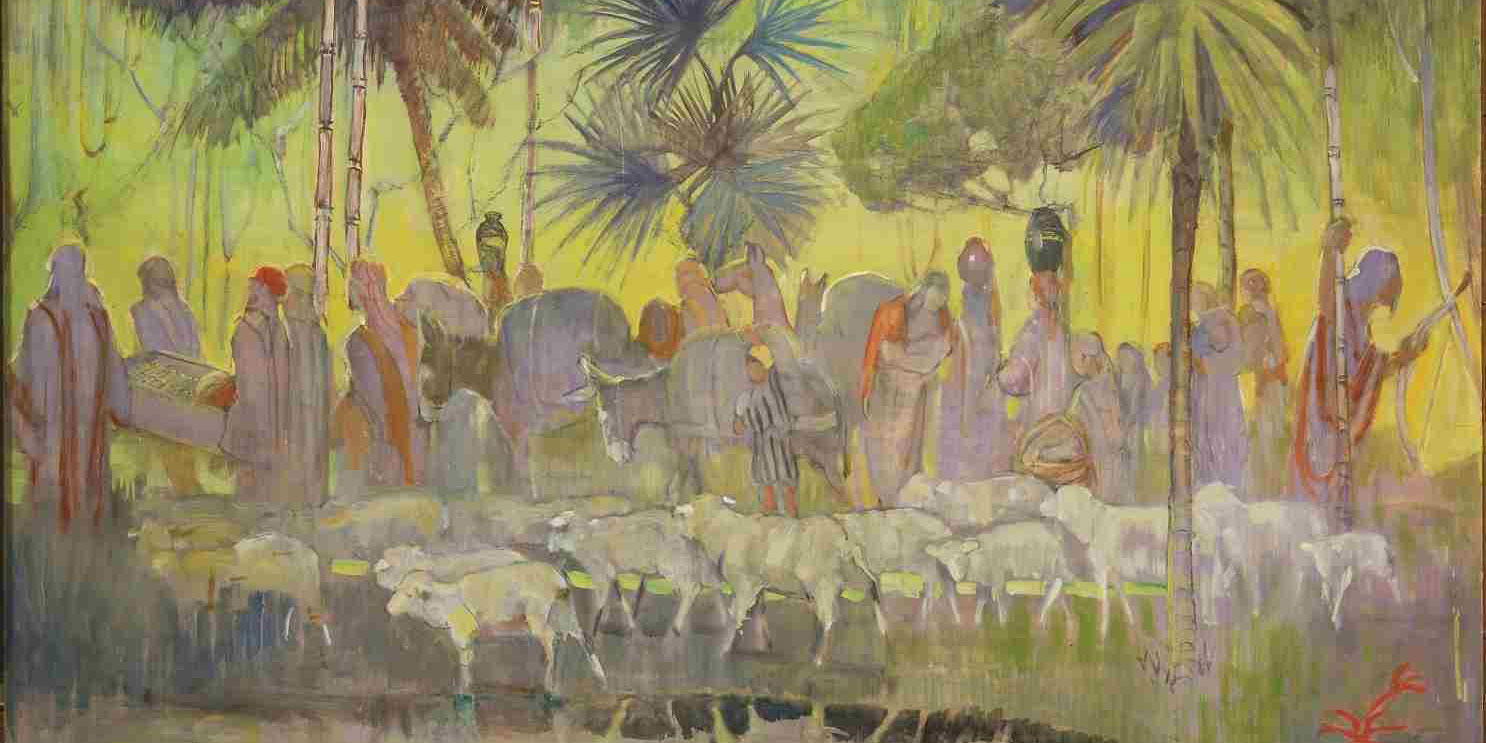 Alma’s people were forced to endure persecution and wandering in the wilderness before being freed, but their burdens were made light by the Lord. Image by Minerva Teichert
“And now it came to pass that the burdens which were laid upon Alma and his brethren were made light; yea, the Lord did strengthen them that they could bear up their burdens with ease, and they did submit cheerfully and with patience to all the will of the Lord”

After escaping from King Noah’s court, Alma the Elder established a covenant-community of believers in the wilderness near the waters of Mormon (Mosiah 18). This community, in keeping with the covenants they had made at baptism, did “not esteem one flesh above another,” nor did any man “think himself above another” (Mosiah 23:7). Each member was patient to “love his neighbor as himself” (Mosiah 23:15; cf. Leviticus 19:18). Their consecrated leaders, priests and teachers, were all “just men” (Mosiah 23:17). They were not a frightened people (Mosiah 23:27), and they prayed for their enemies (Mosiah 23:28).

By this account, life was relatively good at first for members of Alma’s fledgling church. Eventually, though, Alma and his people came under bondage to Amulon, the leader of the now-exiled priests of Noah who had joined forces with the Lamanites (Mosiah 23:35). After breaking a treaty with Alma and his people, Amulon “set guards round about the land of Helam, over Alma and his brethren” (Mosiah 23:37). 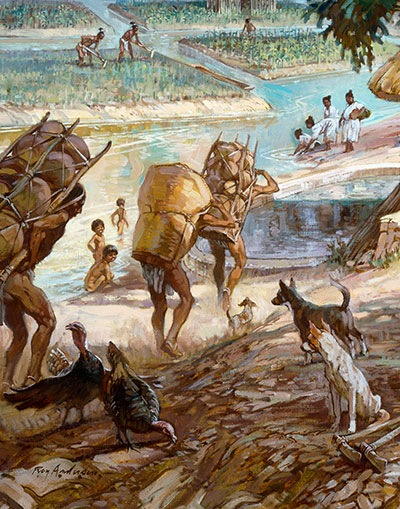 It wasn’t long until “Amulon began to exercise authority over Alma and his brethren, and began to persecute him, and cause that his children should persecute their children” (Mosiah 24:8). As Mormon retells the account of Alma, Amulon “put tasks upon them, and put task-masters over them. And it came to pass that so great were their afflictions that they began to cry mightily to God” (Mosiah 24:9–10). In response, Amulon “commanded them that they should stop their cries; and he put guards over them to watch them, that whosoever should be found calling upon God should be put to death” (Mosiah 24:11).

Alma and his followers endured bitter persecution and subjugation because of the treachery of Amulon. Nevertheless, even if they “did not [vocally] raise their voices to the Lord their God,” Alma and his people “did pour out their hearts to him; and he did know the thoughts of their hearts” (Mosiah 24:12). In response to these prayers the Lord said,

Lift up your heads and be of good comfort, for I know of the covenant which ye have made unto me; and I will covenant with my people and deliver them out of bondage. And I will also ease the burdens which are put upon your shoulders, that even you cannot feel them upon your backs, even while you are in bondage; and this will I do that ye may stand as witnesses for me hereafter, and that ye may know of a surety that I, the Lord God, do visit my people in their afflictions. (Mosiah 24:13–14)

The narrative continues, detailing a miraculous occurrence for Alma and his people. “And now it came to pass that the burdens which were laid upon Alma and his brethren were made light; yea, the Lord did strengthen them that they could bear up their burdens with ease, and they did submit cheerfully and with patience to all the will of the Lord” (Mosiah 24:15). This was followed by another miracle that allowed Alma and his followers to escape their bondage and flee to the land of Zarahemla and find protection under King Mosiah (Mosiah 24:16–25).

Like the children of Israel, Alma's covenant-community camped and traveled in the wilderness for a time after their deliverance under the guidance of their prophet and leader. They trusted in the Lord so that he could "strengthen them that they could bear up their burdens with ease, and...submit cheerfully and with patience to all the will of the Lord" (Mosiah 24:15). 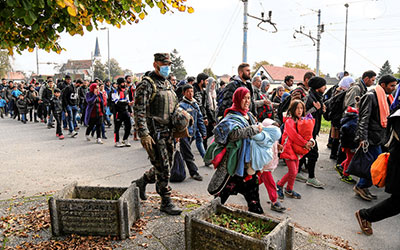 In our individual lives, we can find strength in times of trial by calling on the Lord. As with the people of Alma, He may not always immediately relive our burdens, but He will strengthen us in our time of need. He can make our burdens light by strengthening us with His Spirit, sending people who can help us with our problems or alleviate our pain, or by performing great and small miracles.

At the same time, we are under obligation to help make others' burdens light as well. Recently, for example, Churhc leaders have urged Latter-day Saints to help relieve the burdens of refugees and other displaced persons seeking shelter from political and civil unrest.1

Ultimately, the resurrection and exaltation of Jesus Christ assures that  all will conquer the effects of this fallen world.2 As Elder David A. Bednar of the Quorum of the Twelve Apostles taught,

The unique burdens in each of our lives help us to rely upon the merits, mercy, and grace of the Holy Messiah (see 2 Nephi 2:8). I testify and promise the Savior will help us to bear up our burdens with ease (see Mosiah 24:15). As we are yoked with Him through sacred covenants and receive the enabling power of His Atonement in our lives, we increasingly will seek to understand and live according to His will. We also will pray for the strength to learn from, change, or accept our circumstances rather than praying relentlessly for God to change our circumstances according to our will. We will become agents who act rather than objects that are acted upon (see 2 Nephi 2:14).3