Why Did Alma Talk about Melchizedek?

Melchizedek Blessing Abraham by Walter Rane via lds.org
"Yea, humble yourselves even as the people in the days of Melchizedek, who was also a high priest after this same order which I have spoken, who also took upon him the high priesthood forever."

Alma 13 concludes the words of Alma to the apostate Nephites of the city of Ammonihah. Alma’s discourse mainly focused on repentance, a subject which he had been commanded by the Lord, through the voice of an angel, to preach to the people of that city (Alma 8:16). However, in chapter 13 Alma began to speak about the priesthood and about Melchizedek. Alma’s words are among the most spiritually moving in all of scripture concerning this important high priest who brought forth bread and wine and blessed the patriarch Abraham, from whom he received tithes (Genesis 14:18–20).1 Alma brilliantly used Melchizedek as his primary model of righteous priestly influence. Although this information about Melchizedek may seem out of place to modern readers, it masterfully drives Alma’s message home to his audience.

As Alma and Amulek preached their message of repentance, they used language and symbols that they knew the people of Ammonihah would recognize. Although these people had come to reject the traditional Nephite belief in a Messiah and also the notion of repentance for sins (see, e.g., Alma 1:4; 15:15), they would still have likely known the material concerning Melchizedek from the records on the plates of brass Nephi brought from Jerusalem. Also they would have likely recognized the forms and symbols of Nephite temple rituals. It appears that the primal history and related temple rites served as a strong source for the material that Alma and Amulek presented, as explained in a previous KnoWhy.2 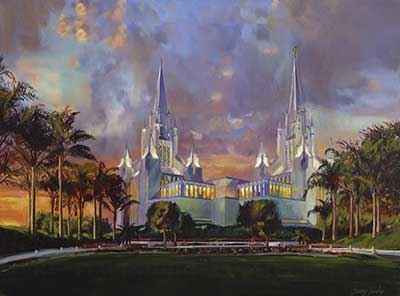 As Alma turned to the second half of his exposition, he spoke specifically about what was likely a main feature of the Nephite temple ritual, namely the high priesthood of the order of the Son of God, of which Melchizedek was a most notable example. The presentation of the royal “Son of God” as the priest “after the order of Melchizedek” was known in the ancient rituals of the Israelite temple in Jerusalem, and Jesus Himself would refer often to Psalm 110 which contains the attestation, “Thou art a priest for ever after the order of Melchizedek” (Psalms 110:4).3 Alma’s point-by-point argument in Alma 12–13 is evidence that this high regard for Melchizedek was perpetuated in the Nephite tradition as well. Alma’s use of Melchizedek assumed his audience was somewhat familiar with this material already.4

Most of all, Alma emphasized how Melchizedek used his position as high priest to help his people to humble themselves and to repent of their wickedness (Alma 13:13, 17–18). Perhaps bringing about the greatest priesthood miracle of all, Melchizedek preached repentance to his people, “and behold, they did repent” (v. 18). He pointed his people toward the Son of God through priesthood ordinances (v. 16) and brought peace to the land (v. 18). He was a shining example of a high priest after the order of the Son of God (v. 9), one of the greatest that ever lived, and for this reason he was particularly mentioned in the Hebrew scriptures (v. 19). The deepest wish of Alma’s heart was that somehow he could do likewise and cry repentance in such a way that his people “should repent and come unto our God, that there might not be more sorrow upon all the face of the earth” (Alma 29:2). 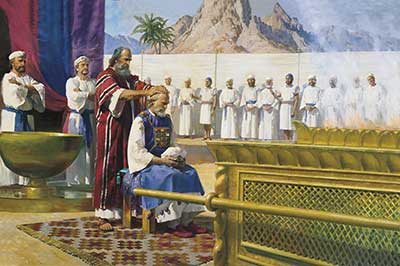 Alma seized the opportunity to use the example of Melchizedek’s people in hopes that the Ammonihahites would do likewise:

And now, my brethren, I would that ye should humble yourselves before God, and bring forth fruit meet for repentance, that ye may also enter into that rest. Yea, humble yourselves even as the people in the days of Melchizedek. (Alma 13:14)

Although the people of Ammonihah may have already been familiar with and recognized Alma’s story of Melchizedek, Alma wanted his people to learn important new lessons from it. The book of Alma presents Alma, as high priest over the church, trying to bring the diverse Nephite communities into a unity of faith after a series of political and religious crises, including the rise of a false religion, which Nehor started.5 Alma went from city to city

Considerable amounts of pride had arisen in the church, and also apostasy due to the priestcrafts that Nehor had helped spread. Alma successfully shared his priestly message with the people in Zarahemla, Gideon, and Melek with promising results. In the context of his preaching in Melek, before heading to the city of Ammonihah, Alma 8:4 brought up the issue of authority, stating that Alma taught “according to the holy order of God, by which he had been called.” This declaration leads into the record of his efforts among the people of Ammonihah, upon whom “Satan had gotten great hold” (Alma 8:9). 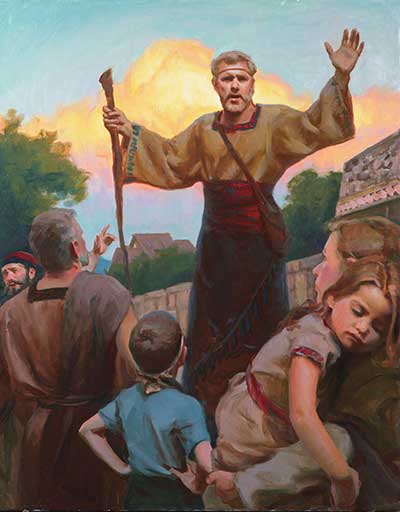 The people of Ammonihah, however, had embraced the religion of Nehor (see Alma 16:11), and thus they had utterly rejected Alma’s authority as high priest when he tried to preach in their city (Alma 8:11–12). The Nehorite priests preached “for the sake of riches and honor” and despised the church of God (Alma 1:3, 16). They saw Alma as a threat, because the members—and leaders—of the church of God “were not proud in their own eyes, and because they did impart the word of God, one with another, without money and without price” (Alma 1:20).

Alma was cast out of Ammonihah, but the Lord commanded him to return, this time with Amulek as a second witness, and to prophesy unto them that the Lord would destroy them because of their iniquities. Alma and Amulek were given power and authority from God to call the Ammonihahites to repentance (Alma 8:29–32).

In this context, Alma’s account of the story of Melchizedek served to legitimatize his claims of authority from God by appealing to this ancient order of the holy priesthood. Similar to Alma, Melchizedek had been both a great political as well as religious leader. Melchizedek’s story was one that people of Ammonihah probably knew and possibly still respected as canonical. If they respected the legacy of Melchizedek, they should have appreciated what he had done for his people. Alma made sure to emphasize the point that Melchizedek’s people, too, had “waxed strong in iniquity and abomination … had all gone astray” and “were full of all manner of wickedness” before Melchizedek had led them to repent (Alma 13:17). Those of the profession of Nehor did not believe in the repentance of their sins (Alma 15:15), but they evidently did not have so low an opinion of scripture yet that they could ignore Melchizedek, so Alma drew a deliberate contrast between what their leaders were leading them to do (not repent and harden their hearts) with what a truly righteous leader such as Melchizedek would be doing. He argued that they should repent contrary to the Nehorite antipathy towards doing so.

Finally, Alma made extensive efforts to emphasize that the power by which this was accomplished was not Melchizedek’s priesthood, but that it was God’s “holy order, which was after the order of his Son.” If they truly wanted to approach God and obtain His salvation, the people of Ammonihah would ultimately need to accept the Messiah, the Son of God, and the priesthood ordinances that came through His holy order.