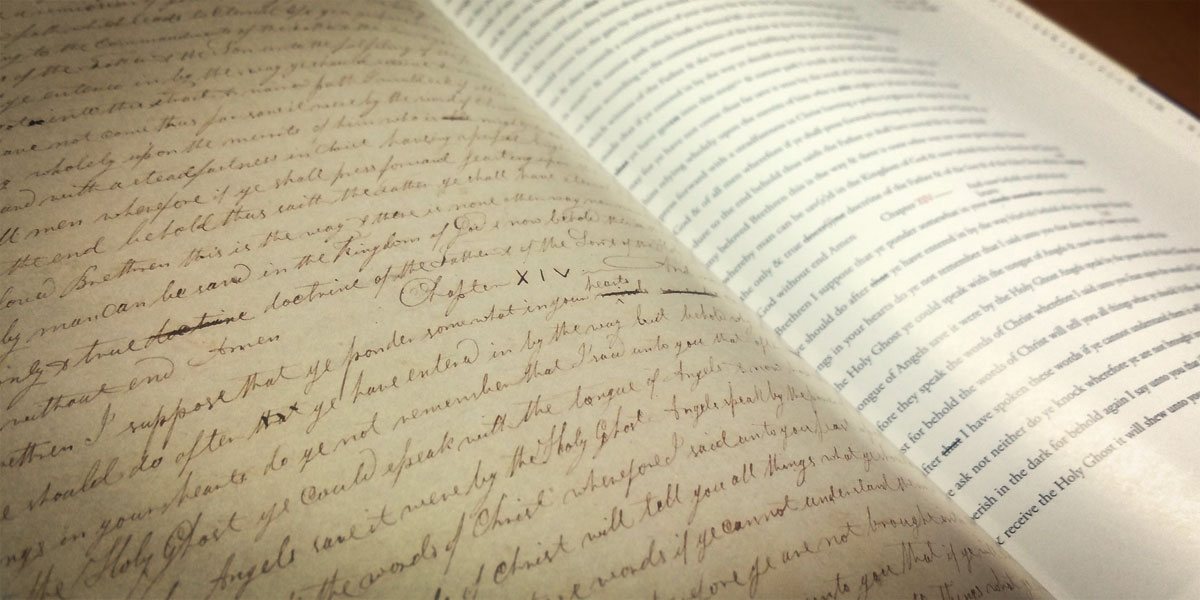 Facsimile of the Printer's Manuscript. Photograph by Book of Mormon Central
“And I, Mormon, pray to God that they may be preserved from this time henceforth. And I know that they will be preserved; for there are great things written upon them, out of which my people and their brethren shall be judged at the great and last day.”

In June of 1878, a tornado tore through the town of Richmond, Missouri. It destroyed a third of the city, taking away even the foundations of the buildings.3 The county courthouse was destroyed, literally scattering books to the winds. Some of these books were carried forty miles away from the courthouse by the tornado.4 David Whitmer, one of the witnesses to the Book of Mormon, was living in the town at the time, and had the printer’s manuscript of the Book of Mormon stored in a room of his house. 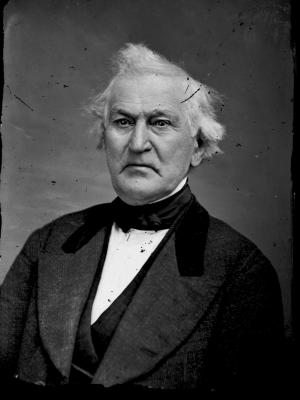 David’s house was a large two-story, seven-room house, and the tornado turned most of it into matchsticks. Or rather, the house across the street destroyed David’s house, when the tornado literally picked up his neighbor’s house and threw it into David’s.5 There was only one part of David’s home that was preserved: the small room in which he stored the printer’s manuscript of the Book of Mormon. The rest of the house was utterly destroyed, but this room was left completely undisturbed; not even the windows were broken.6 Everything else in that part of the town was flattened, yet the room containing the printer’s manuscript survived. David and his family always attributed the preservation of the manuscript to divine intervention.7

David Whitmer kept the manuscript until his death in 1888, and in 1903 Whitmer's grandson sold it to the Community of Christ. They, in turn, sold it to The Church of Jesus Christ of Latter-day Saints on September 18, 2017.8

In the vast majority of cases, the current text of the Book of Mormon is substantially the same as it was when it came forth in 1830. But edits and changes have been made, usually for well-intentioned reasons. By examining the surviving sections of the original manuscript and the printer’s manuscript, we can come to understand the Book of Mormon better.10 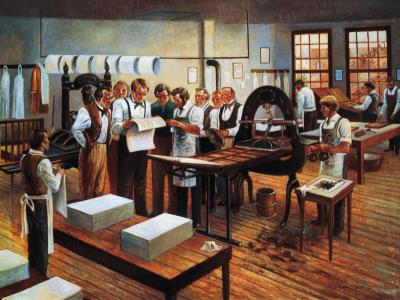 Looking at the handwriting of Oliver Cowdery and the other scribes is a reminder of the effort that was involved in copying page after page of the Book of Mormon.13 It increases our appreciation for the great men and women who were involved in producing the text we all enjoy today.14 And if God did indeed save this text from a tornado, as David Whitmer believed, it might be a good thing for us to pay a little bit more attention to the textual variants in the Book of Mormon.

The more we study the scriptures, and the greater attention we pay to the details of the text, the more the text will come alive to us, and the more we will see things we never noticed before. The printer’s manuscript, as one of the earliest surviving texts of the Book of Mormon, allows us to experience the book in a new way. If we assume that David Whitmer was right and that God had a hand in preserving this manuscript, this story is a reminder to all of us that God sometimes mercifully reaches down to intervene in our lives, helping us in miraculous ways.15