Why Are People Exhausted by Powerful Spiritual Experiences? 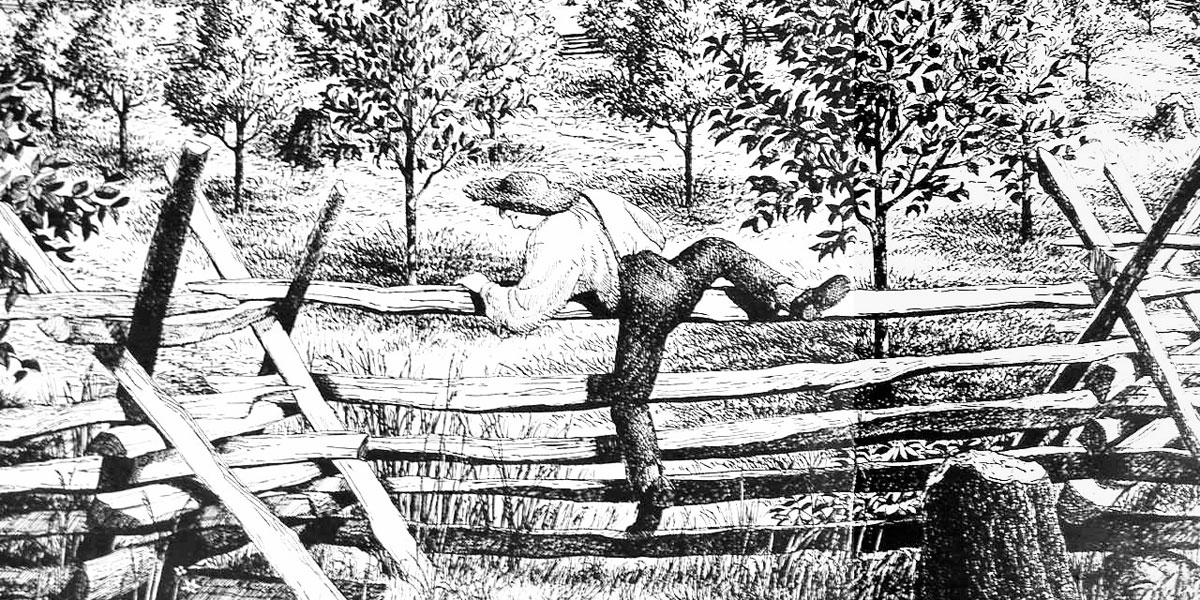 Etching of Joseph Smith Climbing Fence from The Smith Family Farm
“The light of everlasting life was lit up in his soul, yea, ... this had overcome his natural frame, and he was carried away in God.”

Throughout the Book of Mormon, there are occasions where people’s spiritual experiences drain their strength, causing them to become completely exhausted. King Lamoni, for example, fell to the earth as though he were dead, and Ammon explained to the queen that “the light of everlasting life was lit up in his soul,” and that this experience “had overcome his natural frame, and he was carried away in God” (Alma 19:6). After Lehi had a profound vision, he was similarly, “overcome with the Spirit and the things which he had seen” (1 Nephi 1:6–7). In the Book of Mormon, Nephi, Alma the Younger, Lamoni’s household, and Ammon all had similar experiences.1 Other ancient prophets like Moses and Daniel did so as well.2

Although there are many possible explanations for experiences like this, Joseph Smith’s encounters with divine beings may give us close-up accounts to help bring to light the vision-related exhaustion experienced by individuals in the Book of Mormon.3 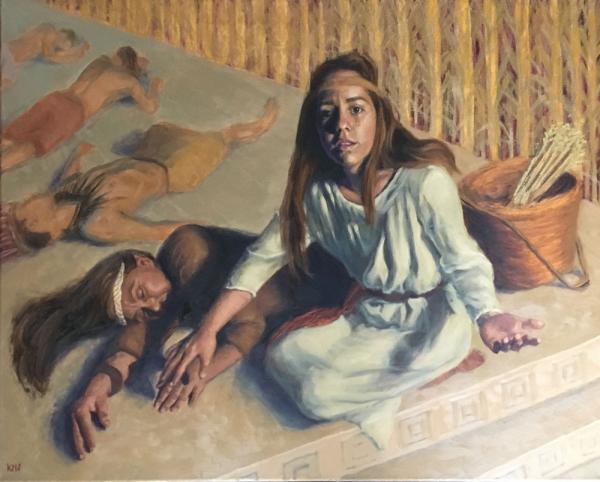 One significant comment comes from Joseph Smith—History 1:20, in which Joseph described what happened immediately after the First Vision: “When I came to myself again, I found myself lying on my back, looking up into heaven. When the light had departed, I had no strength; but soon recovering in some degree, I went home.”4 The vision had drained his strength so much that he actually needed to recover before he could make the short walk home.

He was apparently so exhausted that his mother noticed something was wrong and asked him about it: “And as I leaned up to the fireplace, mother inquired what the matter was. I replied, ‘Never mind, all is well—I am well enough off’” (Joseph Smith—History 1:20).5 He later told Alexander Neibaur that, after the first vision, he “endeavored to arise but felt uncommon feeble.”6

Joseph had a similarly exhausting experience with a heavenly messenger years later, when Moroni appeared to him. Joseph Smith—History 1:47 states “immediately after the heavenly messenger had ascended from me for the third time, the cock crowed, and I found that day was approaching, so that our interviews must have occupied the whole of that night.” Here, it seems that Joseph was surprised at how long his conversations with Moroni had been, as it was only when the cock crowed that he realized how long he had been talking to him.

Joseph got up and attempted to do his usual chores. However, he said, “I found my strength so exhausted as to render me entirely unable.” His father noticed and told him to return home. He recalled, “I started with the intention of going to the house; but, in attempting to cross the fence out of the field where we were, my strength entirely failed me, and I fell helpless on the ground, and for a time was quite unconscious of anything” (Joseph Smith—History 1:48). In this case, the exhaustion usually associated with spiritual experiences seems to have been compounded by Joseph’s lack of sleep, leaving him completely unable to work as usual.

However, Joseph Smith was not the only person in the early church to experience this kind of exhaustion. Philo Dibble recalled that in the process of receiving the vision that would eventually be recorded in Doctrine and Covenants section 76, Sidney Rigdon had a similar experience. Dibble remembered, “Joseph sat firmly and calmly all the time in the midst of a magnificent glory, but Sidney sat limp and pale, apparently as limber as a rag, observing which, Joseph remarked, smilingly, 'Sidney is not used to it as I am.’”7 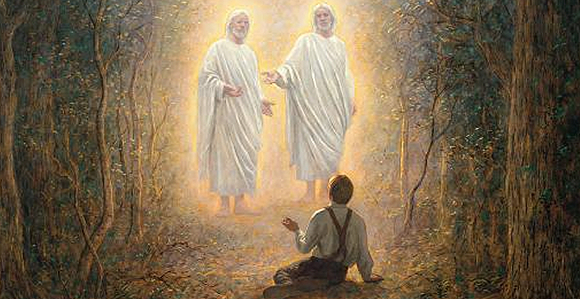 The First Vision via lds.org

This kind of reaction to these spiritual experiences is not unique to either the 19th century or ancient times. Religion scholar Felicitas D. Goodman has stated that “countless reports and modern field observations by anthropologists” have found that when people have significant spiritual experiences like visions, “certain physical changes occur.”8 In the course of these experiences, many people, “fall into what appears to be a deep sleep or even a dead faint.”9 Experiences like this stimulate the nervous system in two opposite ways, and this “alternating action produces relaxation” that may lead to this effect.10 At the same time, the body creates endorphins that act as painkillers in the body.11

Medical anthropologist Barbara W. Lex has noted that, “these endorphins are thought to be responsible on the biological level for the joy, euphoria, and ‘sweetness’ that are often reported in the visions of Christian mystics.”12 She concludes that ultimately, “in some mysterious way … the body becomes a perceiving organ for the sacred dimension of reality.”13 Alma 19:13 specifically states that, Lamoni’s “heart was swollen within him, and he sunk again with joy,” suggesting that Lamoni’s physical body was responding to this spiritual experience in that way anthropologists have observed today: with intense joy and exhaustion.

Truman G. Madsen, in his 1989 classic Joseph Smith the Prophet, stated, “Joseph was wearied with his experience in the grove. The encounter, however long or short, demanded much of him.”14 Like in the Old Testament and the Book of Mormon, “Joseph was filled with a spirit which enabled him to endure the presence of God. Is that spirit enervating or is it energizing? My considered answer is, ‘Yes.’ It is both.”15 To explain this duality, Madsen reasoned that “it demands from us a concentration and a surrender comparable to nothing else possible in this life. But it also confers great capacities that transcend our finite mental, spiritual, and physical powers.”16