Who Are the Witnesses of Christ in 2 Nephi? 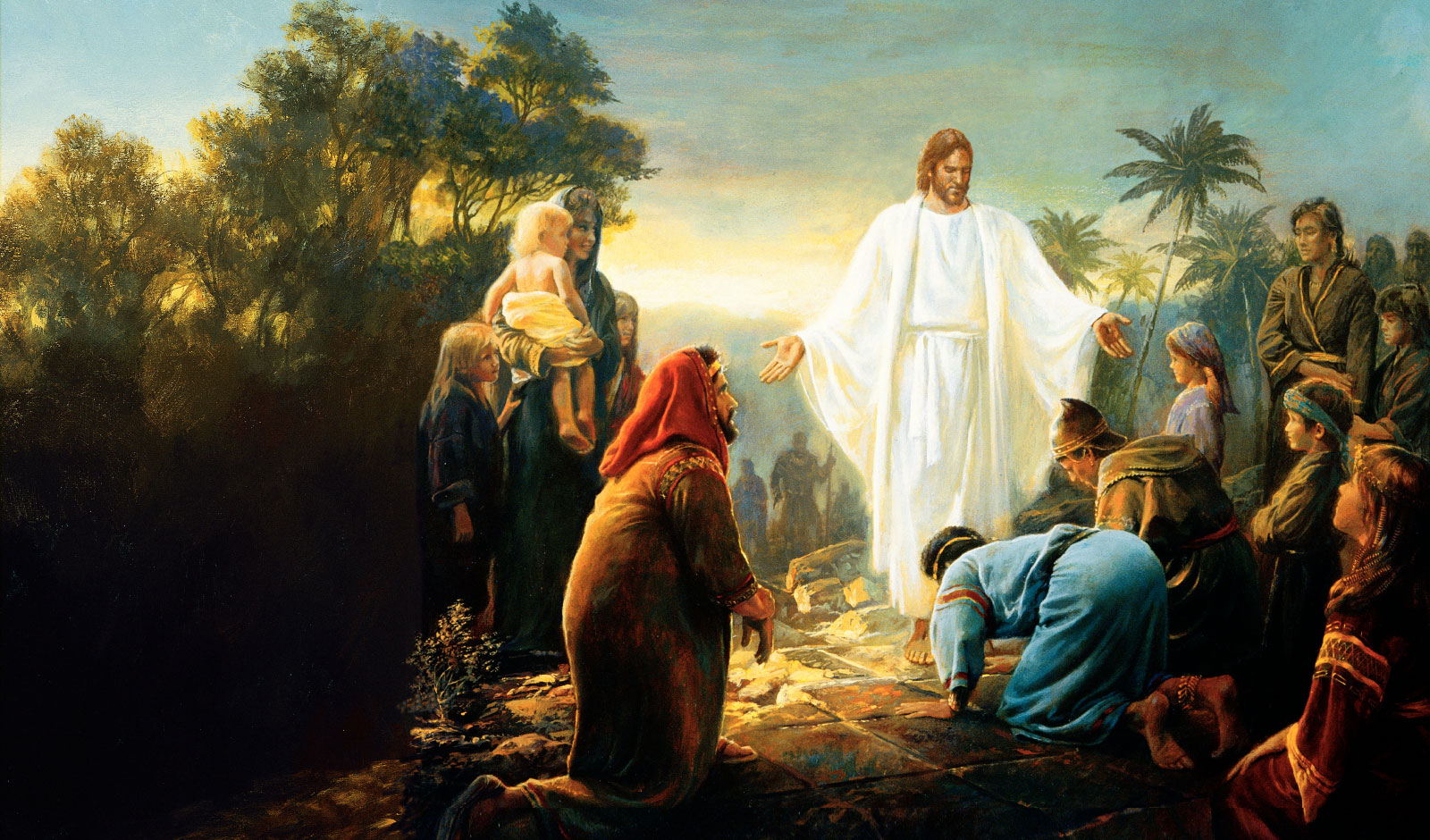 Christ revealing himself to the people of the New World. Image via sistereskanderl.com
“And now I, Nephi, write more of the words of Isaiah … for he verily saw my Redeemer, even as I have seen him. And my brother, Jacob, also has seen him as I have seen him; wherefore, I will send their words forth unto my children to prove unto them that my words are true. Wherefore, by the words of three, God hath said, I will establish my word. Nevertheless, God sendeth more witnesses, and he proveth all his words”

In order to “more fully persuade” others to “believe in the Lord their Redeemer,” Nephi selected, commented on, and likened the prophecies of Isaiah to his life and ministry, for the profit and learning of his family and future readers (1 Nephi 19:23).

Besides likening Isaiah, Nephi also incorporated the testimony of his brother Jacob concerning the coming of Jesus Christ into his narrative exposition on the nature of Christ and his gospel. Together these prophets constitute three separate yet unified voices in the Book of Mormon to satisfy God’s law of witnesses (cf. Deuteronomy 19:15).

Elder Jeffrey R. Holland (a modern "special witness") recognized, “It is interesting to note that there were three . . . witnesses—special witnesses—not only of the divine origins of the Book of Mormon but also of Divinity himself. These early witnesses were Nephi, Jacob, and Isaiah, and it is not by coincidence that their testimonies appear so conspicuously at the beginning of this ancient record.”1

By Nephi’s reckoning, the reasoning behind including Isaiah and Jacob as additional witnesses was because they too, like Nephi, were special witnesses of the Messiah. “For [Isaiah] verily saw my Redeemer, even as I have seen him,” Nephi explained. “And my brother, Jacob, also has seen him as I have seen him.”

Together these three witnesses would “establish” the word of God to his people. “Nevertheless,” Nephi added, “God sendeth more witnesses, and he proveth all his words” (2 Nephi 11:2–3). As Elder Holland concluded, “The testimonies of Nephi, Jacob, and Isaiah have been given as the three great early witnesses who stand at the gateway to the Book of Mormon, declaring their testimony of Christ.”2

Together these early witnesses of Christ in the Book of Mormon paint a theology of anticipation, inviting even those who lived before Jesus’ advent to accept the gospel. Elder Holland identifies a number of interrelated doctrines expounded on by each of these prophets, including the key points of the doctrine of Christ, hope in Christ’s atonement and resurrection, and the atonement’s redemptive power. 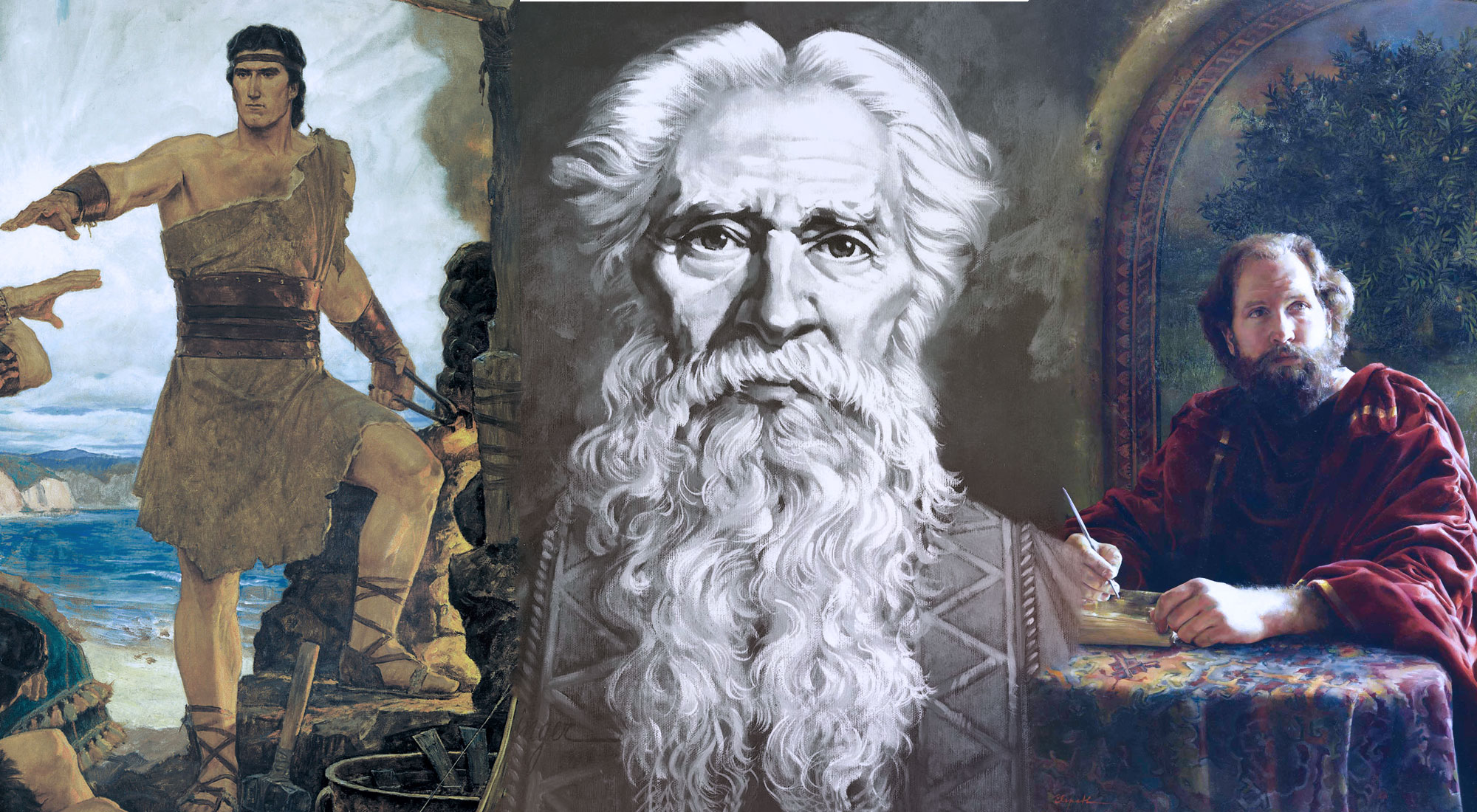 Why would Nephi think it was important to use up precious space on his plates to include the testimonies of Jacob and Isaiah? Elder Holland reasoned, “One could convincingly argue that the primary purpose for recording, preserving, and then translating [this information on] the small plates of Nephi were to bring forth to the dispensation of the fullness of times the testimony of these three witnesses” in plainness and clarity (cf. 2 Nephi 25:4).3

The more serious a given matter, the greater need there is for additional witnesses, which has been recognized by Elder Holland, “After reading these three witnesses from the small plates of Nephi, the reader knows two things in bold relief: that Jesus is the Christ, the Son of the Living God, and that God will keep this covenants and promises with the remnants of the house of Israel. Those two themes constitute the two principal purposes of the Book of Mormon, and they are precisely the introductory themes addressed by Nephi, Jacob, and Isaiah.”4

By including additional witnesses for his message about Christ, Nephi was buttressing his  prophetic authority and veracity. He could have chosen no better than his trusted, faithful brother Jacob and the great seer Isaiah, whom Elder Holland rightly designated “by every standard the messianic prophet of the Old Testament.”5