Where Did Joseph Smith Get His Teachings on the Family? 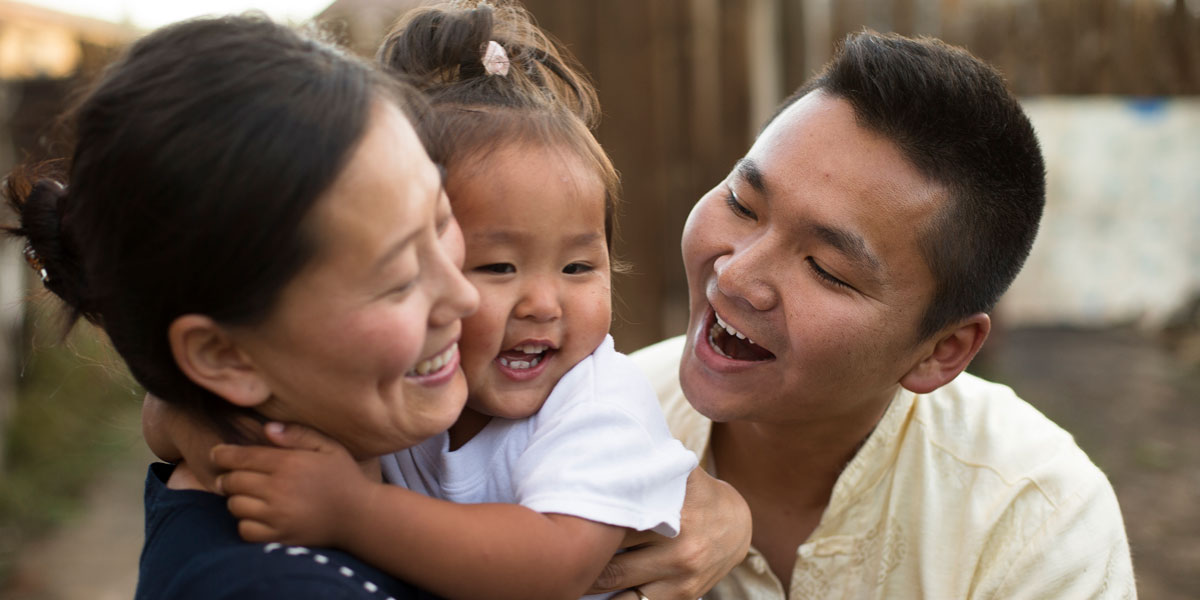 Mongolian Family via lds.org
“Pray in your families unto the Father, always in my name, that your wives and your children may be blessed.”

In the early years of the Restoration and on several occasions, the Prophet Joseph Smith received tutorials from the Lord regarding the eternal importance of families and how Latter-day Saints should act in regard to their families. Beliefs about family responsibilities became an important part of the faith of the Latter-day Saints, based largely on the teachings of Joseph Smith.

As early as July 1830, the Lord revealed to Emma Smith, through Joseph the Prophet, that she had been called to “be for a comfort unto my servant, Joseph Smith, Jun., thy husband, in his afflictions, with consoling words, in the spirit of meekness” (Doctrine and Covenants 25:5).1 Joseph later taught the saints that wives should treat their husbands “with mildness and affection. When a man is borne down with trouble, when he is perplexed with care and difficulty, if he can meet a smile instead of an argument or a murmur—if he can meet with mildness, it will calm down his soul and soothe his feelings.”2

In February 1831, Joseph revealed Section 42 of the Doctrine and Covenants, containing much of the law of the gospel. In it men are commanded, “Thou shalt love thy wife with all thy heart, and shalt cleave unto her and none else” (Doctrine and Covenants 42:22). Seven years later, the Prophet likewise taught men, “It is the duty of a husband to love, cherish, and nourish his wife, and cleave unto her and none else; he ought to honor her as himself, and he ought to regard her feelings with tenderness.”3 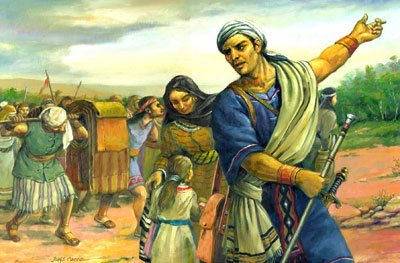 Even before Joseph Smith received these revelations, his translation of the Book of Mormon in 1829 provided him many concrete examples of righteous conduct in families and instruction from Nephite prophets on the Lord’s will in this regard. For example, the Book of Mormon itself begins with a family, that of Lehi and Sariah.5 The sons of Lehi risk their lives, returning to the land of Jerusalem to convince Ishmael and his family to join with them (1 Nephi 7). In time, the sons of Lehi married the daughters of Ishmael (1 Nephi 16:7). Later in the Book of Mormon after the visitation of the Lord to the Nephite people, a golden era of peace and prosperity began with righteous marriages: “And they were married, and given in marriage, and were blessed according to the multitudes of the promises which the Lord had made unto them” (4 Nephi 1:11). Indeed, the underlying structure of the Book of Mormon has been viewed as a classic series of “lineage histories,”6 beginning with Jacob’s father-to-son lineage history (Lehi, Jacob, Enos, Jarom, Omni, Chemish, Abinadom, Amaleki), Mosiah’s royal lineage (Mosiah, Benjamin, Mosiah, Ammon), and Alma’s priestly lineage from Alma, the convert of Abinadi, all the way to Ammaron who, in the end, entrusts the sacred records to Mormon (Alma, Alma, Helaman, Helaman, Nephi, Nephi, Nephi, Amos, Amos, Ammaron). The entire book of Ether is built upon the royal family genealogy from Ether back to Jared.7

In addition to the many lessons about family life and loyalty that can be learned from the narratives in the Book of Mormon, the book explicitly teaches that families should pray together (3 Nephi 18:21). Amulek admonished the Zoramites to “Cry unto [God] in your houses, yea, over all your household, both morning, mid-day, and evening” (Alma 34:21). Jesus, during his visit to the Americas, taught the people: “Pray in your families unto the Father, always in my name, that your wives and your children may be blessed” (3 Nephi 18:21). 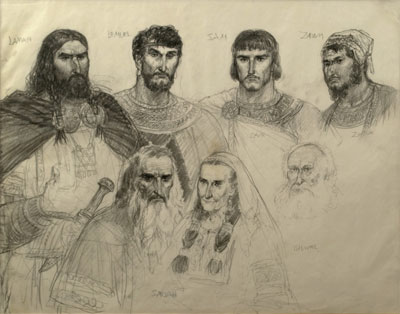 On many instances the Book of Mormon presents the proper parental duties towards their children, and the duties of children to honor their fathers and mothers. The very first verse of the book contains Nephi’s praise for his “goodly parents” and his memory of his father’s teachings (1 Nephi 1:1). Alma, another goodly father, instructed his son, Helaman: “learn wisdom in thy youth; yea, learn in thy youth to keep the commandments of God” (Alma 37:35).

The Lord declared to the Nephites: “Ye shall defend your families even unto bloodshed.” The record goes on to illustrate that the Nephites followed this teaching. “Therefore for this cause were the Nephites contending with the Lamanites, to defend themselves, and their families, and their lands, their country, and their rights, and their religion” (Alma 43:47).

Mormon instructed his son, Moroni, in much the same way that the Lord counseled Joseph Smith in Doctrine and Covenants 68. Mormon said: “Behold I say unto you that this thing shall ye teach—repentance and baptism unto those who are accountable and capable of committing sin; yea, teach parents that they must repent and be baptized, and humble themselves as their little children, and they shall all be saved with their little children” (Moroni 8:10).

These and many other examples illustrate that Joseph Smith received, in the early years of the Restoration, significant counsel from the Lord regarding our responsibility to care for one’s family. Not only did he receive direct revelation from God touching on this subject, but he also had repeated exposure to related principles of successful families throughout his experience of translating, remembering, and reading the Book of Mormon. 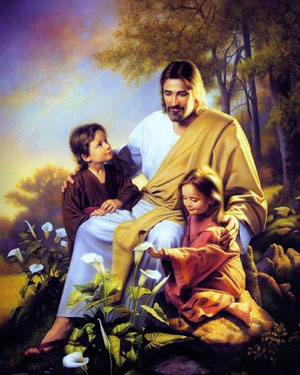 Consider the Lillies by Simon Dewey

From this divine emphasis on righteous family living, readers learn the simple truth that Heavenly Father cares about families on this earth, as he himself models the importance of eternal family relationships and family life in his kingdom of eternal glory. The love and care among husbands and wives, parents and children is an essential part of God’s plan for achieving the purposes of this mortal life.

The Savior himself exemplified this love when He came to earth representing his Father’s love for mankind. He was protected and raised by Joseph and Mary, and He cared for Mary’s needs as one of his last words on the cross. In the Book of Mormon, He blessed the people, both the adults and the children. He then prayed unto the Father for them, in a manner that filled their souls with joy. As Jesus prayed for them, He wept, and they knew the love that the Savior had for them (see 3 Nephi 17).

From both the Doctrine and Covenants and the Book of Mormon, readers today can learn how much the Lord loves all His children and wants all to be happy in their families. He has given many truths and instructions regarding how families can best work in order to enjoy the multitude of blessings that the Father offers and promises through the everlasting gospel of His Son Jesus Christ.

“The Family: A Proclamation to the World,” Ensign, November 1995, online on lds.org