Why Are Children So Prominent in 3 Nephi? 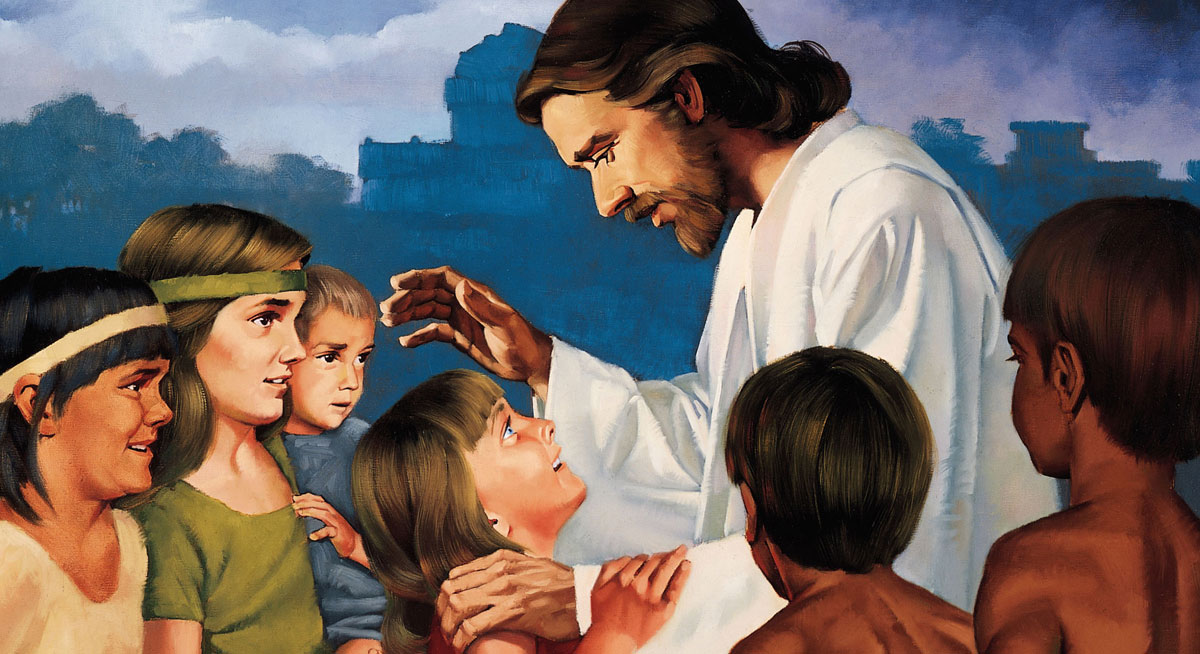 Christ Blessing the Nephite Children by Ted Henninger
"And it came to pass that he did teach and minister unto the children of the multitude of whom hath been spoken, and he did loose their tongues, and they did speak unto their fathers great and marvelous things, even greater than he had revealed unto the people; and he loosed their tongues that they could utter."

One reason why children appear so often in 3 Nephi may be that Mormon felt the people had become pure like children. In classic Ancient Near Easter fashion, Mormon makes this point by referring to King Benjamin’s speech on becoming as a child.

When Mormon summarized what Jesus did while he was with the Nephites, he recorded that Jesus “healed all their sick, and their lame, and opened the eyes of their blind and unstopped the ears of the deaf, and even had done all manner of cures among them, and raised a man from the dead” (3 Nephi 26:15, emphasis added). This comment is remarkably similar to King Benjamin’s prophecy that the Messiah would be “healing the sick, raising the dead, causing the lame to walk, the blind to receive their sight, and the deaf to hear, and curing all manner of diseases” (Mosiah 3:5, emphasis added). In classic ancient Israelite fashion, Mormon appears to have used this description as a literary “red flag,” to signal to the reader that they should read the passage with King Benjamin’s speech in mind.3 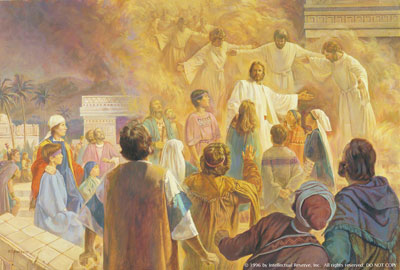 Shortly after the passage Mormon alluded to above, King Benjamin stated that the people needed to “humble themselves and become as little children” (Mosiah 3:18).4 He also said that people needed to become “as a child, submissive, meek, humble, patient, full of love, willing to submit to all things which the Lord seeth fit to inflict upon him, even as a child doth submit to his father” (Mosiah 3:19).5

To become like little children, they had to see their children for who they really were. This is exactly what happens in 3 Nephi 26:16, as the children of the multitude said “marvelous things; and the things which they did utter were forbidden that there should not any man write them.” Regarding this event, Elder Lynn G. Robbins noted, 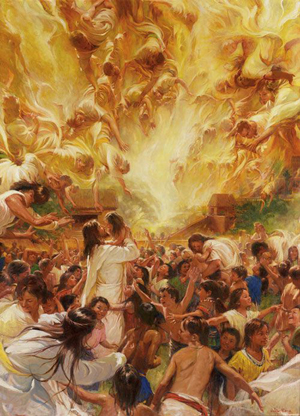 Perhaps more than opening the mouths of babes, the Lord was opening the eyes and ears of their astonished parents. Those parents had been granted the extraordinary gift of a glimpse into eternity and of beholding the true identity and premortal stature of their children. Would that not forever change the way the parents saw and treated their children?6

The experience not only transformed how the parents saw the children, but it also changed the way they saw themselves. Shortly after this, the disciples of Jesus began to baptize people, and they also experienced things “which are not lawful to be written” (3 Nephi 26:17–18), just as the children had before. Finally, the people had become like their little children, as King Benjamin had said so many years earlier, and what Christ had reiterated only days earlier: “ye must repent, and become as a little child” (3 Nephi 11:37).

The result of this hallowed moment is that both parents and children had experienced things that were too sacred to record.7 Such holy revelations must have related to the temple. Perhaps the people and their children had glimpsed the eternal nature of the family and received the sealing ordinances to bind them and their children together both on earth and in heaven. 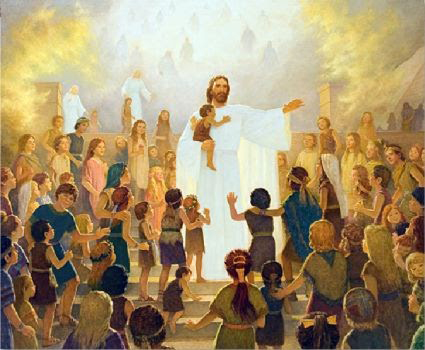 As Mormon connected and compared King Benjamin’s speech with Christ’s visit to the Nephites, he emphasized the significance of children and of becoming childlike. One reason for Christ and Mormon’s emphasis on children was likely a very practical one, signaled to the reader by the allusion to King Benjamin’s speech earlier. Mosiah 26:1 states that those who began to fight against the church were those “that could not understand the words of king Benjamin, being little children at the time he spake unto his people” (Mosiah 26:1).

Christ knew if He wanted to perpetuate a Zion-like society for many years to come, He needed to engage personally with the children of this society, one by one.8 This way, even if they could not remember His words, as in the case of King Benjamin, they would at least remember how they felt when He was with them.9 This would ensure that the children would not fall away from the gospel as they got older.10

However, there is another possible reason for this emphasis on children. In a world that habitually abuses or ignores children, Christ wanted to remind the Nephites, and the modern reader, of the significance of childhood.11 As M. Russell Ballard stated, 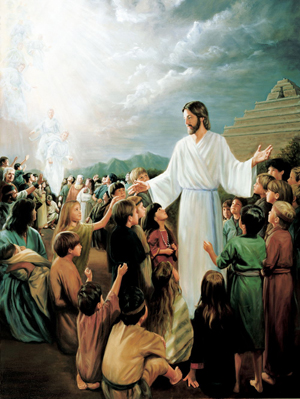 He said to behold them [children, in reference to 3 Nephi 17:23]. To me that means that we should embrace them with our eyes and with our hearts; we should see and appreciate them for who they really are: spirit children of our Heavenly Father, with divine attributes. When we truly behold our little ones, we behold the glory, wonder, and majesty of God, our Eternal Father ... They are receptive to the truth because they have no preconceived notions; everything is real to children ... Their souls are endowed naturally with divine potential that is infinite and eternal.12

Children are central to Christ’s plan of salvation. It is only through becoming like children and submitting to the Father that God’s children can ever hope to have eternal increase. The Book of Mormon reminds its readers of the nobility of children and their importance in the plan of salvation. Christ’s interactions with children teach all readers of the Book of Mormon to see children for who they really are, and as each person becomes more like a little child, helps each person to see themselves for who they really are and the eternal potential of all people.