Book of Mormon Central / KnoWhys
What Was on the Lost 116 Pages? 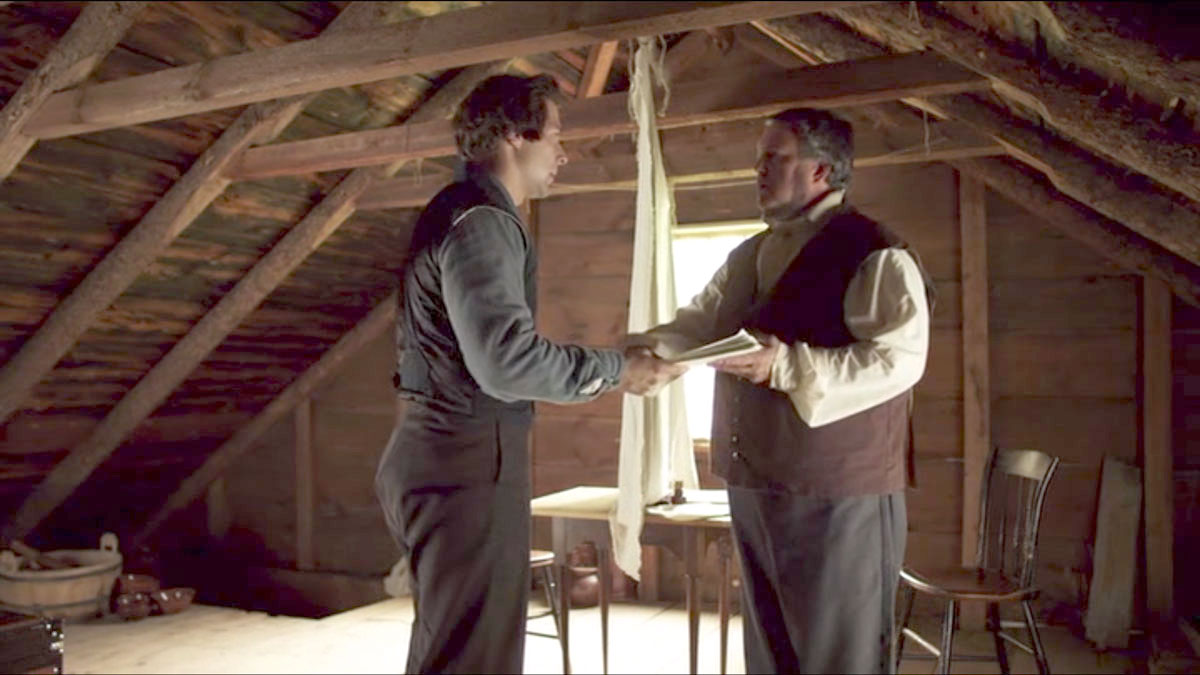 Still Image from Joseph Smith: Plates of Gold
“Wherefore, the Lord hath commanded me to make these plates for a wise purpose in him, which purpose I know not.”

Due to the fame of this story, and its significant role in reshaping the structure and content of the Book of Mormon,3 readers may naturally wonder what the Book of Lehi was all about. Drawing upon several lines of evidence, scholars have been able to reconstruct a number of topics, themes, and even direct statements that most likely were part of Lehi’s original record or Mormon’s abridgment of it.4

Clues from the Small Plates 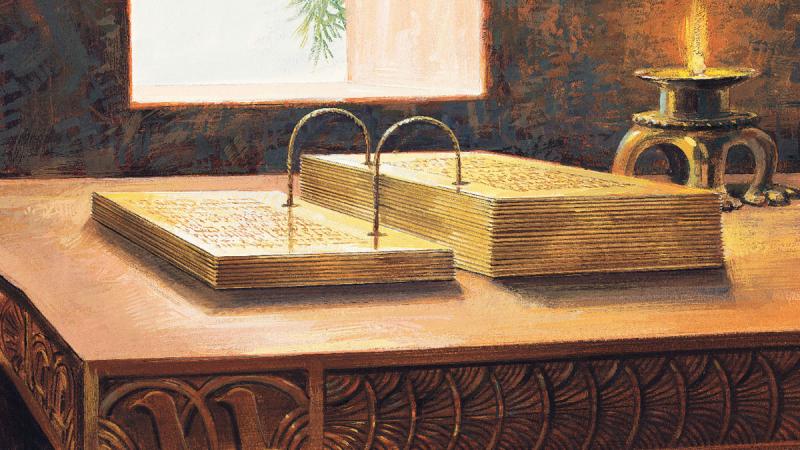 Concerning the small plates (1 Nephi through Omni) Nephi explained, “Wherefore, the Lord hath commanded me to make these plates for a wise purpose in him, which purpose I know not” (1 Nephi 9:5). Today, the purpose for the Lord’s commandment to Nephi has become clear. The small plates help directly compensate for the lost 116 pages, and they provide the Book of Mormon with a much-needed, spiritually focused introduction.5

On several occasions, Nephi stated that he was giving a shortened account of his father’s writings.6 This means that we surely have at least some portions of the Book of Lehi preserved in Nephi’s writings. S. Kent Brown, for instance, has suggested that Nephi’s account of his father’s opening vision (1 Nephi 1:4–15) was likely taken directly from the introduction of Lehi’s record.7 Many more instances could be cited.8 As explained by Don Bradley, the story in the small plates “recapitulates in broad strokes the story of the first four and a half centuries of Nephite narrative that had been given in detail in the Book of Lehi.”9 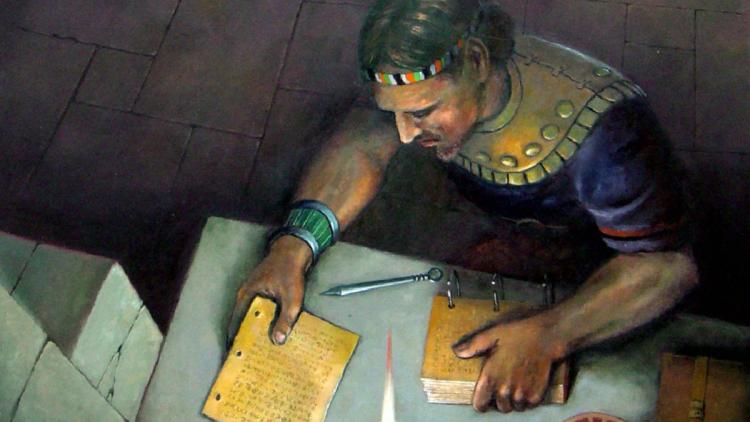 Mormon was a careful editor and abridger, and most of the time he only made references to content that he knew his readers would be familiar with. So one way to find things that were likely on the 116 pages is to look at Mormon’s abridgment and identify perplexing references to unfamiliar past content. These include lost stories like the account of Aminadi (Alma 10:2) and additional details about what happened in Lehi’s wilderness journeys, as is found in Alma 37:38–42. They also include statements from Lehi that aren’t found in the small plates (see Alma 50:19–20).10

Clues from the Doctrine and Covenants 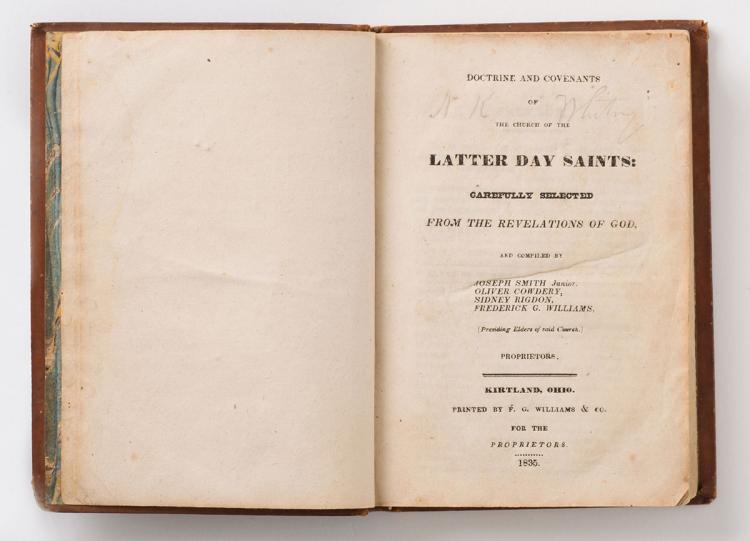 The title page of an 1835 edition of the Doctrine and Covenants. Image via lds.org

Surprisingly, the Doctrine and Covenants also contains information that may help fill in some gaps about the Book of Lehi. For instance, D&C 3:17-18 mentions the seven tribes of Lehi: Nephites, Jacobites, Josephites, Zoramites, Lamanites, Lemuelites, and Ishmaelites. These same tribes show up in this same order on three occasions in the Book of Mormon.11 Their presence in this revelation, dictated soon after Martin Harris lost the manuscript, suggests that these tribes were probably an important piece of information from the Book of Lehi. Doctrine and Covenants 5 and 10 were also dictated before the translation of the plates resumed and may likewise contain valuable information.12 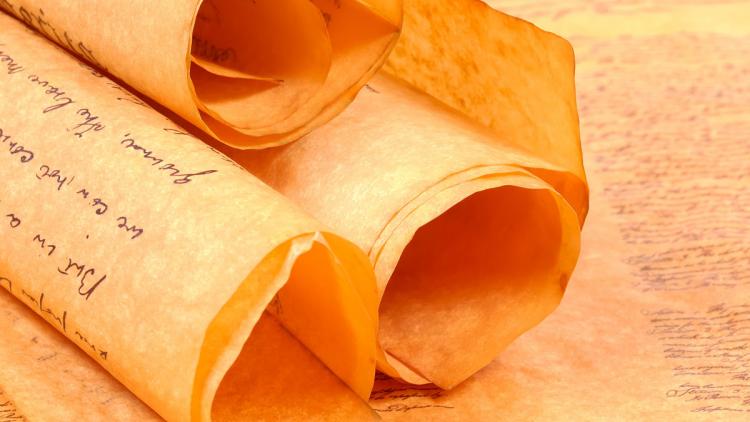 Perhaps the most intriguing line of evidence comes from 19th century historical documents, especially from an interview recorded by Fayette Lapham. Lapham never became a Latter-day Saint,13 but he did record a discussion he had with Joseph Smith, Sr. in 1830. Much of the content in Lapham’s report is clearly garbled. Yet, through careful analysis, Don Bradley has persuasively argued that Lapham’s report does indeed contain several authentic details about the Book of Lehi.

These include (1) a story about Lehi building a tabernacle in the wilderness, (2) a wilderness journey, guided by the Liahona, that seems to have taken place in the New World, (3) the discovery of an artifact that can be reasonably identified as the Nephite interpreters, (4) an encounter with the Lord at a veil, (5) and a report of when the Liahona stopped working. These details are all fascinating because in one way or another Bradley has shown how they help explain perplexing content or fill in missing information about known Book of Mormon stories.14

Until the lost 116 pages are found or the Lord reveals their contents, we will never be sure exactly what was on them. Yet a careful analysis of the available evidence offers intriguing, and in some cases, very likely possibilities about what they contained. This information, while not essential, can help us answer questions about Book of Mormon passages that may otherwise seem confusing or irrelevant.

The story of the lost manuscript also demonstrates that God can compensate for the human weaknesses of his servants. Centuries before Martin Harris lost the 116 pages, God inspired the prophet Nephi to make a record which would ideally serve as a replacement introduction to the Book of Mormon. As the Lord explained to Joseph Smith, “The works, and the designs, and the purposes of God cannot be frustrated, neither can they come to naught. … Remember, remember that it is not the work of God that is frustrated, but the work of men” (D&C 3:1, 2).

Furthermore, the story of the lost 116 pages can also help us trust that God is still accomplishing his designs through living prophets today, whatever weaknesses or ailments they may have. For instance, concerning the health challenges that sometimes accompany the advanced ages of modern apostles, Elder David A. Bednar has taught, “The Lord’s revealed pattern of governance by councils in His Church provides for and attenuates the impact of human frailties. Interestingly, the mortal limitations of these men actually affirm the divine source of the revelations that come to and through them.”15

Whatever challenges or setbacks we may suffer in our personal lives, we can similarly trust that the Lord can compensate for our weaknesses and limitations. Sometimes, like Joseph Smith and Martin Harris, we may feel that “all is lost.”16 Yet through the infinite power of Christ’s Atonement, all that seems lost can be ultimately and miraculously restored.

John A. Tvedtnes, “Contents of the 116 Lost Pages and the Large Plates,” in The Most Correct Book: Insights from a Book of Mormon Scholar (Salt Lake City, UT: Cornerstone Publishing, 1999), 37–52.