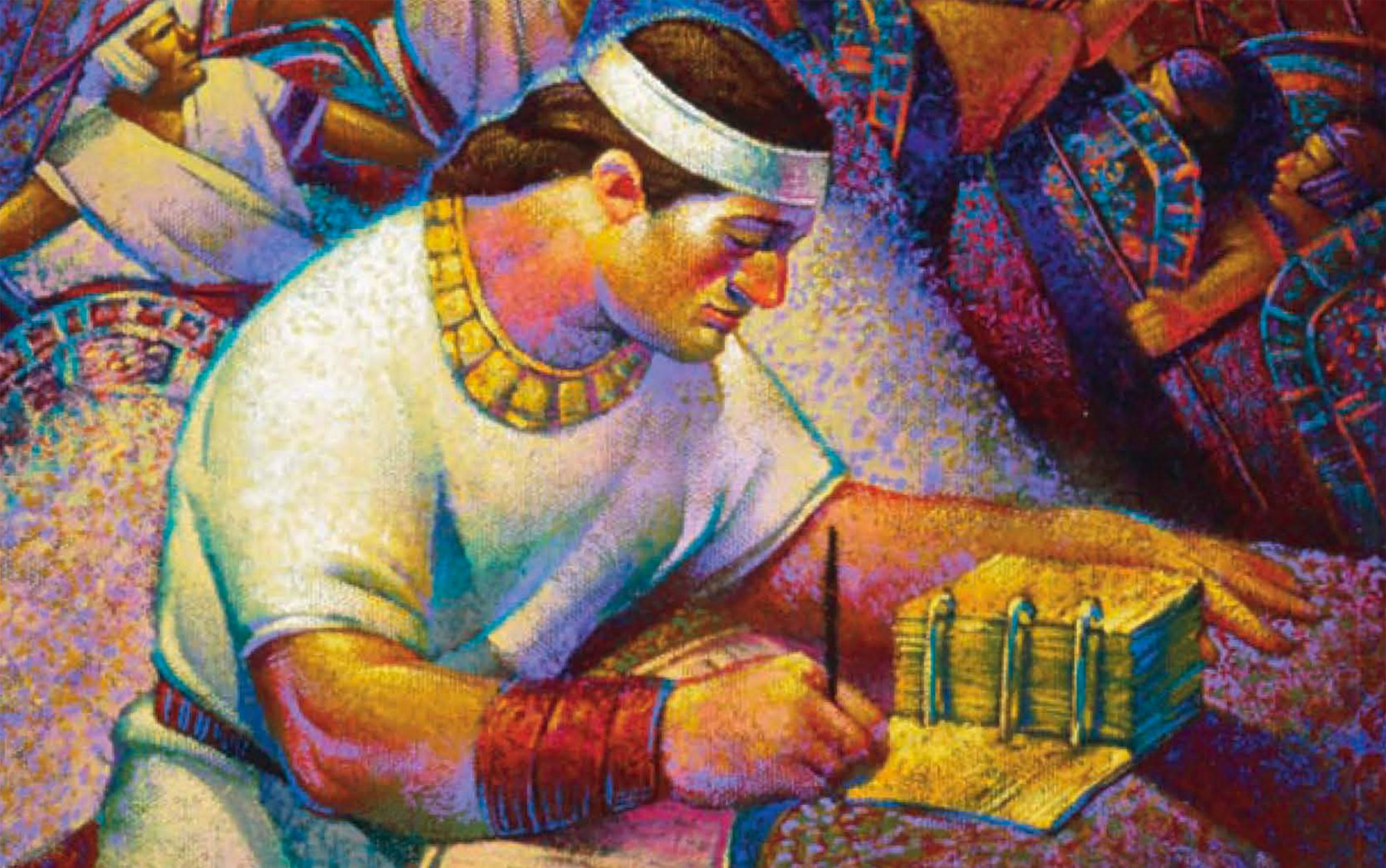 Image via Book of Mormon and Other Restoration Scripture
“And now I, Nephi, write more of the words of Isaiah, for my soul delighteth in his words. For I will liken his words unto my people, and I will send them forth unto all my children, for he verily saw my Redeemer, even as I have seen him”

The books of 1 and 2 Nephi include eighteen chapters of the Book of Isaiah (in addition to other quotations and paraphrases): Isaiah 2–14 and 48–51 either fully or in part. Nephi includes these passages from Isaiah in his record in order to help his audience understand important prophecies from the Lord regarding the future of the human race.1

Using his vision recorded in 1 Nephi chapters 11–14 as a framework, Nephi uses Isaiah as a witness to the visions of the future that he had also received from the Lord.  Latter-day Saint scholar John W. Welch termed this “the Nephite prophetic view.”2

Welch explained that there are four stages of this worldview that are apparent in 1 Nephi 11–14:

This insight offers power in interpreting not only the words of Isaiah but also the prophetic outlook of all writers in the Book of Mormon.

For example, Nephi’s brother, Jacob, conveniently and consciously summarizes the four stages of the Nephite prophetic view in seven verses right near the beginning of his impressive covenant speech in 2 Nephi 6–10. 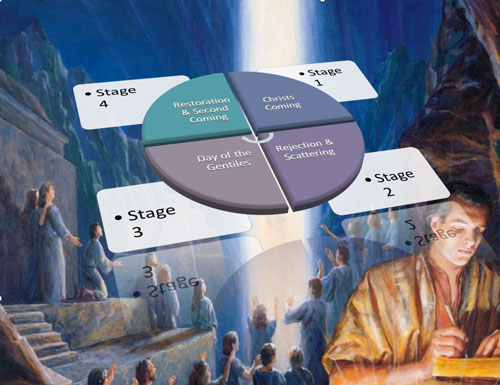 This prophetic overview of God’s plans for the House of Israel and all humanity lines up with and informs Nephi’s and Jacob’s understanding of Isaiah’s prophecies. When Nephi includes passages from Isaiah in his writing, he chooses chapters and verses that align with this prophetic view.

For example, the last four chapters of 1 Nephi deal with the future of Nephi’s people in their new land of promise.4 The order of the topics in these four chapters, 1 Nephi 19-22, tightly follow the order the same four stages found in 1 Nephi 11–14 and 2 Nephi 6.

Along with his presentation of this prophetic pattern, Nephi quotes Isaiah 48 and 49, which correspond to stages 2 and 3, respectively. 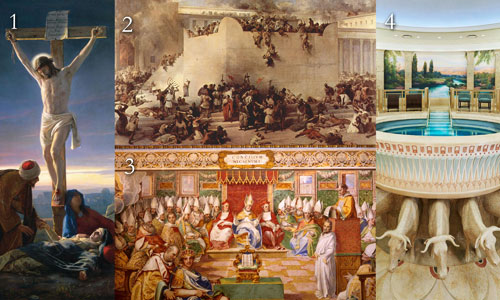 The book of 2 Nephi contains a large block of quoted material, consisting of Isaiah 2–14. The following illustrates how the chapters from Isaiah that Nephi chose to utilize  can be aligned with elements in his paradigmatic four-stage prophetic view. Nephi will make this alignment evident as he interprets these passages in 2 Nephi 25-30, as is briefly illustrated as follows: 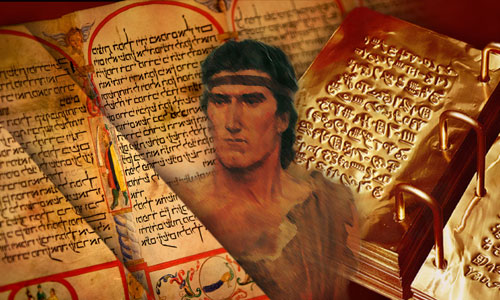 For many reasons, it is important and helpful to read Isaiah intelligently and insightfully. The Savior has commanded all people to take the words of Isaiah seriously. In 3 Nephi, Christ told the Nephites specifically:

Attempting to get through the Isaiah chapters in 1 and 2 Nephi, however, is often considered one of the most difficult aspects of reading the Book of Mormon and, as a result, their sacred and significant messages are often bypassed.

That is why Nephi’s prophetic worldview is so helpful. Understanding the Isaiah chapters is considerably easier when the reader utilizes a framework such as this.

This is only one tool that can help even novice readers to get more out of their reading of Isaiah. But what better guide could a reader hope for than Nephi’s prophetic view and interpretive lens? 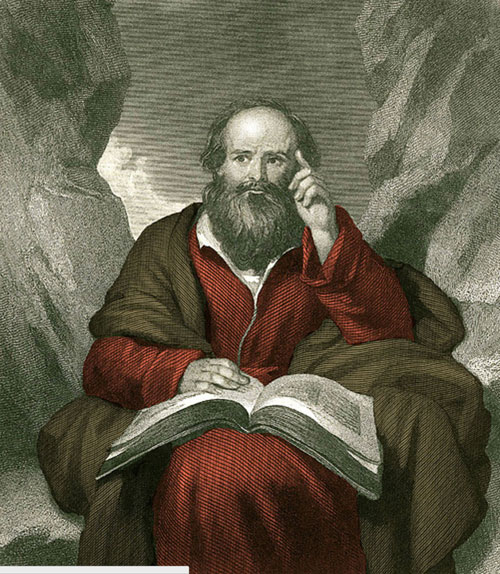 Nephi, through his faithfulness to the Lord, was blessed with a comprehensive vision of how history would play out for the human race, both for the House of Israel and for all the nations. He knew that the Prophet Isaiah had also been given incredible insight into these same future events and used his words as another witness to his prophecies.

Only a person with deep familiarity with a complicated text can summarize its contents concisely and incisively. And only an author who had seen such an overview of the prophetic framework for the history of God’s covenant people could render and utilize such a summary so effectively as one finds in the writings of Nephi. Better than any other accounting that has been suggested, all this explains why Nephi chose to quote the specific chapters from Isaiah that he did.