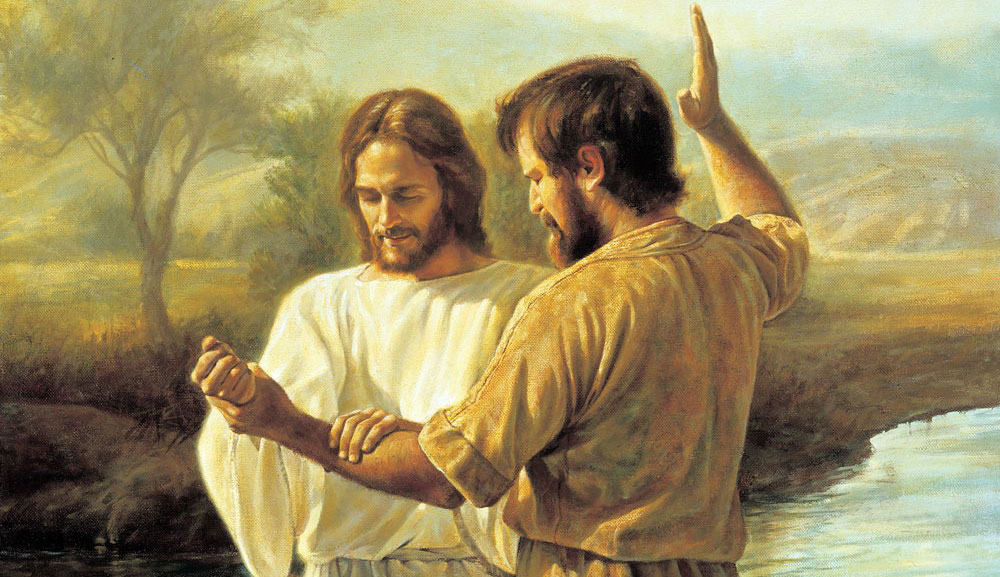 John the Baptist Baptizing Jesus by Greg K. Olsen
And now, I would ask of you, my beloved brethren, wherein the Lamb of God did fulfil all righteousness in being baptized by water? Know ye not that he was holy? But notwithstanding he being holy, he showeth unto the children of men that, according to the flesh he humbleth himself before the Father, and witnesseth unto the Father that he would be obedient unto him in keeping his commandments.

2 Nephi 31 records Nephi’s explanation of the purpose behind Jesus’ baptism, an event that Nephi had previously foreseen in vision (1 Nephi 11:27), in an attempt to expound “in plainness” upon “the doctrine of Christ” (2 Nephi 31:2–3).  Although the ordinance of baptism is prominently featured in the New Testament, the precise purpose and meaning of baptism is left relatively vague. In the Book of Mormon, however, the reasons for and necessity of baptism by water are made abundantly clear. The purpose of Jesus’ baptism, as foreseen and understood by Nephi, serves as a model for baptism throughout the rest of the Book of Mormon narrative.

Noel B. Reynolds, an emeritus professor of Political Science at BYU and former director of the Foundation for Ancient Research and Mormon Studies (FARMS), highlighted the fact that the New Testament uses two different metaphors for what the act of baptism represents. The first is the idea of purification, or the washing away of sins, as can be seen in Acts 22:15–16. The second is the idea that it is a representation of the death, burial, and resurrection of Jesus Christ, as introduced by Paul (Romans 6:4).1 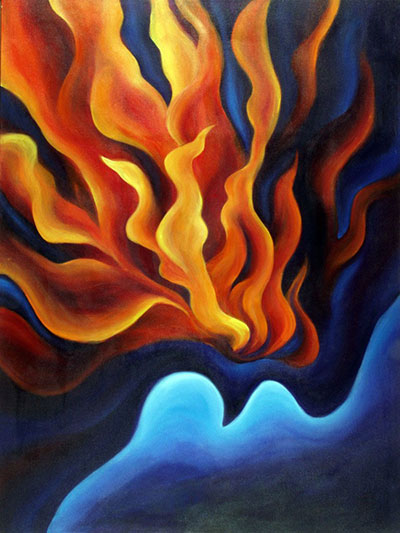 The Book of Mormon has a third, and very important, metaphor of the main purpose of baptism. Reynolds demonstrates that for Nephi and subsequent Book of Mormon figures, baptism principally serves as an outward sign or open witness of one’s repentance and commitment to follow Jesus Christ.2 Instead of cleansing from sin, Reynolds notes, “the Book of Mormon consistently points to a different symbolism: the making of a covenant.”3 The cleansing then comes by the purifying fire of the Holy Ghost (3 Nephi 12:2).

This distinction is of great importance and clarifies a doctrine that Christ, in the New Testament, declared to be essential for entrance into the kingdom of God (John 3:5; 1 Peter 3:21). As LDS scholar Craig Ostler has also argued, although the baptism of Jesus is the “first common topic” in the four Gospels, “the importance of baptism as an ordinance of the gospel of Jesus Christ and an understanding of why baptism is given such a place of importance are not generally as familiar.” He also rightly notes that “the Book of Mormon clarifies the covenant nature of baptism.”4

Indeed, Nephi explains that the reason why a sinless Jesus would need baptism is not for the remission of sins but to publicly witness the making of his covenant to be obedient to the Father. As 2 Nephi 31:7 states, “But notwithstanding he being holy, he showeth unto the children of men that, according to the flesh he humbleth himself before the Father, and witnesseth unto the Father that he would be obedient unto him in keeping his commandments.” In fact, in the ancient world, the swearing of an oath, the bearing of a testimony in court, or the making of a contract or covenant was often accompanied by outward gestures, submission to an ordeal, and the invocation of the name of the god who would attest to its enforcement.

Subsequent narratives regarding the ordinance of baptism in the Book of Mormon decisively follow this precedent. When Alma baptizes his followers at the waters of Mormon, he emphasizes the fact that their baptism serves “as a witness before [God] that ye have entered into a covenant with him, that ye will serve him and keep his commandments, that he may pour out his Spirit more abundantly upon you” (Mosiah 18:10).  The first baptism he performs, for the man Helam, includes the words: “I baptize thee … as a testimony that ye have entered into a covenant to serve him until you are dead” (Mosaiah 18:13). 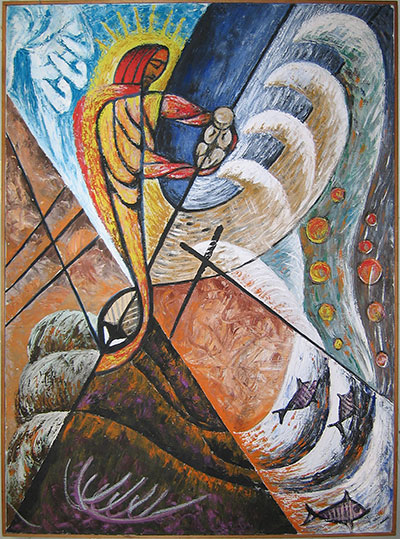 Later, the people of King Limhi demonstrated that they held this same understanding of the purpose of baptism. Mosiah 21:35 states: “They were desirous to be baptized as a witness and a testimony that they were willing to serve God with all their hearts.”

The accounts of baptisms performed shortly before Jesus’ ministry among the Nephites confirm that this reason for baptism—“as a witness and a testimony before God”—was perpetuated until the time of Christ (3 Nephi 7:25). One of the most important of Christ’s actions during his visit to the Nephites was the establishment of the ordinance of the Sacrament. Jesus’ own teachings regarding the purpose of the Sacrament (3 Nephi 18:7, 10–11) as well as the words of the sacramental prayers (as recorded in Moroni 4–5), according to Reynolds, “precisely recapitulate the converts’ witnessing to the Father, renewing their prior witness of the covenant they had made to take upon themselves the name of Christ, to keep his commandments, and to remember him always.”

One of the purposes of the Book of Mormon is the restoration of “plain and precious” truths that have been lost or obscured.5 The teachings contained in the Book of Mormon regarding the purpose of baptism are unique and exceptional in all of ancient scripture for their clarity, specificity and consistency. In contrast to biblical descriptions of baptism, the Book of Mormon provides profound insight into the covenantal nature of this ordinance, what the individual is signaling to God when he or she chooses to be baptized, and the way in which God responds to the believer’s commitment. 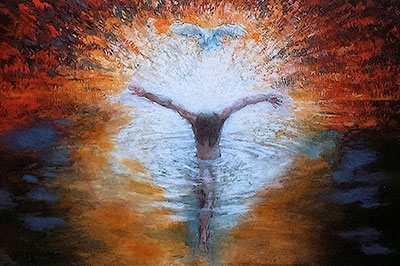 Furthermore, the Book of Mormon demonstrates how the act of baptism fits into the larger picture of the “doctrine” and “gospel” of Christ. One may be led to assume, without the teachings contained in the Book of Mormon, that the act of baptism, on its own, can provide the believer with a remission of sins. However, the teachings of the Book of Mormon indicate that baptism is one part of an organic whole that includes faith, repentance, baptism, the reception of the Holy Ghost, and enduring to the end. The text makes clear that baptism without repentance or the purifying effect of the Holy Ghost is not enough to wash away sins. As Noel Reynolds noted:

A surprising implication of this Book of Mormon language is that the covenant the convert signals at baptism is actually made before baptism and is the central element of repentance. Genuine repentance always includes a deliberate commitment by the penitent person to turn to Christ and walk in his path—taking his name upon oneself and keeping his commandments. Baptism and repentance are thus linked together: baptism completes repentance. 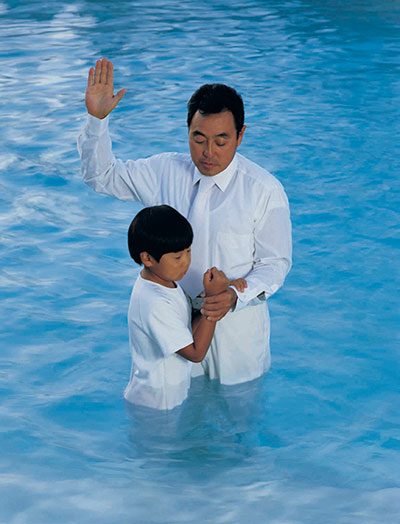 The Book of Mormon introduces the idea that baptism is the sign that we give to God that we are committed to following Christ and keeping His commandments. Thus, in the sacrament prayers inaugurated by Jesus himself and preserved by the Book of Mormon, we renew our baptismal covenants and witness anew our willingness to keep the commandments that have been given to us (3 Nephi 18:7, 10; Moroni 4-5). The remission of sins comes not simply by being washed in water but by reception of the gift and power of the Holy Ghost, as recognition by God of our repentance and willingness to enter a covenant relationship with him. Because the covenant we make at baptism is essential to our salvation, the clarity that the Book of Mormon brings to the subject is both urgent for all people to understand and also as a display of God's mercy and generosity toward all who have faith, repentance, and humble themselves before Jesus, their Lord.