What Did the Early Saints Learn about the Second Coming from the Book of Mormon? 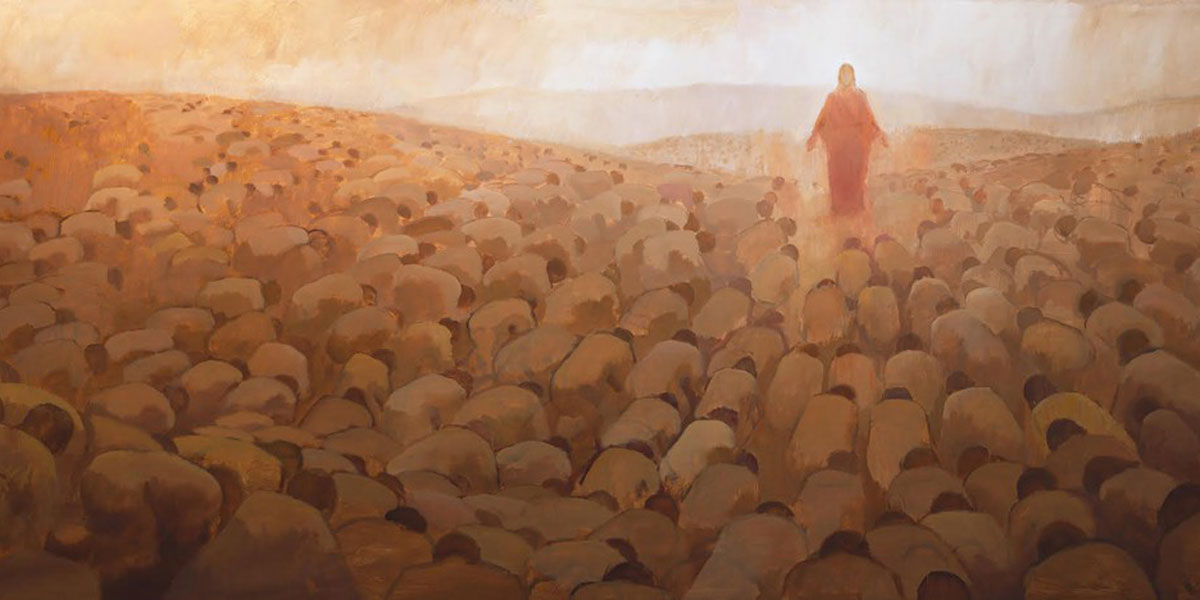 Every Knee Shall Bow Every Tongue Confess by J. Kirk Richards
“And ye may know that the words of the Lord, which have been spoken by the holy prophets, shall all be fulfilled; and ye need not say that the Lord delays his coming unto the children of Israel.”

As early as 1823, Joseph Smith was made aware that his mission would include preparing the world for the second coming of Jesus Christ.1 In 1831, Joseph was told:

Yea, let the cry go forth among all people: Awake and arise and go forth to meet the Bridegroom; behold and lo, the Bridegroom cometh; go ye out to meet him. Prepare yourselves for the great day of the Lord. (Doctrine & Covenants 133:10)

Some of the very first words of warning regarding the second coming of the Lord in this last dispensation came by way of Joseph’s translation of the Book of Mormon. BYU Professor W. Jeffrey Marsh pointed out that the Book of Mormon generally clarifies the doctrine of the Second Coming in several ways:

Marsh went on to outline the most significant signs of the Second Coming specifically found in the Book of Mormon, including the following: 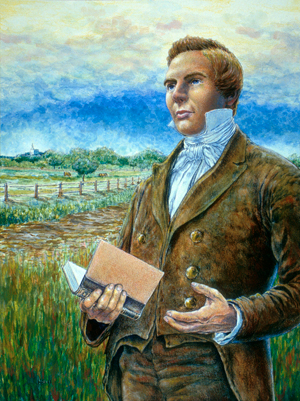 The Restoration of the Gospel

Passages such as 1 Nephi 14:7–17 contain prophecies of the latter-day restoration of the Gospel and the “church of the Lamb of God” (v. 10). Nephi used a phrase from Isaiah 29:14 to describe his vision of this restoration as “a marvelous work among the children of men” (v. 7). Nephi declared that “at that day, the work of the Father shall commence, in preparing the way for the fulfilling of his covenants, which he hath made to his people who are of the house of Israel” (v. 17).

The Ministry of the Prophet Joseph Smith

2 Nephi 3 preserves a prophecy made by Joseph of Egypt that one of his descendants, would come forth as a “choice seer” (v. 6). This latter-day seer would be named Joseph as well, as would his father (v. 15), and would restore a “knowledge of the covenants” of the Lord (v. 7), and would be given “power to bring forth my word” and also “to the convincing them of my word” (v. 11). The Savior himself prophesied of Joseph Smith’s mission, calling it “a great and a marvelous work” in which He would protect His “servant” so that he could withstand his enemies and bring forth God’s word “unto the Gentiles” (3 Nephi 21:9–11).

The Coming Forth of the Book of Mormon

2 Nephi 27 interprets Isaiah 29 to describe the coming forth of the Book of Mormon.3 The book would come forth with the words of “them which have slumbered” (v. 6). The translation of the book would be a miraculous event, part of the Lord’s “marvelous work and a wonder” (2 Nephi 27:26). Jesus Christ, during his post-resurrection visitation among the Nephites, prophesied that the Lord would reveal the Book of Mormon in order to “show forth his power unto the Gentiles” (3 Nephi 21:6) and that it would “be a sign unto them” that the covenant of the Lord was about to be fulfilled (v. 7). 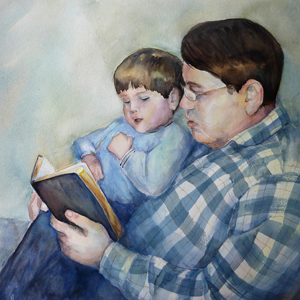 The Restoration of Judah

The Book of Mormon contains several prophecies concerning the return of the Jews to the lands of their inheritance before the Second Coming.4 The restoration of the gospel and latter-day missionary work would play an important role in the fulfillment of these promises.

Missionary Work in the Latter Days

The Book of Mormon teaches much about how to do missionary work,5 and also about the role that such efforts would play in the period leading up to the Second Coming (Jacob 5:61, 71–72). The Book of Mormon is the missionary tool that is to be used to bring both the Gentiles and the house of Israel back to the Lord (3 Nephi 21:2–7).

The Building of the New Jerusalem

The Book of Mormon presents the notion that before the Second Coming, those established in the Lord’s Church (converted gentiles and the remnant of Israel in America), will build a city “which shall be called the New Jerusalem” (3 Nephi 21:23). This city will be endowed with “the power of heaven” and Christ himself “will be in the midst” of it (v. 25). Christ also declared that when the city is built, “the tribes which have been lost” will be gathered from “all nations” and inherit this place as “the land of their inheritance” (vv. 26–29).6

Moroni declared that “secret combinations … caused the destruction of [the Jaredites] …, and also the destruction of the people of Nephi” (Ether 8:19–21). Moroni warned that any nation that upholds “such secret combinations . . . until they shall spread over the nation, behold, [that nation] shall be destroyed” (v. 22). Speaking to latter-day readers of his words, Moroni plead that they “suffer not that these murderous combinations shall get above you” and that “when ye shall see these things come among you that ye shall awake to a sense of your awful situation” (vv. 23–24). 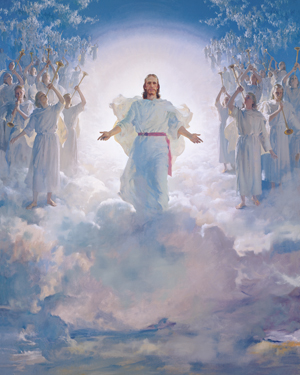 The Second Coming by Harry Anderson

The teachings of the Book of Mormon regarding the Second Coming would have been foundational to the earliest members of the Church. On reading or hearing subsequent revelations, such as those in Doctrine and Covenants 29, 39, 45, 133, and others, they would have likely accepted those teachings more readily, whether on first hearing or upon subsequent reflection, in light of the first authoritative appearance of those doctrines in the Book of Mormon.

President Ezra Taft Benson declared that the “record of the Nephite history just prior to the Savior’s visit reveals many parallels to our own day as we anticipate the Savior’s Second Coming.”7 Thus, studying the Book of Mormon can help people navigate the complexities of modern times. Marsh listed several signs that preceded Christ’s appearance in the Book of Mormon that are also prophesied of His Second Coming, including:

Behold, the Lord hath shown unto me great and marvelous things concerning that which must shortly come, at that day when these things shall come forth among you.

Behold, I speak unto you as if ye were present, and yet ye are not. But behold, Jesus Christ hath shown you unto me, and I know your doing. (Mormon 8:34–35)

W. Jeffrey Marsh, “The Second Coming of Jesus,” in The Book of Mormon and the Message of the Four Gospels, ed. Ray L. Huntington and Terry B. Ball (Provo, UT: Religious Studies Center, Brigham Young University, 2001), 92–109.

John W. Welch and J. Greg Welch, The Coming of Christ to the Nephites: A Pattern for His Second Coming (Provo, UT: FARMS, 1999).

John A. Tvedtnes, The Most Correct Book: Insights from a Book of Mormon Scholar (Salt Lake City, UT: Cornerstone Publishing, 1999), 270–274.