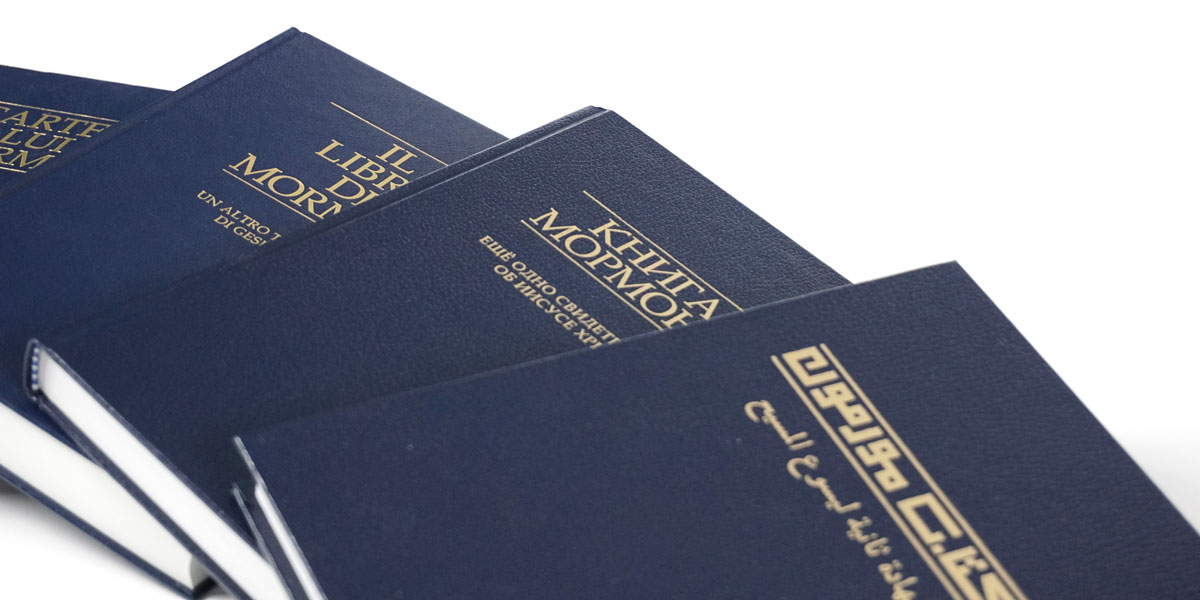 The Book of Mormon in Ukrainian
“He manifesteth himself unto all those who believe in him, by the power of the Holy Ghost; yea, unto every nation, kindred, tongue, and people, working mighty miracles, signs, and wonders, among the children of men according to their faith.”

Often, when we think about the translation of the Book of Mormon, we immediately think of how Joseph Smith miraculously translated its Reformed Egyptian characters into English.1 This is certainly appropriate, considering that this event was one of the most miraculous occurrences of this dispensation.2 But translations of the Book of Mormon into other languages have also been miraculous, in their own small way.

At least portions of the Book of Mormon have been translated into 111 languages, from Danish (1851), Welsh (1852) and Hawaiian (1855),3 to Pohnpeian, Sesotho, and Tshiluba, announced in 2017.4 Each translation has been a major effort of dedication, and many have been accompanied by miracles. The translation of the Book of Mormon from English into Ukrainian is one such small miracle in Church history.

1991 was a difficult year for Eastern Europe. The Soviet Union had become increasingly unstable, with an attempted coup in August of that year, and the USSR would be officially non-existent by New Year’s Eve.5 Hyperinflation gripped the economies of new Eastern European countries like Ukraine, and people were struggling to survive.6 One of these people was a woman named Zoya Gulko, a Ukranian of Jewish descent, who was working full-time teaching English in Kiev.7

This time of turmoil left Zoya and her husband Slava wondering what they could do to come to know God and find meaning in their lives.8 Although both of them were atheists, they tried various things to discover God’s existence, looking into Judaism, Bahaism, and Protestant Christianity.9 Eventually, they discovered The Church of Jesus Christ of Latter-day Saints and were baptized on December 8, 1991.10

Around this time, Howard L. Biddulph, president of the Ukraine, Kiev mission, and Elder Steven Struk, from the Church Translation Department, began looking for someone to translate the Book of Mormon into Ukranian.11 At the time, it was very uncommon to find a Ukranian person who spoke English well enough to translate a lengthy document like the Book of Mormon.12

To make things more complicated, the Translation Department of the Church had determined that only a member of the Church would be allowed to translate the Book of Mormon into another language.13 The two men prayed desperately that, somehow, someone fluent in both languages would join the Church, allowing Ukrainians to read the Book of Mormon in their own language, and not just in Russian.14 It was shortly after this that Zoya was baptized.15 As an English teacher, she was truly an answer to their prayers.16

But, even still, there was one obstacle in the way of the translation. Translating the Book of Mormon into another language usually takes years to complete, even when someone is able to dedicate themselves to the task full-time.17 Because of the difficult economic circumstances facing Ukraine at the time, Zoya was not able to quit her full-time job as a teacher in order to dedicate herself to translating the Book of Mormon.18

According to President Biddulph, nobody was quite sure how she could possibly translate the Book of Mormon in a timely manner while working full-time, but she accepted the assignment anyway, knowing God would help her. And help her He did! Zoya completed the initial manuscript of the Ukrainian translation of the Book of Mormon in nineteen months, despite working full-time as an English teacher and serving as the district Young Women’s president in Kiev.19

President Biddulph stated that Zoya told him of “sacred experiences that came to her during the process of translation late into the night. She experienced the power of revelation and the gift of tongues in which words came to her in a spiritual stream, beyond her previous understanding and ability.”20 Because of this experience, “her testimony of the Book of Mormon as a holy scripture of God has become profoundly strong.”21 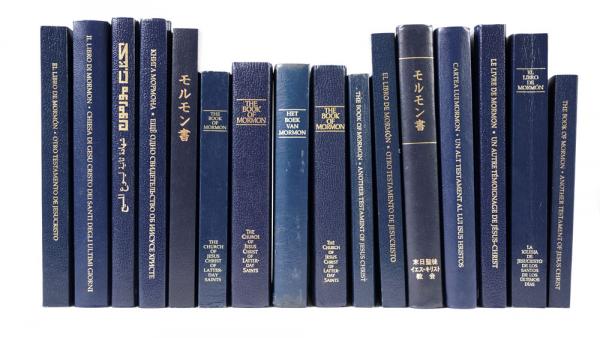 The Book of Mormon in different languages. Photograph by Jasmin G. Rappleye.

Translations like this show that the Spirit of the Lord continues to manifest the gift of "the interpretation of languages" (Moroni 10:16) today in this and many other ways. Moroni 10:16 counts the gift of "the interpretation of languages and of divers kinds of tongues" among the gifts that Moroni hopes will not be denied. He counts on many gifts of the Spirit to bring forth, bear testimony of, and help with the understanding of the Book of Mormon record as he seals and buries it. How else could he imagine that anyone could read and receive his record at some future day except through such gifts? Among the gifts he mentions in Moroni 10:9-16 are wisdom, miracles, prophesy, beholding angels and ministering spirits, interpretation of languages. All these were part of the coming forth of the Book of Mormon

Stories like this teach us something else as well. Sometimes, when we are weighed down by the burdens of life, it might be easy to think we just cannot do everything we need to.22

We may feel overwhelmed and burned out and wonder how we can go on. However, Zoya’s story is a reminder that God has a habit of making things work out unexpectedly. It was just as President Biddulph and Elder Struk were praying desperately for someone to translate the Book of Mormon into Ukranian, perhaps wondering how they were ever going to find the right person, that Zoya was baptized.

In the same way, Zoya finishing her translation of the Book of Mormon on time probably seemed impossible to her when she received the assignment. How could she possibly translate such a long and complex book while still working full-time to support her family? Yet, somehow, God blessed her with the ability to translate the book in record time, despite all the obstacles in her path and the burdens she would still have to bear.

One finds something similar in the Book of Mormon, when Alma and his people were in bondage.23 Mosiah 24:15 states that “the burdens which were laid upon Alma and his brethren were made light; yea, the Lord did strengthen them that they could bear up their burdens with ease, and they did submit cheerfully and with patience to all the will of the Lord.”24

Just as God blessed Zoya and Alma’s people when they were bearing a heavy load, God will bless us when we put our trust in Him. Through God’s help, we can perform the seemingly impossible tasks we need to perform in life, and God can, through small miracles in our lives, help us do everything He has asked us to do. 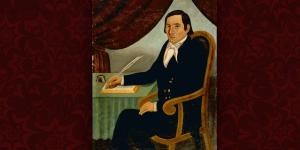