How Important was Oliver Cowdery in Bringing Forth the Book of Mormon? 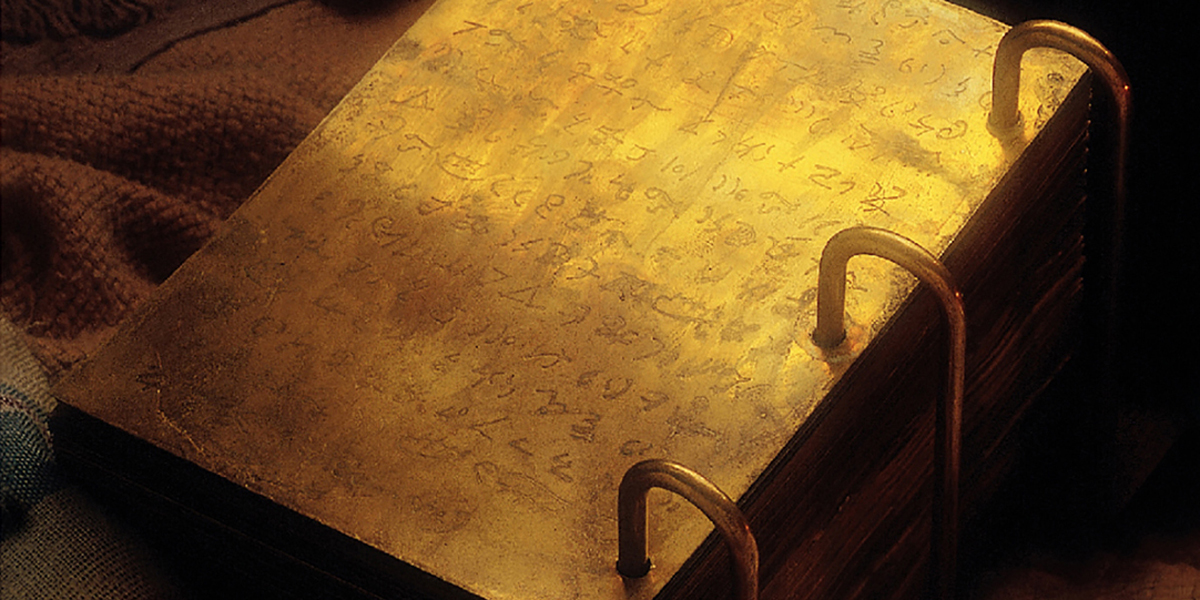 While most Latter-day Saints know certain things about Oliver Cowdery, few may fully realize just how important he was to the coming forth of the Book of Mormon. In September 1828, Oliver Cowdery arrived in the Palmyra, New York area to teach school, where he stayed with the Joseph Smith Sr. family. While there, he heard rumors about the “gold Bible” and Joseph Smith’s visions. Before he ever met Joseph Smith, Oliver became convinced the story was true and received revelation that he needed to assist Joseph (Doctrine and Covenants 6:14–24).1

Once school ended that spring, Oliver departed with the Prophet’s younger brother Samuel for Harmony, Pennsylvania, where Joseph and Emma were living. Traveling in early April, they endured cold, wet, and muddy conditions as they made most of the 130-mile trip on foot.2 On April 7, 1829, two days after Oliver met Joseph Smith for the first time, the translation was in full swing with Oliver as scribe.3 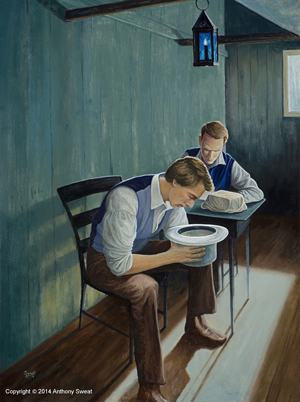 Painting of Book of Mormon translation by Anthony Sweat

With Oliver’s help, “the pace of translation was faster than it had ever been before.”4 Between April 7 and the end of June, 1829, Oliver served as the primary scribe while Joseph translated at an astonishing pace.5 Available manuscript evidence confirms that Oliver served as scribe for most of the translation process.6 His handwriting is clear, accurate, and professional, as one would expect from a school teacher.

When the translation was nearly complete, on “a clear, open beautiful day” in late June, Oliver joined David Whitmer and Martin Harris as one of the Three Witnesses to the Book of Mormon.7 Only a few months later, in November 1829, Oliver described the vision to a newspaper editor, boldly testifying, “we saw the record … brought and laid before us, by an angel arrayed in glorious light.”8

Oliver stood by his witness of the Book of Mormon, even while estranged from the Church.9 Toward the end of his life, he was re-baptized, testifying, “I beheld with my eyes, and handled with my hands, the gold plates from which it was translated.”10

The printing of the Book of Mormon began in late August 1829, at E.B. Grandin’s bookstore in Palmyra.11 To prevent the original manuscript from getting lost, a complete copy was made to take to the printer, and Oliver once again acted as scribe for this printer’s manuscript.12 Subsequently, Oliver, along with the Prophet’s brother Hyrum, oversaw the process of getting the Book of Mormon printed.13 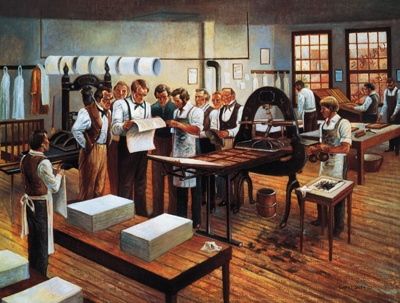 These efforts culminated with the publication of the Book of Mormon on March 26, 1830. The Church was organized about two weeks later, on April 6, 1830. After playing such an instrumental role in getting the Book of Mormon published, Oliver was then called on a "mission to the Lamanites" in Missouri.14 Parley P. Pratt, Peter Whitmer Jr., and Ziba Peterson were subsequently called to join him, and in October 1830 they headed west, sharing the Book of Mormon with Native Americans along their path.15

Except for Joseph Smith, few others were as crucial to the coming forth of the Book of Mormon and the restoration of the gospel as Oliver Cowdery.16 According to Larry E. Morris, “Oliver is rightly described as the cofounder of Mormonism.”17

After the loss of the 116 pages in 1828, the work on the translation of the Book of Mormon had only been done in fits and starts before Oliver came onto the scene, and once he arrived, it progressed at an unprecedented pace. In later years, Oliver fondly reflected on his time as a scribe for Joseph Smith. “These were days never to be forgotten,” he said, “to sit under the sound of a voice dictated by the inspiration of heaven, awakened the utmost gratitude of this bosom!”18 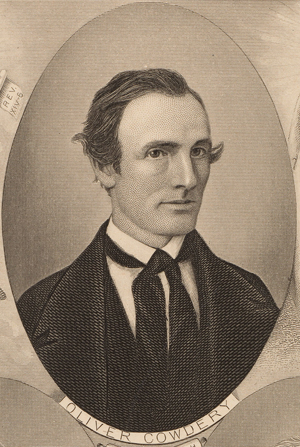 Oliver Cowdery Engraving, H.B. Hall & Sons from an a daguerreotype by an unknown photographer.

Oliver continued to be an asset beyond the translation as he transcribed the printer’s manuscript and oversaw the printing process. Having this back-up copy of the entire Book of Mormon has proved to be more than just of incidental importance. Although only about 25–30 percent of the Original Manuscript has survived,19 all but three lines of the Printer’s Manuscript is intact and readily available as a phenomenal resource in studying and confirming the words originally dictated by the Prophet.20

Oliver was also called and trusted by God to be one of the Three Witnesses who saw the angel Moroni and the gold plates. His role as witness was important enough to have been prophesied centuries before by Nephi and Moroni (2 Nephi 27:12; Ether 5:4). Oliver’s testimony of the Book of Mormon was of vital importance his entire life. Even while out of the Church, Oliver was insistent that his validity as a witness to the Book of Mormon and other restoration events in no way be discredited.21 In many minds, his time away from the Church strengthens the credibility of his testimony.

Once the book was printed, he was among the first to take the Book of Mormon to the world. He also served as Assistant President of the Church (1834–1837), and he, together with Martin Harris and David Whitmer, ordained the first members of the Quorum of the Twelve Apostles in 1835. Oliver’s personal sacrifices as a scribe, witness, missionary, and in his many other roles as one of the founding leaders of the Church deserve the utmost gratitude from all who embrace the Book of Mormon.