How Did Martin Harris Help Bring Forth the Book of Mormon? 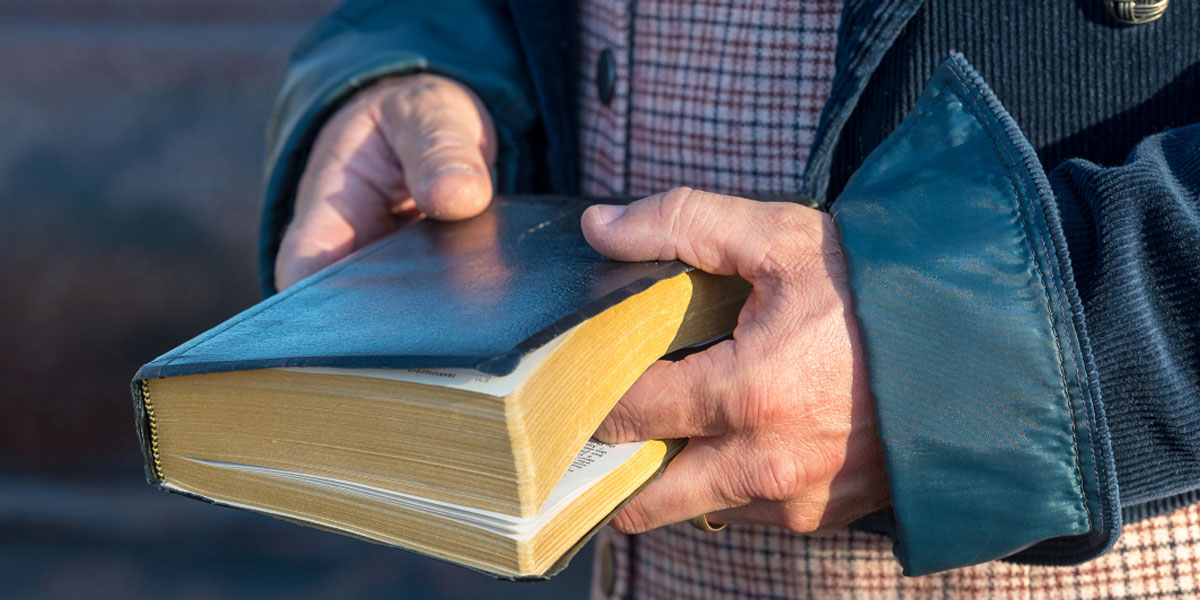 Martin Harris pageant via lds.org
“But behold, it shall come to pass that the Lord God shall say unto him to whom he shall deliver the book: Take these words which are not sealed and deliver them to another, that he may show them unto the learned, saying: Read this, I pray thee. And the learned shall say: Bring hither the book, and I will read them.”

A successful farmer and businessman from a prominent Palmyra family,1 Martin Harris may have been Joseph Smith’s earliest supporter outside of his own family.2 Yet he tends to be remembered by Latter-day Saints as a “wicked man” for losing the 116 manuscript pages (Doctrine and Covenants 3:12; 10:1, 7).3 Martin, however, contributed lots more to the coming forth of the Book of Mormon than many may realize.4

Martin served as Joseph’s scribe for two full months (April 12–June 14, 1828) before losing the initial manuscript.5 During this time, Martin remembered once switching out Joseph’s seer stone with a rock of similar shape, size, and color as a test, “to stop the mouths of fools” who claimed Joseph had merely memorized the sentences he was dictating ahead of time. Upon looking into the hat, Joseph said it was “dark as Egypt” and he could not translate, proving to Martin that Joseph was divinely inspired.6

Before becoming a scribe, Martin carefully interrogated each member of the Smith family individually, and he hefted the plates while locked in a wooden box.7 Martin determined that the plates were either “lead or gold,” and knew that Joseph “had not enough credit to buy so much lead.”8 Known for his “shrewd business practices,”9 Martin only lent his support after giving the Smiths’ story careful scrutiny. 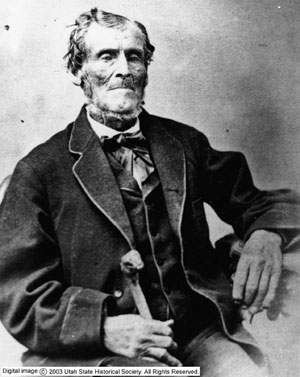 Photo of Martin Harris via the Utah State Historical Society

“In the fall of 1827,” reported Rhett Stephens James, Martin “helped Joseph Smith protect the plates from thieves.”10 Martin remembered an occasion when he held the plates on his knee for an hour and half while helping Joseph hide them in the woods.11 Martin ultimately provided the financial assistance Joseph needed to move from Palmyra, NY to Harmony, PA, where Joseph was able to escape those who would try to steal the plates.12

In February 1828, Martin took copies of the script written on the plates back east to learned men like Luther Bradish, Samuel L. Mitchill, and Charles Anthon to see if they could authenticate the script and potentially translate it.13 Martin remembered Anthon refusing to affirm the antiquity of the script after learning of the miraculous origins and that the plates were partially sealed, declaring, “I cannot read a sealed book.”14 Joseph recognized that this experience with Anthon fulfilled an important prophecy (2 Nephi 27:15–18; cf. Isaiah 29:11).15

Even after losing the manuscript, Martin remained interested in Joseph’s progress and tried to assist him in whatever ways he could. In March 1829, Martin was the first of all the witnesses to be promised a chance to view the plates. While Martin had remained supportive, he still desired a “greater witness.”16 As a result, the Lord revealed that there would be three witnesses, and Martin could be one of them—if he humbled himself and had faith (Doctrine and Covenants 5). A few months later, Martin Harris joined Oliver Cowdery and David Whitmer as one of the Three Witnesses of the Book of Mormon.17 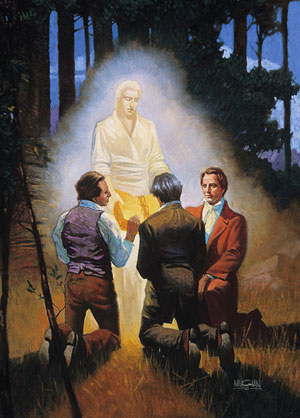 Despite his personal struggle to exercise the necessary faith, the Lord had chosen Martin as a witness.18 Once Martin saw the angel and the plates, he remained a faithful witness until his death in 1875. After receiving the vision, Martin excitedly exclaimed, “tis enough mine eyes have beheld!” Even over the course of several decades estranged from the Church he actively testified of the Book of Mormon—even making a trip to England for that purpose.19

Finally, when it came time to print the Book of Mormon, Martin was the only one who could provide the funding needed to print the large, expensive run of 5000 copies. At great personal sacrifice, Martin mortgaged most of his farm to cover the $3000 costs E.B. Grandin required upfront.20 In western New York, 1829 was a time of economic hardship, meaning, “Martin Harris’s financial sacrifices for the printing of the Book of Mormon could not have come at a worse time, economically.”21

The personal sacrifices of Martin Harris to assist in getting the Book of Mormon translated and published, and his lifelong faithfulness to his calling as a witness of the Nephite record, should not be overshadowed by his mistakes or moments of skepticism and doubt. If anything, his frequent questioning should make his steady witness of the plates over the course of several decades all the more compelling.

Martin’s tangible experiences, like hefting the plates in a wooden box and letting them rest on his knee, go along with his more miraculous manifestations of the angel with the plates and the voice from heaven declaring their truth. He frequently tested the prophet—taking copies of the script to scholars, switching out the seer stone—providing experiences that fulfilled prophecy and assured him of Joseph’s divine calling. 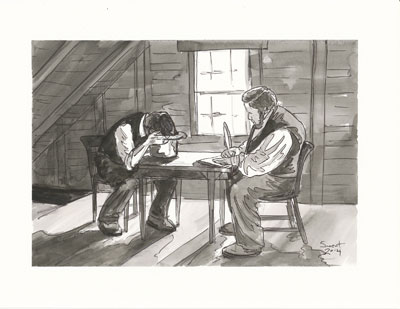 Translating with Martin by Anthony Sweat

His overall combined set of experiences convinced him—a shrewd businessman—to fund the printing of the book at great personal sacrifice financially, during a time of economic difficulty. As Matthew McBride explained, “By so doing, he secured his place as the most significant financial supporter of the Book of Mormon and thus the early Church. None among Joseph Smith’s younger and poorer friends could have provided this critical contribution.”22

Although Martin lost the first 116 pages, it was through his sacrifice that the rest of the text—over 500 pages in length—was published and made available to the world. Understanding that no one else could have provided the necessary funding to print the book should invoke the gratitude of all who read the Book of Mormon today.

Matthew McBride, “The Contributions of Martin Harris,” in Revelations in Context: The Stories Behind the Sections of the Doctrine and Covenants (Salt Lake City, UT: The Church of Jesus Christ of Latter-day Saints, 2016), 1–9.