“Ploughing in Nevers” by Rosa Bonheur
“By small and simple things are great things brought to pass.”

In 1829, when Joseph Smith was in the middle of translating the Book of Mormon, he and his family began to experience some serious problems.1 Some people in Harmony, Pennsylvania were becoming increasingly aggressive towards them.2 Threats were becoming more and more common, and Emma’s family seems to have been the only thing keeping the Smiths from being injured or killed.3

During this difficult time, Oliver Cowdery wrote a letter to his friend David Whitmer, asking for help.4 He told David about what he and Joseph were doing. He then asked him to bring his team of horses and his wagon to Harmony to help Oliver, Joseph, and Emma move to a safer place: the Whitmer home in Fayette, New York.5 Knowing this would be a burden on his family, David discussed this possibility with his parents and siblings, who decided that, despite the sacrifice, letting the Smiths and Oliver stay with them was the right thing to do.6 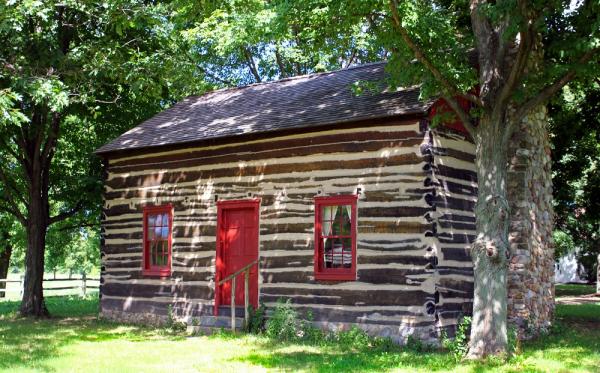 A view of the Peter Whitmer cabin in Fayette, New York. Image via LDS Media Library

However, David couldn’t just pack up and leave right away. It was the time of year when the wheat the family depended on for survival needed to be planted, and David’s father reminded him that he still needed to plow and fertilize his fields before he left.7 His father also told him that he should pray to know whether or not he should leave immediately to get Oliver and the Smiths.8 David did so, and got the impression from the Spirit that he should finish his work before making the trip to Harmony.9

But then something miraculous happened. David later recalled, “I was pressed with my work. I had some 20 acres to plow, and so I concluded I would finish plowing, and then go.”10 He said that the next day, “on going to the field I found between 5 and 7 acres of my ground had been plowed during the night. I don’t know who did it, but it was done, just as I would have done it myself, and the plow was left standing in the furrow.”11

Although it is impossible to know for sure who plowed David’s fields, Lucy Mack Smith later recalled that three men that the Whitmers did not know came and worked the fields. According to Lucy, they had not been invited to do so, and never explained who they were and why they were there. They left without asking for payment.12

When David’s father heard what had happened, he was amazed.13 He told his son, that “there must be an overruling hand in this,” and encouraged him to leave as soon as he had finished plowing and fertilizing the rest of his fields.14 David quickly finished his work, got his wagon and team together, and left for Harmony far earlier than he had expected.15 This allowed him to get Joseph, Emma, and Oliver to his parent’s house in Fayette, New York by June 4th.16

Once the Smiths were finally out of harm’s way, the Book of Mormon translation was able to continue at a rapid pace. 1 Nephi through Words of Mormon, the last books of the Book of Mormon to be rendered into English, were translated at the Whitmer home between June 5th and June 30th, 1829.17

This small act, the simple plowing of a field, allowed Oliver and the Smiths to be moved out of danger sooner than expected. It also helped the Book of Mormon translation to proceed more smoothly. David said he was never sure who plowed his field for him, but this gesture, performed by an unknown hand, allowed the work of the Lord to move forward.18

Some of us may feel as though we have limited talents and abilities, and may wonder how we can possibly be of use to those around us. However, David Whitmer’s experience should remind us of the importance of seemingly mundane acts of service. A simple unplowed field was the only thing delaying the translation of the Book of Mormon. Far from being unimportant or insignificant, this farm labor hastened forward one of the most important events of this dispensation.

Although we may not be hastening forward the translation of the Book of Mormon, our own simple, seemingly mundane acts of service can move forward the work of the Lord in other significant ways. Sweeping the floors of the temple, for example, allows people to perform saving temple ordinances without being distracted. Driving missionaries to and from appointments may indirectly help bring more people to the truths of the gospel. And providing a meal or a service to someone in need may help meet both their physical and spiritual needs. 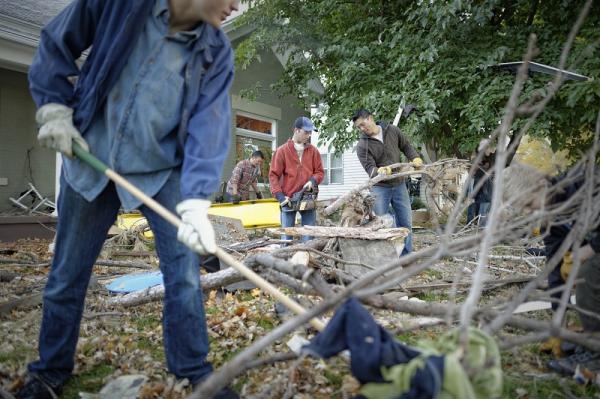 No one should feel ashamed of such small acts of service, or feel as though their contributions are somehow not good enough. Whenever we might feel that our acts of service do not matter, we would do well to remember the impact that the plowing of David Whitmer’s fields had on the bringing forth of the Book of Mormon, and know that our small acts of seemingly insignificant service can have a profound impact on others as well.

“Fellow Servants,” in Saints: The Story of the Church of Jesus Christ in the Latter Days, online at history.lds.org. 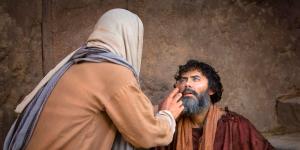 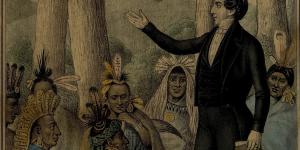 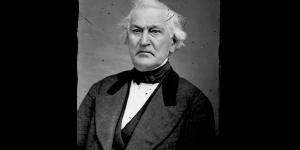 Why Is David Whitmer’s Witness of the Book of Mormon So Compelling?
January 2, 2018