Why Was Teancum Captured and Killed? 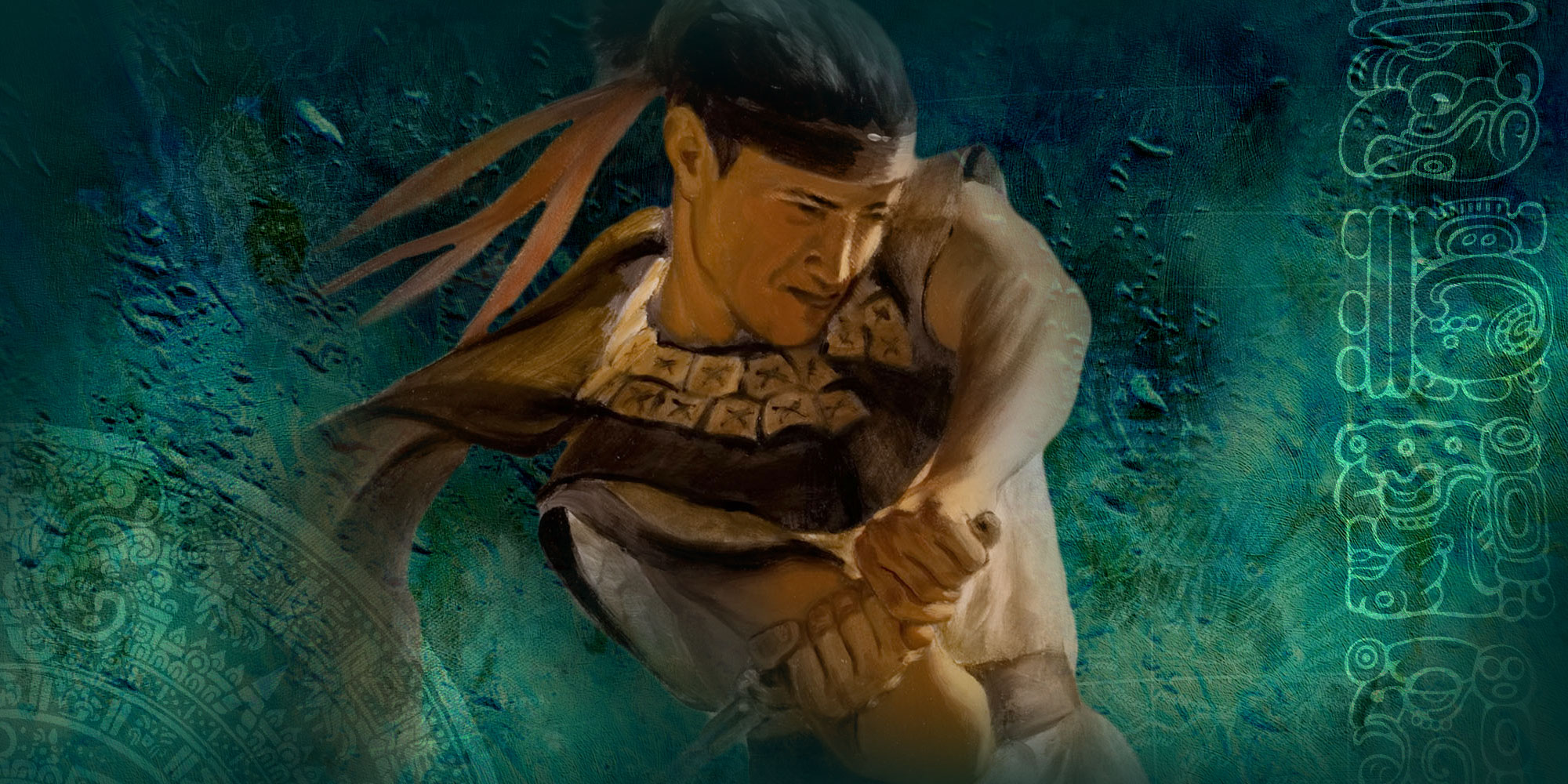 Teancum by James Fullmer
“But behold, the king did awaken his servants before he died, insomuch that they did pursue Teancum, and slew him.”

Teancum played a pivotal role in the Nephite wars in the book of Alma. From his introduction in Alma 50, he is depicted as a brave, loyal, and righteous Nephite warrior. He was instrumental, for example, in the death of the treacherous Amalickiah (Alma 51:33–37).1

His last appearance in the Book of Mormon occurs in Alma 61–62. “In about 60 B.C., when all the Lamanite armies and king Ammoron had fled to the land of Moroni and camped for the night, Teancum” was “exceedingly angry,” and “in his anger” took it upon himself to bring an end to Ammoron acting all alone (Alma 62:35-36). “Angry at the bloodshed and destruction wrought by Amalickiah and Ammoron, he slipped into the Lamanite camp and found Ammoron. His javelin killed Ammoron, but not before Ammoron woke his servants, who pursued and killed Teancum (Alma 62:35–36).”2 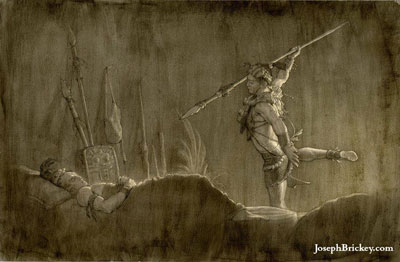 Teancum’s bravery, while admirable, ultimately got the better of him. George Reynolds and Janne Sjodahl observed how Teancum’s decision was undoubtedly “rash,” and that his failing was that he did not keep in mind “his personal safety when he thought the good of his country required the sacrifice.”3

This would not have been abnormal for Teancum. Brant Gardner explained how the Nephite general had “acted unilaterally and impulsively in the past (Alma 51:33–34) and had probably fretted at being forced to play a waiting game on the eastern front for a couple of years.” With this in mind “it is perhaps not surprising that Teancum [took] matters into his own hands.”4 What is also not entirely surprising was the unfortunate outcome, given the circumstances.

The untimely demise of Teancum can serve as a cautionary tale for readers of the Book of Mormon. While getting angry or upset is an understandable response to times when circumstances out of our control, this example from Teancum warns about the potential dangers of acting out of anger. Unlike when he coolly and carefully planned the timing of his killing of Amalickiah, Teancum, in this instance, was upset and not able to clearly weigh the substantial risks of this situation. Unlike the first foray when he took a servant with him (Alma 51:33), this time he went alone. Having scaled a wall, carrying a cord, and not finding Ammoron quickly, the best Teancum could do was to throw a javelin at him, hitting him close to his heart (Alma 62:36), whereas before he had been able to stab Amalickiah with precision at close range (Alma 51:34). Under these circumstances, while Lehi and Moroni bitterly mourned the loss of a valiant and true friend, the final epitaph given to Teancum by Mormon was terse: “But behold, he was dead, and had gone the way of all the earth” (62:37). 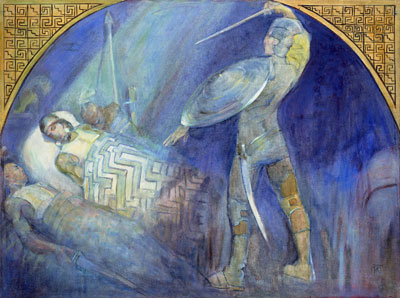 President Thomas S. Monson warned, “We are all susceptible to those feelings which, if left unchecked, can lead to anger. We experience displeasure or irritation or antagonism, and if we so choose, we lose our temper and become angry with others.”5 Readers of the Book of Mormon can appreciate the examples in its pages that illustrate the dangers of becoming angry. They can likewise learn from these examples how to avoid or overcome such.

For instance, at the beginning of the Book of Mormon, Nephi and his brothers were cruelly mistreated by Laban, who himself became “angry” with Nephi’s brother Laman when the latter requested the brass plates (1 Nephi 3:11–14). Laman in turn became “angry” with Nephi when the resulting outcome was less than favorable (v. 28). Nephi had many opportunities to become angry and dissatisfied with things but instead remained composed and rational. This permitted him to seek and find inspiration from the Spirit of the Lord, which ultimately led to him succeeding in his mission to retrieve the brass plates (1 Nephi 4).

None of this is meant to impugn Teancum’s righteous example. He undoubtedly deserved all of the praise Mormon afforded him in his moving eulogy; that “he had been a man who had fought valiantly for his country, yea, a true friend to liberty; and he had suffered very many exceedingly sore afflictions” (Alma 62:37). Nevertheless, Teancum’s overconfidently acting on his own initiative serves as a powerful warning to modern readers of the Book of Mormon.