Why Was Singing Hymns a Part of Nephite Worship Services? 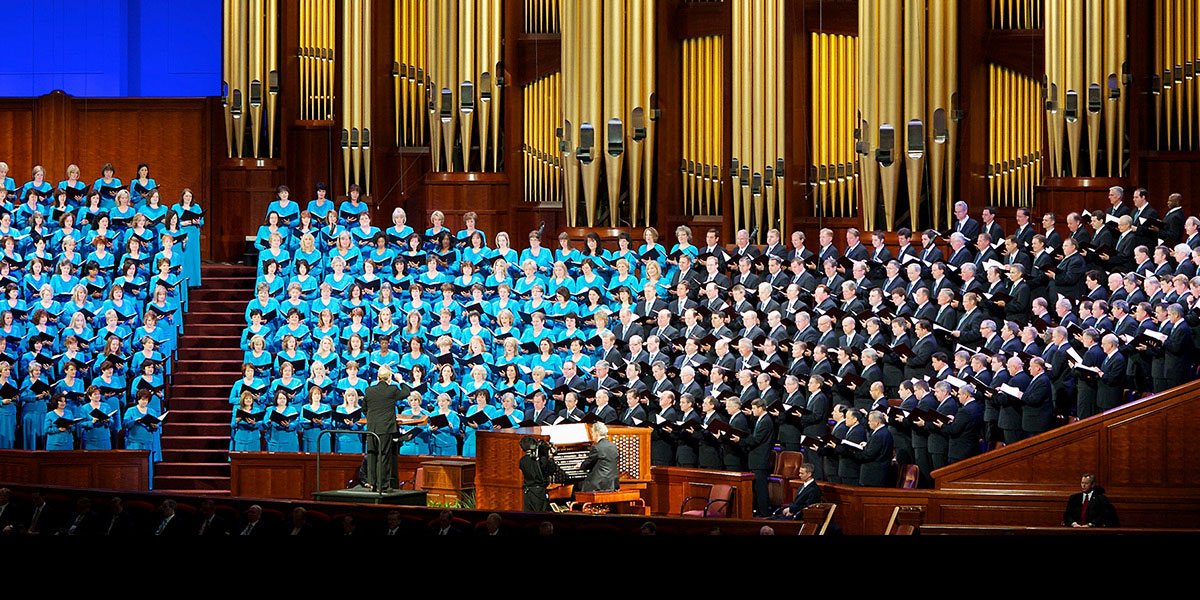 Mormon Tabernacle Choir via LDS Meddia Library
"And their meetings were conducted by the church after the manner of the workings of the Spirit … for as the power of the Holy Ghost led them whether to preach, or to exhort, or to pray, or to supplicate, or to sing, even so it was done."

In Moroni 6, as part of Moroni’s instructions regarding how church “meetings were conducted” (Moroni 6:9), Moroni mentioned singing. Evidently, the Nephite church, as Moroni knew it, made singing a part of their worship services, as guided by the Holy Ghost. Although the text does not indicate when this practice was officially instituted, there is a long history of the use of music and hymns in Judeo-Christian worship. Nephite worship practices fit nicely into this tradition.

The singing of hymns extends back to the sacred ceremonies of the ancient Israelite Temple of Jerusalem and beyond.1 Biblical scholar Margaret Barker has stated, “The Psalms were the hymn book of the temple, and in them we glimpse something of the ancient liturgy.”2 The Bible indicates that one of the functions of the priestly tribe of Israel, the Levites, was to sing in the tabernacle and, later, the temple in Jerusalem.3

This practice continued through the development of Judaism and was adopted by the earliest Christians as well. The Jewish group(s) who wrote the Dead Sea Scrolls were clearly interested in composing and singing hymns. Among the scrolls, more texts from the book of Psalms were found than from any other biblical book. Furthermore, many other scrolls containing psalms/hymns not known from the Bible have been found.4 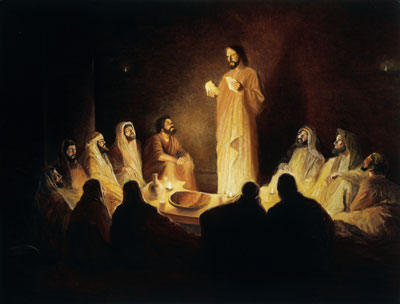 The New Testament depicts the Savior and his Apostles singing a hymn at the end of the Passover meal in which Christ instituted the sacrament of the Lord’s Supper (Matthew 26:30). Paul and James recommended the singing of hymns in their letters to church members (Ephesians 5:19; James 5:13). The Apostle John witnessed the singing of hymns in heaven, before the throne of God (Revelation 5:8–9; 14:2–3).

Likewise, the Book of Mormon contains many references to the singing of hymns. Lehi and Nephi, the book’s first authors, apparently brought the tradition of singing sacred songs with them when they left Jerusalem. Lehi “saw the heavens open,” with God on his throne, “surrounded with numberless concourses of angels in the attitude of singing and praising their God” (1 Nephi 1:8). The plates of brass, from which Nephi read, contained references to singing in the context of worshiping God (e.g., 1 Nephi 21:13; 2 Nephi 22:1–6).

King Benjamin spoke of his desire to “join the choirs above in singing the praises of a just God” (Mosiah 2:28). Alma spoke to the members of the Church in Zarahemla about singing “the song of redeeming love” (Alma 5:9, 26; cf. 26:8, 13). In 3 Nephi 4, after their victory over Zemnarihah, the Nephites “did break forth, all as one, in singing,” what was evidently a song that they all knew (3 Nephi 4:28–33). When Christ visited the Book of Mormon lands, many of the scriptural passages that He shared mentioned singing praises to God.5 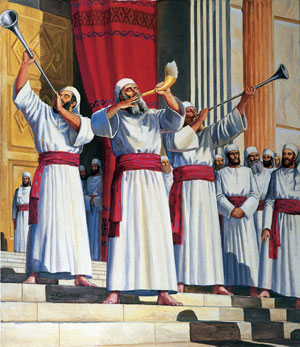 The singing of sacred hymns in Moroni’s day is by no means an unexpected occurrence. It was clearly part of the religious tradition of ancient Israel that continued not only into Book of Mormon practice, but also into that of later Jewish and Christian groups. Language from the Psalms can be found throughout the Book of Mormon and New Testament, which shows how memorable and important the words of these hymns were in the lives of ancient Israelites and early Christians. What is interesting to ask is why it was an important part of worship services. Beyond the fact that it was tradition and encouraged by the Scriptures, three significant reasons may be:

1) Composing and singing hymns was believed to be inspired by the Spirit and also to bring the Spirit. A Psalms scroll from Qumran declares that David was given the Spirit and that “he uttered all these [hymns] through prophecy which was given him from before the Most High” (11QPsa 27:4–11).

This idea that David’s psalms/hymns were inspired by the Spirit (by prophecy) appears to have continued into Christian belief.6 Furthermore, Dr. Barker has suggested that the singing of hymns was a way to invoke the Spirit, or presence, of the Lord.7 These notions fit well with Moroni’s comment that the church sang hymns “as the power of the Holy Ghost led them” (Moroni 6:9).

2) Singing hymns was apparently done in imitation of the angels in heaven. LDS scholar John Tvedtnes argued that when King Benjamin mentioned wanting to “join the choirs above” (Mosiah 2:28), it is likely that he was speaking at the Nephite celebration of the Israelite Feast of Tabernacles, “when a choir of Levites sang in imitation of the choir of angels.”8 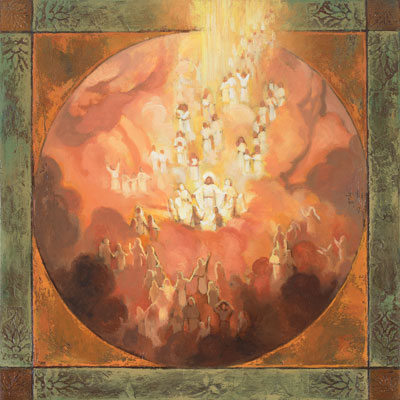 Lehi had seen the heavenly choir of angels (1 Nephi 1:8), as had Alma (Alma 36:22). The Bible mentions this angelic singing (Job 38:7; Luke 2:13–14), and some of the Dead Sea Scrolls indicate that human worshippers were to learn the songs of the angels and sing praises along with them.9 This notion survived into later Jewish and Christian texts.10

3) Singing hymns was an expression of gratitude to the Lord for his gift of redemption. The Book of Mormon contains several accounts in which the singing of hymns follows an event in which the Lord has saved an individual or group, or after the discussion of a redemptive act. For example, as mentioned above, when Alma rehearsed with the church members of Zarahemla the redemption of their fathers from physical and spiritual bondage, he emphasized that their fathers “did sing redeeming love” (Alma 5:9). Similarly, when the Nephites were victorious in battle (3 Nephi 4), they praised the Lord for having preserved them and, “did break forth … in singing” (3 Nephi 4:31).

Along with prayer, the singing of hymns has been a legitimate and central part of the worship of our Father in Heaven for millennia. The Lord told Joseph Smith in this dispensation that He is pleased by the singing of “sacred hymns.” His “soul delighteth in the song of the heart” and He considers “the song of the righteous [to be] a prayer unto me.” The Lord promised that the singing of such hymns by members of the Church “shall be answered with a blessing upon their heads” (Doctrine and Covenants 25:11–12).

LeGrand L. Baker and Stephen D. Ricks, “Alma 5: The Song of Redeeming Love,” in Who Shall Ascend into the Hill of the Lord?: The Psalms in Israel’s Temple Worship in the Old Testament and in the Book of Mormon (Salt Lake City, UT: Eborn Books, 2011), 520–537.