Why Was Jesus Proclaimed the Son of God at His Baptism? 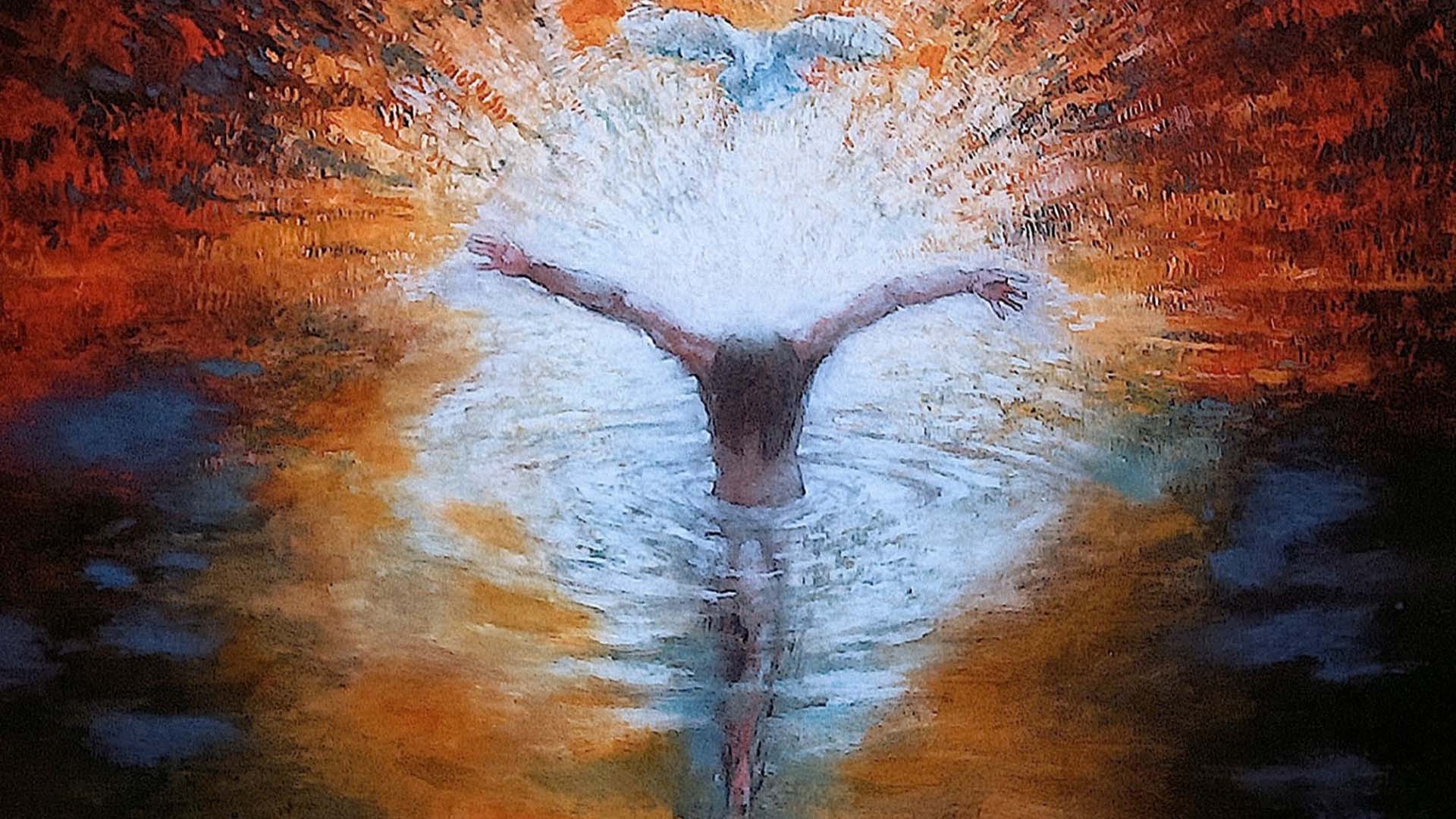 The Baptism of the Christ with Dove by Daniel Bonnell. Image via Fine Art America.
“And there came a voice from heaven, saying, Thou art my beloved Son, in whom I am well pleased.”

When Jesus was baptized at the beginning of His ministry, several divine manifestations confirmed to all present that He was “the Lamb of God, which taketh away the sin of the world” (John 1:29). These very meaningful manifestations included the opening of the heavens, the Holy Ghost descending upon Jesus, and the voice of the Father speaking from heaven.

Mark and Luke quote God as speaking directly to Jesus: “And there came a voice from heaven, saying, Thou art my beloved Son, in whom I am well pleased” (Mark 1:11, emphasis added; cf. Luke 3:22). Matthew records God speaking to the audience who witnessed Jesus’s baptism. In any royal investiture, words were naturally addressed both to the one being elevated to the throne and also to the people who then would honor that ruler as their divinely appointed leader.

All three of these Gospels, commonly referred to as the Synoptic Gospels, appear to be quoting or alluding to Psalm 2:7, which is often viewed as a prominent royal psalm associated with the coronation of ancient Israelite kings: “I will declare the decree: the Lord hath said unto me, Thou art my Son; this day have I begotten thee” (emphasis added).

In the ancient Near East, it was common for kings to be referred to as the son of a deity and for them to go through a ritual initiation process to receive power and authority to act in that god’s name.1 In this respect, kings were regarded as having divine qualities. Thus, as Jasmin Gimenez Rappleye has noted, “To be a son of God is, at its core, to inherit divinity and assume a form of deity. Proclamation of Jesus’s sonship is tacit confirmation of his godhood.”2

Matthew B. Brown has observed that the initiation of kings was tied directly to the temple precinct and involved the kings’ admission into the presence of God.3 It is significant that many elements of the Israelite temple then appear in Jesus’s baptism, when He initiated His ministry and the presence of all three members of the Godhead became manifest. For example, receiving a new name—specifically, the identity of the Son of God—is coupled with receiving the washing and anointing ordinances. The washing rite readily correlates with Jesus’s being immersed and therefore washed by water at His baptism.

As for the anointing, this occurred symbolically when the Holy Ghost came in “the form of a dove” and rested upon Jesus.4 In the Old Testament, Isaiah specifically connected the Spirit with anointing (Isaiah 61:1), and Peter would later tie this concept even more directly to Jesus’s experience in the Jordan: “God anointed Jesus of Nazareth with the Holy Ghost and with power” (Acts 10:38; emphasis added).5 Joseph Smith further connected the “sign of the dove” at Jesus’s baptism with the proper identification of angels—another temple-related theme.6

Finally, when Jesus came up out of the water at His baptism, it is noteworthy that the heavens were “torn open,” according to the literal Greek translation of Mark 1:10. At this rending or parting of the heavenly veil, Jesus was admitted into the presence of two members of the Godhead, He Himself being the third member incarnate. His baptism thus ultimately led to a type of divine confirmation or encounter, much like prophetic callings found in the Old Testament.7

The baptism of Jesus was the inauguration of Jesus’s ministry and salvific work. Jesus’s identity as God’s Only Begotten Son was confirmed in a dramatic manner as the veil between heaven and earth was rent and the presence of all three members of the Godhead became manifest. Such a monumental experience sets a precedent for each of us to follow. As Nephi expressed near the end of his life, “if the Lamb of God, he being holy, should have need to be baptized by water, to fulfil all righteousness, O then, how much more need have we, being unholy, to be baptized, yea, even by water!”8

Elder Bruce R. McConkie taught, “To fulfill all righteousness is to perform every ordinance, keep every commandment, and do every act necessary to the attainment of eternal life.”9 These ordinances, commandments, and acts include those performed in the holy temple, which are prefigured by the ordinance of baptism.

By making covenants with the Lord, we too can take upon us the name of the Son of God and follow the path Jesus set. Regarding our own journeys on this covenant path, Rappleye has observed, “Jesus Christ promises his followers that those who repent of their sins and embrace the gospel will have joint access to Jesus’s identity as a Son.”10 In other words, by following the example that Jesus set, all individuals can eventually approach the Lord and be admitted into His presence as covenantal sons and daughters of God.