Why Should You Have Family Prayer? 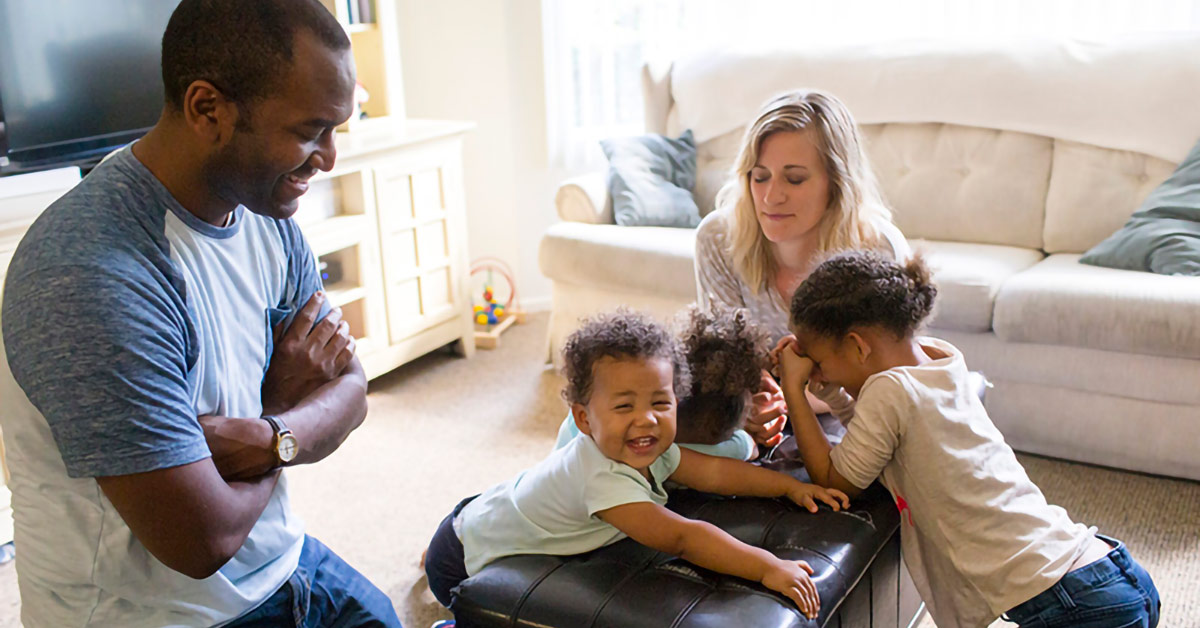 Family kneeling in prayer. Photo via ComeUntoChrist.org
“Pray in your families unto the Father, always in my name, that your wives and your children may be blessed”

In the Book of Mormon, the resurrected Lord administered the sacrament to the Nephite multitude (3 Nephi 18:1–9), and explained that participating in this ordinance signaled “that ye are willing to do that which I have commanded you” (3 Nephi 18:10). Immediately afterwards, He commanded them to “watch and pray always,” and especially to “pray in your families unto the Father” (3 Nephi 18:15, 21).

This commandment to pray is just one of many instances where Jesus emphasized the topic of prayer to the Nephites.1 Commenting on this important theme, Donald W. Parry, a biblical and Book of Mormon scholar, stated, “Nowhere in all the Book of Mormon is the subject of prayer taught and emphasized in such a concentrated fashion as it is in 3 Nephi 11–20 …. Noteworthy is the central role that Jesus Christ plays in teaching the concept of prayer to the Nephite multitude.”2 Understanding the Savior’s instruction to pray as families requires placing it in context with His broader instructions on prayer in 3 Nephi.

While among the Nephites, Christ repeated many of the teachings found in the Sermon on the Mount (Matthew 5–7), including a version of the Lord’s Prayer and other instructions about how to pray (Matthew 6:5–13; 3 Nephi 13:5–13).3 As John W. Welch noticed, the teachings parallel to the Sermon on the Mount are then echoed throughout the rest of the Savior’s teachings to the Nephites, including Christ’s instructions about prayer.4

In 3 Nephi 18, Christ specifically instructed, “And as I have prayed among you even so shall ye pray” (3 Nephi 18:16). The Savior offered at least eleven prayers during his ministry among the Nephites.5 Welch observed that in the recorded prayers of Jesus are three common themes or concerns:

[2] he continually interceded to seek forgiveness and purification for mankind, even for those who were crucifying him;

[3] and he submitted himself to the will of the Father.6

Welch continued, “No better manifestation of these three aspects of the Lord’s prayers has been preserved than that which appears in the beautiful nineteenth chapter of 3 Nephi,”7 given shortly after the injunction to pray as a family. In this prayer, the Savior (1) thanks the Father for sending the Holy Ghost (3 Nephi 19:20), (2) expresses gratitude for the purification of his chosen disciples (3 Nephi 19:28–29), (3) prayed “with words so marvelous that they could not be written,” through which “the people were given to know the will of God.”8

Ultimately, it is the Lord’s Prayer that is given specifically as a model for how to pray (3 Nephi 13:9).9 Welch’s analysis reveals this same pattern in that archetypal prayer.10 That prayer also includes the petition, “lead us not into temptation, but deliver us from evil” (3 Nephi 13:12). The Savior’s teachings in 3 Nephi 18 clarify the important role prayer plays in preventing temptation: “ye must watch and pray always, lest ye be tempted by the devil, and ye be led away captive by him. … ye must watch and pray always lest ye enter into temptation; for Satan desireth to have you, that he may sift you as wheat (3 Nephi 18:15, 18; emphasis added).

Clearly, it is the devil, not the Lord, who leads us into temptation, and the strength gained from the Lord can protect us from the Adversary’s efforts (cf. JST Matthew 6:14). It is in this context that the Savior adds, “Pray in your families unto the Father, always in my name, that your wives and your children may be blessed” (3 Nephi 18:21).

President Russell M. Nelson has taught, “The practice of Church members is to kneel in family prayer each morning and evening.”11 The model for how and what to pray for, both individually and communally, was provided by the Savior himself, both in the New Testament and in 3 Nephi. As Welch noted:

Jesus’ prayers concentrated on three vital areas of religious experience: the importance of revelation, the need for forgiveness, and the supremacy of the Father’s will. … By embracing wholeheartedly the encompassing spirit of the Lord’s prayers, we will have found not only an answer to the disciples’ earnest plea, “Lord, teach us to pray,” but also the pattern by which to live.12

When considering the Savior’s admonition to pray as families, “that your wives and your children may be blessed” (3 Nephi 18:21), the contexts also suggests another important and vital blessing for families today: protection from temptation. The Savior taught that diligent prayer was needed to protect against the temptations of the Adversary, and through the Lord’s Prayer He taught that we should directly pray for protection from temptation.

The challenges and temptations children and youth face today are too great for them to be sent out each day without the added strength and Spirit that comes to them through family prayer. Elder Gordon B. Hinckley taught that family prayer was one of the four cornerstones of building a faith-center home. He explained:

I know of no single practice that will have a more salutary effect upon your lives than the practice of kneeling together as you begin and close each day. Somehow the little storms that seem to afflict every marriage are dissipated when, kneeling before the Lord, you thank him for one another, in the presence of one another, and then together invoke his blessings upon your lives, your home, your loved ones, and your dreams. … Your children will know the security of a home where dwells the Spirit of the Lord. … They will experience the security of the kind word softly spoken, and the tempests of their own lives will be stilled. … They will grow up with a sense of appreciation, having heard their parents in prayer express gratitude for blessings great and small. They will mature with faith in the living God.13

Elder Gordon B. Hinckley, “Except the Lord Build the House …” Ensign, June 1971, online at churchofjesuschrist.org.