Why Should We Take the Time to Give Thanks to God? 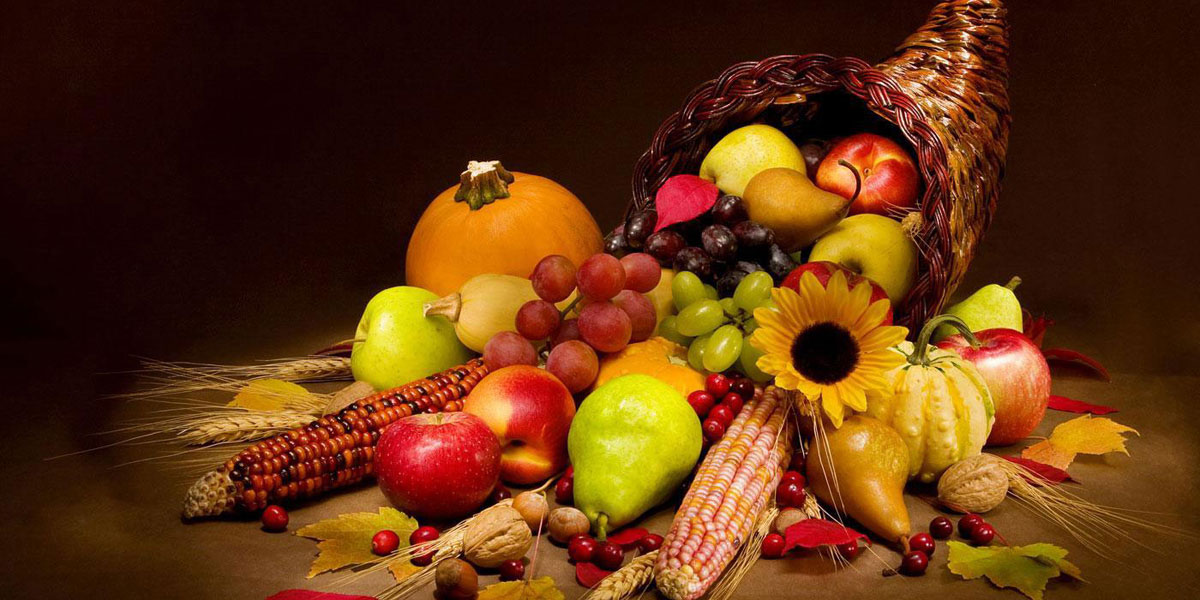 It doesn’t take long while reading the Book of Mormon before encountering followers of Christ who gave heartfelt thanks unto God. For example, when reaching a valley which contained flowing water1 after escaping Jerusalem, and hiking through the desert for a time, Lehi’s family must have felt immensely grateful. To show their gratitude, they “built an altar of stones, and made an offering unto the Lord, and gave thanks unto the Lord [their] God” (1 Nephi 2:7).2 This touching account is just the first of  many faithful demonstrations of gratitude to God, which becomes a major theme throughout the Book of Mormon.

Book of Mormon peoples showed gratitude in a variety of contexts, but most frequently after experiencing some sort of divine rescue. Lehi’s family showed thanks because they had escaped the dangers of Jerusalem and had been led to a safe and habitable location, one with both food and fresh running water.3 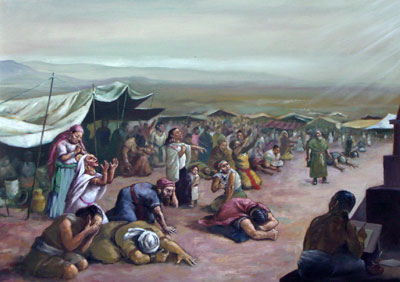 Similarly, when the people gathered to hear King Benjamin’s speech, they offered sacrifice and burnt offerings “that they might give thanks to the Lord their God” (Mosiah 2:4).4 Through these offerings they showed gratitude for the Lord who, among other things, had “brought them out of the land of Jerusalem,” and “delivered them out of the hands of their enemies,” (v. 4). King Benjamin then reaffirmed the importance of this doctrine in his famous sermon, explaining that if he, as a mortal king, merited any thanks from his people, then “O how you ought to thank your heavenly King!” (v. 19).

At the waters of Mormon, Alma the Elder taught the people that “every day they should give thanks to the Lord their God” (Mosiah 18:23). Some time later, after being freed from the oppressive bondage caused by Amulon and the Lamanites, Alma’s people recognized that “none could deliver them except it were the Lord their God” (Mosiah 24:21). And because of this humble recognition, “they gave thanks to God, yea, all their men and all their women and all their children that could speak lifted their voices in the praises of their God” (v. 22). 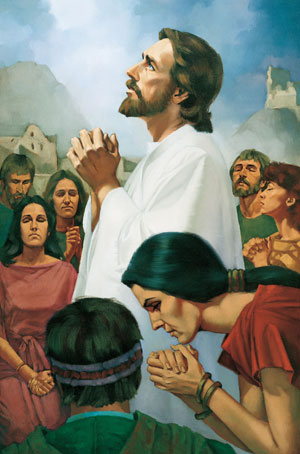 When the great destructions recorded in 3 Nephi eventually ceased, the people’s “mourning was turned into joy, and their lamentations into the praise and thanksgiving unto the Lord Jesus Christ” (3 Nephi 10:10).5 After Jesus arrived at the temple in Bountiful, He affirmed the importance of giving thanks by showing gratitude to His Father in prayer: “Father, I thank thee that thou hast given the Holy Ghost” (3 Nephi 19:20) and “hast purified those whom I have chosen, because of their faith” (v. 28).6

These various examples help demonstrate the profound importance that the Book of Mormon places on gratitude. Its stories repeatedly emphasize the Lord’s power which blesses the world and His children in many ways—in delivering them from suffering and bondage, in lending them breath from day to day, and in providing them with a Redeemer who will restore them and give them eternal life. Then it depicts their heartfelt praise, worship, and thanksgiving in response to these wondrous blessings.

Mormon’s faithful record emphasizes the Lord’s hand in the stories of his people as well as their worthy responses of sacrifice, humble worship, and prayers of thanks. Carefully studying these stories can inspire readers to similarly recognize the Lord’s influence in their own lives and find cause for their own expressions of heartfelt gratitude. They too will come to recognize the blessings of God’s deliverance from trials, trouble, and tribulation.

President Henry B. Eyring, for example, taught, “The times we will pass through will have in them hard trials, as they did for the people of Alma under the cruel Amulon, who put burdens on their backs too heavy for them to bear.”7 Like the people of Alma, readers in the latter days can have faith that the Lord will similarly deliver them from their own burdens and trials, and even help them to be “cheerful as well as strong” while enduring them.8 As similar blessings flow into their own lives, they can follow the example of Alma’s people who collectively “lifted their voices in the praises of their God” (Mosiah 24:22). 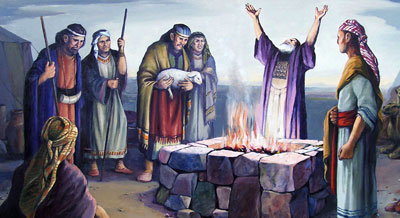 In the Book of Mormon narratives preceding Christ’s visitation, those who escaped from their enemies or experienced miraculous deliverances often offered animal sacrifices as a sign of their gratitude. When Jesus Christ fulfilled the Law of Moses, however, such sacrifices were no longer acceptable as an appropriate form of gratitude and worship. Christ taught that now “ye shall offer for a sacrifice unto me a broken heart and a contrite spirit” (3 Nephi 9:20).9

Such a sacrifice is especially meaningful in the context of Sabbath Day observance (see Doctrine and Covenants 59:8–9). President Eyring described the Sabbath as a day of “gratitude and love.”10 He further explained, “As we partake of the bread and water, we remember that He suffered for us. And when we feel gratitude for what He has done for us, we will feel His love for us and our love for Him.”11

Finally, the Book of Mormon itself is a priceless treasure that should evoke a response of sincere gratitude. Elder Russell M. Nelson taught that “we have had the Book of Mormon for nearly 200 years. … Because of these and other precious scriptures, we know that God is our Eternal Father and that His Son, Jesus Christ, is our Savior and Redeemer. For these spiritual gifts, thanks be to God!”12

Henry B. Eyring, “Gratitude on the Sabbath Day,” Ensign, November 2016, online at lds.org.