Why Is So Little Said about the Timing of Christ’s Temple Ministry? 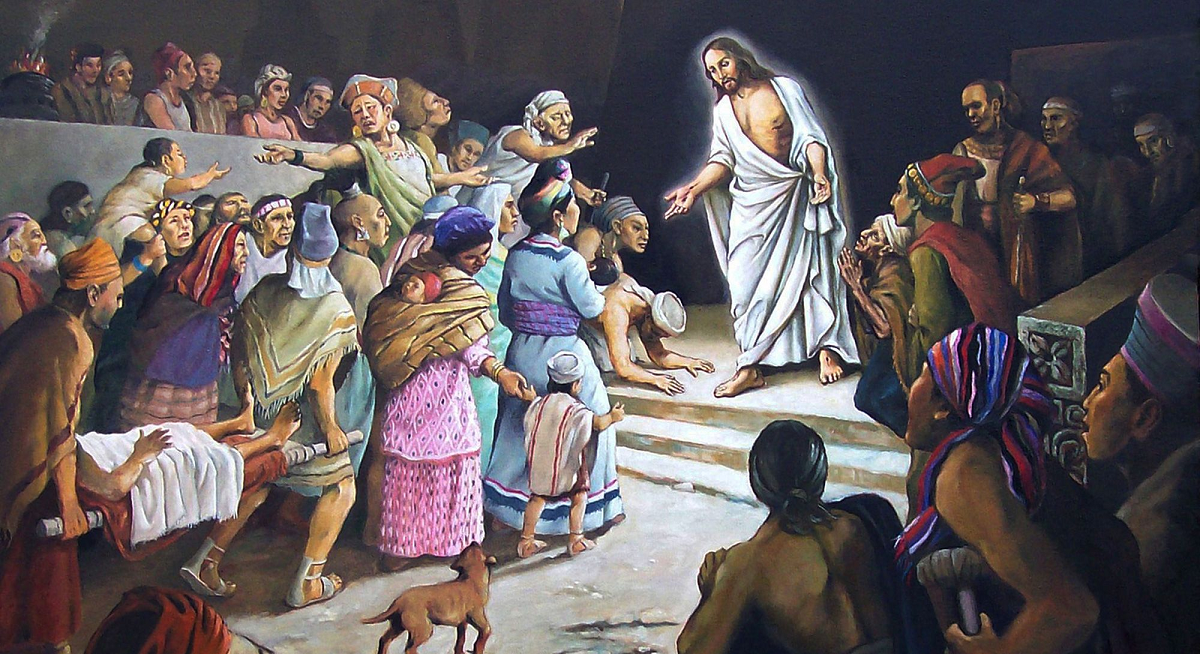 “Jesus Sanando” by Jorge Cocco
“And it came to pass that in the ending of the thirty and fourth year, behold, I will show unto you … that soon after the ascension of Christ into heaven he did truly manifest himself unto them.”

Just before recording Christ’s ministry at the temple in Bountiful,1 Mormon gave this puzzling chronological detail:

And it came to pass that in the ending of the thirty and fourth year, behold, I will show unto you that the people of Nephi who were spared … did have great favors shown unto them, and great blessings poured out upon their heads, insomuch that soon after the ascension of Christ into heaven he did truly manifest himself unto them. (3 Nephi 10:18; emphasis added)

At first glance, it might seem like Mormon was saying that Christ visited the Nephites sometime near the end of the 34th year. Because Christ’s resurrection happened at the beginning of the same year (see 3 Nephi 8:5), this interpretation would require that most of the year had transpired between the two events. Another possibility, however, is that Mormon was simply saying that Christ’s ministry occurred sometime before or by the end of the 34th year.2 If so, then Mormon’s description of Christ visiting the Nephites “soon after” his ascension would seem to support a timeframe closer to the beginning of the year.

Due to conflicting interpretations about this passage, as well as a number of other textual considerations, various scholars have proposed differing views about the timing of Christ’s visitation to the Nephites.3 This confusion may lead readers to wonder why Mormon wasn’t more specific in detailing the chronology of this important event in the first place.

Legal scholar John W. Welch has explained that “Indeed, as one moves further into Nephi’s book, time references fade into the background and eventually disappear entirely.”4 Welch proposed that this noticeable lack of time-related references may be due to the symbolic nature of Christ’s ministry at the temple in Bountiful. In particular, he has seen Christ’s visitation as being connected to meaningful features of the temple’s holy of holies.5 This inner sanctum was the most sacred location in ancient Israelite temples, a place where “it was as if time stood still, inasmuch as the temporal world was transcended there.”6 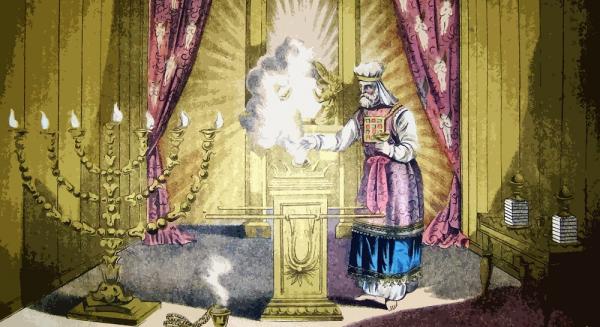 The Holy of Holies, illustration from the 1890 Holman Bible

If Christ’s ministry in 3 Nephi is symbolically considered to be a holy of holies, then the confusion over its timing would actually make a lot of sense. Welch concluded,

These record keepers do not seem to want their readers to be thinking about time, [a desire for] which is characteristic of sacred experiences in which time is left behind and the broader vistas of eternity are opened to spiritual eyes. As a result, 3 Nephi has no usual storyline, no heroic action scenes, and no sensational narrative attractions. These chapters [3 Nephi 11–28] blend into one great whole, as supernal truths and texts usually do.7

In a fortunate irony, it seems that the confusion about the timing of Christ’s visitation in 3 Nephi may actually be a clue to the text’s deeper symbolic meaning. This situation teaches an important principle: what the scriptures don’t say is sometimes just as important as what they do say. Whenever we are puzzled or confused about something, we might productively ask ourselves what information we are lacking and then ponder upon why it might not be available.

In this case, the lack of time-related details in the record of Christ’s ministry suggests something about God’s eternal nature and the perspective we need when approaching Him. Doctrine and Covenants 88:13 states that God is “in the bosom of eternity” and “in the midst of all things.” From His eternal perspective, He gazes upon the past, present, and future. “Endless” is His name, says Doctrine and Covenants 19:10, and eternal life is what He promises to all those who keep His commandments.8 In order to come into God’s presence, we must therefore learn to share His eternal view.

In many ways, this reorientation of perspective—from finite to infinite and from mortal to immortal—characterizes Christ’s temple sermon. He taught His followers to lay up treasures in heaven rather than upon earth, “where moth and rust doth corrupt, and thieves break through and steal” (3 Nephi 13:19). He taught them to “take no thought for your life, what ye shall eat, or what ye shall drink; nor yet for your body, what ye shall put on” (v. 25). Instead, they were to trust that their “heavenly Father knoweth that ye have need of all these things” (v. 32). Finally, Christ summarized, “Take therefore no thought for the morrow, for the morrow shall take thought for the things of itself. Sufficient is the day unto the evil thereof” (v. 34).

In other words, they were to focus their minds on heavenly things first and then earthly things would follow (see 3 Nephi 13:33). In keeping with this theme, Mormon’s usual attention to chronology is replaced by a sublime focus on Christ’s temple-related teachings, covenants, and blessings. With Mormon as our guide, it’s as if we too get to enter a scriptural holy of holies, a place where time stands still and eternal principles and truths are manifested unto all who are spiritually prepared. As we read of Christ’s ministry at the temple, we can feel His presence in our lives and, for at least a brief period of time, symbolically join Him in eternity.

John A. Tvedtnes, The Most Correct Book: Insights from a Book of Mormon Scholar (Salt Lake City, UT: Cornerstone Publishing, 1999), 251–269

S. Kent Brown, “When Did Jesus Visit the Americas?” in From Jerusalem to Zarahemla: Literary and Historical Studies of the Book of Mormon (Provo, UT: Religious Studies Center, Brigham Young University, 1998), 146–156 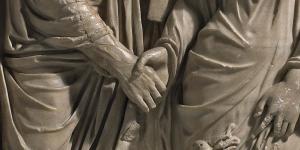