Why Does the Book of Mormon Warn Against Seeking after Riches? 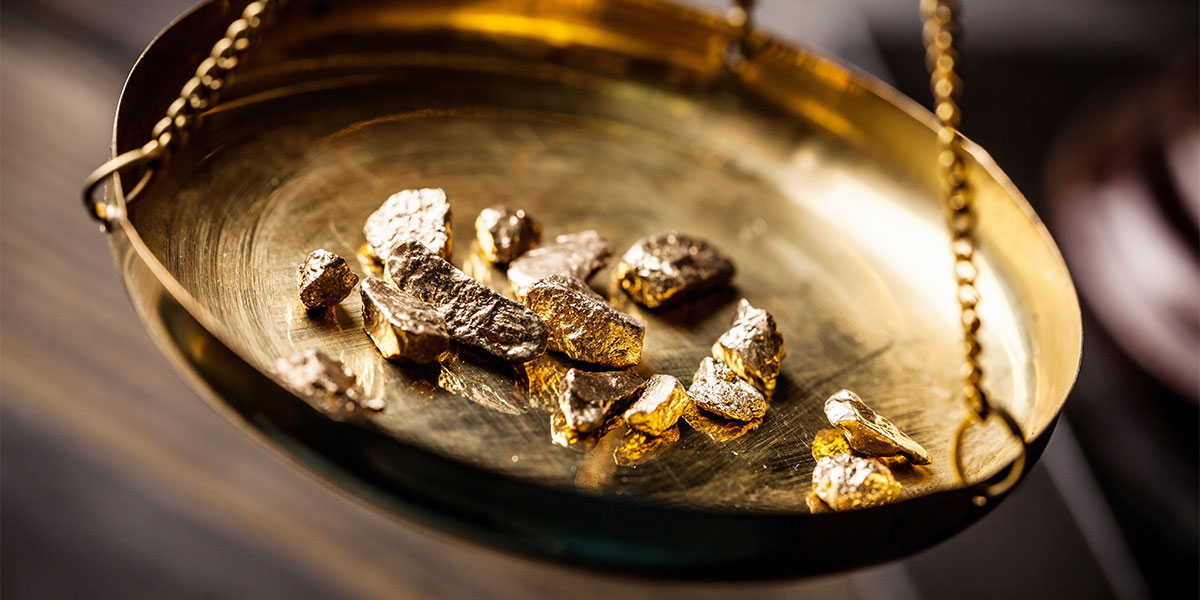 Image of raw gold via Adobe Stock.
“But before ye seek for riches, seek ye for the kingdom of God.”

Jacob’s temple speech recorded in Jacob 2–3 is famous for its unflinching condemnation of sexual immortality and the abuse of women and children.1 At the same time, Jacob warned his people against pride and setting their hearts on riches and wealth.

And now behold, my brethren, this is the word which I declare unto you, that many of you have begun to search for gold, and for silver, and for all manner of precious ores, in the which this land, which is a land of promise unto you and to your seed, doth abound most plentifully. And the hand of providence hath smiled upon you most pleasingly, that you have obtained many riches; and because some of you have obtained more abundantly than that of your brethren ye are lifted up in the pride of your hearts, and wear stiff necks and high heads because of the costliness of your apparel, and persecute your brethren because ye suppose that ye are better than they. And now, my brethren, do ye suppose that God justifieth you in this thing? Behold, I say unto you, Nay. But he condemneth you, and if ye persist in these things his judgments must speedily come unto you. (Jacob 2:12–14)

Brant Gardner has identified a plausible social context for Jacob’s teachings in pre-Columbian America.2 As in most ancient economies, Mesoamerica used a barter economy where “various commodities served as currencies to ‘even out’ a bartered transaction.” These commodities included precious stones and ore, carved jewelry, cloth, salt, and even cacao beans.3 In this context, it is interesting that Jacob didn’t just mention gold and silver but the accumulation of “all manner of precious ores” and costly apparel as being a sign of wealth for the early Nephites. 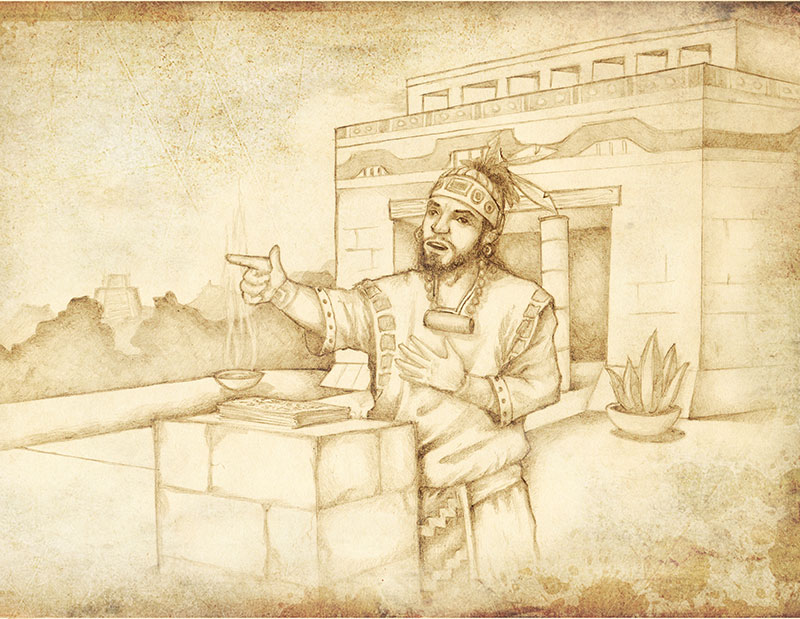 Elsewhere the Book of Mormon speaks of the Nephites becoming rich from “precious things, and in fine workmanship of wood” (Jarom 1:8), and from an “abundance of flocks and herds . . . and also abundance of grain . . . and abundance of silk and fine-twined linen, and all manner of goodly cloth” (Alma 1:29).4 While the Nephites during the reign of judges did have a system of weights for accounting measures of grain (Alma 11),5 these and other passages seem to confirm that ordinary people primarily became wealthy through bartering material goods, not exchanging money.6

The kind of wealth the men in Jacob’s small settlement were seeking would likely have been not just gold and silver ore, but also jade and semi-precious stones, the feathers of exotic birds, and other material goods that could be used to justify social segregation. In ancient America, “one displayed wealth by wearing it–––precisely Jacob’s complaint about some of his people,” observed Gardner. “This visual display of wealth highlighted differences among individual access to the exotic trade goods and led to the social inequality that lies behind Jacob’s condemnation.”7

Whatever the source of this economic inequality, the men of the early Nephite community were apparently being drawn away from their homes and families emotionally and perhaps even physically in their quest to accumulate wealth.8 They were also carried away to sexual immorality (including unauthorized polygamy or concubinage (Jacob 2:27–30)) and the abuse and neglect of their families (v. 35) [were usually] correlated problems.

“Polygamy [was] expensive, therefore wealth is often necessary to support plural wives. . . . The increasing wealth of the Nephites cause[d] problems both in the social stratification that comes from pride, but also from some of the other ‘trappings’ of the rich­­­–––a household of plural wives.”9 It is likely, therefore, that part of Jacob’s condemnation related to his people treating human lives as if they were just another object to be bought or bartered over with material wealth. None of this sexual or material immorality or injustice is consistent with doctrine, ethics, or morality. 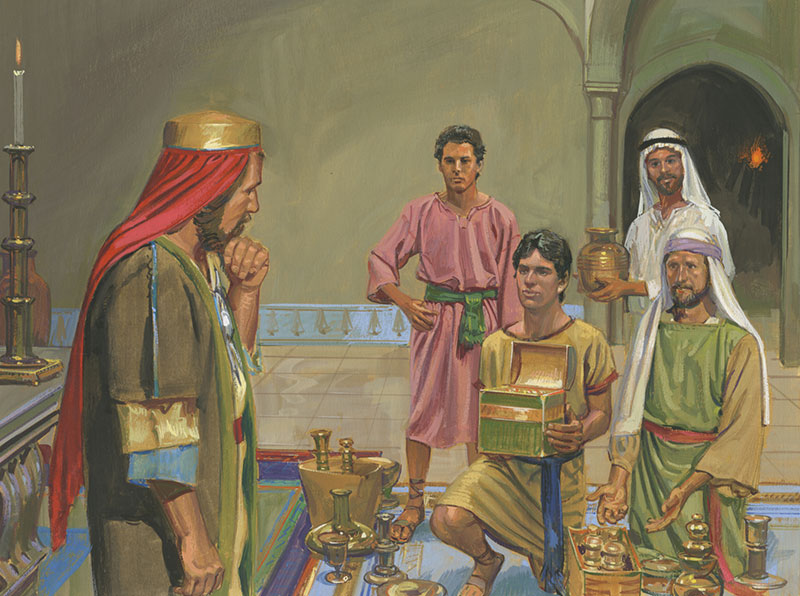 As the Book of Mormon and the Bible make clear, it is not intrinsically immoral to own or possess material wealth. Indeed, the righteous Lehi was a wealthy man (1 Nephi 3:16), and he and other Nephite and biblical prophets declared the voice of the Lord in repeating the promise, “Inasmuch as ye shall keep my commandments, ye shall prosper, and shall be led to a land of promise” (1 Nephi 2:20; 2 Nephi 1:20; 2 Nephi 4:4; Mosiah 1:7; 2:28).10 As Jacob himself made especially clear, the sin may lie both in how we accumulate that wealth (honestly and fairly, or through deceit and the exploitation of human life) and what we do with it.

Think of your brethren [and sisters] like unto yourselves, and be familiar with all and free with your substance, that they may be rich like unto you. But before ye seek for riches, seek ye for the kingdom of God. And after ye have obtained a hope in Christ ye shall obtain riches, if ye seek them; and ye will seek them for the intent to do good—to clothe the naked, and to feed the hungry, and to liberate the captive, and administer relief to the sick and the afflicted. (Jacob 2:17–19)

Determining whether accumulating riches is good or bad depends on why they are being sought and how they are used. Using wealth to “clothe the naked, and to feed the hungry, and to liberate the captive, and administer relief to the sick and the afflicted” is good and noble before the eyes of God. In contrast, flaunting wealth “in the pride of your hearts,” wearing “stiff necks and high heads because of the costliness of your apparel,” and “persecute[ing] your brethren [and sisters] because ye suppose that ye are better than they” because of your wealth is sinful and immoral (Jacob 2:13; see also Mosiah 4:26).

The teachings of Jacob and other prophets in the Book of Mormon are in harmony with Jesus’ many teachings on wealth recorded in the New Testament.11 In numerous passages in the gospels, Jesus warned about the danger of putting the pursuit of riches (especially ill-gotten riches) before serving God in His kingdom. In the Sermon on the Mount, Jesus instructed,

Lay not up for yourselves treasures upon earth, where moth and rust doth corrupt, and where thieves break through and steal: But lay up for yourselves treasures in heaven, where neither moth nor rust doth corrupt, and where thieves do not break through nor steal: For where your treasure is, there will your heart be also. (Matthew 6:19–21)

The capstone to this teaching was, “No man can serve two masters: for either he will hate the one, and love the other; or else he will hold to the one, and despise the other. Ye cannot serve God and mammon” (Matthew 6:24; cf. Luke 16:9, 11, 13). What precisely does the word mammon mean in this verse? As John W. Welch comments,

Mammon signifies more than just money. The word was used in Jewish texts to describe ransom, tangible property, dishonest gains, or bribes; mammon personifies the world of materialistic powers and influences, and in some cases “the idea of the impure, dishonest and worldly is intrinsically bound up with the word,” all of which may derive from the root meaning “that in which one trusts.”12

In another memorable instance, Jesus taught his disciples with deliberate hyperbole, “It is easier for a camel to go through the eye of a needle, than for a rich man to enter into the kingdom of God” (Matthew 19:23–24). The context of this saying was a rich young man–––identified in Luke’s gospel as a “ruler” (Luke 18:18)–––who was remorseful to sell his riches and follow Jesus “for he had great possessions” (Matthew 19:22). This context suggests Jesus’ hyperbole was in response to the unwillingness of the rich young man to put serving God and those in need before his own monetary desires.13

When all these scriptural passages are read together, the teachings of the Book of Mormon and the Bible consistently warn disciples that, if not kept within the bounds the Lord has set, the pursuit of riches and wealth can become a canker to the soul. When individuals covet their neighbor’s property, make mammon their master, and base human value on worldly wealth, they distance themselves from God and risk His judgements. These powerful warnings are fully in force today, just as they were anciently.

This KnoWhy was made possible by the generous contributions of Elder Lynn G. Robbins.