Why Does Malachi Refer to the Sun of Righteousness? 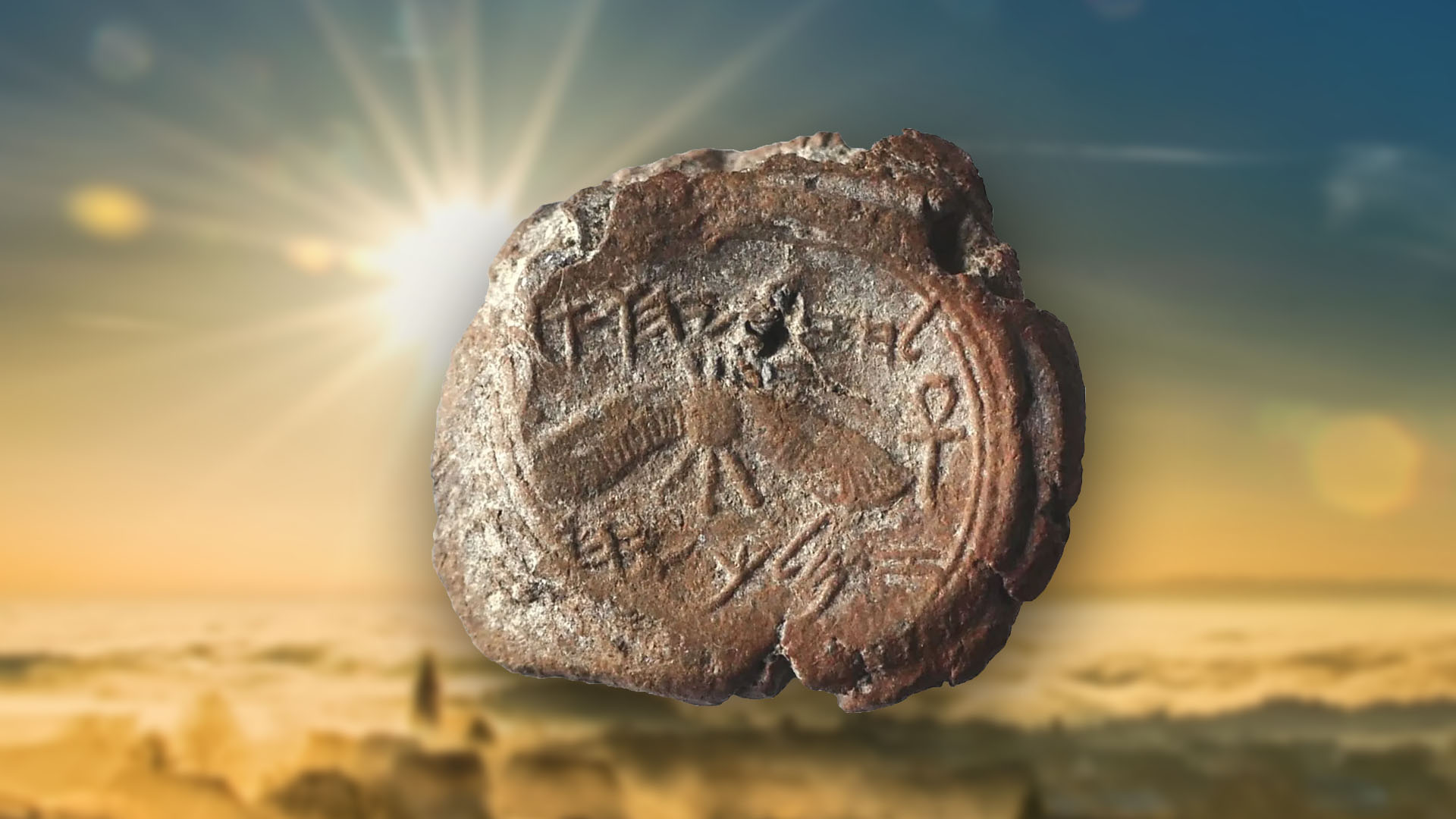 Impression of a seal bearing the words "Belonging to Hezekiah [son of] Ahaz king of Judah" and showing a winged sun and ankhs. Image via HaAretz.
“But unto you that fear my name shall the Sun of righteousness arise with healing in his wings; and ye shall go forth, and grow up as calves of the stall.”

The prophet Malachi promised the Israelites that if they kept God’s commandments, they would be blessed. In one such promise, Malachi stated that the “Sun of righteousness [would] arise with healing in his wings” (Malachi 4:2; emphasis added).

The imagery of a winged sun was not uncommon throughout the ancient Near East. Multiple ancient civilizations, including Egypt and Babylon, employed a winged sun disk for centuries as a symbol for divine beings. Surprisingly, this symbol was also used in ancient Israel during the eighth and seventh centuries BC.1 Perhaps the most notable example is found on a royal seal “belonging to Hezekiah [son of] Ahaz king of Judah” that was recently discovered in Jerusalem.2 Additional examples of winged sun disks being used as a symbol of the Judaean monarchy that date to Hezekiah’s time have also been found, leading biblical scholar J. Glen Taylor to conclude that “Judah itself should be included among the suggestions about which cultural realm contributed to the image of Yahweh [Jehovah] as winged sun.”3

Descriptions of the Lord paired with the sun are found throughout the scriptures, often evoking connections between the idea of the sun and fertility, righteousness, or justice. Such imagery could also be applied to the king of Israel, who was commanded to rule and live as God ruled. In 2 Samuel 23:3–4, for instance, the Lord states that the king, like Him, “must be just, ruling in the fear of God. And he shall be as the light of the morning, when the sun riseth, even a morning without clouds; as the tender grass springing out of the earth by clear shining after rain.” Connecting the Lord’s rule to the king’s would have been important in the ancient world and could therefore explain the use of the winged sun disk by King Hezekiah.

Another mention of the Lord healing His people in connection with the sun can be found in Isaiah 30:26: “Moreover the light of the moon shall be as the light of the sun, and the light of the sun shall be sevenfold, as the light of seven days, in the day that the Lord bindeth up the breach of his people, and healeth the stroke of their wound.” Elsewhere, Isaiah describes the blessings of the righteous by evoking solar imagery in connection with the Lord: “Then shall thy light break forth as the morning [sun], and thine health shall spring forth speedily: and thy righteousness shall go before thee; the glory of the Lord shall be thy rearward” (Isaiah 58:8).4 It is significant that many of these passages refer to healing or life, just as Malachi refers to healing in the wings of the Sun of Righteousness.

Commenting specifically on Malachi, Taylor has noted that the phrase “Sun of righteousness” is used specifically to refer to the coming of the Lord at the last day.5 A similar claim regarding the first coming of Jesus into mortality is employed by Nephi in the New World. He prophetically saw the resurrected Lord Jesus Christ appear to his descendants and described the blessings that his people would receive as they enjoyed the Lord’s presence: “the Sun of Righteousness shall appear unto them and he shall heal them” (2 Nephi 26:9).6 This divine forecast would have been familiar to Nephi, either from Old Testament passages on the plates of brass or from his education as a young man in Jerusalem.

Nephi also refers to this idea when speaking of Jesus’s mortal ministry, Atonement, and Resurrection in 2 Nephi 25:13: “Behold, they will crucify him; and after he is laid in a sepulchre for the space of three days he shall rise from the dead, with healing in his wings.”7 The resurrected Jesus Christ likewise employed the last two chapters of Malachi when He taught the Nephites about His future coming in the last days (see 3 Nephi 25:2).

Considering that the imagery of a winged sun disk was common in the ancient Near East, Malachi and Nephi may have been independently drawing upon a common earlier tradition when they used this symbolism in their messianic prophecies. Whatever path this imagery took before ending up in their separate writings, the sun can be seen as an exceptionally fitting symbol for the Lord.

The sun provides necessary heat for all life on earth and the light by which we see and comprehend the world. Much like the love of God, sunlight emanates in every direction from a central point and can be seen and felt by millions of people all at once, even if they are widely scattered upon the earth. As described in Doctrine and Covenants 88:6–7, Jesus Christ is the “light of truth” which “is in the sun, and the light of the sun, and the power thereof by which it was made.” The revelation goes on to say that this light “proceedeth forth from the presence of God to fill the immensity of space—the light which is in all things, which giveth life to all things, which is the law by which all things are governed, even the power of God who sitteth upon his throne, who is in the bosom of eternity, who is in the midst of all things” (Doctrine and Covenants 88:12–13).

In other words, the physical light emitted by the sun provides an apt metaphor for the spiritual light that emanates from Jesus Christ. Jesus Himself proclaimed, “I am the light of the world: he that followeth me shall not walk in darkness, but shall have the light of life” (John 8:12). The connections between light, life, the sun, and Jesus may even have deeper metaphysical meanings that are currently beyond the ability of either science or scripture to fully describe.

Whatever the textual or cultural relationships may be, it is understandable why the sun would be described in ancient texts as having a healing quality. Every spring, as the light and heat of the sun grows in areas affected by seasonal change, the earth appears to be renewed. Plants again begin to thrive. Animals become more active. It is the as if the sun provides the active ingredient that resurrects all dormant and sleeping life, thus healing and rejuvenating the world.

As Elder Jeffrey R. Holland has taught, “ultimately such spiritual repair can come only from our divine Redeemer, He who rushes to our aid ‘with healing in his wings.’ We thank Him, and our Heavenly Father who sent Him, that renewal and rebirth, a future free from old sorrows and past mistakes, are not only possible, but they have already been purchased, paid for, at an excruciating cost symbolized by the blood of the Lamb who shed it.”8