Book of Mormon Central / KnoWhys
Why Does Jacob Declare so Many “Woes”? 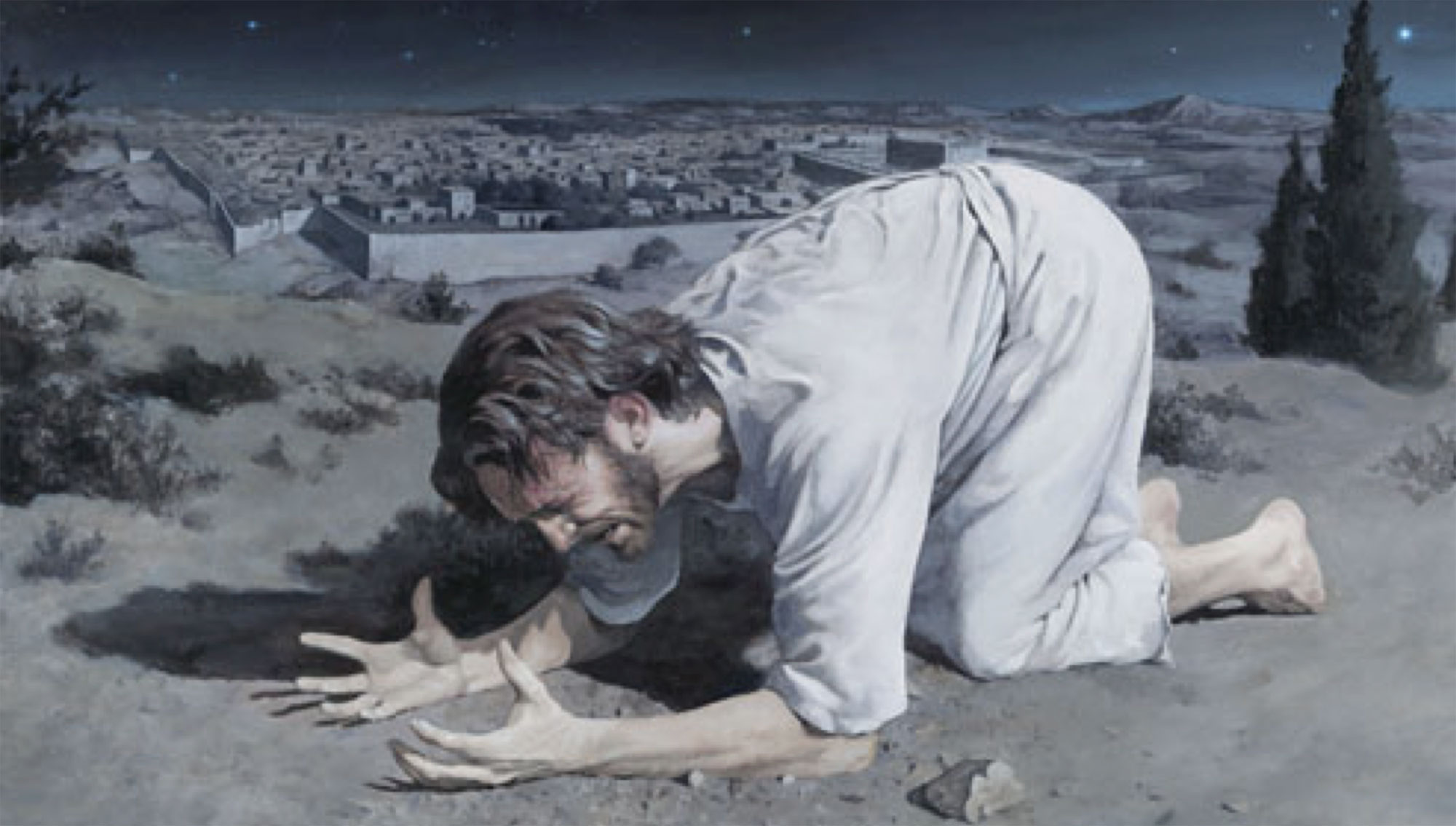 The Passion of Yeshua
“But wo unto him that has the law given, yea, that has all the commandments of God, like unto us, and that transgresseth them, and that wasteth the days of his probation, for awful is his state!”

As part of his great speech, probably given on the occasion of Nephi’s coronation as king (2 Nephi 5:18),1 Jacob sublimely praised God, his many attributes, and his plan of salvation (2 Nephi 9:8–22). Jacob waxed so eloquent that Grant Hardy, a professor at the University of North Carolina at Asheville, dubbed a portion of this sermon (2 Nephi 9:17-19) “A Hymn to the Holy One of Israel.”2

Amidst this inspiring praise, however, Jacob launched into an unexpected series of “woes” condemning various practices. From 2 Nephi 9:27–38, Jacob pronounced¬ ten “woes” against liars, murderers, idol worshippers, those who think they don’t need God due to wisdom or riches, and others. Because there are exactly ten of them, they have been called “Jacob’s Ten Woes,” and compared to the famous Ten Commandments given to Moses on Mount Sinai (see Exodus 20:3–17).3 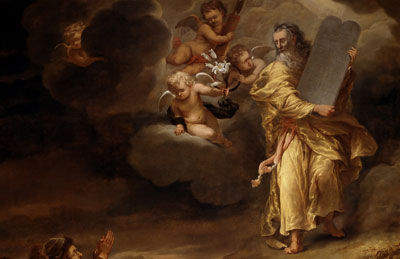 John W. Welch explained, “Jacob apparently had the Decalogue of Deuteronomy 5 or Exodus 20 in mind when he wrote these words. The prohibitions against worshiping images, committing murder or adultery, and bearing false witness (see Exodus 20:4–6, 13–14, 16) are clearly present in Jacob’s sixth through ninth woes.”4

Jacob’s ten woes, however, are not a mere repetition or paraphrase of the Ten Commandments. “Whereas the Decalogue gave the law,” Welch observed, “Jacob went one step further by stressing the consequences of breaking the law. Furthermore, Jacob’s principles have been tailored as a revelation to his people and their needs.”5 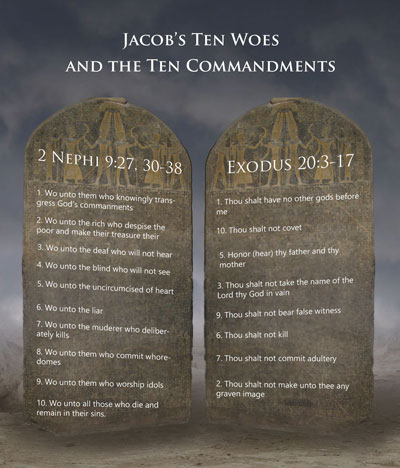 The subtle but significant connection between the Ten Commandments and Jacob’s ten woes is important in understanding why Jacob included warnings about the consequences of sin in the midst of his lofty praise of God. At Sinai, God made a covenant with his people (see Exodus 19:5), as Jacob clearly understood. “The blessings of the covenant,” explained Old Testament scholar John L. Collins, “are contingent on the observance of the law.”6

Covenants in the ancient world followed a specific pattern in which the stipulations were laid out, and consequences of keeping or breaking the covenant were explained. At Sinai, the Ten Commandments were among “the stipulations of the covenant.”7Both blessings and cursings are also present in the covenant renewal at Mt. Ebal (see Deuteronomy 27–28).

Although not always noticed, Jacob actually told his listeners that his purpose in quoting Isaiah was “that ye might know concerning the covenants of the Lord that he has covenanted with all the house of Israel” (2 Nephi 9:1). The ten woes found in 2 Nephi 9:27–38, therefore, function as the list of stipulations and the consequences attached for violating that aspect of the covenant.8

Moreover, the full traditional ancient covenant pattern shaped Jacob’s speech.9 This full covenant formula teaches an important lesson, namely that the fullness of the gospel is not only about the goodness and blessings of God, it also deals with the consequences of sin.

Knowing the necessity of keeping and obeying one’s covenants with God, the Savior himself placed woes upon the Pharisees and scribes, calling them to repentance for their hypocritical violations of several requirements of the law (see Matthew 23).  The Savior also followed the pattern of declaring both blessings and cursings in his Sermon on the Plain (Luke 6:17-26).

As the world continues to move toward a more laissez-faire attitude toward many moral behaviors, people tend to refashion the image of God into the image of the world (see D&C 1:16). Often, the result is to emphasize only God’s love and mercy, while discounting or ignoring the stipulations and consequences.

In contrast, Jacob’s powerful discourse reminds us not only of “the greatness of the mercy of our God … [who] delivereth his saints from that awful monster the devil, and death, and hell” (2 Nephi 9:19) but also of “the greatness and the justice of our God … [who] executeth all his words, and they have gone forth out of his mouth and his law must be fulfilled” (2 Nephi 9:17).

God’s justice includes consequences for violating the law; his mercy is found in providing a Savior and allowing time for change and reconciliation. While repentance is always possible, it remains true that not all behavior is acceptable to the Lord. In his ten woes, Jacob identified several of those unacceptable behaviors and warns of the consequences to befall those who violate their covenants and do not repent.