Why Do the Authors on the Small Plates Follow a Pattern? 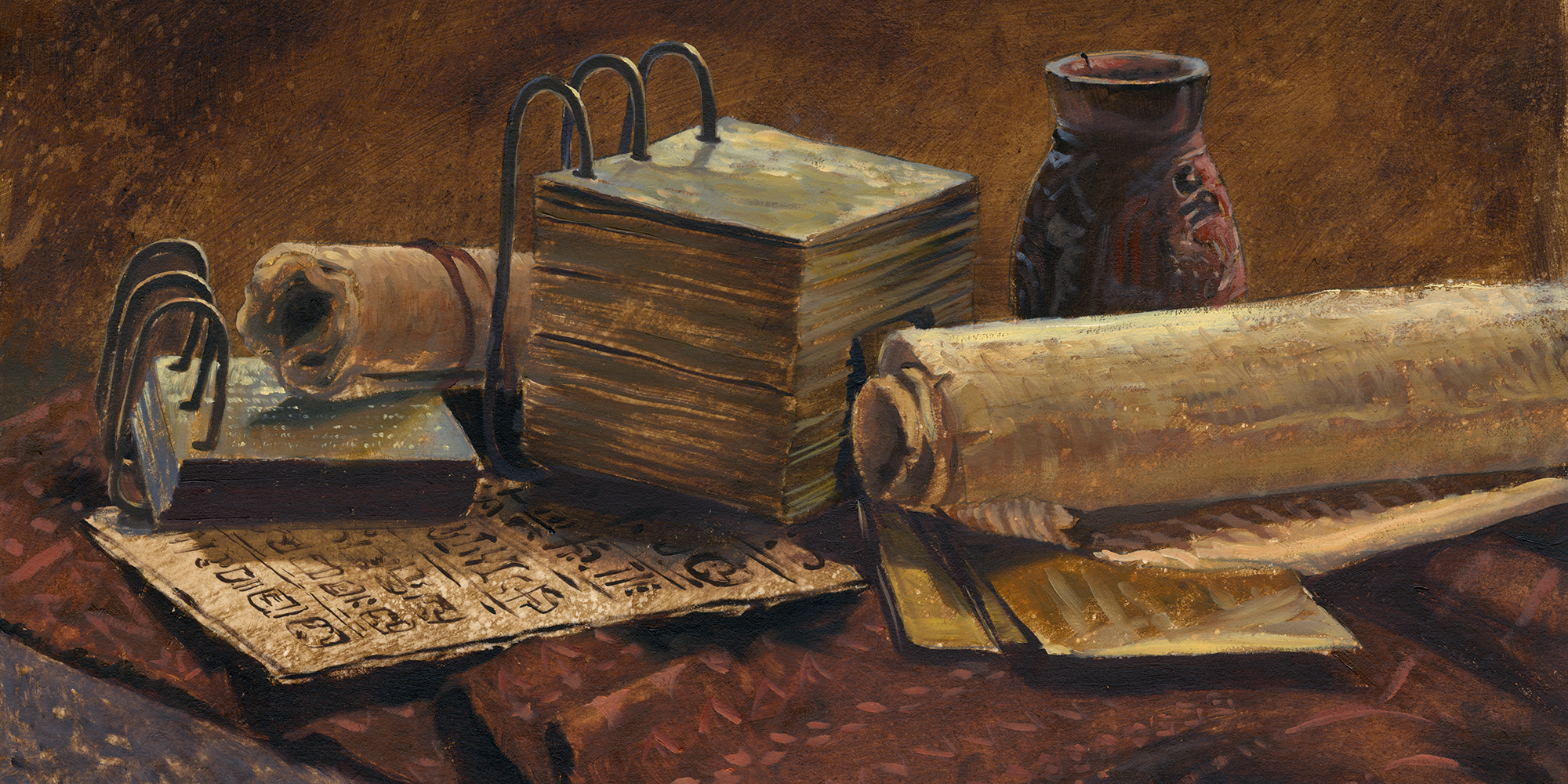 Ancient Records by James Fullmer
“And I, Jacob, saw that I must soon go down to my grave; wherefore, I said unto my son Enos: Take these plates. And I told him the things which my brother Nephi had commanded me, and he promised obedience unto the commands.”

In 1984, John W. Welch observed that after Jacob, some of the keepers of the small plates “do not appear eager to write, nor do they seem to have much to say.” While it is popular to see them as lazy or negligent, Welch continued, “It is interesting, however, that they manifest a strong sense of duty about writing what little they do.”1  Jacob 1:1–4 documents the mandate Nephi gave to his brother Jacob, and Jacob states that he passed this same commandment on to his son Enos (Jacob 7:27).

Welch delineates seven obligations that can be found in Nephi’s instructions in Jacob 1:1–4:

The writings of Jacob and each of his descendants can be expressly evaluated on these criteria. The results are summarized in the following table:

While not every author satisfies every criterion, given the brevity of their writings they actually do an impressive job covering the basics of Nephi’s directive. Each of these writers makes a point of writing in the first person: “I, Jarom” (Jarom 1:1), “I, Omni” (Omni 1:1), or “I, Amaron” (Omni 1:4), thus discharging the personal obligation Nephi gave to Jacob and his successors, as Jacob reported: “that I should write” (Jacob 1:2).

Even when these authors know of no new revelations, they typically certify that “I know of no revelation save that which has been written, neither prophecy; wherefore, that which is sufficient is written” (Omni 1:11; see also Jarom 1:2; Omni 1:25).

In addition, a careful reading of the vocabulary multiple of the small plates authors used reveals that even in their brief comments, they consciously “echo the instructions of Nephi in many respects.”4  Welch concluded, “the textual evidence is persuasive that the command of Nephi was followed by Jacob and his descendants as they wrote the books of Jacob, Enos, Jarom, and Omni.”5 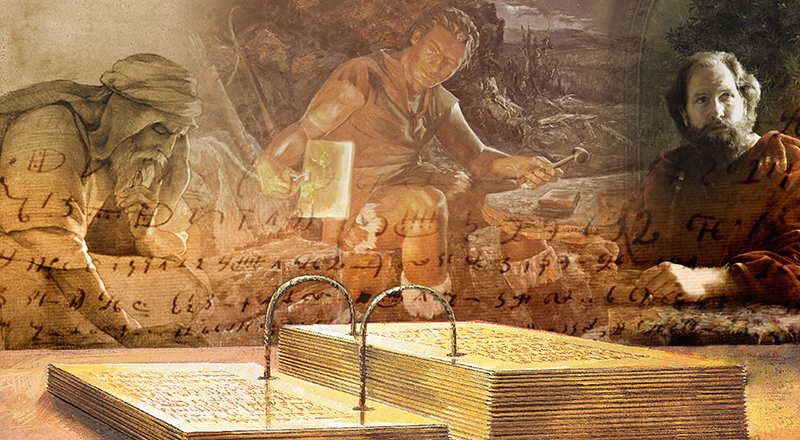 Recognizing the faithful adherence of Jacob, Enos, Jarom, Omni, Amaron, Chemish, Abinadom and Amaleki to Nephi’s instructions provides a different perspective on these often overlooked Book of Mormon authors. “Although these writers,” explained Welch, “are most often thought of simply for their terseness and lack of substance, modern readers should not overlook the fact that their brevity was dictated in large part by the small size of the plates and by the specific limitations of Nephi’s command.”6

Using Nephi’s command as a template, modern readers can appreciate these small entries for their scribal attention to duty and detail. Although Nephi’s instructions to Jacob are soon forgotten by most people reading the Book of Mormon today, and probably passed just quickly through Joseph Smith’s consciousness as he labored over the task of rendering the text into English, Nephi’s mandate was not forgotten by Jacob and his seven successors.

Their diligent adherence to Nephi’s instructions explains why these small books follow a particular pattern in a manner that is worthy of admiration: “Modern readers should not underrate the consistent and subtle way in which the record shows that this command was dutifully obeyed to the end of this line of Jacob’s lineage.”7  While the temptation is to breeze through these brief entries on the small plates, careful reading and thinking about these often neglected voices rewards patient readers.