Book of Mormon Central / KnoWhys
Why Did Nephi Believe the Lord Would Prepare a Way? 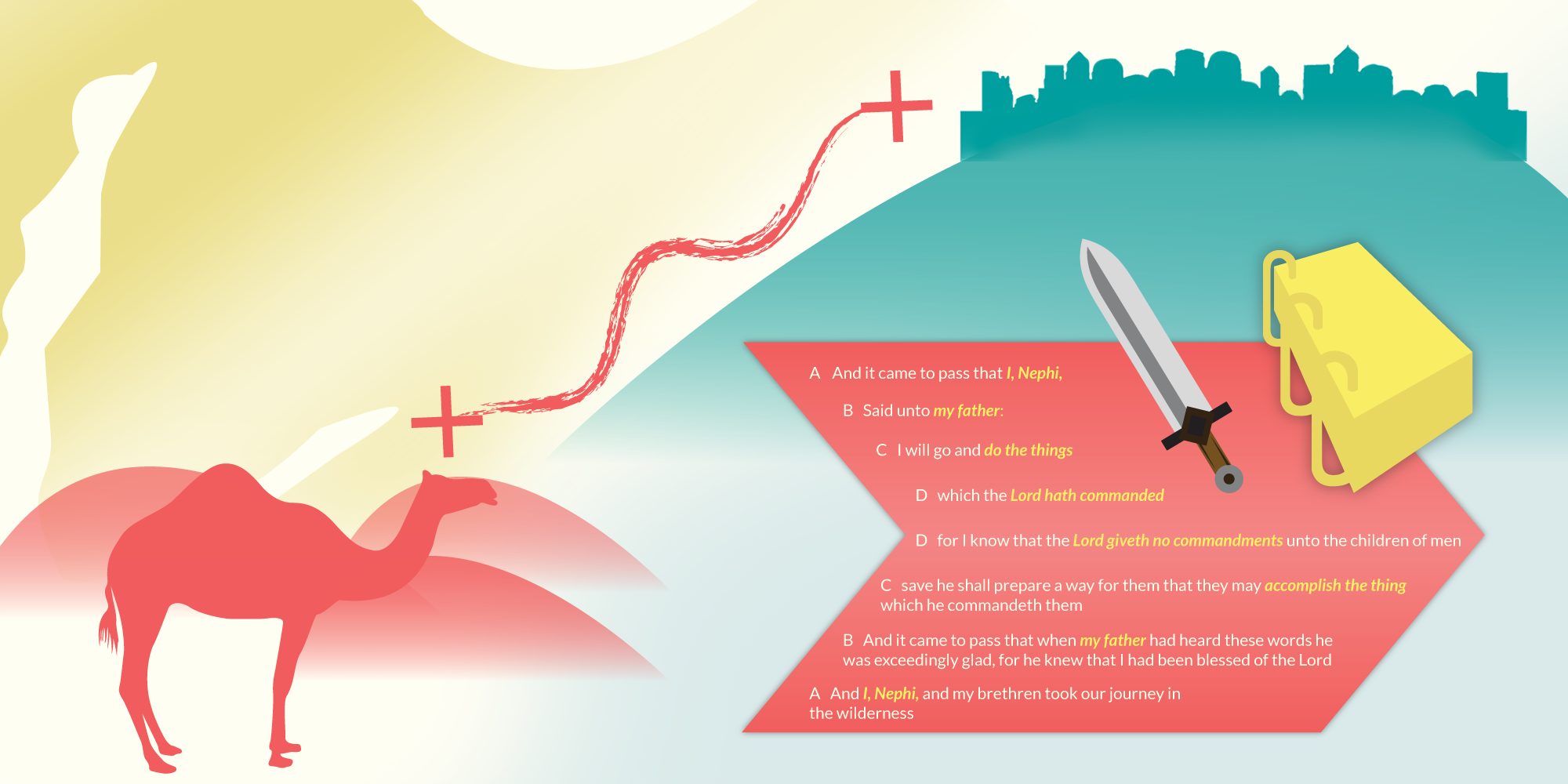 Image by Book of Mormon Central
“For I know that the Lord giveth no commandments unto the children of men, save he shall prepare a way for them that they may accomplish the thing which he commandeth them.”

Lehi’s family had just traveled about 250 miles through what some travelers called a “brutal wilderness” with long stretches of nothing but barren desert, where “hardly a blade of grass breaks up the monotony.”1 The journey would have taken about 2 weeks.2 And now, they were being asked to go back to retrieve the plates of brass from a short-tempered Jerusalem official with command of a military garrison (1 Nephi 3:4, 31).3  If Laman and Lemuel were right about anything, it is that they were asked to do a “hard thing” (1 Nephi 3:5).

Yet, as Lehi emphasized to Nephi, this hard thing was “commanded” of the Lord—repeating that point three times to be sure he understood (1 Nephi 3:2, 4, 5). Nephi had just returned from conversing with the Lord, where he was promised: “inasmuch as ye shall keep my commandments, ye shall prosper” (1 Nephi 2:20). Eager to hold up his end of this obligation, Nephi responded to his father with equal emphasis on commandments, likewise repeating the term three times in his one-verse reply (1 Nephi 3:7).4

This sets up the rest of the story about getting the plates, where the Lord’s commandments are central: command or commandment is repeated 18 times total in 1 Nephi 3 and 4.5 Affirming this, Nephi’s response that he will “go and do” is part of a chiasm—a literary pattern where key words, phrases, or ideas are repeated in reverse order.6 The center of a chiasm is usually the most important part, and Nephi’s chiasm has the Lord’s commandments at the very center.

Obtaining the plates of brass was done in obedience to a specific commandment and was necessary so that Nephi’s seed could keep the general commandments given to all the house of Israel (1 Nephi 4:14–17).8

Nephi’s story highlights how the Lord prepares the way for obeying both types of commandments: (1) The Lord prepared a way for Nephi to obtain the plates of brass by delivering Laban into his hands (1 Nephi 4:10–12); (2) Obtaining the plates, which had the Law of Moses on them, prepared the way for Lehi’s family and their descendants to keep the commandments (1 Nephi 4:14–17).9 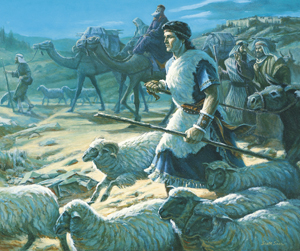 Nephi is a model for keeping the commandments even when doing so is challenging and difficult. Although he had to travel 500 miles round trip in a scorching desert and face off with a powerful leader, Nephi was determined to obey. This is true of Nephi throughout his life.10 President Thomas S. Monson taught, “Though others faltered in their faith and their obedience, never once did Nephi fail to do that which the Lord asked of him. Untold generations have been blessed as a result.”11

Nephi’s story teaches that while the Lord may prepare the way, the way prepared is not always easy. It was not until Nephi and his brothers had made multiple failed attempts, and Nephi had suffered from violence at his brothers hands, that the Lord finally intervened (1 Nephi 3). Nephi had proven himself determined and willing to be “led by the Spirit” (1 Nephi 4:6), and thus a way was prepared.12

President Henry B. Eyring, of the First Presidency, taught that this kind of commitment comes from trusting in the Lord:

The young Nephi in the Book of Mormon stirs in us a desire to develop trust in the Lord to obey His commandments, however hard they appear to us. Nephi faced danger and possible death when he said these words of trust that we can and must feel steadily in our hearts … . That trust comes from knowing God.13

Nephi knew that the Lord would prepare a way for him because he trusted in Him, and he wrote the story about obtaining the plates to illustrate this truth. He placed the Lord’s commandments at the center of his response to his father, symbolizing their central importance to the whole story.