Why Did Lehi "Suppose" the Existence of Satan? 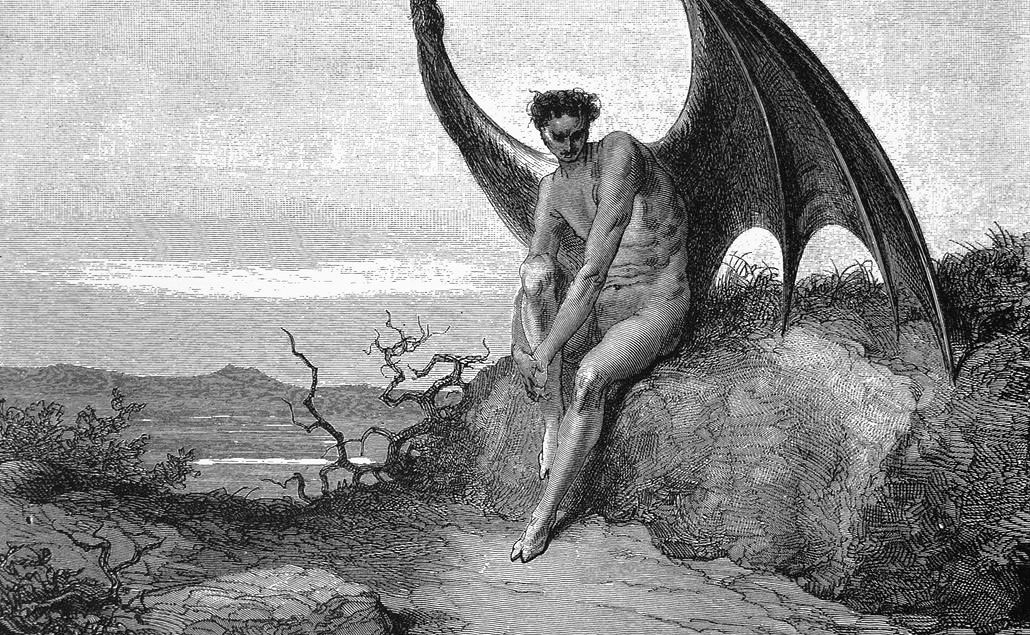 Lucifer from Milton's Paradise Lost by Gustave Dore (1866)
“How art thou fallen from heaven, O Lucifer, son of the morning!”

The Book of Mormon includes a stark portrayal of Satan, or the devil as he is more commonly called in the text.1 Satan’s main desire, according to Book of Mormon prophets, is to make “all men . . . miserable like unto himself” (2 Nephi 2:27). This he does by leading men and women into sin, lulling them into a carnal security, blinding them towards the things of God, and stirring up strife and contention in the hearts of the children of men.2

Some have wondered how the Book of Mormon has such a vivid depiction of Satan while the Old Testament or Hebrew Bible appears to lack a concrete conception of him.3 While it is true that Satan (or “the satan”) appears in such passages as Numbers 22, Job 1–2, Zechariah 3, and 1 Chronicles 21, biblical scholars have argued over whether this figure is necessarily an evil entity opposed to God, and, if so, whether his identity and function evolved over time in ancient Israelite religion.4 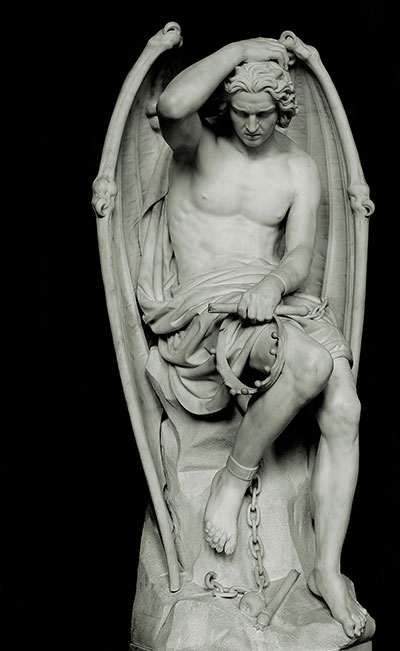 The non-Mormon biblical scholar G. J. Riley explained, “In the Hebrew Bible, one finds the concept of the ‘adversary’ (Heb. śāṭān) in two senses: that of any (usually human) opponent, and that of Satan, the Devil, the opponent of the righteous.”5 That śāṭān in Hebrew can refer to both mortal and divine adversaries (who may or may not always necessarily be evil) has led to conflicting interpretations of the Old Testament passages in which he appears.

Despite this ambiguity, there exist underlying conceptions from ancient Near Eastern mythology that may help us understand the role of Satan in the Bible. Riley explained, “The Biblical idea that God and the righteous angels confronted the opposition of a great spiritual enemy, the Devil backed by the army of the demons, had a long history and development in the ancient world. Very old stories of conflict among the gods are found in each of the cultures which influenced the Biblical tradition, and these stories . . . contributed to the concept of the Devil.”6 Riley mentioned specifically Mesopotamian and Canaanite myths that feature a head deity fighting back the forces of chaos, death, and evil as underlying elements in the biblical depiction of Yahweh fighting against “terrifying but legitimate spirits of calamity, disease, and death.”7 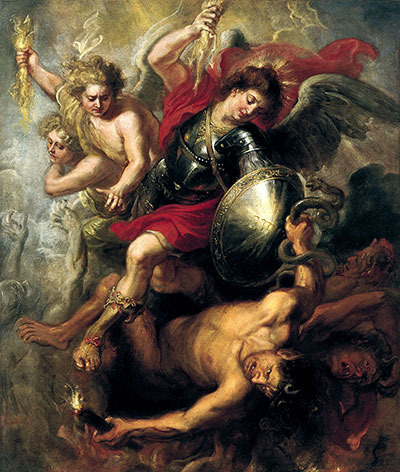 Turning to the Book of Mormon, it is important to note that Lehi “supposed” the existence of Satan based on reading something he encountered in the plates of brass. “And I, Lehi, according to the things which I have read, must needs suppose that an angel of God, according to that which is written, had fallen from heaven; wherefore, he became a devil, having sought that which was evil before God” (2 Nephi 2:17, emphasis added). It appears that Lehi was referencing this passage in Isaiah: “How art thou fallen from heaven, O Lucifer, son of the morning! Art thou cut down to the ground, which did weaken the nations!” (2 Nephi 24:12; Isaiah 14:12).

The name rendered as “Lucifer” (Latin for “light-bearer”) in the Hebrew text is Helel ben Shachar (hēylēl ben šāḥar) and literally means “shining one, son of dawn.” This links him with “a Canaanite myth of the gods Helel and Shahar . . . who fall from heaven as a result of rebellion” (cf. Genesis 6:1–4),10 as well as a deity from the ancient Near East identified as “a star in the constellation . . . associated with Ištar and through which passes Venus” (cf. Job 38:6–7).11 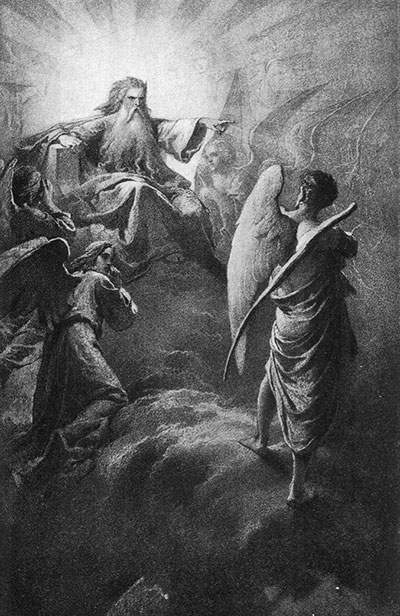 The LDS biblical scholar David Bokovoy explained, “[Lehi] would need to have a biblical text that described a fallen angel. Such a view appears in Isaiah 14. This biblical passage is a lament, mocking the death of the Assyrian king from the time of Isaiah.” According to Bokovoy, “Even though this text refers directly to an Assyrian monarch who tried to make himself a divine being like the most High God, the taunt is based upon an ancient Canaanite motif of a literal divinity who tried to ascend to the throne of El, the highest god in the divine assembly.”12

Another LDS scholar, John A. Tvedtnes, wrote, “Lucifer’s attempt to sit on the holy mountain reflects his desire to become part of the heavenly council.”13 In the words of one biblical scholar, he tried to “sit enthroned on the mountain where the assembly of gods met . . . in effect as the king of the gods.”14 For his presumption, Lucifer, the mythological personification of perhaps the Assyrian king Sargon II (circa 722–705 BC),15 was cast down to the underworld, where he was to be stripped of his power and prestige, mocked by those he once oppressed, and ultimately defeated by Yahweh (Isaiah 14:15–23; 2 Nephi 24:15–23).

Knowing, as he did, the essential story of the fall of Adam and Eve in the Garden of Eden (2 Nephi 2:15–27), Lehi knew of “the captivity and power of the devil” (v. 27), who was “the father of all lies” (v. 18). He also knew that the devil and wickedness were in “opposition” to God and his righteousness (vv. 11–13). But where the devil had come from was not explicitly stated in Genesis.16 Perhaps puzzling over this very gap in the records known to him, and with the contextual background to Isaiah 14:12 in mind, it is easy to see how Lehi could have “supposed” the existence of the devil, an angel or divine being who opposed God and so fell to the lowest world (hell). Lehi’s cogent explanation was then picked up by his sons Nephi and Jacob and perpetuated and developed further by subsequent Book of Mormon prophets and authors. 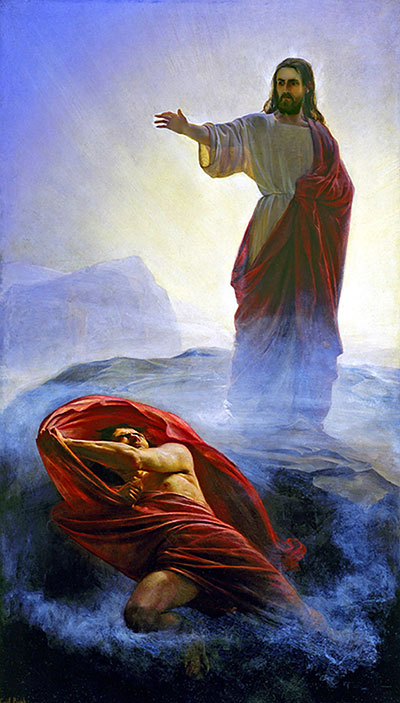 By providing a clearer depiction of Satan than the Hebrew Bible, the Book of Mormon helps us recognize him and his tactics. “In addition to exposing the tactics and plans of Satan,” wrote Clyde James Williams, “the Book of Mormon gives clear and direct counsel on how to overcome him.”17With these two scriptural records combined, we are better prepared to withstand the Adversary and his minions.

On a theological or even literary level, the Book of Mormon appears to draw from Isaiah 14 in its own conception of Satan, which in turn drew some of its imagery or inspiration from a wider ancient Near Eastern mythological environment. Lehi thus seems to have made the same theological innovation that Jews returning from the Babylonian Exile not long after him would go on to make.

Or perhaps this conception of the Evil One was already beginning to circulate among the prophets in Jerusalem in Lehi’s day, thereby allowing it to emerge strongly and without any resistance in later biblical writings. Of course, the “historical approach to the concept of Satan as an evolutionary theological development in Judaism raises the question of whether the Book of Mormon’s references to the Devil should be seen as anachronistic,” but as Bokovoy has acknowledged, “a careful reading of the Book of Mormon, however, shows that in this instance, the Book of Mormon seems to reflect the way biblical scholars who read the Hebrew Bible critically understand this issue.”18

John A. Tvedtnes, The Most Correct Book: Insights from a Book of Mormon Scholar (Springville, UT: Horizon Publishers, 2003), 132–153