Why Did Book of Mormon Prophets Quote Long Passages of Scripture? 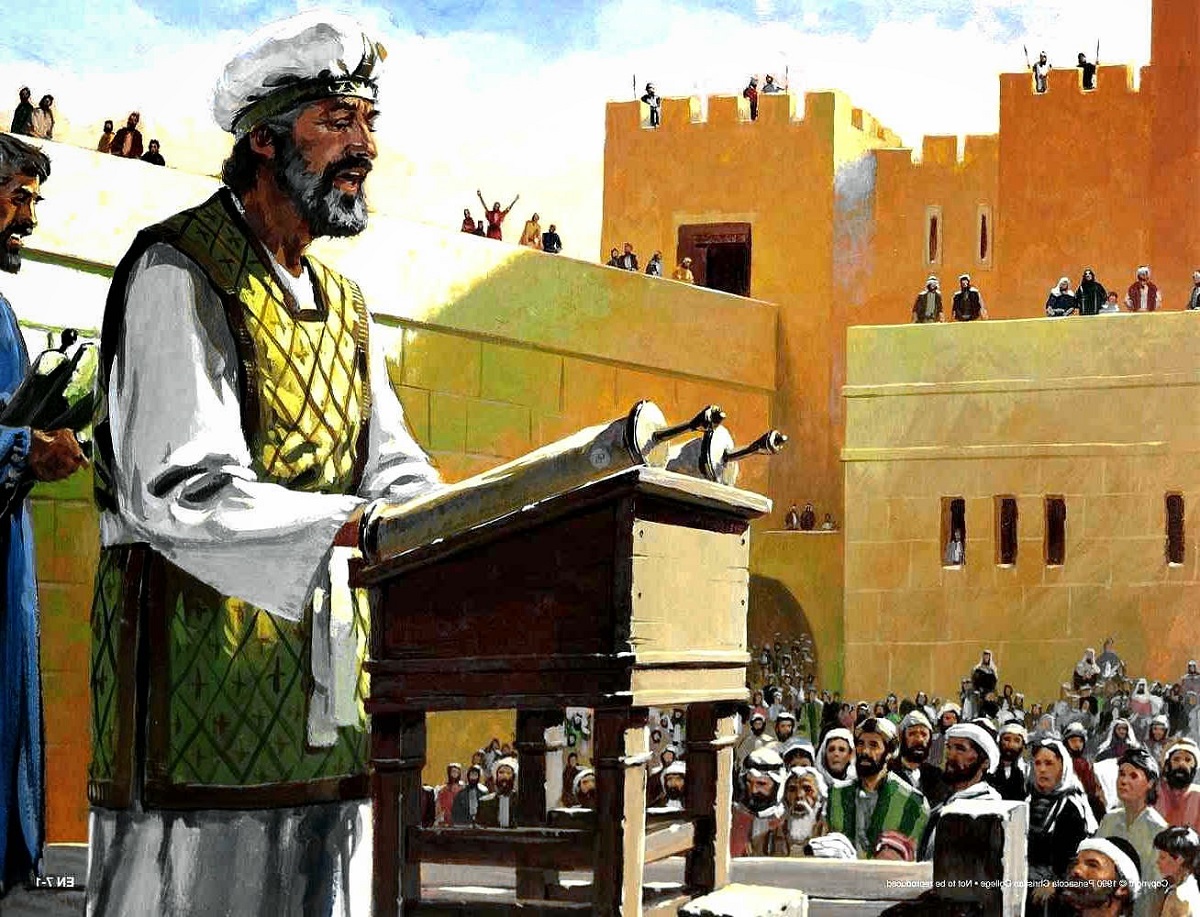 Image via Pensacola Christian College
“Now it came to pass that I, Nephi, did teach my brethren these things; and it came to pass that I did read many things to them, which were engraven upon the plates of brass, that they might know concerning the doings of the Lord in other lands, among people of old.”

The speeches in the Book of Mormon sometimes contain long quotations from the Old Testament. Abinadi quoted much of Isaiah 52 and all of Isaiah 53, Nephi read Isaiah 48–49 from the Plates of Brass (see 1 Nephi 20–21), most of Jacob 5 is a quotation from Zenos, and Jesus quoted large sections from Isaiah, Malachi, and Micah.1 Today, people rarely read long blocks of text out loud to an audience during a speech. But an examination of literacy in the ancient world shows that this was actually a common practice during Book of Mormon times.

Biblical scholar Joachim Schaper has argued that in ancient Israel, “just like in any other ancient culture,” people read books out loud to a gathered audience rather than reading quietly to themselves.2 One possible reason for this is simply the cost of creating books. Today, it is easy to print off multiple pages of text or to buy a mass-market paperback. But in the ancient world, when books had to be created one letter at a time by scribes, books were much more expensive.3 Therefore, even if many people in a society were literate, not many people would have had access to books. This explains why people would gather around to hear a book read, rather than reading silently like we often do today.4

As Schaper observed, “written texts … provided the basis on which literate Israelites ‘performed’ texts on significant occasions.”5 Schaper has suggested that Nehemiah 8 is a good illustration of this principle.6 Nehemiah 8:1–3 states that all the people gathered together and Ezra “read the Law of Moses to the men and the women, and those that could understand; and the ears of all the people were attentive unto the book of the law.” Deuteronomy 31:11, similarly notes that all Israel (men, women, and children) were commanded to come once every seven years to the house of the Lord to hear the whole book of Deuteronomy "read . . . before all Israel in their hearing." 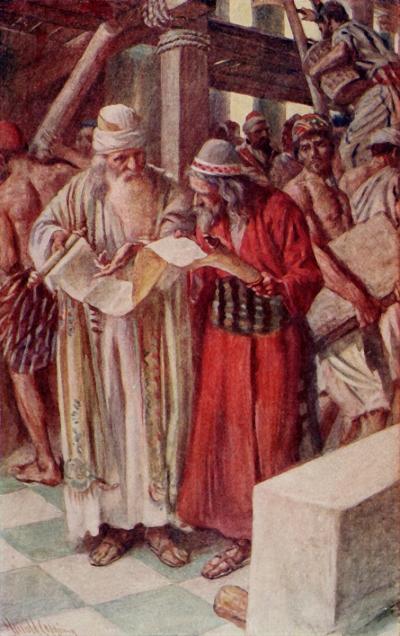 "Finding the Law" by Harold Copping

One finds the same thing in the Book of Mormon as well. 1 Nephi 19:22 states that “Nephi, ... did read many things” to his brothers “which were engraven upon the plates of brass.”7 Verse 23 specifies, “I did read many things unto them which were written in the books of Moses; but that I might more fully persuade them to believe in the Lord their Redeemer I did read unto them that which was written by the prophet Isaiah.”8 Nephi then “spake unto them, saying: Hear ye the words of the prophet, ye who are a remnant of the house of Israel, a branch who have been broken off; hear ye the words of the prophet, which were written unto all the house of Israel” (1 Nephi 19:24).9

Immediately following this emphasis on reading the Plates of Brass aloud to his brothers, telling them to hear the words of the prophet, Nephi read them two chapters of the book of Isaiah, allowing them to literally hear those words (see 1 Nephi 22:1). In an ancient context, Nephi reading long blocks of text to his brothers makes sense, because this is how people experienced books in the ancient world. Rather than being out of place, these blocks of text inserted into speeches allowed people to experience texts the way they always experienced them in the ancient world.10

When understood in their ancient context, these long quotations from the scriptures begin to make more sense. Rather than being a strange Nephite quirk, or filler that Joseph Smith inserted to make the book longer, as some might even assert, these long excerpts inserted into speeches are simply a reflection of how people experienced books in ancient times.11

Today, modern people do not gather together to have texts read aloud to them as often as ancient people did.12 But religious gatherings, such as sacrament meetings and General Conference, allow people to gather together to hear scripture being read to them. Sometimes this involves people reading and commenting on verses from ancient or modern scripture, but it involves people reading carefully prepared talks that are like scripture for our day.

Gathering together to listen to General Conference or sacrament meeting talks can give us all a sense of what it might have been like in ancient times to gather together to hear the scriptures being read aloud. We were not present to hear Abinadi, Nephi, or Jesus teach about and read from the scriptures, and most of our experience with the scriptures involves reading silently to ourselves. But listening to the speakers in our meetings allows us to be present with them in spirit as we experience, in a small way, what they experienced in ancient times.

Hugh Nibley, Lehi in the Desert/The World of the Jaredites/There Were Jaredites, The Collected Works of Hugh Nibley: Volume 5 (Salt Lake City and Provo, UT: Deseret Book and FARMS, 1988), 285–423.