Book of Mormon Central / KnoWhys
Why Did Alma and Amulek Preach in Synagogues? 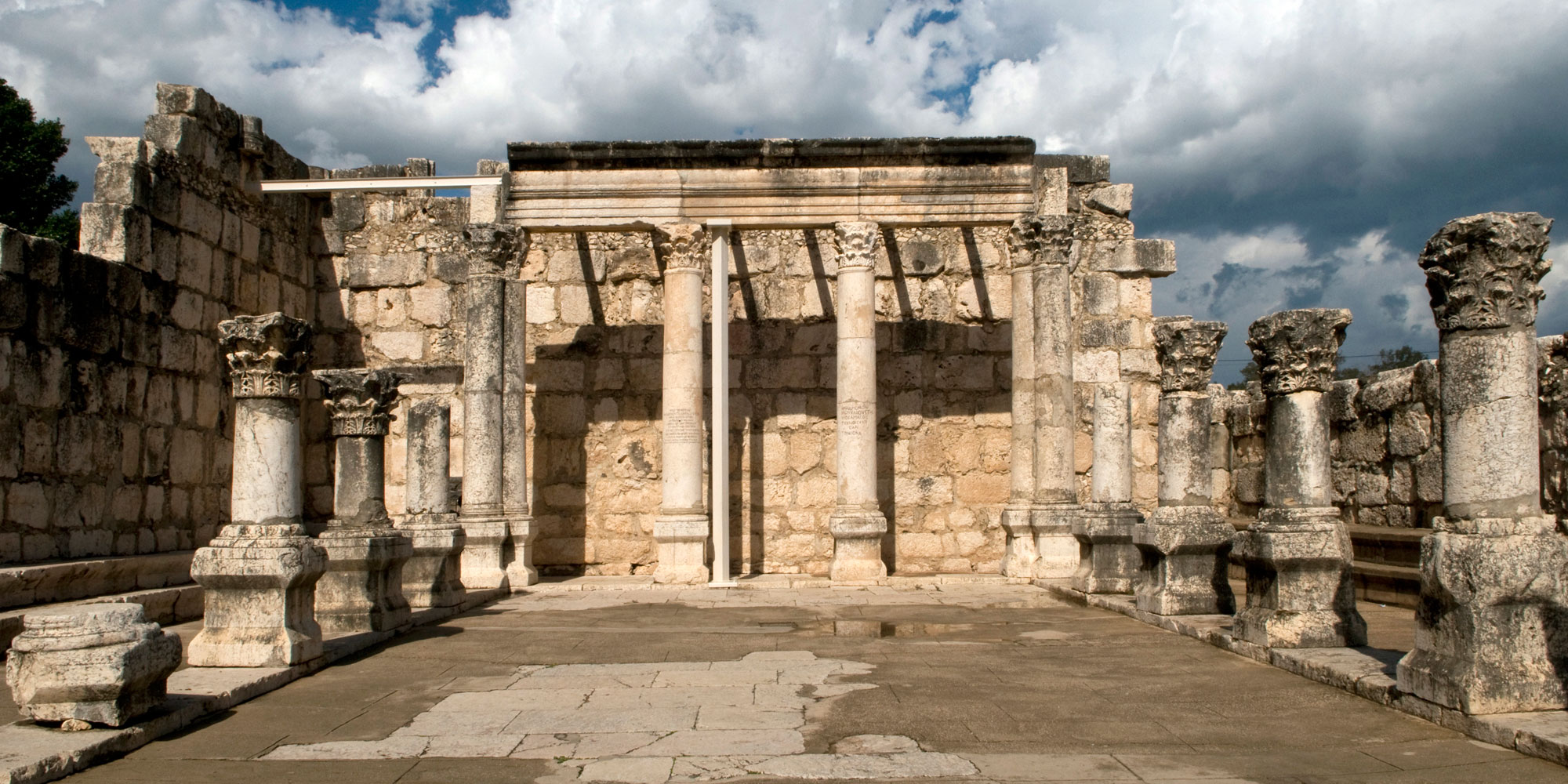 The ruins of an ancient synagogue in Capernaum from the 4th century A.D. Image via Wikimeida Commons.
“And Alma and Amulek went forth preaching repentance to the people in their temples, and in their sanctuaries, and also in their synagogues, which were built after the manner of the Jews.”

Along with temples and sanctuaries, the Book of Mormon mentions synagogues as being a part of the religious architecture of Nephite culture, mainly during the era of the reign of judges.

When Alma and Amulek returned from Ammonihah to the land of Zarahemla, they “went forth preaching repentance to the people in their temples, and in their sanctuaries, and also in their synagogues, which were built after the manner of the Jews” (Alma 16:13). At that same time, in the lands to the south, synagogues were built especially by the Amlicites “after the order of the Nehors” (Alma 21:4, 16).1 To the north, the apostate Zoramites built their infamous Rameumpton “in the center of their synagogue” in the land of Antionum (Alma 31:13; 32:1–3, 12). As Nephites moved farther north after the wars of the mid-first century, they continued to build synagogues, along with temples and sanctuaries (Helaman 3:9, 14).2

The word synagogue is Greek in origin, and basically means “assembly” or “gathering.” The word appears over a two hundred times in the Greek Old Testament, often translated into English as “congregation.” While this word usually refers to the assembly itself, and not a building, it can on occasion have spatial connotations, as when it is used synonymously with “camp.”

Its Biblical Hebrew equivalents include “congregation” (edah), and “assembly” (qahal).3 The synagogue of modern Judaism (the cultural and religious center where Jews gather together to read the Torah and engage in social activities) is the result of centuries of evolution. While its origins are “shrouded in mystery” according to one leading scholar, the synagogue has its roots in the biblical period.4

“Owing to the paucity of sources, opinions have varied widely as to when, where, and why the synagogue developed.”5 The structure and function of the modern synagogue appear to have evolved primarily during and after the time of Jesus. That being said, some scholars recognize earlier precedent for the basic idea, at least, of the synagogue (a place of assembly) ranging as far back as the time before the Babylonian captivity (586 BC).6 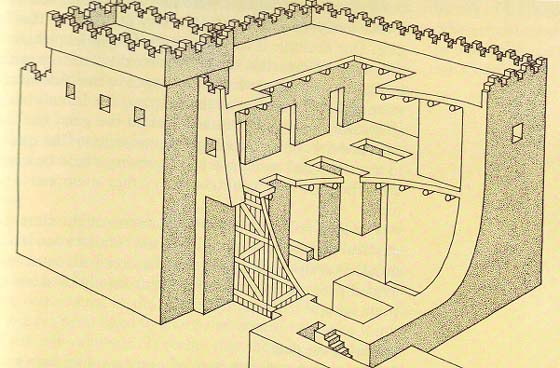 Drawing on the body of non-Mormon academic work on this topic, one Latter-day Saint scholar, William J. Adams Jr., observed how “later synagogues closely mirror the architecture of the gate chambers” during this earlier time in Israelite history. “These chambers may well have been the original synagogues.” Indeed, some “biblical passages . . . indicate that the city gate and its vicinity were the hub of a community’s life,” including the marketplace, the general court, the royal court, and places of worship.7

As such, it’s possible that “before the [Babylonian] captivity, a town’s or city’s social activities centered around the city gate, and it seems reasonable that these social activities included Sabbath worship in a chamber of the gate that resembled later synagogues and functioned similarly.”8A. Keith Thompson more recently explained, “Synagogues were public buildings that developed when city-gate architecture changed and as the cities and villages of Israel became affluent enough to afford the construction of monumental buildings.”9

Synagogues in the Book of Mormon were vital to the worship culture of Book of Mormon peoples. However, they do not appear to have had much of a social function beyond this. As Adams explained, Book of Mormon synagogues focused primarily on providing places of public worship, teaching, and prayer.

A number of later passages [in the Book of Mormon] describe visitors preaching and teaching in synagogues. Public discussions of scripture topics in the synagogues were evidently a part of that teaching and preaching. Prayer apparently is also a part of the worship, for in Alma 31:12–14 Alma’s astonished reaction was to the form of the Zoramite prayers, not to the fact that they offered prayers in their synagogues.10 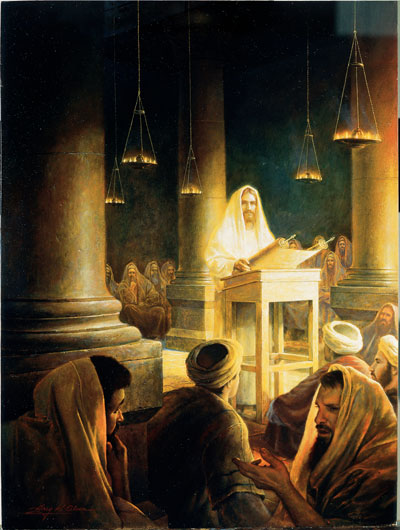 Some have wondered how Book of Mormon peoples could have known about synagogues if they did not fully arise until a time after Lehi’s departure from Jerusalem.11 What is important to keep in mind is that, at its most basic meaning, “synagogue” in both ancient Hebrew and Greek simply meant a place of gathering. Conceivably, any building, structure, or designated location that functioned as a place of Nephite worship could qualify as a synagogue. Furthermore, in Joseph Smith’s day “synagogue” meant, “A congregation or assembly of Jews, met for the purpose of worship or the performance of religious rites.”12

Accordingly, one need not assume that the places or institutions designated as synagogues in the Book of Mormon were identical to what later evolved into the modern Jewish institution. Like Nephi’s temple built “after the manner of Solomon,” the synagogues in the Book of Mormon were built “after the manner of the Jews.”13 This can easily be understood as merely meaning that Nephite synagogues functioned as places of Sabbath worship and assembly, and not necessarily that they were built or functioned identically as Old World synagogues.14

By understanding the nature of synagogues in the Book of Mormon, readers can better appreciate the dedication on the part of Alma and his faithful brethren. They were eager to impart the word of God to as many people as possible, taking advantage of any opportunity to preach. This included bravely preaching in the religious structures of their opponents; going, as it were, into enemy territory to declare a competing doctrine.

Victor L. Ludlow has suggested that “the custom of open dialogue was a part of synagogue practice in the Book of Mormon,” based on the fact that Alma was allowed to preach in non-Nephite assemblies.15 This would explain why Alma and Amulek targeted public synagogues as well as private settings in their missionary efforts: they wanted to utilize any forum in which they could point their audience towards the one who would himself preach the gospel of the kingdom in synagogues (Matthew 4:23; Luke 4:16–30).

A. Keith Thompson, “Nephite Insights into Israelite Worship Practices Before the Babylonian Captivity,” Interpreter: A Journal of Mormon Scripture 3 (2013): 155–195.