Why Are there Multiple Accounts of Joseph Smith's and Alma's Visions? 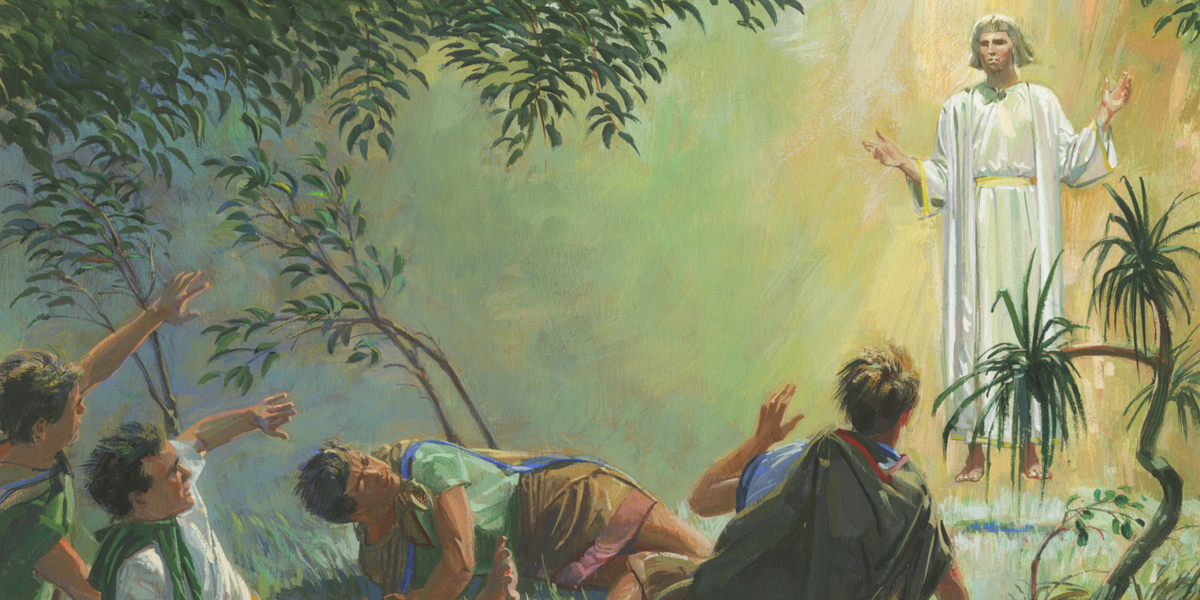 Angel Appears to Alma and the Sons of Mosiah by Jerry Thompson
“But behold, God sent his holy angel ... and behold, he spake unto us, as it were the voice of thunder, and the whole earth did tremble beneath our feet.”

Most Latter-day Saints are familiar with Joseph Smith’s First Vision through the canonical account found in the Pearl of Great Price (Joseph Smith—History 1:15–20), but this was not the only time Joseph told people about his First Vision. Joseph told the story on many occasions. Today, four different firsthand accounts and a handful of secondhand account survive.1 These various accounts make Joseph Smith’s vision “the best-documented theophany—vision of God—in history,”2 and when studied together can enhance a person’s understanding of that foundational event.

Because events like this are likely defining moments in the lives of the prophets who experience them, it is common for them to give multiple accounts of their visionary experiences. For instance, three accounts of Paul’s vision of the risen Christ are found in the New Testament.3 These different accounts were told or written years apart from each other and to completely different audiences, and thus each offers a different perspective.4 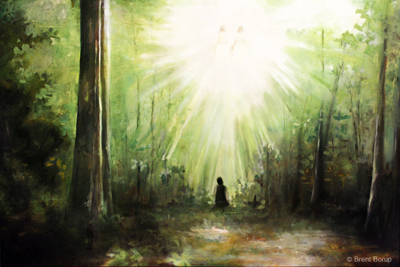 John W. Welch has concluded that the accounts of Alma’s vision differ from each other, in light of their individual settings and audiences, but distinctive details in these three accounts show that they all came from the same person. Evidence for this is found in the repetition of distinctive phrases between the accounts. For example, Mosiah 27:11 states that the angel spoke with “a voice of thunder, which caused the earth to shake upon which they stood,” and Alma 36:7 states: “He spake unto us, as it were the voice of thunder and the whole earth did tremble beneath our feet.” Alma 38:7 does the same thing: “I have seen an angel face to face, and he spake with me, and his voice was as thunder, and it shook the whole earth.”6

Several other phrases in Mosiah 27:28–29, like born of God, the gall of bitterness, marvelous light, racked with eternal torment, and pained no more (Mosiah 27:28–29) are used again in Alma 36.7 Repetitions like this are good evidence that one person experienced and wrote all that the three accounts report. Welch reasoned, “Alma had told his story many times and had grown accustomed to using these characteristic words and phrases.”8 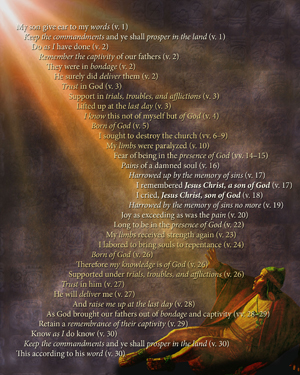 Chiasmus in Alma 36 by Book of Mormon Central

Another example is Mosiah 27:24–31, a statement which seems unrehearsed. As Welch stated, “They are full of emotion and rejoicing; they are direct, first-person declarations.” In contrast, Welch has noted that Alma’s comments in Alma 36 and 38 “show signs of thoughtful reflection, of years of thinking about his momentous conversion.” 12

For instance, in the later accounts Alma has placed his words into the context of his religious tradition.13 Instead of referring only to his father’s deliverance from Helam (as the angel mentioned in Mosiah 27:16), Alma also referred to older parallels: the deliverance of Lehi from Jerusalem and the Israelites from Egypt (see Alma 36:28–29).14

Other differences are present because Alma “has also applied his spiritual experience to his readers’ daily religious practice, drawing lessons about trusting in the Lord throughout one’s trials, troubles, and afflictions (see Alma 36:3, 27; 38:5), and about living a moral, righteous life (see Alma 38:9–15).”15

Alma even changed the structure from one telling to the next. Mosiah 27:29–30 contains an ancient Israelite poetic style called antithetical parallelism (“I was X, but now I am Y,”) which he repeated four times. In Alma 36, he rearranged these into one “masterfully crafted chiastic composition.”16 The focus of the chiasm is the turning point of Alma’s life, the point when he called upon Christ for forgiveness. He placed the negative attributes from Mosiah 27:29–30 into the first half of the chiasm and their positive opposites into the second half.17 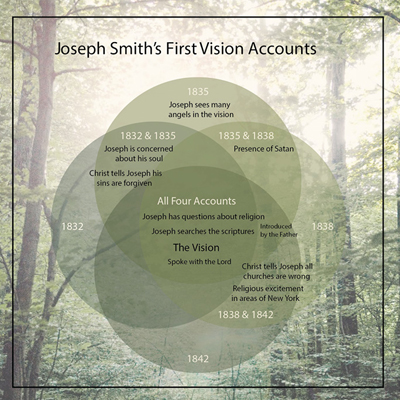 The three accounts … consistently reflect different vantage points in Alma’s life. In Mosiah 27, Alma is a young man, spontaneously overwhelmed by the power of the angel and terrified by the prospect of the day of judgment (see Mosiah 27:31). Later in Alma’s life, it is clear that the older man has faithfully and successfully served his Lord and his people all the rest of his days (see Alma 36:24–26) so that he now emphasizes his longing to be present with God (see Alma 36:22).18

This is not to say that either Joseph or Alma made things up as they went along. Rather, their variation in details seems to have been prompted by their varying audiences and inspired by what they had been going through in their individual lives.19 In the 1832 account, for example, Joseph focused on the esence of the Savior and only alluded to the presence of the Father because he was focusing more on the atoning power of Christ.20 Yet in both the case of Alma and Joseph, the retellings have all the hallmarks of a genuine memory being told and retold over a lifetime. When seen together, the different accounts create a coherent picture that it what one would expect from a real story being told at different times to different audiences. 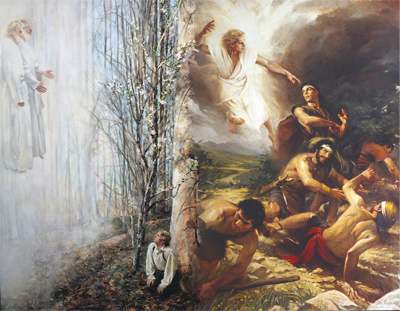 Both Joseph Smith and Alma seem to have gone back to their memories of these visions repeatedly throughout their lives, turning to them as a source of strength and using them to teach others.21 It may well have been hard, if not impossible, for Joseph and Alma to even explain such overwhelmingly glorious events to the people around them, yet they did their best, knowing how much their experiences could help others. As Welch noted, referring to Alma, “these three accounts still profoundly bear the unmistakable imprints of a single distinctive person, who throughout his adult lifetime had lived with, thought about, matured through, and insightfully taught by means of his powerful and beautiful conversion story.”22 And of Joseph Smith, one can similarly conclude: “There is, in fact, striking consistency throughout the narratives [of the First Vision]; they combine impressively to give a consistent and coherent picture . . ., showing a high degree of interdependent, cumulative corroboration among these accounts.”23