Book of Mormon Central / KnoWhys
What Does It Really Mean to Be a Good Person?

Sell That Thou Hast via LDS Media Library
“And whatsoever thing is good is just and true; wherefore, nothing that is good denieth the Christ, but acknowledgeth that he is.”

Sometimes, the Book of Mormon uses the word good the way any of us might use it. There are good pieces of ground and good fruit (Jacob 5), good cloth (Alma 1:29), and good seeds (Alma 32:36). In other cases, the Book of Mormon seems to take the word good more seriously. Moroni 10:6 states that “whatsoever thing is good is just and true; wherefore, nothing that is good denieth the Christ, but acknowledgeth that he is.” Moroni no doubt learned this important doctrine from his father Mormon, who similarly wrote that “all things which are good cometh of God” (Moroni 7:12). Comparing this elevated understanding of the word good with how it is used in other scriptures or in secular discourse shows that being good in this higher sense means being more like God.

One of the best examples of good as understood this way comes from the gospel of Mark. Mark 10:17 depicts a man running to Jesus and asking him, “Good Master, what shall I do that I may inherit eternal life?” Jesus then replied, “Why callest thou me good? there is none good but one, that is, God” (Mark 10:18). According to New Testament scholar C. S. Mann, Christ’s statement only makes sense in light of the Old Testament theology in ancient Judaism.1 He asserts that, “the Jewish view was that God alone may be fitly described as ‘good,’ and by contrast no one else is ‘good,’” although there were some exceptions to this rule.2 This view of “the good” is obviously quite different from the idea of the Good, or of the Good Life, as articulated by Plato, Aristotle, and on down over the centuries of Western thought and secular history. 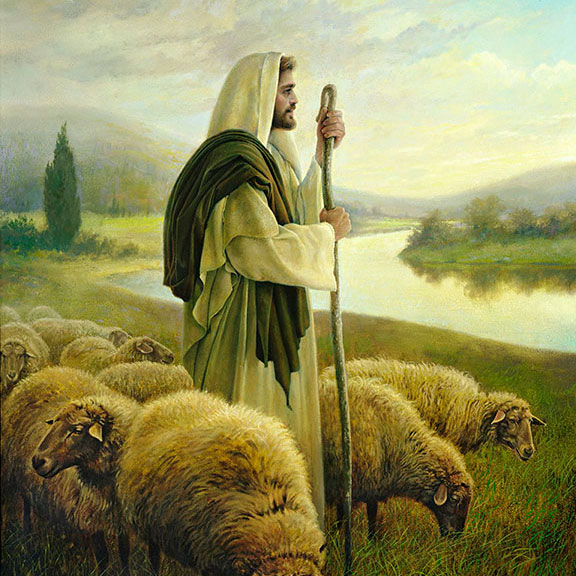 The Good Shepherd by Greg Olsen

According to Mann, the ancient idea behind this comment by Jesus likely comes from the Old Testament, specifically the Psalms.3 This would explain why it appears in both the New Testament and the Book of Mormon. Psalm 118:1, a well-known verse, declares, “O give thanks unto the Lord; for he is good: because his mercy endureth for ever.” This Psalm declared God as being ultimately good, because his mercy endures forever. 1 Chronicles 16:34 and 2 Chronicles 5:13 say almost exactly the same thing.4 This suggests that the idea that God is the being most worthy of being described as good extends into Old Testament times.

Moroni appears to have drawn this belief directly from the Psalms in his discussion of goodness. He stated that “if the day cometh that the power and gifts of God shall be done away among you, it shall be because of unbelief. And wo be unto the children of men if this be the case; for there shall be none that doeth good among you, no not one” (Moroni 10:24–25, emphasis added).

This likely alludes to words and sentiments expressed in Psalms 53:3: “Every one of them is gone back: they are altogether become filthy; there is none that doeth good, no, not one.”5 However, Moroni—much like Christ—forcefully increased the connection between good and God. He clarified that people are enabled to do good only through the “power and gifts of God” (Moroni 10:24). 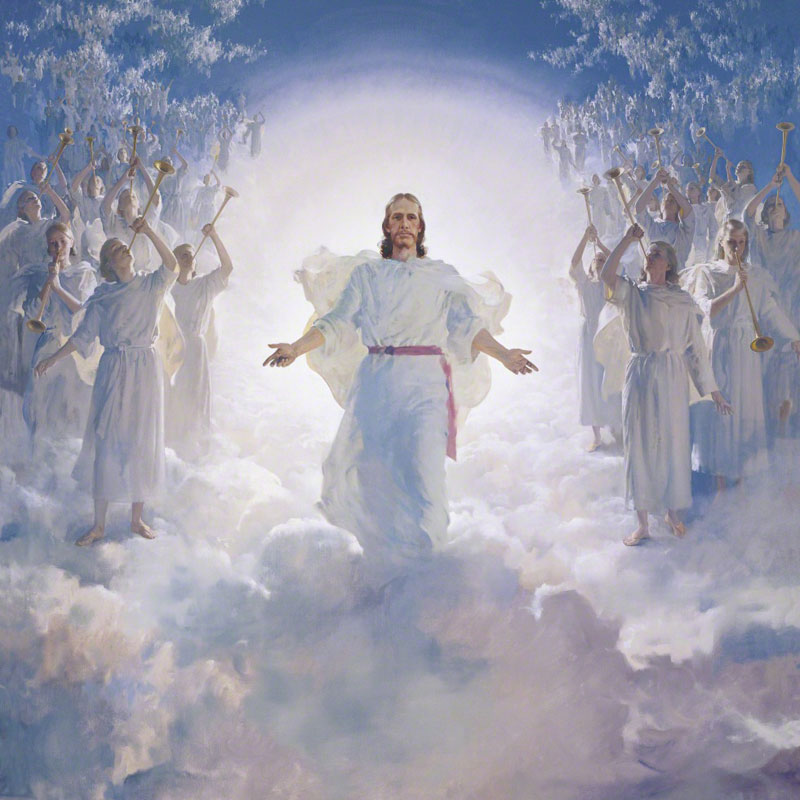 The Second Coming by Harry Anderson

Much has been said in all cultures about the importance of being a “good person,” and most people try to be good on some basic level. However, the Book of Mormon calls all people to a higher plane. In a very real sense, being a good person is also being a godly person. Such a person will humbly acknowledge that God possesses “infinite goodness and grace” (Moroni 8:3). Those who have faith in God will “cleave unto every good thing” (Moroni 7:28) and will then become more like Him, through his love and goodness. Enabling this, our ultimate goal, is His work, glory, and purpose.

Because true goodness comes from God, it is logically and practically impossible for any person to become “good” without the help of Christ. Mormon’s polarized and war-torn struggles reinforced the veracity that “all things which are good cometh of Christ; otherwise men were fallen, and there could no good thing come unto them” (Moroni 7:24), that in Christ  comes “every good thing” (v. 22), and that through Him we can “lay hold on every good thing” (v. 21). Seeing beyond the darkness of his bedeviled people, Mormon adamantly affirmed that in doing this, all can truly become a “child of Christ” (v. 19). Ultimately, “every thing which inviteth to do good, and to persuade to believe in Christ, is sent forth by the power and gift of Christ; wherefore ye may know with a perfect knowledge it is of God” (v. 16).

As Jesus Christ himself spoke to Moroni, “good cometh of none save it be of me” (Ether 4:8, 12). Thus we see that being a good person necessarily involves reflecting the light of Christ, listening to the promptings of the Holy Ghost, who bears witness of Christ, patterning our lives after Jesus Christ, and loving God the Father as fully as possible with all of our might, mind, heart, and strength. As we follow the “good shepherd” (Helaman 7:18), we will become more than simply “good people” in the worldly or ethical sense. We will become more like God, who is the author of all that is truly good.6