What Does an Ancient Book About Enoch Have to Do With Lehi’s Dream? 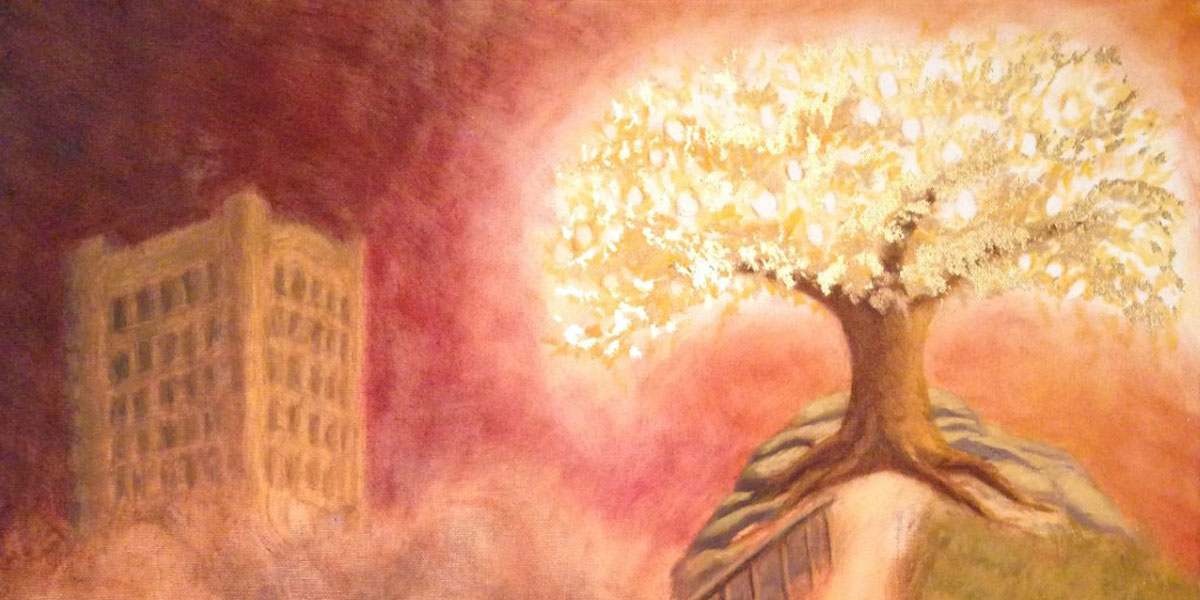 Tree of Life by Krista Maureen Jones
“And the angel spake unto me, saying: Behold the fountain of filthy water which thy father saw; yea, even the river of which he spake; and the depths thereof are the depths of hell. And the mists of darkness are the temptations of the devil.”

Among latter-day saints, Enoch is a beloved ancient prophet about whom much is known, thanks to the Pearl of Great Price.1 Ancient Jews and Christians were also fascinated by Enoch, and attributed some of their writings to him.2 One of these works, known as the Slavonic Apocalypse of Enoch or 2 Enoch, was discovered near the end of the 19th century in Russia, written in a language called Slavonic,3 with a Coptic (Egyptian) version being discovered more recently.4

Much of it was probably originally written in a Semitic language like Hebrew, translated into Greek, and then translated again into Slavonic and Coptic.5

It was likely written by a Jewish group before the time of Christ and seems to quote earlier material. Intriguingly, some of the material it appears to be quoting from is similar to material that is also used in the Book of Mormon. 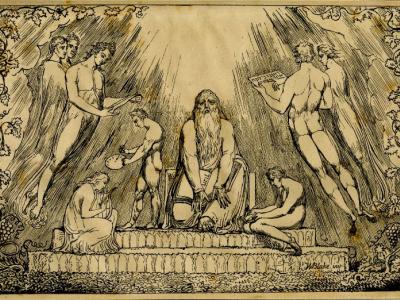 The Vision of Enoch by William Blake

One of the best examples of material like this is found in 2 Enoch 10 when two men showed Enoch what Hell is like. Enoch described it as a place of “darkness and gloom” with “a river of fire that comes out over the whole place.”6The word translated as “gloom” can also be translated as “fog” or “mist.”7 So, in this text, heavenly beings showed Enoch both a mist of darkness and a flaming river in connection to hell.

In 1 Nephi 12:16–17, an angel showed Nephi the same things. Nephi saw “the fountain of filthy water” that his father saw, “yea, even the river of which he spake; and the depths thereof are the depths of hell.” 1 Nephi 15:30 states that this river was “like unto the brightness of a flaming fire.8 Immediately after showing Nephi the fountain of filthy water, the angel showed him “the mists of darkness” (1 Nephi 12:17). Thus, mists of darkness and a flaming river are connected together in a description of hell, just as in 2 Enoch. 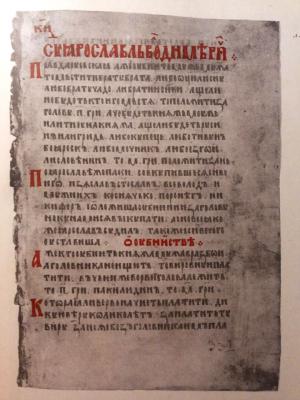 Slavonic manuscript with the Book of Enoch

The close similarities between these accounts suggest a few things. The first is that Lehi and Nephi may have written about their visions in the same way that other ancient authors did, such as the author of 2 Enoch. However, it also suggests the possibility that Nephi alluded to some material from the plates of brass to help describe his father’s account of the vision, and that this same material was also alluded to later in 2 Enoch.9

When 1 Nephi 12 and 2 Enoch 10 are read together, they help to explain how we can avoid the mists of darkness that would lead us into the power of Satan, symbolized by the river of fire. In 2 Enoch 10, the angels tell Enoch that he must avoid certain sins in order to stay out of the place of torment they have shown him.10 In a list reminiscent of 2 Nephi 9:30–38, the angels tell Enoch to avoid immorality, stealing, lying, envy, spreading rumors, getting angry, murder, abusing the poor, and idolatry.11

The Tree of Life by Greg Olsen

It may have been commandments like this that Nephi had in mind when he told his brothers that the iron rod “was the word of God; and whoso would hearken unto the word of God, and would hold fast unto it, they would never perish; neither could the temptations and the fiery darts of the adversary overpower them unto blindness, to lead them away to destruction” (1 Nephi 15:24).12 If we will hearken to the commandments in the list contained in 2 Enoch, among other things, we will be more readily able to avoid the mists of darkness that might lead us astray in life.

Susan Easton Black put it this way: “The mist of darkness is the temptations of Satan. These temptations include sin, vice, prideful exaltation of the human mind, and harmful pleasures.”13 Ultimately, for all of us, “These satanic devices blur the perspective ability of the traveler. They dull his sense of human dignity, erode integrity, and obscure the vision of the rod.”14 If we will hearken to what the scriptures teach us, and make the teachings of the scriptures a part of our daily lives, we can navigate the mists of darkness that surround us and return to the presence of God.