Book of Mormon Central / KnoWhys
What Do the Jaredites Have to Do With the Reign of the Judges? 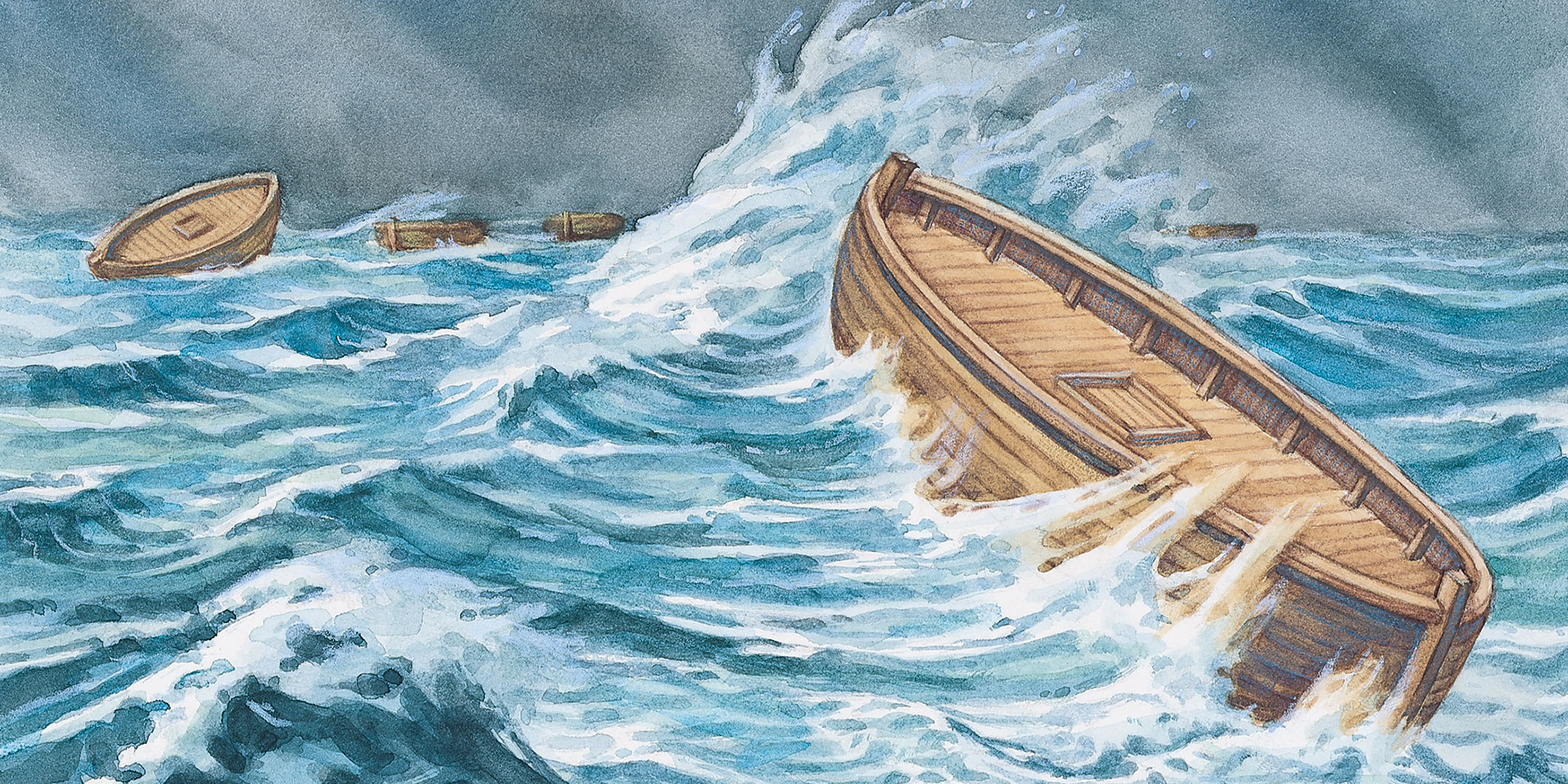 Painting of Jaredite barges by Robert T. Barrett. Image via lds.org.
“Now after Mosiah had finished translating these records, behold, it gave an account of the people who were destroyed”

When the sons of Mosiah left on their mission to the Lamanites, it caused a succession crisis for Mosiah (Mosiah 28:1–10). His solution was to discontinue the royal office and transform the Nephite government into a system of judges (Mosiah 29). Between this solution and the description of the problem (Mosiah 28:10), Mormon digressed to explain that before giving up the throne, Mosiah took all the records in his possession and gave them to Alma, son of Alma (Mosiah 28:11–20).

Mormon went out of his way to let the reader know that, before handing over the records, Mosiah translated “the plates of gold found by the people of Limhi,” which are the original source for the book of Ether (Mosiah 28:11; Ether 1:2). While the reader of the book of Mosiah has not yet encountered the Jaredite history, Mosiah as translator, and Mormon and Moroni as abridgers and record keepers, knew this tragic epic all too well.

Right after mentioning the twenty-four plates of gold, Mormon explained Mosiah’s solution to his succession crisis. Mosiah gave a number of justifications for eliminating kingship altogether, yet it has been observed that “most of the reasons Mosiah gave his people had no precedents in Nephite history.”1 John A. Tvedtnes proposed that these reasons were “prompted by Mosiah’s knowledge of the Jaredite history that he had recently translated.”2 Tvedtnes gave several insightful examples. 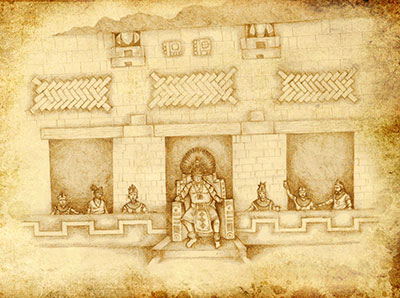 For instance, Mosiah expressed the fear that should he confer the kingdom onto someone besides his heir, “my son, to whom the kingdom doth belong, should turn to be angry and draw away a part of this people after him,” leading to the “shedding much blood and perverting the way of the Lord, yea, and destroy the souls of many people” (Mosiah 29:7). This kind of scenario played itself out several times in the Jaredite record.3

Mosiah also appealed to the damage that a wicked king can do (Mosiah 29:16–17). While King Noah served as a prime example of this in recent Nephite memory (Mosiah 29:18–19), “this is also a common theme in the book of Ether.”4 The Brother of Jared warned the early Jaredites that kingship would lead to captivity (Ether 6:22–23), and this is borne out in several stories in Ether.5

Mosiah made a clear allusion to the Jaredite saga when warning his people of their fate, should the “voice of the people” choose iniquity: “then is the time he will visit you with great destruction even as he has hitherto visited this land” (Mosiah 29:27, emphasis added). This could only allude to the Jaredites, whom “the Spirit of the Lord had ceased striving with,” and thus, “Satan had full power over the[ir] hearts” so they were “destroyed” (Ether 15:19).

It seems that several factors had come together to impress upon Mosiah’s mind the need to abolish the monarchy. Most pressingly, his sons were not available to take the throne (Mosiah 28:10), but other factors included the increasingly cosmopolitan nature of Zarahemla, pressure from Mulekite groups who felt kingship was their right, and the recent experience of some Nephites under King Noah’s regime.6 Perhaps most poignant, though, was his recent translation of the Jaredite record.

The Jardite record had come into the hands of Mosiah and had been translated by the power of God. He couldn’t ignore its messages and applications to his own situation. This stunning record, like a message from heaven, likely caused him to rethink his plans. Because the Jaredite legacy offered strong warnings against the abuses of kingship and power, Mosiah was influenced not to give the throne to someone other than his heir apparent. Knowing how the Jaredites had turned away from God as their heavenly king also influenced Mosiah to stress the accountability of all people to answer equally and individually to God for their sins (Mosiah 29:38). 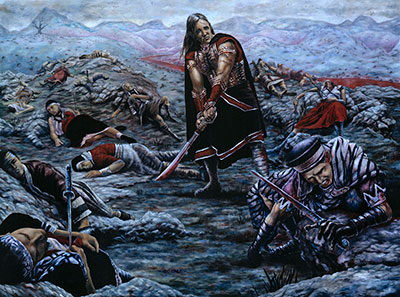 Why might the inclusion of influence of the Jaredite material on Mosiah be arresting for skeptics today? “Joseph Smith did not dictate the story of the Jaredites until long after he dictated the book of Mosiah,” Tvedtnes reasoned, “so during that earlier effort he could not have known the historical details of Jaredite kingship.” Tvedtnes concluded, “That these two widely separated records agree in such details evidences the authenticity of the account of Mosiah’s having translated the book of Ether and becoming acquainted with its contents. It also is further evidence of the internal consistency of the Book of Mormon.”

It is hard to imagine Joseph Smith drawing on the specific details and final outcome of the Jaredite story he would not compose until later on.7 For Mosiah, with access to actual historical records, however, this is not a problem. As Tvedtnes pointed out, the subtle ways Mosiah appears to be drawing on Jaredite precedent illustrates the consistency and complexity of the Book of Mormon. Yet there is insight here beyond the role of affirming evidence. These connections also explain why Mormon interrupts the narrative about the succession crisis to relate the translation of the Jaredite record. 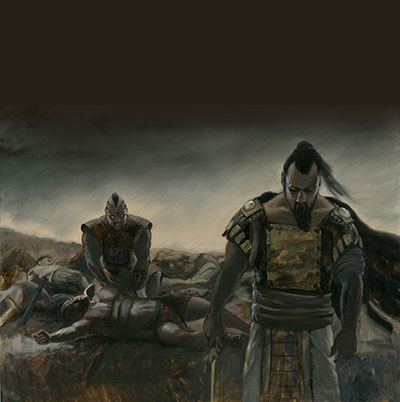 Why might Mormon have wanted his readers to know this? Recognition of these factors adds rhetorical weight to Mosiah’s warning, one that Mormon himself saw eventually go into fulfillment:

And if the time comes that the voice of the people doth choose iniquity, then is the time that the judgments of God will come upon you; yea, then is the time he will visit you with great destruction even as he has hitherto visited this land. (Mosiah 29:27)

Seeing the historical grounding of this cautionary counsel makes Mosiah’s warning all the more potent as a forewarning to readers in the latter days. This was no idle threat, nor was it merely hyperbole in a war of competing ideologies. It was based on the outcome of real historical events Mosiah had become familiar with while translating the Jaredite record. As such, it stands as a witness and warning to modern readers, underscoring the importance of collectively making righteous choices as a society.