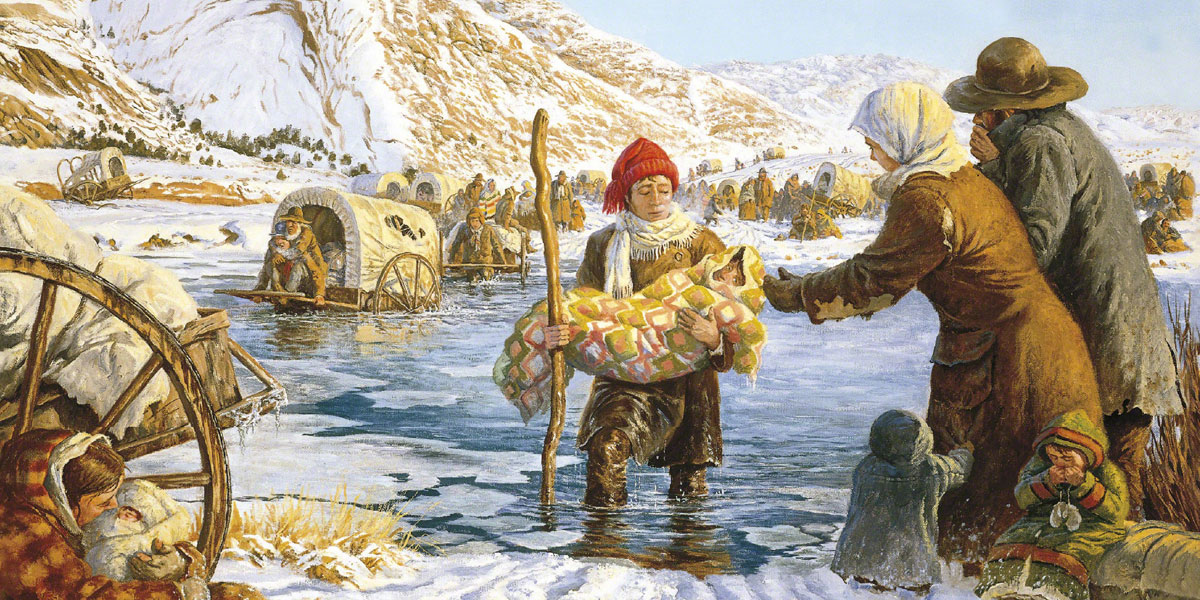 Helping the Martin Handcart Company across the Sweetwater River, by Clark Kelley Price via lds.org
“But behold, the righteous that hearken unto the words of the prophets, and destroy them not, but look forward unto Christ with steadfastness for the signs which are given, notwithstanding all persecution—behold, they are they which shall not perish.”

The Church of Jesus Christ of Latter-day Saints endured much persecution in its early years. In 1838, Governor Lilburn W. Boggs of Missouri issued an order that “the Mormons must be treated as enemies and must be exterminated or driven from the state.”1 Soon afterwards, at Haun’s Mill, 17 Mormon men and boys were killed by a large mob, and Joseph and Hyrum Smith were arrested on false charges. While they were imprisoned, the Saints were forced to leave Missouri and go to Illinois, where they would have to start over again to build up their community.

When Joseph Smith cried to the Lord for mercy and relief, the Lord comforted him, saying, “My son, peace be unto thy soul; thine adversity and thine afflictions shall be but a small moment; And then, if thou endure it well, God shall exalt thee on high; thou shalt triumph over all thy foes” (Doctrine and Covenants 121:7–8).

One of the best examples of enduring persecution in the Book of Mormon is the story of the people of Alma, when the wicked priest Amulon “began to persecute” them, “and cause that his children should persecute their children” (Mosiah 24:8). The afflictions that Alma and his people suffered became so great “that they began to cry mightily to God” (Mosiah 24:10). God comforted them not by taking away their burdens at that time, but by making them light and easy to bear. He did so “that ye may stand as witnesses for me hereafter, and that ye may know of a surety that I, the Lord God, do visit my people in their afflictions” (Mosiah 24:14). 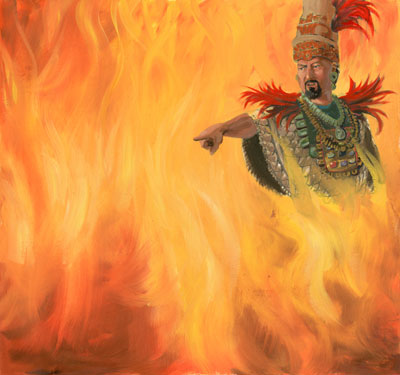 Painting of Amulon by James Fullmer

Concerning this story, Mormon explained that “the Lord seeth fit to chasten his people; yea, he trieth their patience and their faith.” Although the Lord will allow his people to go through difficult times, “whosoever putteth his trust in him the same shall be lifted up at the last day” (Mosiah 23:21–22). The righteous people of Alma were brought into bondage “and none could deliver them but the Lord their God” (Mosiah 23:23). Yet the Lord only delivered them at the time of His choosing, which was after the trial of their faith.

In the next generation, the people of the Church began to be persecuted by the followers of the apostate preacher Nehor. The record states that they were persecuted “because of their humility … because they did impart the word of God, one with another, without money and without price” (Alma 1:20).

This persecution began to be “a great trial,” but the members of the Church were able to endure it because “they were steadfast and immovable in keeping the commandments of God, and they bore with patience the persecution which was heaped upon them” (Alma 1:25). The people took time to “hear the word of God” (Alma 1:26), shared their substance with those in need, and persevered in humility (v. 27). Doing so, “they began to have continual peace again, notwithstanding all their persecutions” (v. 28).

The Lord blessed the faithful believers in Zarahemla because of their humility and charity, despite all they were going through, and they prospered and became wealthy. Although the gaining of riches often led, in other places in the Book of Mormon, to pride, dissension and persecution from within the Church itself,3 this did not happen in this case.

The reason they were able to remain faithful and have peace through times of both trial and prosperity was because “they did not send away” the poor and needy,  “and they did not set their hearts upon riches,” but instead “they were liberal to all … having no respect to persons as to those who stood in need” (Alma 1:30). 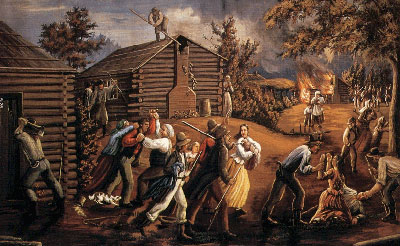 Although the early Latter-day Saints endured many tribulations and persecutions that were seemingly unbearable, they knew that the Lord was with them and had faith that He would help them bear those burdens. This faith was inspired by the revelations that the Lord was giving to their beloved prophet, Joseph Smith, and also by examples set in the Book of Mormon.

The Book of Mormon would have given the early Church many examples of people who were persecuted because of their beliefs, and how they were able to endure in faith and find relief. They would have learned that although pride and disobedience often brought on persecution, humility and obedience would bring down the powers of heaven on their behalf.

Beyond having great examples of how to persevere in faith, the early Saints possessed, in the Book of Mormon, more of the word of God. As Nephi learned in his vision of the Tree of Life, one of the best ways to remain safe and secure through persecution is by holding fast to the rod of iron, or the word of God. This lesson is repeated elsewhere in the Book of Mormon (see Helaman 3:29–30).

The Book of Mormon teaches that it is in these hours of trial and adversity that the people of God learn to hear His voice and turn to Him. They learn to love Him and His word. Elder James E. Faust counseled:

In the pain, the agony, and the heroic endeavors of life, we pass through a refiner’s fire, and the insignificant and the unimportant in our lives can melt away like dross and make our faith bright, intact, and strong. … It is part of the purging toll exacted of some to become acquainted with God. In the agonies of life, we seem to listen better to the faint, godly whisperings of the Divine Shepherd.4