Book of Mormon Central / KnoWhys
What Can We Learn From Abish’s Member-missionary Work? 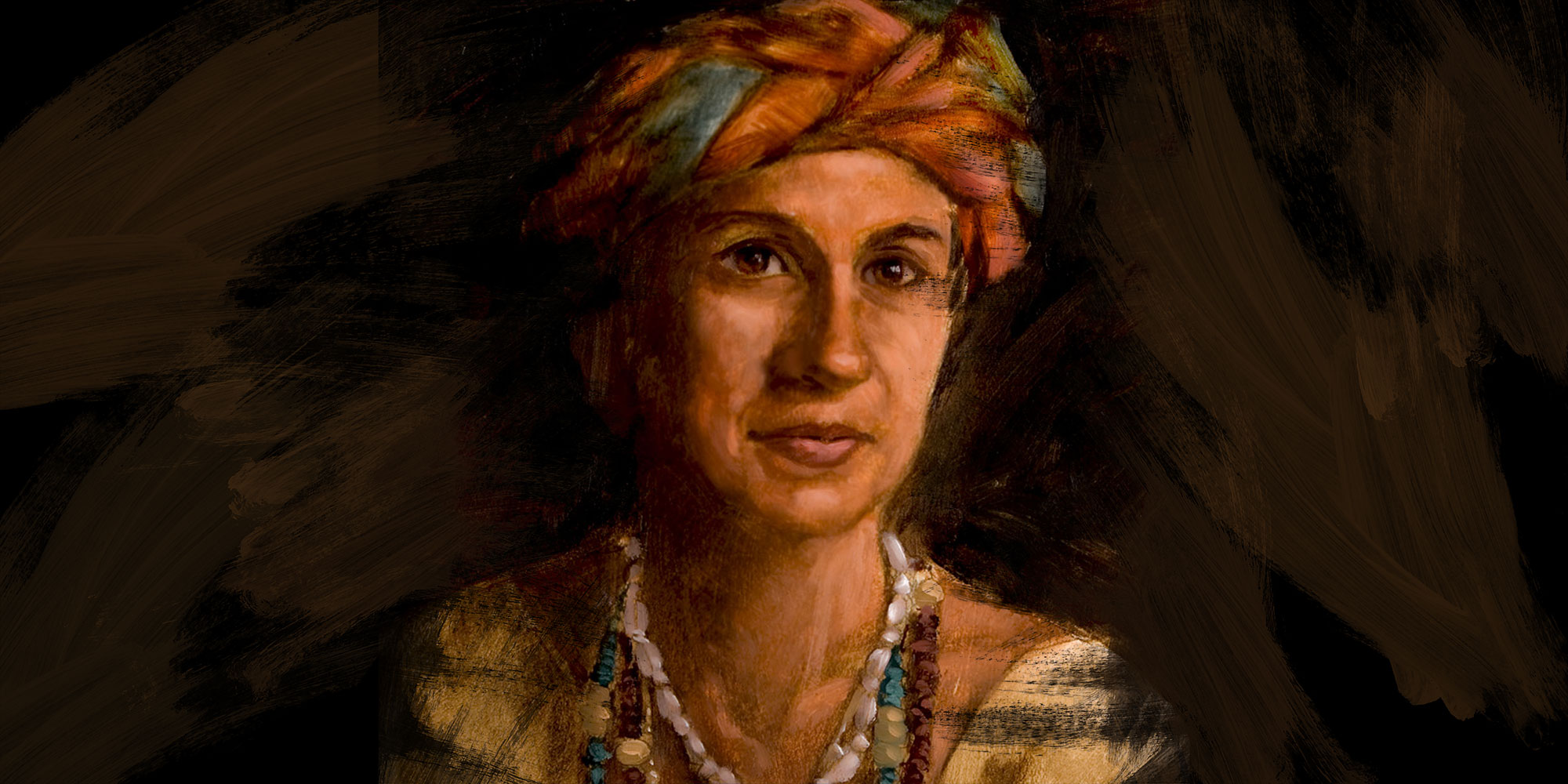 Abish by James Fullmer
“Thus, having been converted to the Lord ... therefore, when she saw that all the servants of Lamoni had fallen to the earth, and also her mistress, the queen, and the king, and Ammon lay prostrate upon the earth, she knew that it was the power of God; and supposing that this opportunity, by making known unto the people what had happened among them, that by beholding this scene it would cause them to believe in the power of God, therefore she ran forth from house to house, making it known unto the people.”

During Ammon’s mission to the Lamanites, he had the opportunity to teach King Lamoni (Alma 18:39) and his queen (Alma 19:8). At one point during this conversion process, the king, queen, and Ammon himself all fell down as though they were dead (v. 14). The servants of the king all fell to the earth as well, leaving only Abish, who had already been converted to the Lord (v. 16).3

Abish then made an assumption that we might not make today, but that would have made sense in pre-Columbian America.4 “When she saw that all the servants of Lamoni had fallen to the earth, and also her mistress, the queen, and the king, and Ammon lay prostrate upon the earth, she knew that it was the power of God” (Alma 19:17).

In ancient America, it was believed that holy men and women (called shamans) would often fall to the earth as if they were dead when they were communicating with divine beings.5 Apparently, Abish understood that this was what was happening to Lamoni and the rest of the royal court.6 She then thought that “by making known unto the people what had happened among them, that by beholding this scene it would cause them to believe in the power of God, therefore she ran forth from house to house, making it known unto the people” (Alma 19:17). In other words, Abish seems to have thought that everyone else would also instantly see that royal family and their servants were experiencing a shamanic vision if they could only see them.7 So she went from house to house, telling everyone to come and see what was happening.

Unfortunately, when all the people came together, they did not understand what was happening. They simply saw that the king and queen looked like they were dead, and assumed that the royal family was being punished for something they had done (Alma 19:19). While they were arguing about what exactly they were being punished for, Abish came back in and saw everyone fighting (v. 28). Understandably upset, she may have then tried to prove to everyone that the royal family was not actually dead, but was having an experience with the divine.8

Abish seems to have known that if she could only get the queen of the Lamanites to wake up, the queen would tell everyone what she had learned from the divine being, prompting everyone that saw it to believe in God.9 So she took the queen by the hand and raised her up, and the queen testified of her miraculous experience with God (Alma 19:29).10 The queen then raised up her husband, and many of the Lamanites were converted because of this event (vv. 30–31).

In many ways, Abish provides an excellent example of how we can all be member missionaries today. Abish probably didn’t wake up one morning and decide she was going to be instrumental in converting a huge portion of the Lamanite nation that day. In fact, she apparently had not even told anyone about her conversion before that point (Alma 19:17). However, when the royal family fell down as if they were dead, she saw it as an ideal opportunity to teach everyone about the gospel by simply gathering them together. She was in the right place at the right time, and took an opportunity when she saw it.

She was also willing to take the initiative to try to fix things when they did not go exactly as planned. When the people misunderstood what they saw, she took a leap of faith and went over to raise up the queen so the people would understand what had taken place. Abish was apparently the only person who had not fallen, and if she had not gathered everyone together, most people might have missed what was going on.11 If she had kept her mouth shut and not acted courageously, this key event in the conversion of the Lamanites might never have happened.

This can be a reminder to all of us that we should always be ready to take advantage of missionary opportunities when we see them, and to not give up when our efforts do not work out quite the way we had planned. We can allow the example of Abish to inspire us and help us in our daily efforts to bring others to Christ.