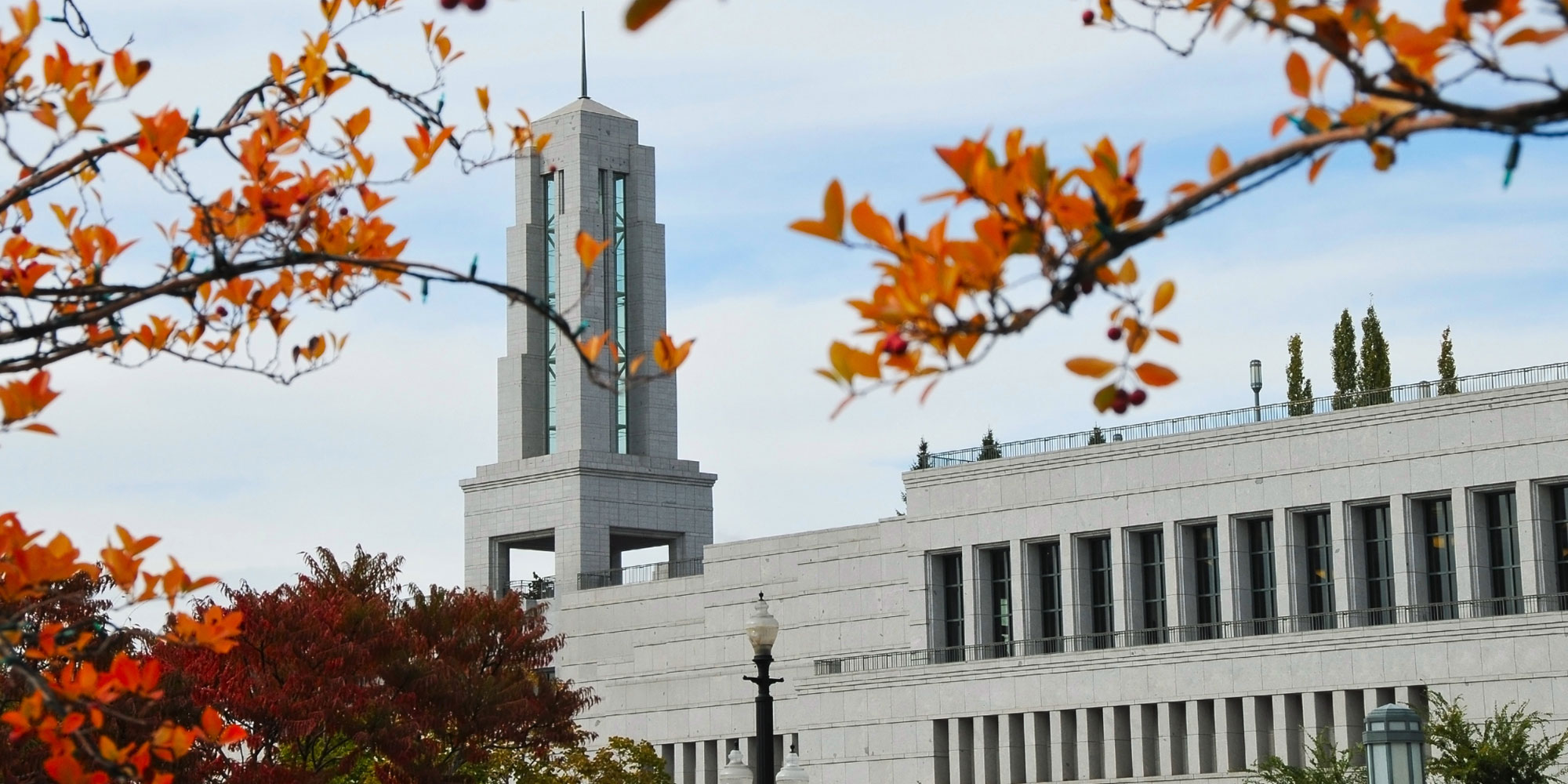 Image via lds.org
“And now it came to pass that there were a great multitude gathered together, of the people of Nephi, round about the temple which was in the land Bountiful”

Only two months after the Church was restored on April 6, 1830, the first general conference was held on June 9, 1830, at the Peter Whitmer home in Fayette, New York. In the following years, general conferences were held periodically until the Nauvoo era, when they began to be held consistently twice a year, in April and October. Since that time, the semi-annual General Conferences of the Church have grown into international events where millions tune in to hear the words of living prophets and apostles.1

For a number of religious denominations in America, regular conferences played a significant part of nineteenth-century worship and administrative practices. One such conference likely even contributed to the “unusual excitement” which prompted young Joseph to ask God which church was true (Joseph Smith—History 1:5).2 While this background surely influenced early Latter-day Saint conferences, Joseph and other early leaders may have been inspired by more ancient precedents as well. 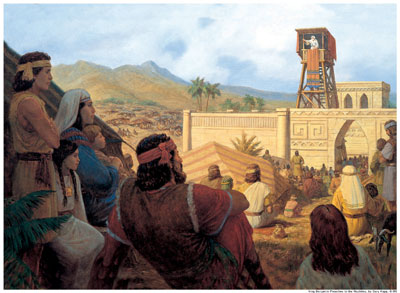 The Book of Mormon records many instances where all the people were gathered together to hear the counsel of prophets and inspired leaders. At Nephi’s request, Jacob preached to the “people of Nephi,” most likely while they were gathered together at the newly built temple (2 Nephi 6–10), a tradition Jacob continued after Nephi’s death (Jacob 2–3).

King Benjamin had the people “gathered together” at the temple, where he taught them important gospel principles, shared new revelation, and placed them under covenant (Mosiah 1–5). Later, when the people of Alma and Limhi joined with the Nephites in Zarahemla, Mosiah “caused that all the people should be gathered together,” and they read records together, “thought of the immediate goodness of God,” and “did raise their voices and give thanks to God” (Mosiah 25:1, 9).

Alma appears to have hosted conference-like gatherings at Zarahemla and Gideon (Alma 5–7). Shortly before the Lord appeared to the Nephites, “a great multitude gathered together” in what Clifford P. Jones has argued was “a multitude that purposefully gathered to the temple for a spiritual purpose.”3 Whatever the original purpose was, it quickly became a spiritual gathering as the crowd witnessed the majesty of the risen Lord descending from heaven (3 Nephi 11:3–12). From that point, leaders were called and set apart, ordinances were administered, and spiritual instruction was given over the course of several days (3 Nephi 11–26).

The Book of Mormon tradition of gathering together to perform religious rituals, to receive counsel and instruction, to make covenants, and to learn new revelation appears to be tied back to the ancient Israelite festival tradition. Under the laws in Exodus, it was required in Israel that “three times in the year all thy males shall appear before the Lord,” connected with the three times in the year that the holy festivals of unleavened bread (Passover), first fruits (Pentecost), and ingathering (around the Feast of Tabernacles) were celebrated (Exodus 23:14–17).

Especially at the Feast of Tabernacles at the end of every seventh year, all Israelites were to appear before the Lord to hear the law read “in their hearing.” Moses instructed:

Gather the people together, men, and women, and children, and thy stranger that is within thy gates, that they may hear, and that they may learn, and fear the Lord your God, and observe to do all the words of this law (Deuteronomy 31:10–12).

In the Book of Mormon, Jacob and Benjamin appear to have preached during a gathering during the autumn festival season,4 Abinadi seems to have prophesied to a crowd in the city of Nephi during Pentecost,5 and Alma apparently taught and counseled his sons during Passover.6

As Latter-day Saints gather together every spring and fall from around the world to hear the inspired teachings of the prophets, apostles, and other leaders, they are following sacred scriptural practices clearly found in the Bible, the Book of Mormon, and the Doctrine and Covenants. Elder Robert D. Hales taught, “Conferences have always been part of the true Church of Jesus Christ.”7 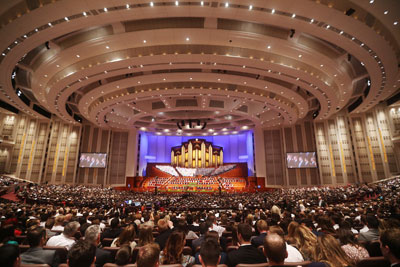 Following the teachings and leadership of King Benjamin, Latter-day Saints use conference weekend as an opportunity to remember and reflect, recommit to covenants, spend time with family, and serve others. Following Alma’s example, it can make available good moments for parents to counsel with their children and for fathers to give priesthood blessings.

Above all, it is a consecrated time to hear the word of the Lord from his chosen servants, to thoughtfully consider how to apply their counsel in one’s life, and move forward with a resolved determination to live the gospel of Jesus Christ more perfectly. Elder Hales taught, “The greatest blessings of general conference come to us after the conference is over,” because after “we gather to hear the words of the Lord … we return to our homes to live them.”8

“Oh, how we need general conference!” exclaimed Elder Hales. “Through conferences our faith is fortified and our testimonies deepened.”9 This weekend, God’s children across the world will once again have the long-standing opportunity to hear the voices of prophets, apostles, and other inspired leaders, thereby having their faith fortified, devotion deepened, and testimonies renewed.