How Were Jonah and the Brother of Jared Able to Find Comfort? 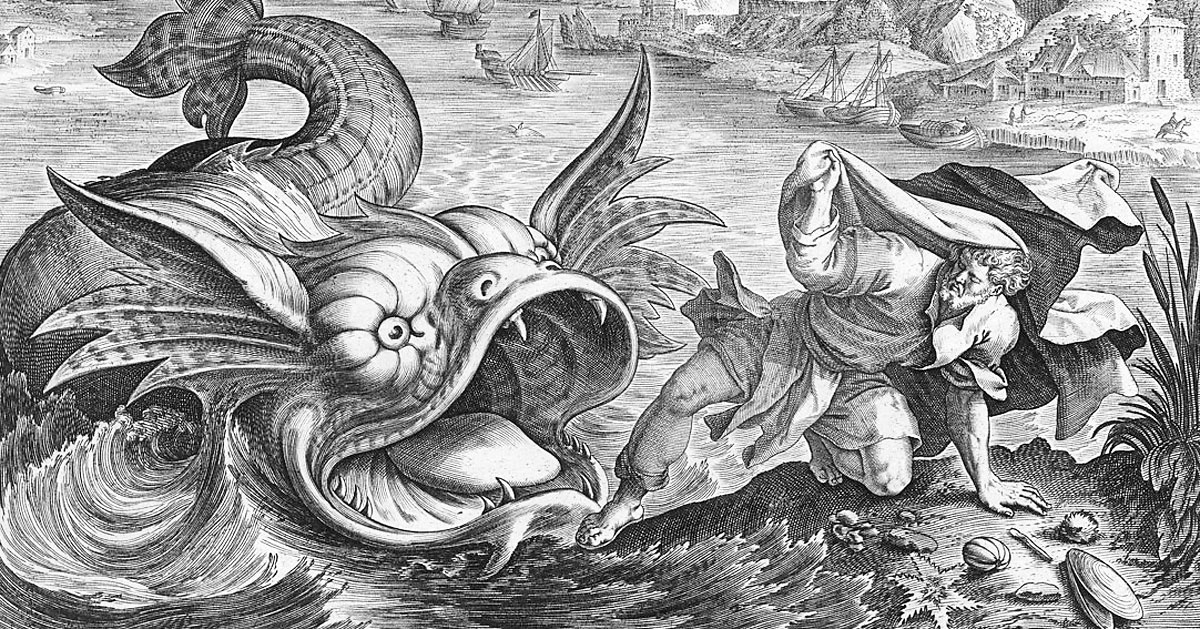 “Jonah Cast on Shore by the Fish” by Antonius Wierix II via The Met Collection
“Now behold, O Lord, and do not be angry with thy servant because of his weakness before thee; for we know that thou art holy and dwellest in the heavens, and that we are unworthy before thee; because of the fall our natures have become evil continually; nevertheless, O Lord, thou hast given us a commandment that we must call upon thee that from thee we may receive according to our desires.”

Ether 3 contains the prayer of the Brother of Jared in which he asks the Lord to help him provide light inside their barges so that his people will not have to cross the oceans in darkness. The first verse of this prayer is remarkably similar to Jonah 2, and this verse may have been modeled after the Psalm contained in the chapter.

Ether 3:1–2 describes what the Brother of Jared said to the Lord when bringing the 16 stones to Him. The beginning of his prayer is like the prayer of Jonah in Jonah 2:2–10, as laid out in the chart below:

There are a number of similarities between the passages:

Both Ether 3 and Jonah 2 begin by stating that the person “cried unto the Lord.” Jonah and the Brother of Jared were each in a difficult position in these verses and were “crying to the Lord” for help.

Both people discuss being surrounded by the deep waters and being “encompassed” / “compassed” by “floods,” to use their words.

Both characters are depicted expressing concern over their relationship with God. The Brother of Jared asked that God, “not be angry with thy servant because of his weakness before thee” and Jonah expressed concern that he was “cast out of (God’s) sight,” presumably because God was angry with him.

Both books then discuss the dwelling-place of the deity. Ether 3 states, “for we know that thou art holy and dwellest in the heavens,” while Jonah 2 states, “I will look again toward thy holy temple."1

Both Jonah and Ether then discuss being cut off from Gods’ presence and our need for deliverance, although this connection is less obvious at first. Ether 3 states, “we are unworthy before thee; because of the fall our natures have become evil continually.” Jonah 2, on the other hand, states that “the waters compassed me about, even to the soul: the depth closed me round about, the weeds were wrapped about my head. I went down to the bottoms of the mountains; the earth with her bars was about me for ever.”

Both Jonah and Ether then talk about calling upon God. Ether 3 states, “nevertheless, O Lord, thou hast given us a commandment that we must call upon thee,” and Jonah 2 states that “when my soul fainted within me ... my prayer came in unto thee, into thine holy temple.”

Finally, Ether asserts that, “from thee we may receive according to our desires,” while Jonah states that people will give offerings to the Lord, thanking Him for all He has done, the appropriate response after receiving blessings from the Lord.

Noticing more clearly the linguistic similarities in Ether 3:1–2 and Jonah 2:2-10 can help us understand more deeply the prayers and profound experiences of Jonah and the Brother of Jared.

When the Brother of Jared realized that he was going to be surrounded by difficult challenges, being encompassed by the floods of the ocean as he and his people were about to attempt to cross the sea, he called upon God for help. Although we may not literally be surrounded by the sea, as were Jonah and the Brother of Jared, we may all feel overwhelmed and be called upon to swim in deep waters in our lives in various other ways and will need God’s help.

When we feel distant from God, and feel far from his presence, we can especially turn towards His temple and find healing and relief. Jonah realized that he had wrongly tried to run away from the difficult calling he had received to preach repentance in the powerful, hostile capital city of Ninevah in Assyrian. In his moment of truth, Jonah promised that, if he could somehow be saved, he would return faithfully to the Lord’s temple. The Brother of Jared, likewise, recognized his fallen and evil condition, but had faith that by keeping the Lord’s command he could assuredly receive from the Lord according to his righteous desire.

When any of us are burdened down by the weight of our own inadequacies or mistakes, we can still cry out sincerely to the Lord in faithful prayer and feel the ennobling and restoring power of the Atonement in our lives. Reading these two powerful passages together can help us feel closer to God in our extremity and find peace in times of trouble.

This KnoWhy was made possible by the generous contributions of W. Scott Kjar.