How Was a Void in Leadership Dangerous for the Nephites? 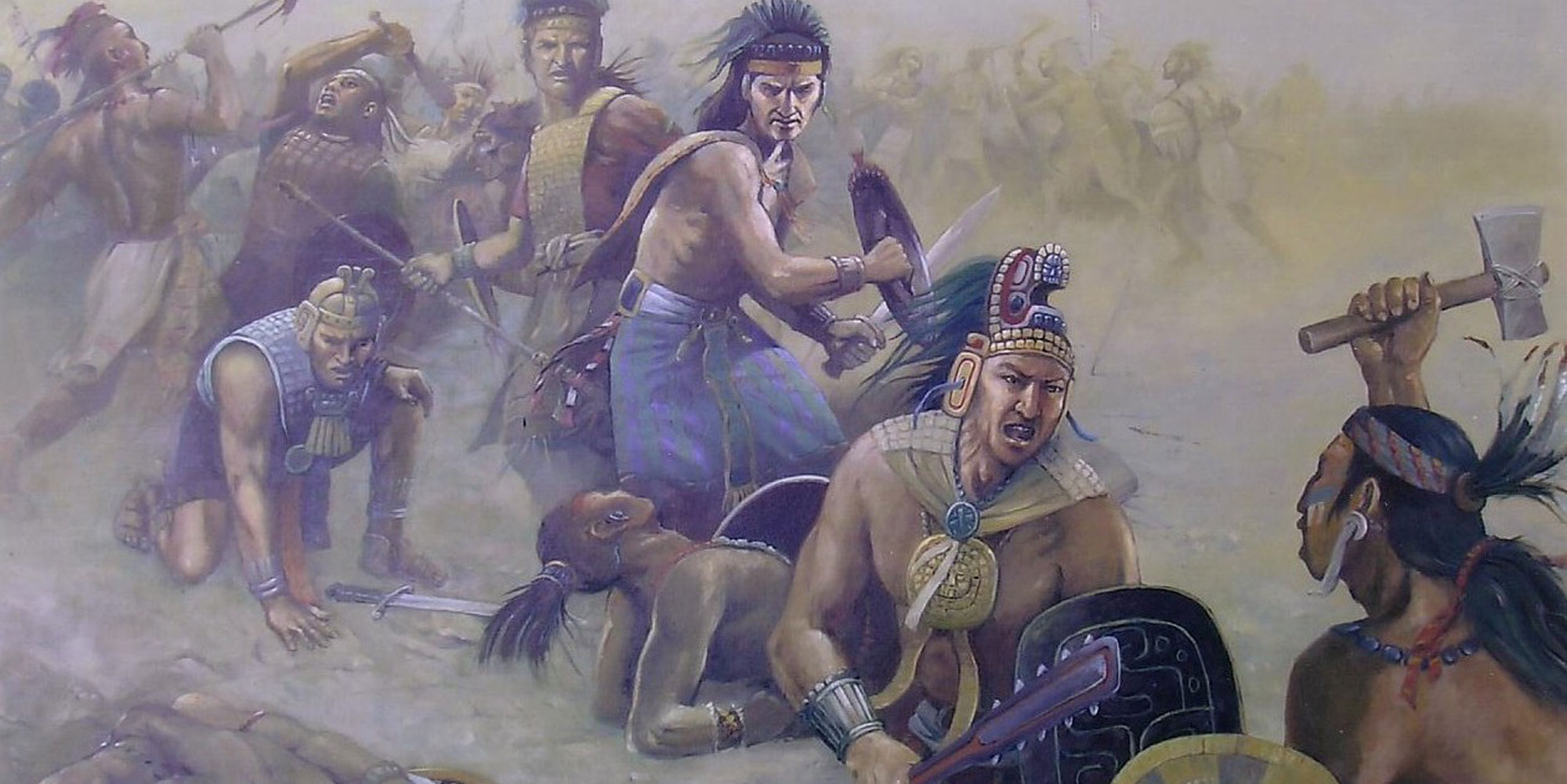 After the successive deaths of the Nephites’ most prominent leaders, their government fell and war broke out again. Image by Joge Cocco
"Therefore there began to be a serious contention concerning who should have the judgment-seat among the brethren, who were the sons of Pahoran."

At the “commencement of the fortieth year of the reign of the judges,” Mormon ominously reported that “there began to be a serious difficulty among the people of the Nephites” (Helaman 1:1). Key leaders such as Helaman (Alma 62:52), Moroni (Alma 63:3), and Shiblon (v. 10) had all recently died.

Because of that void, when Pahoran passed away during the fortieth year of the reign of the judges (Helaman 1:2), at least one cause for their alarm becomes apparent: within five years the Nephites had lost several of their finest and most admirable leaders—men who had been pivotal in holding their nation together during the long defensive military campaign against the Lamanites.

As might be expected, the death of Chief Judge Pahoran caused no small disturbance among the people. The position of chief judge was much more like a king than many readers may realize,1 and when Pahoran died, his three sons—Pahoran, Paanchi, and Pacumeni2—all “did contend for the judgment-seat; therefore, they did cause three divisions among the people” (Helaman 1:4).

This scenario almost precisely matches what King Mosiah feared would happen if he didn’t transform the Nephite monarchy into a system of judges (Mosiah 29:7). Richard L. Bushman, however, has noted that Mosiah’s reforms weren’t altogether successful: “The institution of judgeships, rather than beginning a republican era in Book of Mormon history, slid back at once toward monarchy.”3

On the other hand, Brant A. Gardner has explained that monarchical successions could actually be somewhat beneficial: “An advantage of monarchies in which the dead king has an adult son is the clarity of the process, with the son having a divinely sanctioned mandate to replace the father.”4 Unfortunately, the situation after Pahoran’s death was a full realization of Mosiah’s fears without the advantageous stability that monarchical successions sometimes provide.

Not only was the chief judge’s death a time of transition, but it was the first time that the surviving chief judge had not declared his ruler. … Complicating things even more, the crisis of succession came at a time of increasing internal divisions among the Nephites. Pahoran’s death became a spark that ignited already-smoldering divisions.5 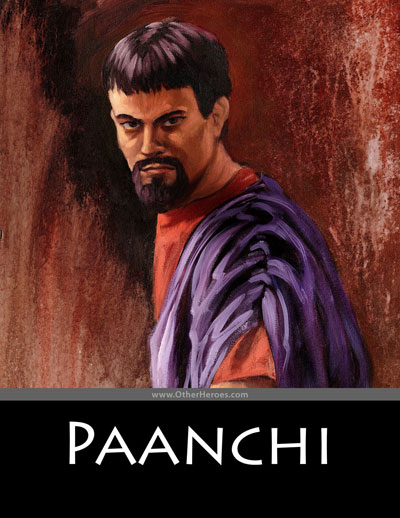 Recognizing that this leadership vacuum presented an opportunity for an insurgency, the secret band of Kishkumen (which soon became the band of Gadianton) began to assert their influence. After Pahoran, the son of Pahoran, was chosen by the voice of the people as chief judge (Helaman 1:7), Paanchi did not accept this decision.

As he was “about to . . . rise up in rebellion,” he was apprehended, convicted of rebellion, and executed (Helaman 1:7-8). Paanchi’s followers then enlisted “one Kishkumen” who “murdered Pahoran as he sat upon the judgment seat” (Helaman 1:9).

Pacumeni was then chosen to fill Pahoran’s place as chief judge, but he was shortly thereafter killed during a Lamanite invasion of Zarahemla (Helaman 1:21). After this, Helaman the son of Helaman was appointed chief judge, and Kishkumen then attempted to assassinate Helaman.6 From this narrative of intrigue and social unrest, we can see that the Gadianton robbers played a crucial role in destabilizing the Nephite government. Gardner concluded,

Above and beyond the simple reporting of history, Mormon is including this event because from it he traces the beginnings of secret combinations in the Nephite society. For Mormon, this covenant among conspirators is more important than the actual murder. Political assassinations will become a defining trait of the Gadianton robbers.7

It is imperative that modern readers of the Book of Mormon recognize how dangerous the Gadianton robbers were to the safety and stability of Nephite society. Mormon wrote, “And behold, in the end of this book ye shall see that this Gadianton did prove the overthrow, yea, almost the entire destruction of the people of Nephi” (Helaman 2:13).8 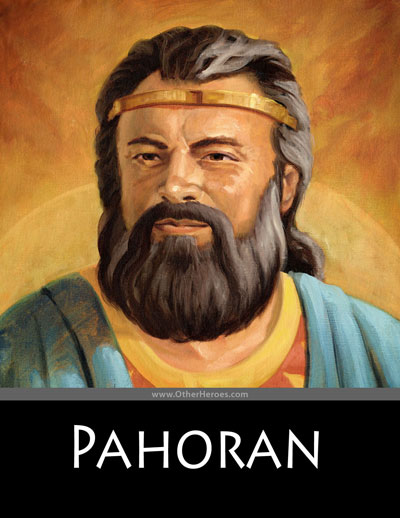 This episode at the beginning of the book of Helaman demonstrates and warns that such secret societies thrive on a society’s internal division and are prone to target key leaders and political figures, especially at times of transition in power or weakness in leadership.

Wherefore, the Lord commandeth you, when ye shall see these things come among you that ye shall awake to a sense of your awful situation … . For it cometh to pass that whoso buildeth it [a secret combination] up seeketh to overthrow the freedom of all lands, nations, and countries; and it bringeth to pass the destruction of all people, for it is built up by the devil, who is the father of all lies. (Ether 8:24–25).9

Thankfully, when it comes to the leadership, governance, and succession in the presidency of His church, the Lord himself has established crucial safeguards and protections. Elder Russell M. Nelson declared,

The calling of 15 men to the holy apostleship provides great protection for us as members of the Church. … The Church today has been organized by the Lord Himself. He has put in place a remarkable system of governance that provides redundancy and backup. That system provides for prophetic leadership even when the inevitable illnesses and incapacities may come with advancing age. Counterbalances and safeguards abound so that no one can ever lead the Church astray.10

Despite the complexities and dangers of the modern world; despite the rise of secret combinations and modern-day Gadianton robbers; despite the vulnerability that nations and their leaders may face in the increasing chaos and turmoil—despite all of these things, those who place faith in Jesus Christ can trust that His established church and His appointed leaders are safeguarding the keys of the kingdom.

As Elder Gary E. Stevenson declared, “Yes, the keys are safely in the possession of prophets, seers, and revelators.”11 This thought should give comfort and solace to all who have faith in Christ, for in these latter days Zion has been established “for a defense, and for a refuge from the storm, and from wrath when it shall be poured out without mixture upon the whole earth” (D&C 115:6).

Richard Dilworth Rust, “‘I Know Your Doing’: The Book of Mormon Speaks to Our Times,” Ensign, December 1988, online at LDS.org.

Hugh Nibley, Lehi in the Desert/The World of the Jaredites/There Were Jaredites, in The Collected Works of Hugh Nibley: Volume 5 (Salt Lake City and Provo, UT: Deseret Book and FARMS, 1988) 253–282.