How the Law of Moses Teaches about the Atonement 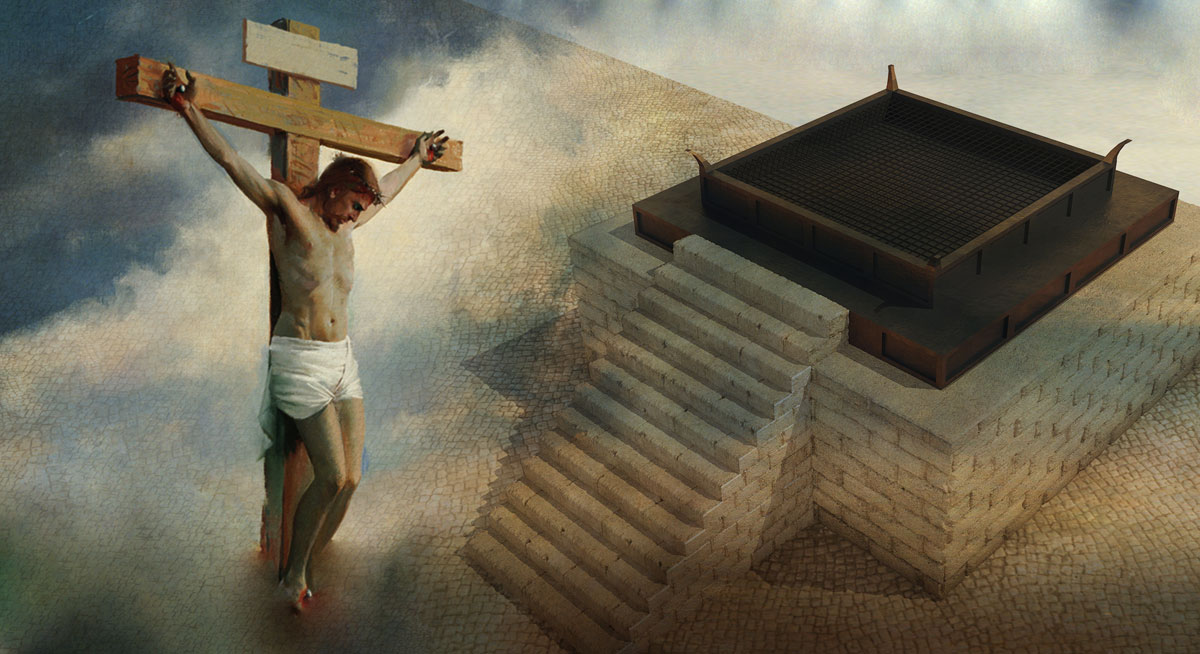 The Law of Moses can seem, at times, to have little relevance to today’s world. Its detailed rules about everything from animal sacrifices (Leviticus 1) to plastering houses (Leviticus 14:42) can seem strange to modern readers. Thankfully, the Book of Mormon provides a solution to this problem: read the Law of Moses with Christ in mind.

Jacob 4:4–5 explains that “for this intent we keep the law of Moses, it pointing our souls to him; and for this cause it is sanctified unto us for righteousness, even as it was accounted unto Abraham in the wilderness to be obedient unto the commands of God in offering up his son Isaac, which is a similitude of God and his Only Begotten Son.”1 Just as the near-sacrifice of Isaac pointed to the sacrifice of the Son of God, Jacob believed that the rest of the Law of Moses also points to the Atonement of Christ.2

The verse Jacob is alluding to here, Moses 5:7, supports this interpretation. In this verse, an angel explained to Adam that animal sacrifices are “a similitude of the sacrifice of the Only Begotten of the Father.” Amulek also testified that “this is the whole meaning of the law, every whit pointing to that great and last sacrifice; and that great and last sacrifice will be the Son of God” (Alma 34:14, emphasis added).

If the Nephites thought that every aspect of the Law of Moses pointed to Christ, this poses the question: Are there any concrete examples of how the Nephites connected the Law of Moses to Christ? One possible example is found in Alma 30:2–3: “after they had buried their dead, and also after the days of fasting, and mourning, and prayer ... there began to be continual peace throughout all the land. Yea, and the people did observe to keep the commandments of the Lord; and they were strict in observing the ordinances of God, according to the law of Moses.”

According to Numbers 19:16, anyone who touched “one that is slain with a sword in the open fields,” including those burying the dead, were unclean for a week. Mormon’s statement about “the days of fasting, mourning, and prayer” suggests that there was a fixed number of days assigned for this. This may have been the week of uncleanness mentioned in Numbers. When this week of ritual purification was over, the Law of Moses said that an individual was supposed to wash themselves in water mixed with the ashes of a completely red cow (Numbers 19:17–18).

The reference to the Law of Moses in Alma 30:3, immediately after Mormon’s description of Nephite burial practice, suggests that the Nephites did indeed observe this ritual, although possibly in a slightly modified form, as red heifers may have been hard to get in the Americas.3 But what do red coats, dead bodies, and ashy water have to do with Christ?

Numbers 19:2 commands the priest to sacrifice a completely red heifer as part of this purification ritual. According to Mosiah 3:7, Christ bled from every pore when He atoned for our sins, which would have made Him almost completely red from head to toe.4 When the priests burned the red heifer, they threw cedar wood, hyssop, and scarlet into the fire with the sacrifice (Numbers 19:6). Although no one knows what kind of wood Christ’s cross was made out of, cedar is a very likely option.5 John 19:29 records that Christ was given something to drink on a stick of hyssop while He was on the cross, and Matthew 27:28 states that He was given a scarlet robe immediately before He was sent to be crucified.6

Finally, the red heifer was sacrificed outside the camp (see Numbers 19:3). Christ, was also sacrificed outside the walls of Jerusalem, as noted in the New Testament: “for the bodies of those beasts, whose blood is brought into the sanctuary by the high priest for sin, are burned without the camp. Wherefore Jesus also, that he might sanctify the people with his own blood, suffered without the gate” (Hebrews 13:11–12).

The similarities between the sacrifice of the red heifer and the Atonement of Christ teach us that no matter what we have been through, Christ can make us clean again. Throughout the rest of Alma 30, Korihor insists that the prophecies about Christ are all false. However, the juxtaposition of one of the more obviously Christian portions of the Law of Moses and Korihor’s denial of Christ show how ridiculous this claim is. It also suggests that Numbers 19 was one chapter of the Law of Moses in which the Nephites saw Christ's sacrifice clearly and distinctly, years before He was born.

In today’s world, Christians offer up “a broken heart and a contrite spirit” rather than animal sacrifices (3 Nephi 9:20). But reading the Law of Moses the way the Nephites did, with Christ in mind, can help us to find meaning in scriptures that may not seem to relate to modern life. If the Law of Moses can teach us about Christ, then it is worth studying carefully, even today.

Elder Jeffrey R. Holland has stated that “the most plain and precious of all truths lost from the ... Old Testament ... are the clear and unequivocal declarations of the mission of Jesus Christ.”7 Ultimately, he asserts, “the Book of Mormon’s highest purpose is to restore to the universal family of God that crucial knowledge of Christ’s role in the salvation of every man, woman, and child who now lives, has ever lived, or will yet live upon the earth.”8

The Book of Mormon allows us to understand the crucial role of Christ in profound and beautiful ways. When we read the Law of Moses the way the Nephites did, and see Christ in every verse of it, the Law of Moses can become a nearly-limitless source of insight into the power of Christ’s Atonement in our lives.