Book of Mormon Central / KnoWhys
How Does Chiasmus Teach Us to Reverse the Pride Cycle? 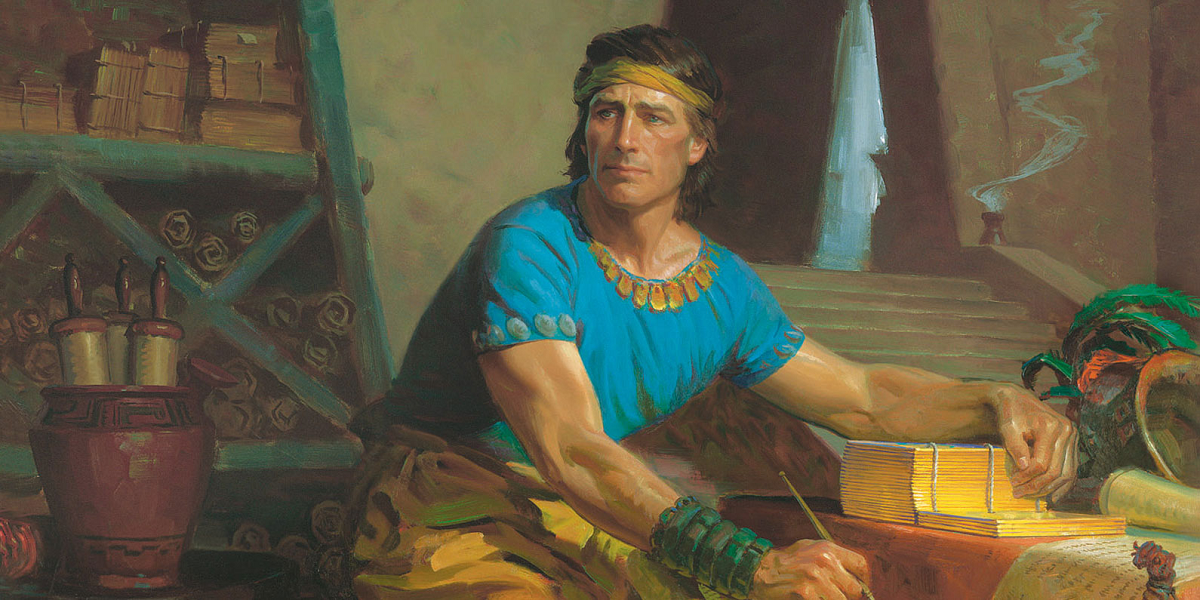 Mormon Abridging the Plates by Tom Lovell. Image via LDS Media Library
“And they began to grow exceedingly rich. But notwithstanding their riches, or their strength, or their prosperity, they were not lifted up in the pride of their eyes.”

One way that the Book of Mormon provides a valuable view of history is that it records the spiritual condition of various peoples over the course of many generations. Mormon, as the primary abridger and editor of this lengthy record, was particularly aware of how the Nephites’ degree of pride or humility cycled over time.1 One of Mormon’s historical summaries stands out, in particular, because it emphasizes how the typical transition from receiving blessings to engaging in prideful behavior was avoided.2 This summary, found in Alma 62:48–51, uses a chiasm to emphasize this point:3

While the outer layers of this chiasm concern the prosperity that the people were experiencing, the central elements (D and D’) emphasize what the people did to avoid the pride that usually follows such prosperity. In each central element, the concept of being humble or “not lifted up” is coupled with the people’s remembrance of God’s blessings, suggesting a direct relationship between these concepts.4

Notably, this chiasm alludes to words in Lehi’s famous prophecy about prosperity, which were picked up on by other Nephite prophets and repeatedly expressed throughout the Book of Mormon.5 As the following chart demonstrates, in many of these restatements the concepts of remembering or forgetting are directly related to prospering in the land or being cut off from the Lord’s blessings.

The way that the chiasm in Alma 62:48–51 connects to other passages that discuss Lehi’s promise of prosperity, as well as its shared inner/outer elements with Alma 36, suggests that its structure is both sophisticated and intentional. Recognizing a chiastic structure focuses our attention on words and key themes that their writers wanted us to note in particular. This helps us better understand the original intent of the Book of Mormon’s authors, which we otherwise might not have absorbed so completely.7

Chiasmus can also emphasize a reversal. At the turning point, the text reaches a climax or pinnacle and from that point it reverses its path and returns to the point of departure. In the process of this thought pattern, the reader is able to see the original idea in a new light. In this way, chiasmus helps listeners to turn around and go in a better direction. A famous chiastic proverb says, “Those who fail to prepare, prepare to fail.” This saying has power precisely because it stops people in their tracks and turns them around.

Typically, the Nephites experienced pride, wickedness, and destruction after periods of righteousness and blessings. In this instance, however, remembering the Lord helped them avoid this negative cycle. They steadily increased in both righteousness and prosperity, without having to be humbled first by war, famine, or some other type of destruction. The underlying chiastic structure in Alma 62:48–51 helps readers to similarly stop their regression deeper into the pride cycle and reverse that course headed to disaster. It shows how remembering the Lord—particularly the way He has blessed us—can help us retain humility in times of prosperity, just as the Nephites did. 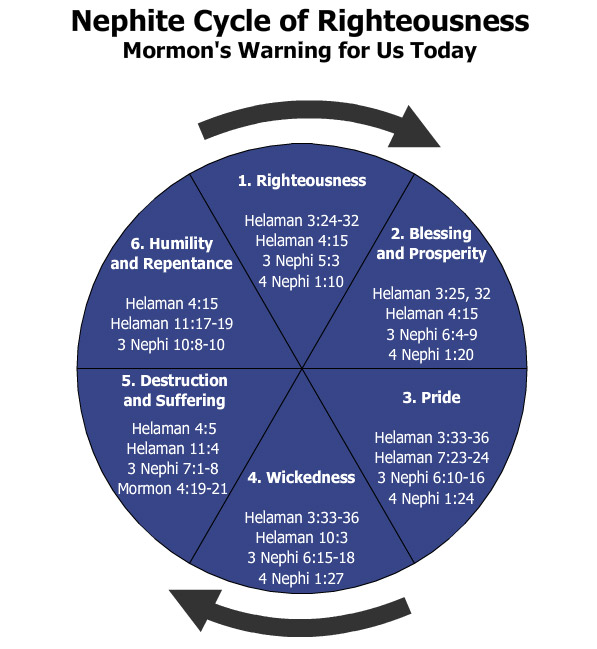 Readers today can learn much from this chiastic message. While there is still much poverty in the world, many societies have been blessed beyond anything that previous generations have known. Technology and science have led to advances in food production, medicine, communication, transportation, health practices, and many other unprecedented blessings.

If we are not careful, however, we will face the same types of humbling tragedies recorded in the Book of Mormon. As Elder Joseph B. Wirthlin has taught, “There is something about prosperity that brings out the worst in some people.”8 Fortunately, the chiasm in Alma 62:48–51 shows that remembering the Lord and keeping his commandments brings out the best in people, even in times of great prosperity. By entering into sacred covenants to remember the Savior,9 and then by keeping those covenants, we can remain humble and grateful, even during the most prosperous of times.

Louis Midgley, “To Remember and Keep: On the Book of Mormon as an Ancient Book,” in The Disciple as Scholar: Essays on Scripture and the Ancient World in Honor of Richard Lloyd Anderson, ed. Stephen D. Ricks, Donald W. Parry, and Andrew H. Hedges (Provo, UT: FARMS, 2000), 95–137. 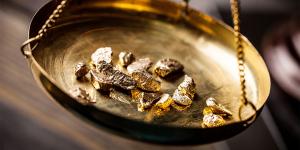 Why Does the Book of Mormon Warn Against Seeking after Riches?
May 30, 2019 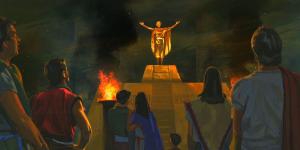