How Do the Book of Moses and Book of Mormon Help Us Understand the Endowment?

Because the LDS Temple Endowment ceremony is so important to members of the church today, one might wonder why it is not mentioned often in the scriptures. The most likely answer to this question is probably that the Book of Mormon authors wanted to help keep the specifics as sacred as possible. However, something like the endowment appears to be alluded to often in the scriptures and can help us appreciate the endowment more. Elder Neal A. Maxwell of the Quorum of the Twelve Apostles stated:

“According to the Prophet Joseph Smith, the crucial holy endowment was administered to Moses ‘on the mountaintop.’ President Joseph Fielding Smith expressed the belief that Peter, James, and John also received the holy endowment on a mountain, the Mount of Transfiguration. Nephi, too, was caught up to an exceedingly high mountain (see 1 Nephi 11:1) and was instructed not to write or speak of some of the things he experienced there (see 1 Nephi 14:25).”1 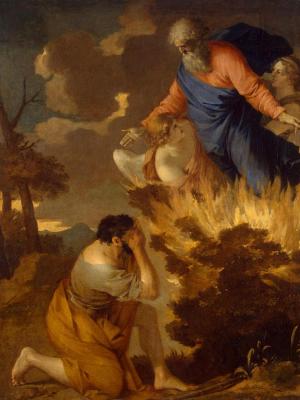 Elder Maxwell’s quotation suggests that both Moses and Nephi experienced something like the Endowment ceremony in ancient times. One clue that helps us identify and appreciate such sacred moments in scripture is the presence of a mountaintop experience. This assertion is borne out in both the Book of Moses and the Book of Mormon.

Jeffrey M. Bradshaw2 has noted, “The details of Moses’ experience in chapter 1 place it squarely in the tradition of ancient ‘heavenly ascent’ literature” which “portrays prophets who experience actual encounters with Deity within the heavenly temple.”3 This may be reflected in Moses 1:1, when Moses was “caught up into an exceedingly high mountain.” As Stephen O. Smoot has noted, “Immediately we have a description that characterizes this as a temple-ascension text. The tops of mountains were symbolically linked with the temple in the ancient Near East. Not only that, but the divine assembly of God is also depicted in the Hebrew Bible as being on the top of a mountain.”4

In the Book of Mormon, Nephi was, “caught away in the Spirit of the Lord, yea, into an exceedingly high mountain” (1 Nephi 11:1), almost exactly the same words used to describe the event in Moses 1. The Spirit then asked Nephi if he believed the vision of his father (1 Nephi 11:4).5 When Nephi said he did, the Spirit gave Nephi a vision similar to his father’s in 1 Nephi 8.6 According to Biblical scholar David Bokovoy, this encounter “echoes an ancient temple motif” and forms a “template for depicting an official encounter between witness and worshiper in preparation for the introduction to advanced revelatory truths.”7 This template shows up several times in the Book of Mormon.

“Nephi participated in a celestial ascent to an exceedingly high mountain possessed by the most high God ... Nephi’s exchange with the Spirit of the Lord provides a dramatic portrayal of the faith necessary to receive introduction to advanced spiritual truth. Through his testimony, as born to the Spirit of the Lord, Nephi proved himself worthy to pass by the heavenly sentinel and enter the realm of greater light and knowledge.”8

The knowledge that both Nephi and Moses received is similar to what President Ezra Taft Benson described to a general audience at BYU as the key covenants of the temple. These are “the law of obedience and sacrifice, the law of the gospel, the law of chastity, and the law of consecration.”9 Moses 5:1–6 emphasizes obedience, verses 4–8, 20 discuss sacrifice, verses 58–59 cover the gospel, chapter 6:5–23 explains chastity, and 7:18 is the classic text on consecration.10

Nephi receives this same information in symbolic form. In 1 Nephi 11:25, Nephi saw that obedience to the word of God, represented by the rod of iron, leads to the tree of life. Verses 32–33 reveal the Lamb of God being sacrificed for the sins of the world. This is an especially fitting image, as it was lambs that were sacrificed under the Law of Moses. 1 Nephi 13:24–36 mentions the gospel seven times. Verses 7–8, 34, and 14:10–17 discuss literal and symbolic violations of the law of chastity. Verses 13:7–8 also discuss the violation of the law of consecration as seen through the Abominable Church’s love of riches.11

Images of rooms inside an LDS temple

As we make covenants with God, we can look back on the long line of faithful saints who went before us and appreciate the similarities between our temple experiences and theirs.15 Our time in the temple can be just as powerful as Moses’ and Nephi’s time on their mountaintops if we are prepared to enter into a solemn covenant to keep all the laws mentioned in the Endowment and to receive all the revelations and blessings God is willing to give us.

The accounts of Moses and Nephi remind us all of the significance of the temple. In these sacred buildings, we are symbolically being invited into God’s presence to partake of all that He has to offer us. We should all strive to think a bit more about the grandeur of our temple experiences and remember that when we are in the temple, the house of the Lord, we follow in the footsteps of Moses and Nephi and are truly in the company of God and stand in holy places.16

Jeffrey M. Bradshaw, "Why Did Moses Seem to Repeat the Same Experience Twice in His Vision?" KnoWhy OTL01A (January 6, 2018).

Jeffrey M. Bradshaw, “The LDS Story of Enoch as the Culminating Episode of a Temple Text,” BYU Studies Quarterly 53, no. 1 (2014).